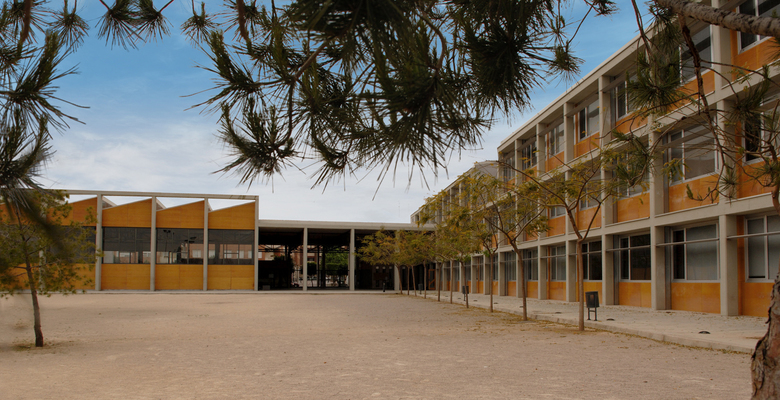 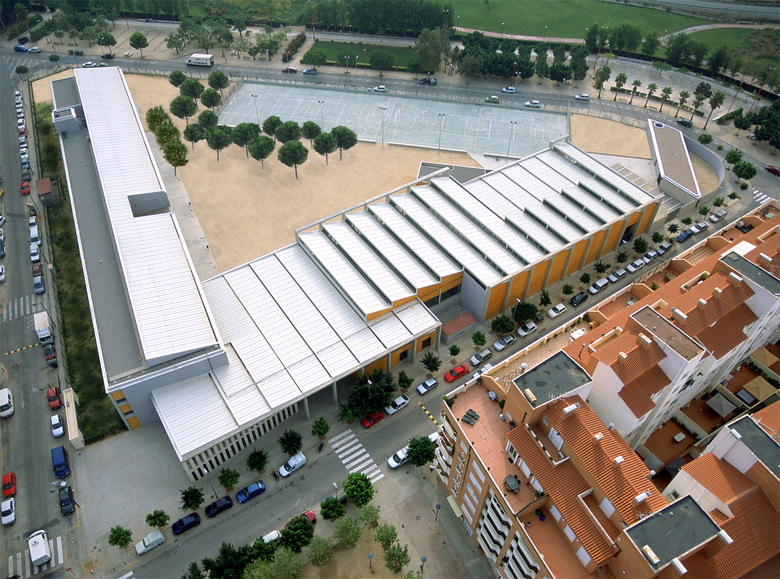 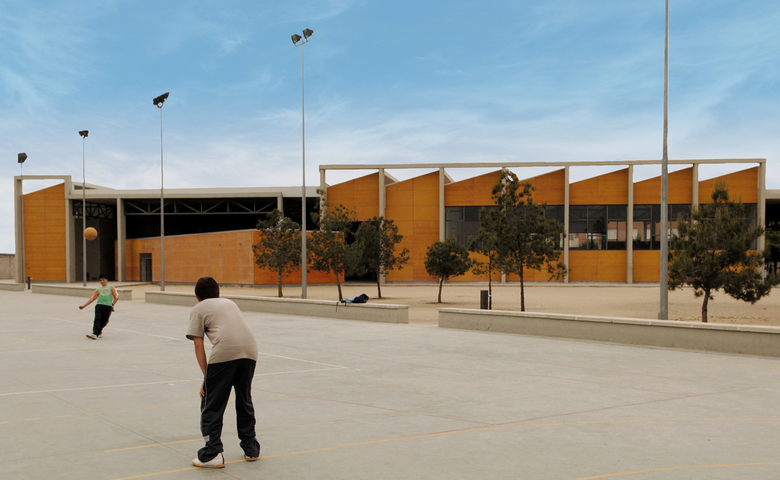 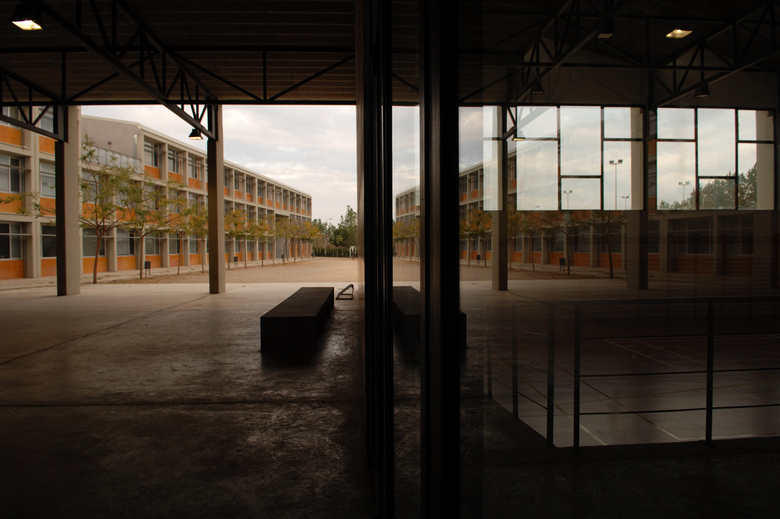 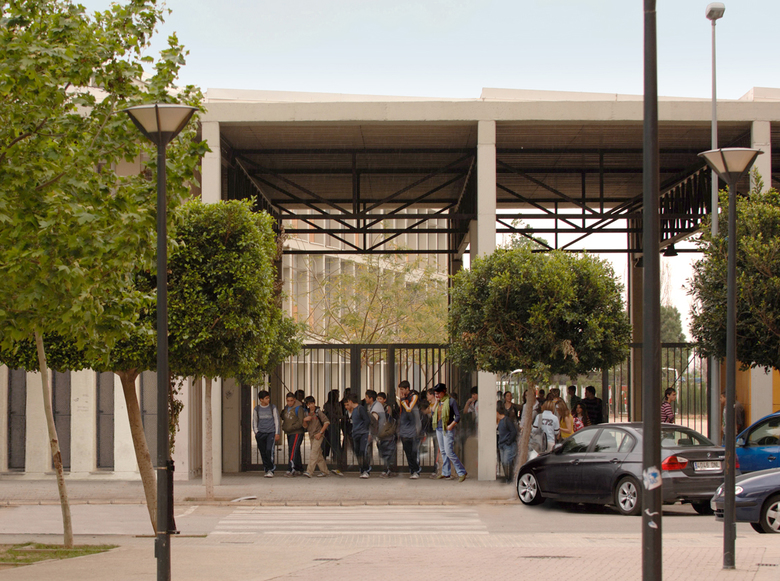 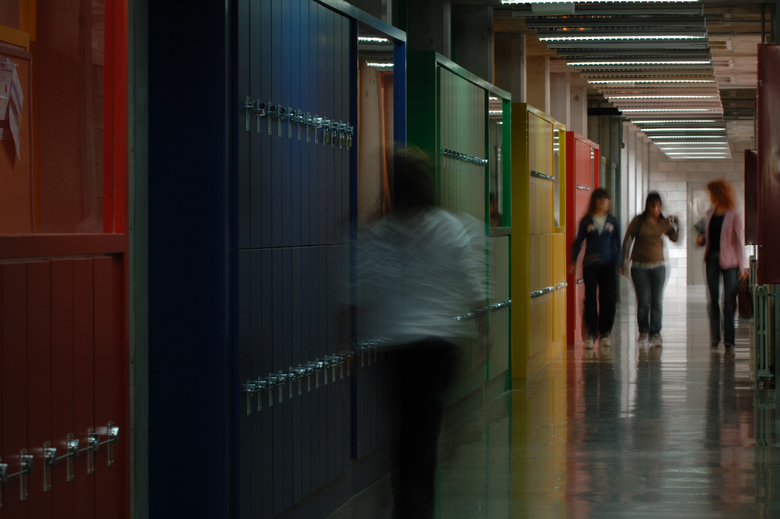 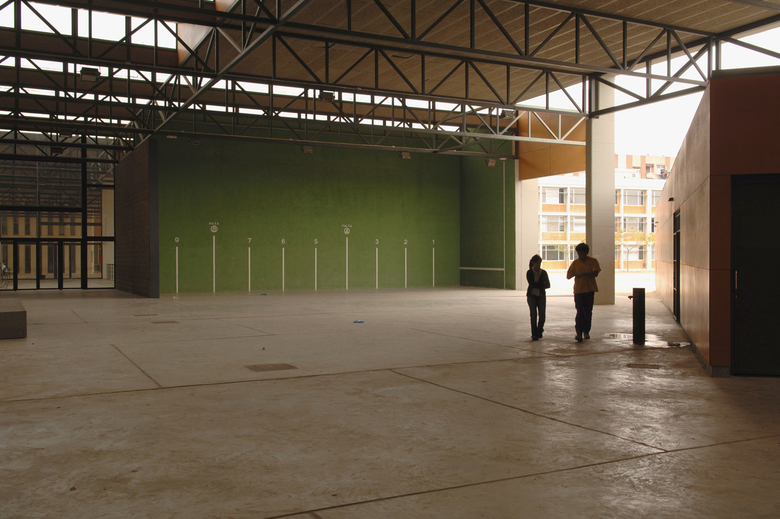 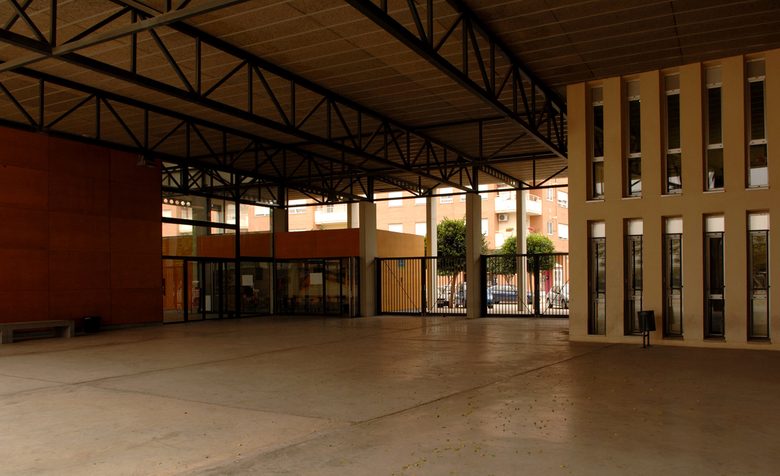 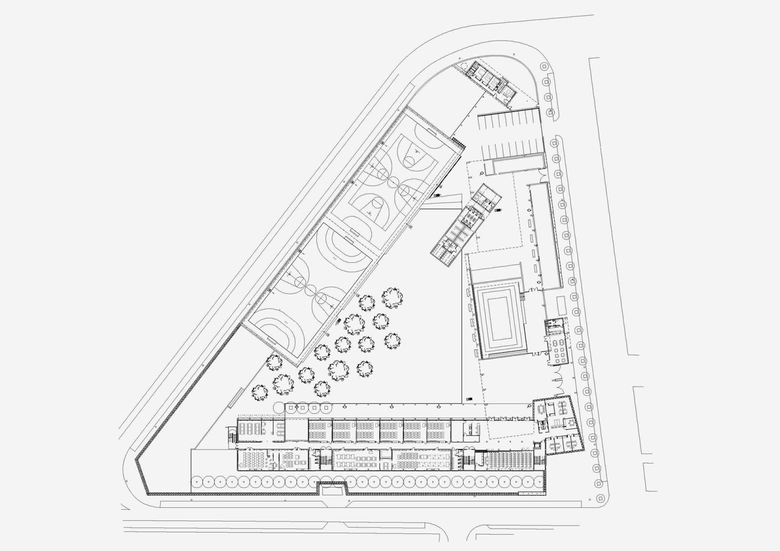 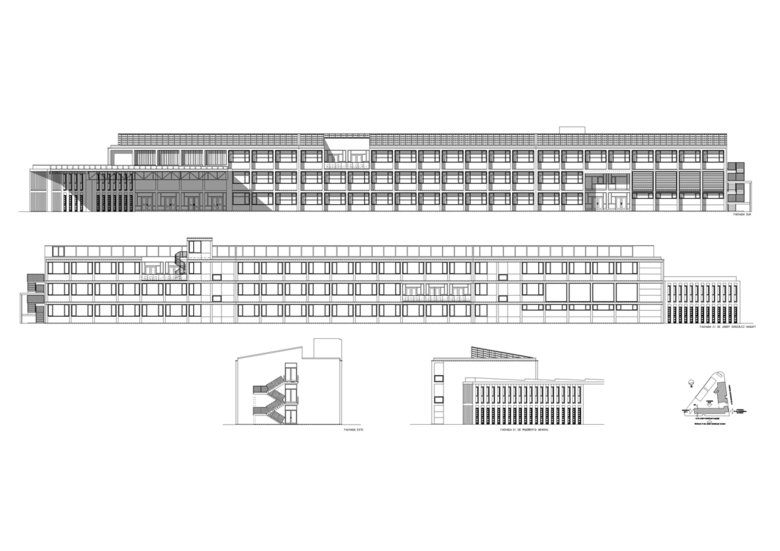 The new school is arranged into two buildings that line two residential streets. The triangular site has views facing south-east, towards the open spaces of the Alameda de las Autonomías and the freshwater stream.
The new building acts as a boundary to the urban development, while offering a third façade to the Libertad plaza.
The classroom building is structured linearly over the ground floor and two upper floors. The future planned expansion will extend and totally occupy the front of the site. The north/south orientation of the façade enables the classrooms to be occupied permanently during the day, and the workshops, laboratories and other facilities that are facing north, are used less frequently.
The classroom windows are double glazed with low-emissivity glass, and integral metal venetian blinds. A system of large outdoor shutters makes up an exterior lattice which controls the sunlight in the library.
The elimination of some classrooms creates porches and roofs at various points on different floors in the building, creating spaces that light and ventilate the corridors.
A louvre system incorporated into the interior classroom walls facilitates cross ventilation.
The main entrance to the centre and to the indoor sports hall can be found under a large porch. This shelter only serves the areas corresponding to the sports centre and the cafeteria. Games such as frontón, galotxeta and trinquete can be played around a covered square; a space for games when protection from the sun or rain is required.
The main access to the site is located at the meeting-point of the two buildings forming the façade on to the Libertad plaza, where independent access to additional classrooms and school facilities are concentrated. The building that houses the administrative and management offices formalizes access to the building while symbolically and effectively controlling it.