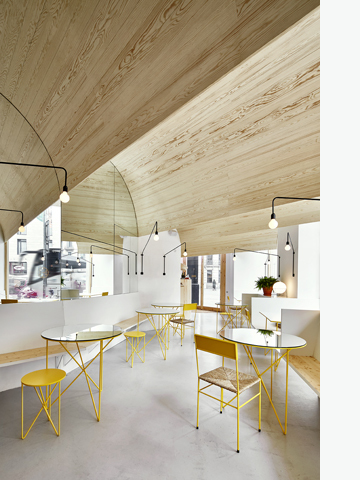 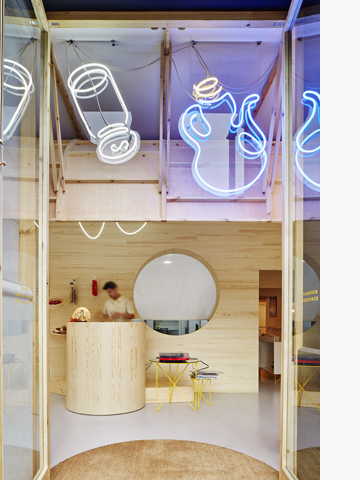 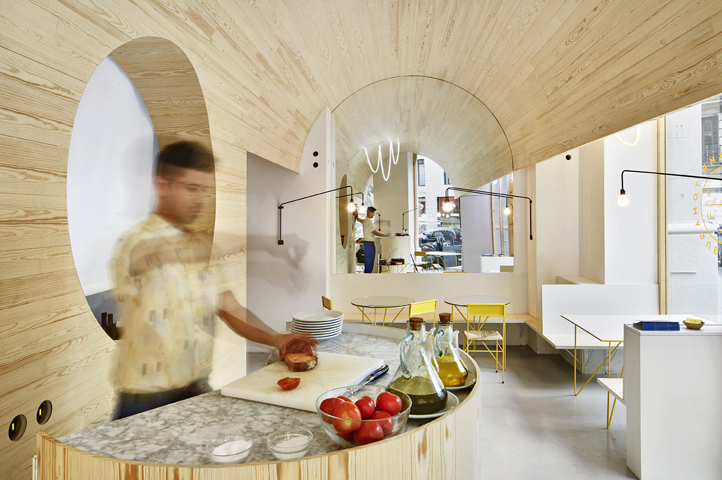 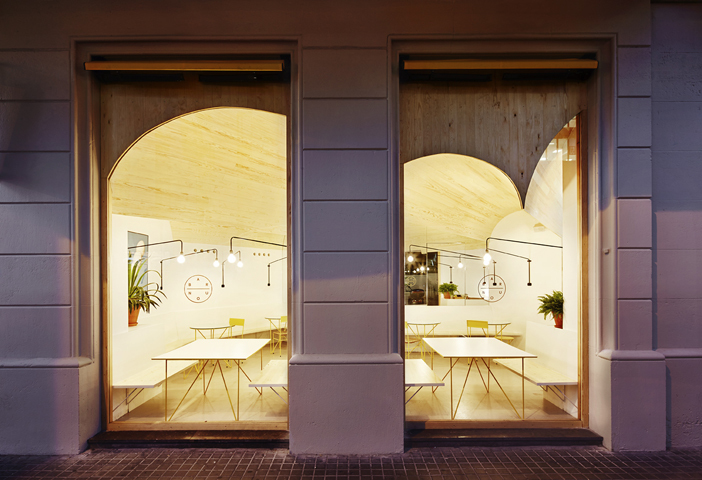 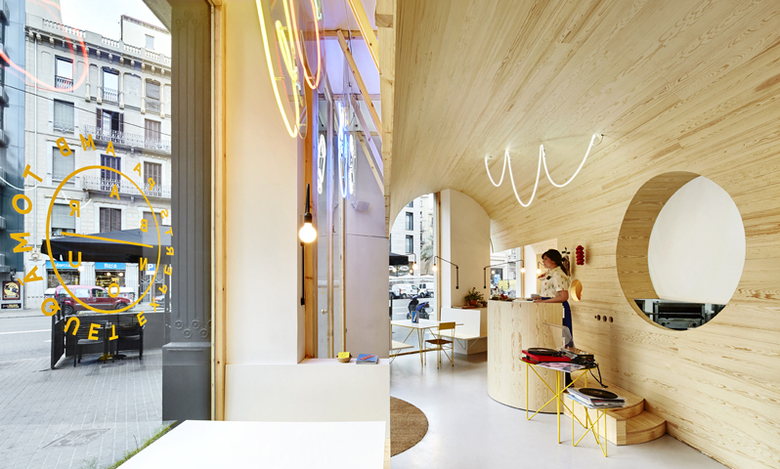 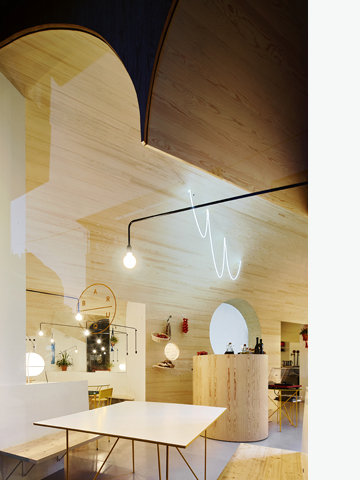 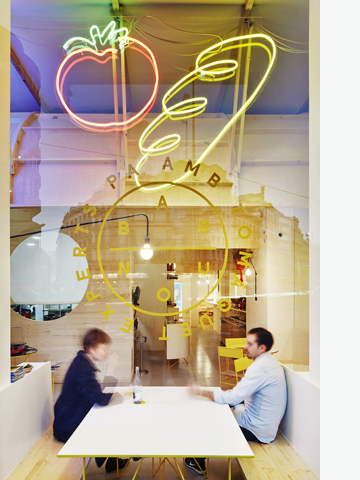 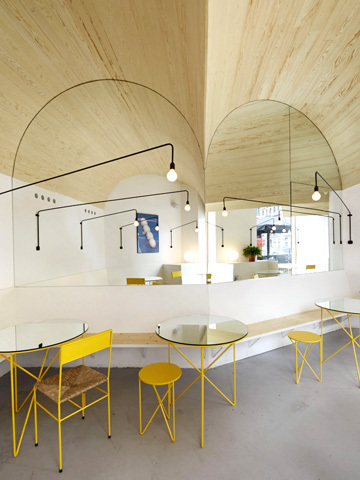 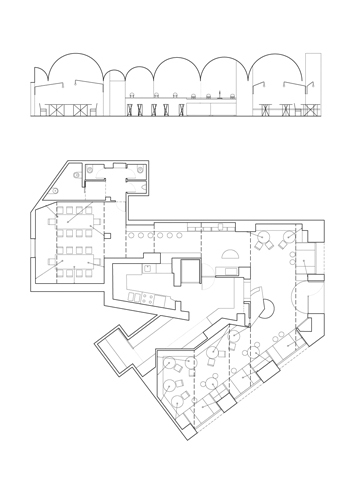 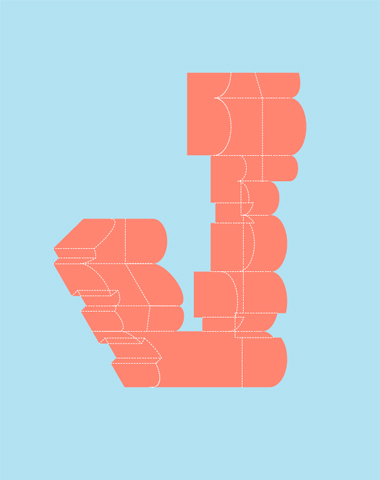 The refurbishment of the existing space, located near the center of Barcelona, demanded the creation of a new and easily recognizable spatial identity. To that end, a new vaulted ceiling system was created in order to provide domesticity while keeping a continuous perception of space. The system can be extended, reduced or repeated in other locations without losing its identity. The ceiling vaults are extended up to the front line of the façade and intersect the windows and the walls in a free way. Thus, the encounter of the vaults with the preexistence is made visible through the windows, which render visible the section of the interior space and its domestic atmosphere. On the access facade the timber frame of the ceiling is shown in order to make clear its non structural nature and strengthen its scenographic nature.