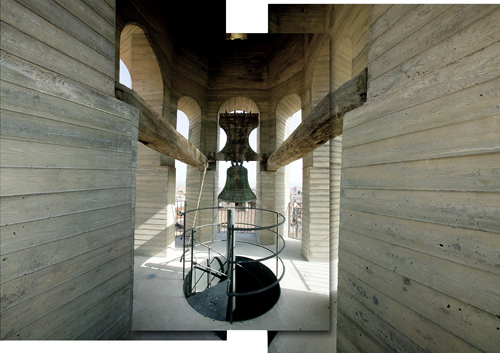 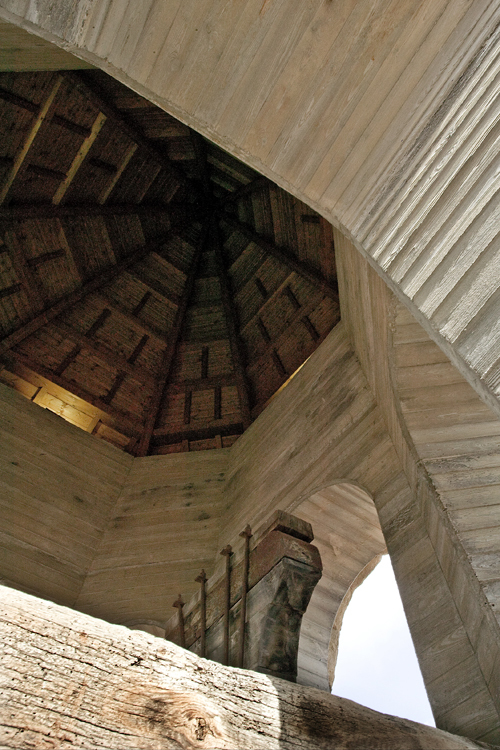 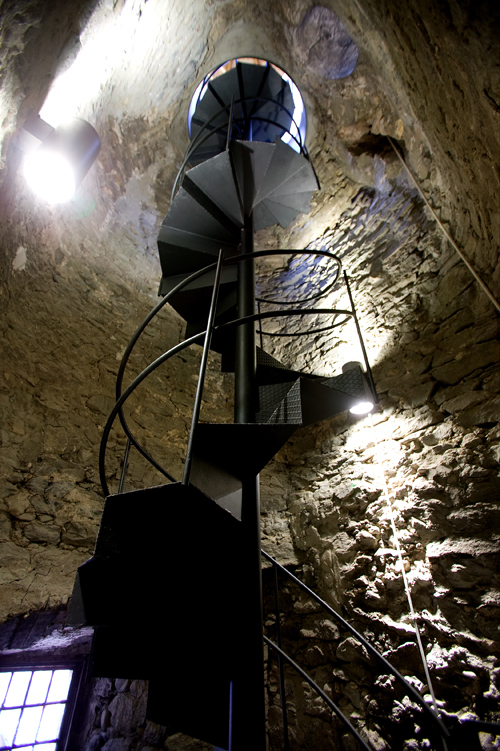 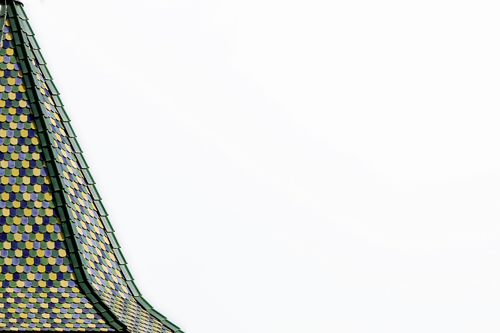 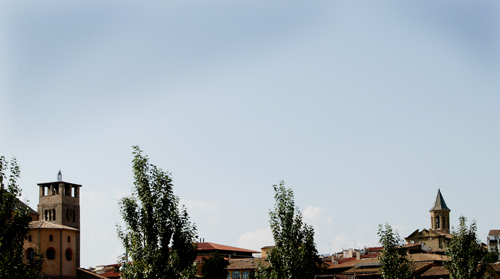 The Pietat’s church is an emblematic work of the baroque architecture Vic. The belfry is one of the elements that mark our skyline. It’s a true referent, because it shows from a lot of kilometers of distance, the placement of the roman temple situed on the highest point of the small hill where Vic was been erected in s. I a.C.

The project wanted to retrieve the original image of Pietat’s belfry, even the inclined cover of ceramic tiles, typical of the baroque’s period (1695) removed during the second Carlist war (1846-1849). Successive interventions have closed the arches, and they have made new floors to access to the new flat cover. The stone of Folgueroles of the structure was damaged but it was in accord to the church façade and the look of the rest of the old city appearance.

Historical memory: In the old historic center of Vic, just in the Pietat’s, we can find Pietat’s church. This church was constructed in 1614 by Josep Morató i Pujols in the baroque style. The façade is heritage of Sant Sadurní’s church, the church was before in this place and was buried by the new construction of Pietat’s church. The sculptures were made between 1680-1685 by Joan Francesc Morató. The chapel is covered by a dome dedicated to the Martyr saints, with paintings made by Marià Colomer.

Description of the belfry. In 1687 the works for the construction of the belfry were started and in 1695 they was finished with the construction of the needle. In 1775 the watch is placed there. It’s a square floor building. It rests on the chancel on the west side and it forms an octagonal tower over the temple. On the superior part the belfry has 8 round arches like windows and a rail which contented the sphere of a watch. When the parish of the Pietat (1877) is created, the façade was really spoiled and it’s rehabilitation was entrusted to J.Artigas (1883).

The structural intervention has consisted to empty the octagonal plant of the belfry from the to until the start level of the arches, taking out the wall that bricked up them since the last intervention.

The lack of Folgueroles stone’s resistance, extremely sandy, makes us to design an interior skin of reinforced concrete (formwork with laths of sanded wood) that embraces all stone: pilasters, arches and cornice, giving them more stability and creating a piece that can support the new inclined cover. With this new structural element, the outer stone is converted to a simple coating and its degradation will not affect the structural building stability.

The access: the staircase. An existing hole in the vault that supports the arches level allows to replace the original spiral staircase, this took up the interior of one belfry façade, for a light spiral staircase placed in the middle of the space. This action allows to retrieve a monumentally space undervalued and the opening of all the walled arches and give to the visitors a 365º visual of the city.

The cover: The key element of the intervention has been the reconstruction of the original inclined roof. To decide the roof proportions we have studied old engravings and 18th and 19th centuries paintings of the city of Vic (pictures that contents the original state of this roof) and we have studied other baroque belfries with similar covers. The new structure is made with laminated wood on the interior face and covered with pottery tiles, these are an imitation of the original ones and they was made by the ceramist Antoni Cumella. In the church, the most part of the original colour tiles are still preserved, but  they are not able to be reused because they are damaged. From the three original colours we have chosen six tones in order to give it a timeless aspect to the final finish.