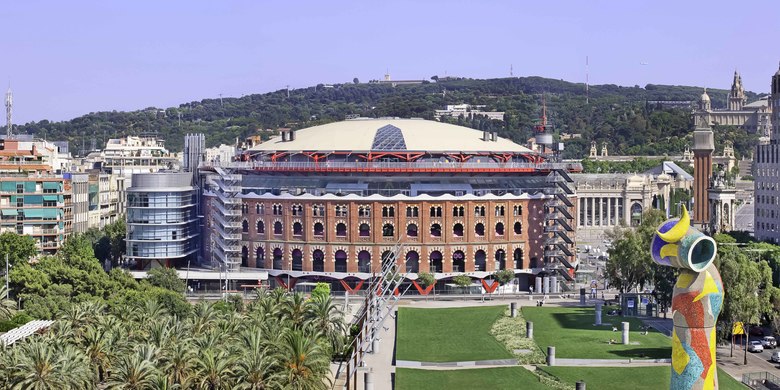 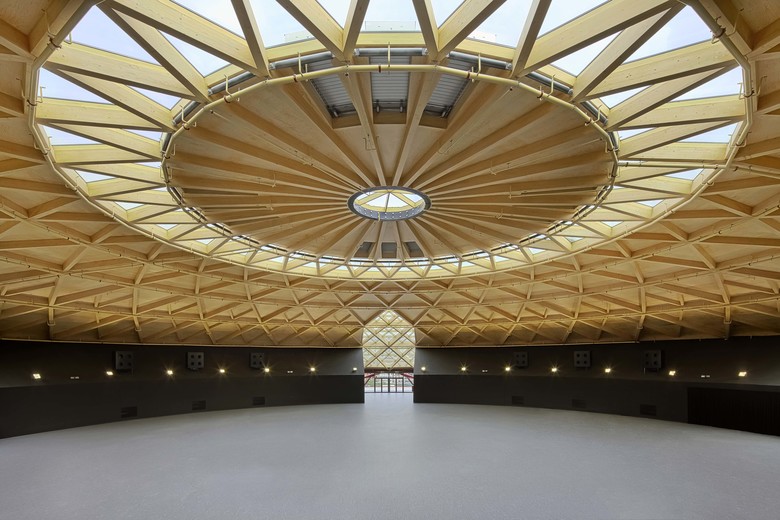 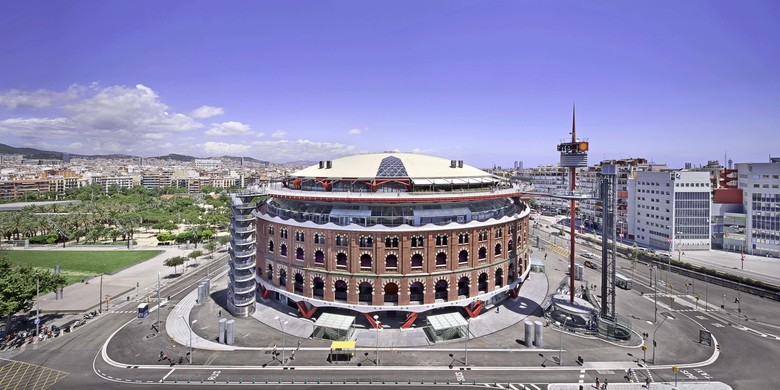 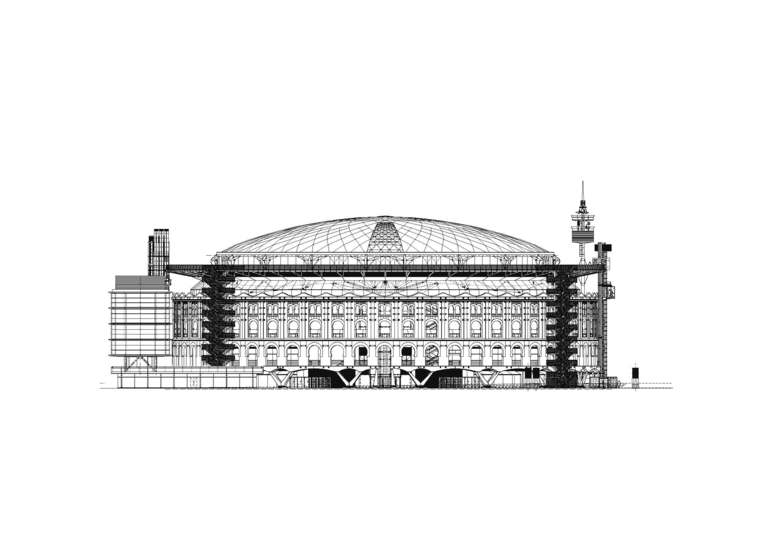 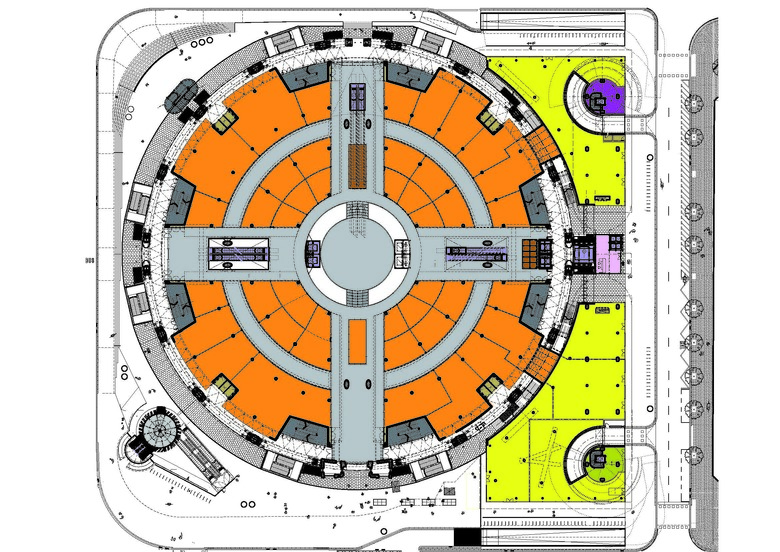 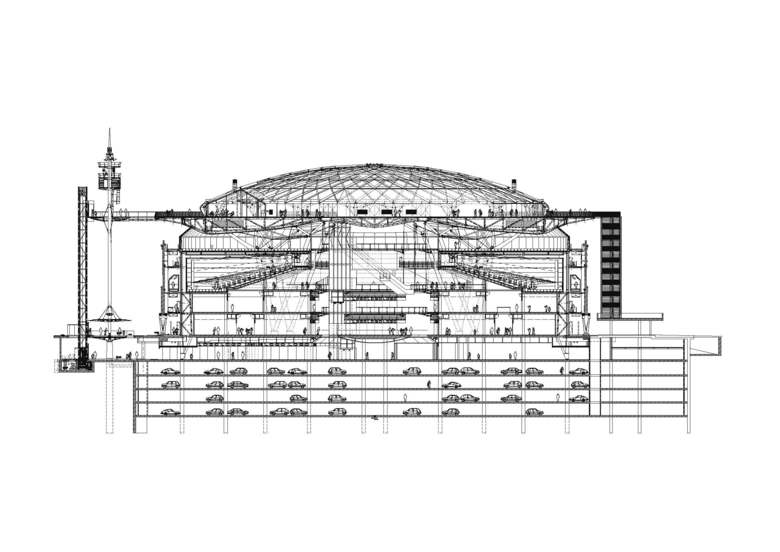 In spite of the fact that the former bullring, in disuse since 1989 and with a neo-mudéjar style, didn’t actually have high architectural value, it was clear that, being poised in such an impressive location for more than a century, this site was really in the minds of every citizen, and its symbolic value lead to a suitable preservation. That’s why the architectural answer, already from the first outlines, was orientated towards its maintenance as a second skin of the new building. Nevertheless, such preservation met great technical complexity: first, an evident physical deterioration; second, a strange height, four meters above the nearby streets. The technical effort was worth it, in the end to present a strong, atypical cylindrical form. In order to create a new façade under the existing one, a large perimeter route of reinforced concrete, where the top weight rests, was built. Also a temporary measure, the whole façade rests on a metallic circular crown, due to its very thinness. Once the façade is restored it will become a double skin that will remain apart from direct contact with the new building, creating a metallic circular walkway, held by braces, with a triple function: the tightening of the set, an emergency route against fire and the storage of services, facilities and provisioning. Likewise, the fourth floor will feature a jogging track. Definite singularity for a Barcelona equally singular. The building will have an enormous central hollow, like a reception hall to all the activities, commercial and leisure, in the complex, from which the life and effervescent movement of the complex can be easily observed. Tailored visuals, always assured and sought after in the design. The deck of the building will be another of the great challenges of technical and structural resolution of this project, since it separates from the rest of the building, in order to highlight its sense of floating. One of the largest domes in Europe will be set there, with a multitude of uses and possibilities, as well as a perimeter walk where everyone will enjoy the magnificent views of Barcelona, 27 meters high, with a distance of more that 300 linear meters. Barcelona has always lacked domed spaces, so this will emphasize the singularity of a suggestive coronation. The access to this deck level will be located in an annex tower placed in the bevel of Gran Via and Tarragona Street, giving direct connection from underground access level (in technical study). The intense functional promiscuity of the building will lead to an interesting empowerment of uses in the huge surrounding space of Fira de Barcelona, giving shape to an urban development linked with Parc Joan Miró and the solid axis of Tarragona Street.