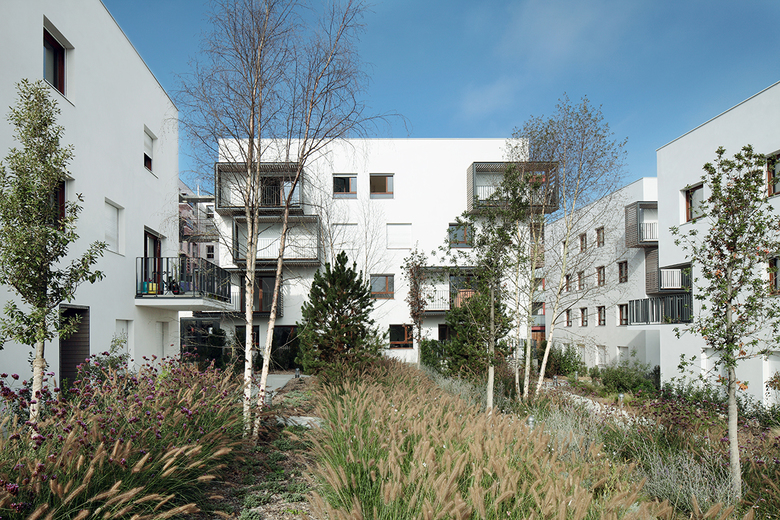 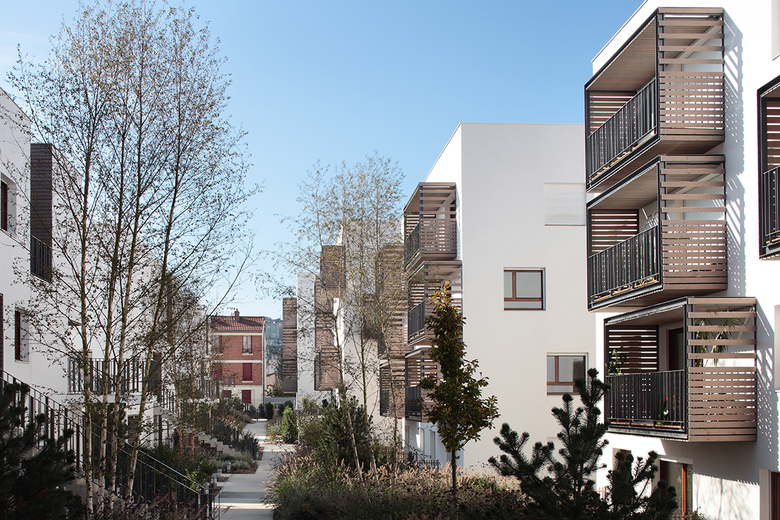 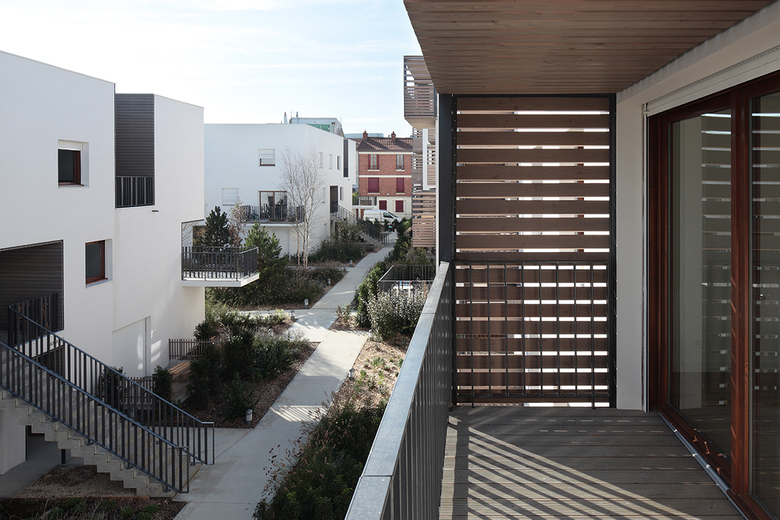 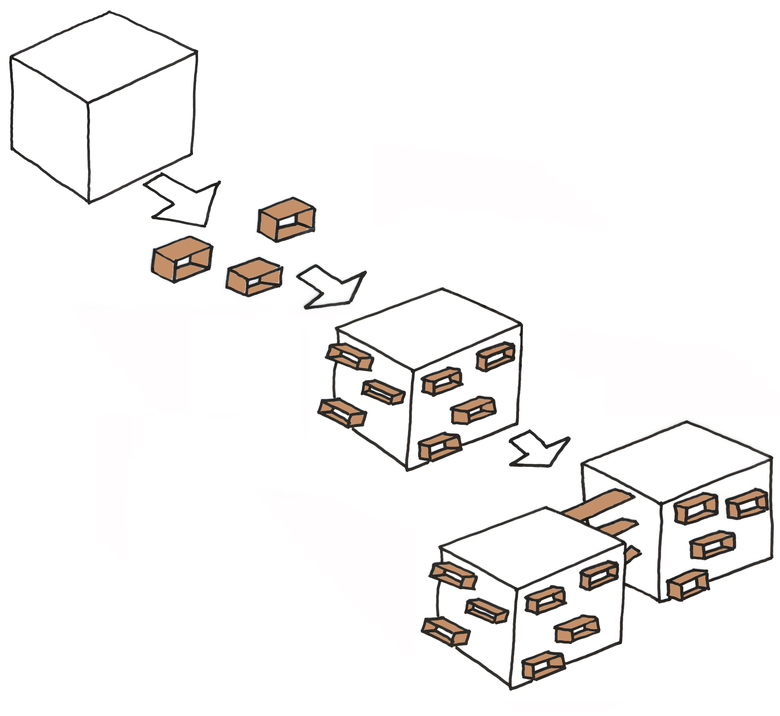 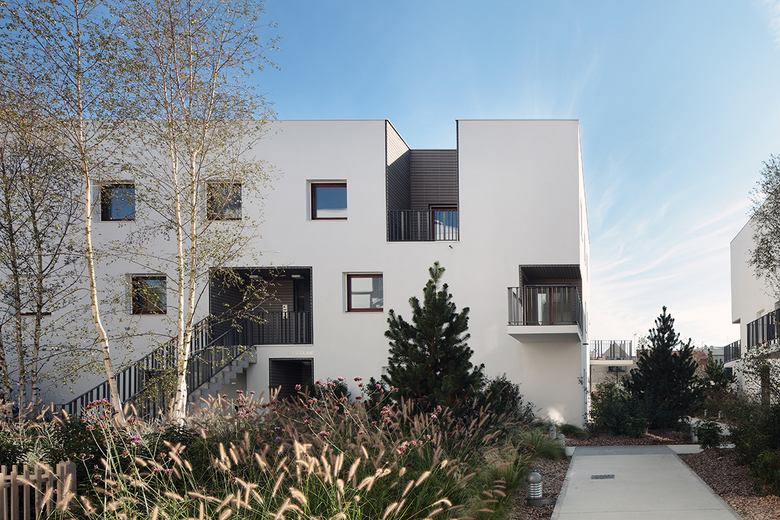 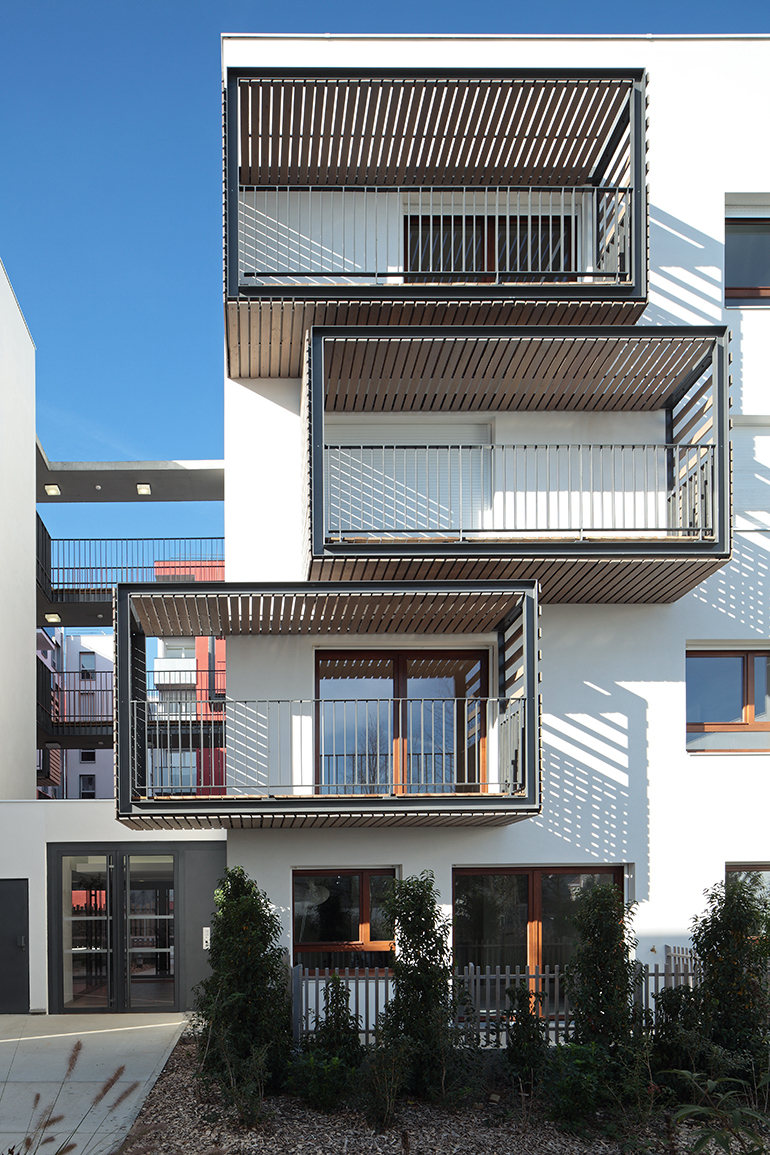 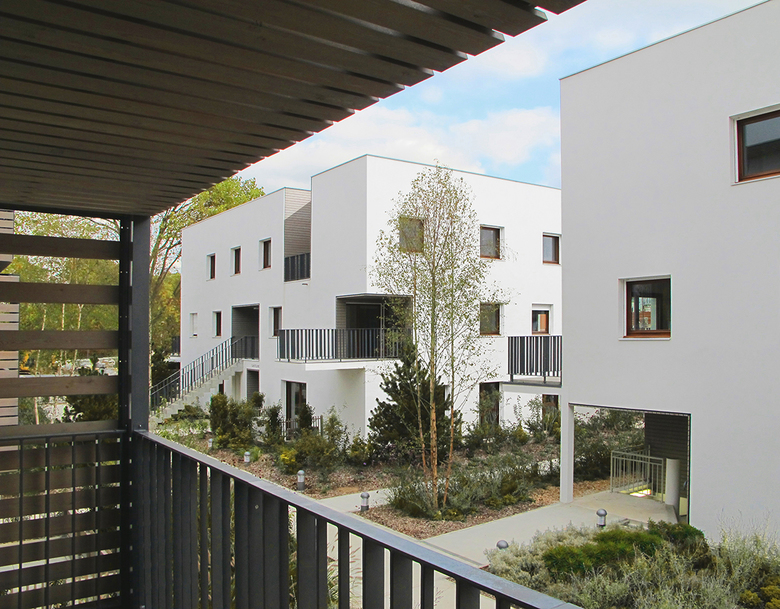 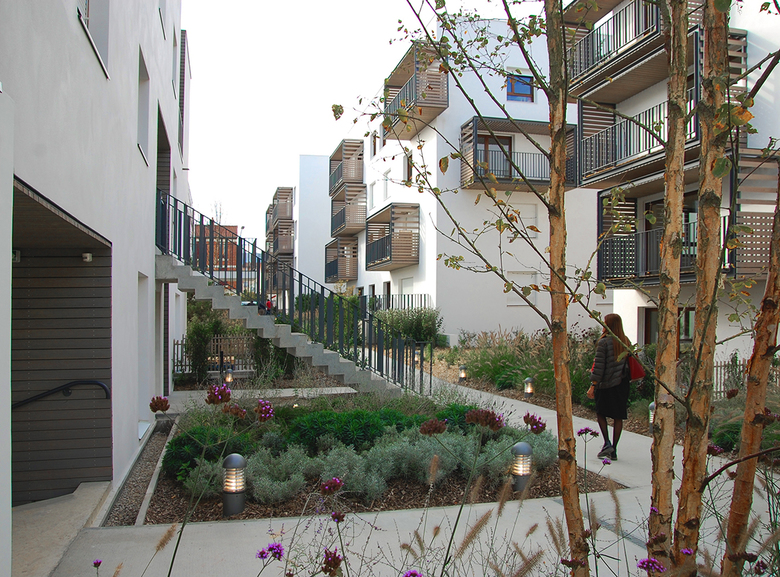 The urban challenge of the Eco-Quartier Carnot-Verollot consists mainly in re-vitalising an area that was “disconnected” from the rest of the city of Ivry-sur-Seine due to the imposing presence of the Parisien d’Ivry cemetery. The project was tackled as a real process of urban connection between a large housing area north of the plot in question and the extension of small single-family homes on the south. The meticulous work undertaken aims at preserving the spirit of small existing constructions in the area, simultaneously proposing positive reflection on urban densification and compactness.

The study’s conclusions regarding the strong lines of the urban environment adjacent to the area in question points to the need of creating urban permeability, thus avoiding the foreseeable “hardening” of empty space caused by the appearance of relatively taller buildings along the street, as highlighted by the Local Urbanism Plan.

The alignment of buildings along the Rue Carnot suggests a basic way of understanding green spaces as an infrastructure to define the public space (PS) as well as the shared public space (SPS) surrounding the project. This concept materialises in a landscaping stretch that connects the Eco-Quartier with the cemetery, likewise enhancing its potential as a green lung.

After a brainstorming and consulting process with the Town Hall services, social agents and residents, we propose a public space featuring a children’s playground and an urban garden along a pedestrian street running east/west and a north/south passage. This human and urban structuring element provides a connection with the adjacent town of Kremlin-Bicêtre on the north and the western districts of Ivry-sur-Seine. In short, the urban element that enhances the value of the proposal is the public space, which functions in this project as an exchanger and element of core relationships between the various buildings.

The entire Eco Quartier aims to promote social cohesion among new residents and existing neighbours in the district through the variety of housing types and the social profile of future residents. This is done by locating for-sale housing, rental and sale social housing and a residence for working young people, all in the same urban context. This diversity in types of housing includes — in this first phase of the project — residential units with direct access to common private gardens through exterior stairs and residential units connected by exterior passages that enhance vertical circulation while creating spaces for social contact. Efforts are thus focused on housing type diversification and cost optimisation to end up with a diversity of residents.

The urban project frees up land space to give priority to open spaces and favour the potential for growth of low-maintenance plant species, transforming the green space into an infrastructure that connects the public space (PS) with the shared private space (SPS) of the various ecosystems that comprise the various phases of the Carnot-Verollot Eco-Quartier.

The project is part of the PUP Association of Urban Projects and has received the HQE and Qualitel HPE and BBC 2005 environmental certificates.