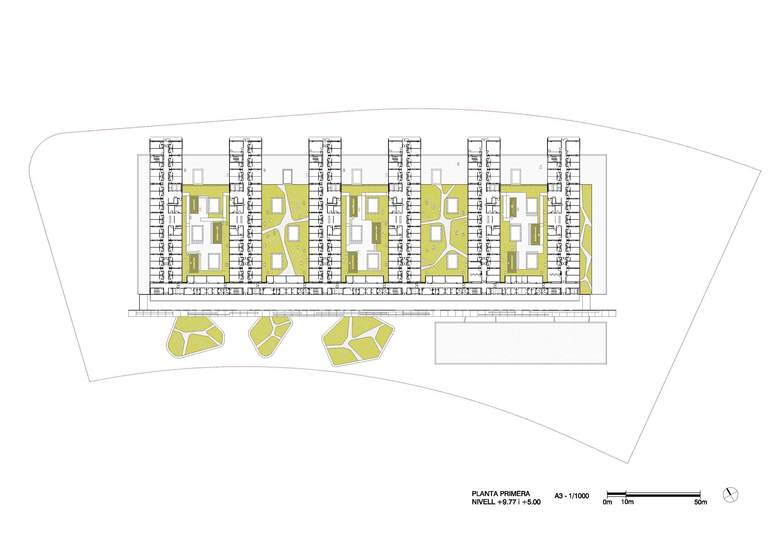 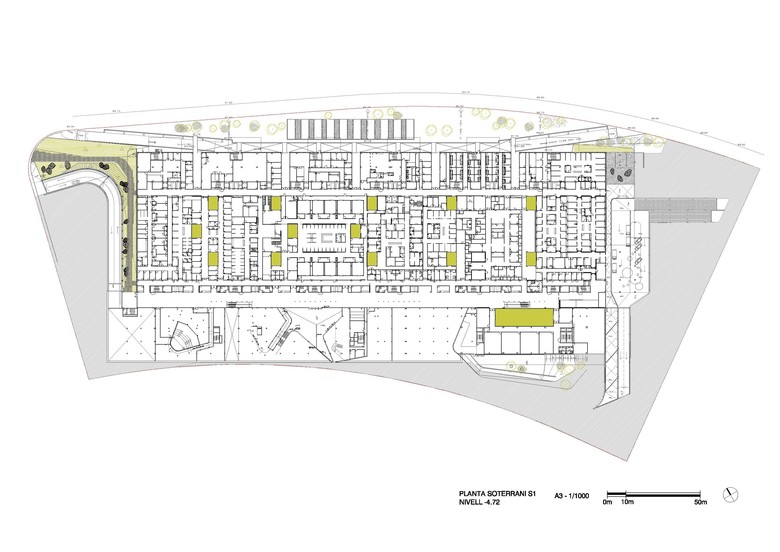 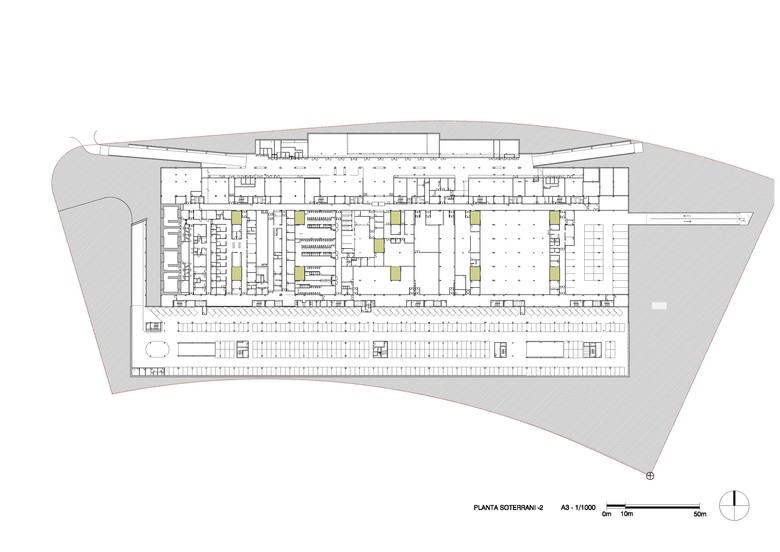 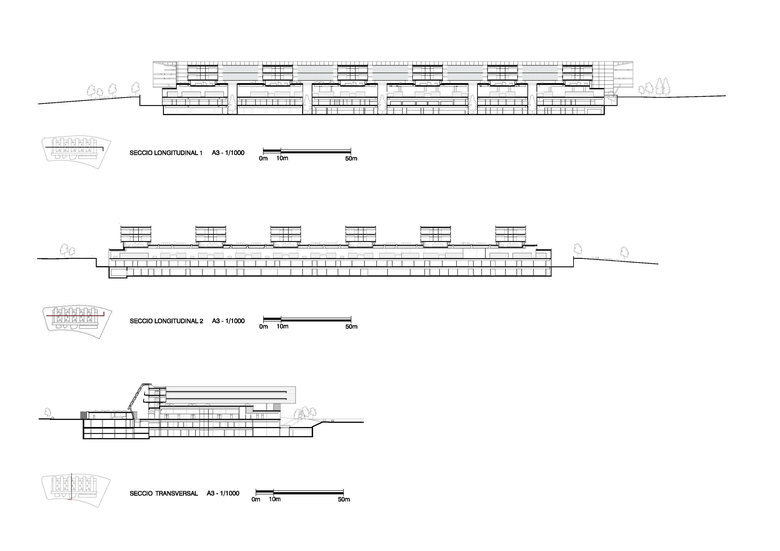 The new Sant Joan Universitary Hospital in Reus is conceived as the engine of an expansion zone of the municipality where it has been planned in order to generate a new technological area. This urban dimension defines its design, capable of generating routes and link flows in the city.
The building is located in a horizontal bar which is composed of two basements and the ground floor. Above this volume we can find a “comb” of 6 admission bars of two stories each.
The north facade supports one of the fast access roads to the city by some cantilevered bodies that contain the hospital. The public circulation axis of the hospital is oriented towards south and it is conceived as a great avenue, transitional space between the exterior and interior.
The project aims to modulate the scale of a large hospital equipment, from the urban scale of the access areas and public circulation to the scale of hospitalization, with their proximity and withdrawal needs. In this sense, the public area is both functional and climatically, as if it was a covered street that locates the interaction areas and rooms around three landscaped courtyards, trying to humanize the life of this area.
The hospital is seen as a great system that organizes service subsystems. The public, medical and technical needs are ranked and connected by circulations to form a sequence that defines restrictions on the accessibility, clarifying the circuits and avoiding interferences.
The architecture is also an infrastructure capable of producing directly the weather and lighting conditions to its inner life.
On this sense, for instance, the main covered street is designed to get interior comfort with 0 energy. No hot or cool air has to be added to get comfort, so energy savings are huge.
The new Sant Joan Hospital is a building designed to provide a contemporary response to the hospital program. It takes special care in the comfort of the patient and the staff who uses it, and responds to the needs of eco-efficiency by decreasing energy consumption by 35% respect the average consumption of a hospital. This was achieved without using large active energy saving facilities (geothermal, solar fields, etc.) that would have increased the levels of savings.
The building has been built with a construction rate of the order of 1200 € / m2, in the lower range of prices for hospital construction.