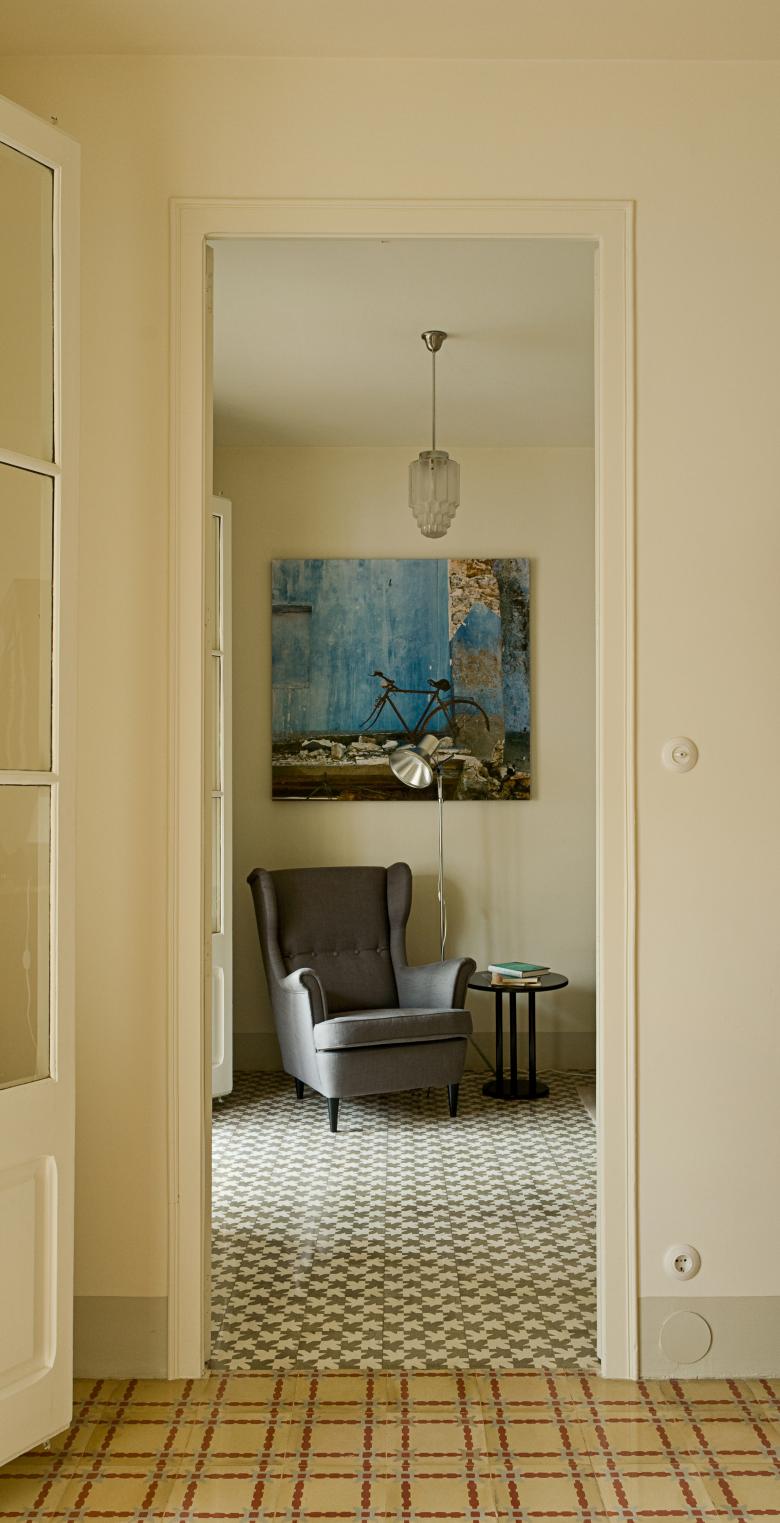 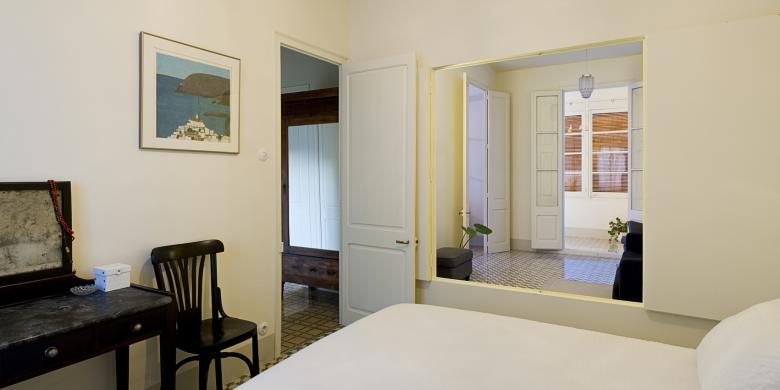 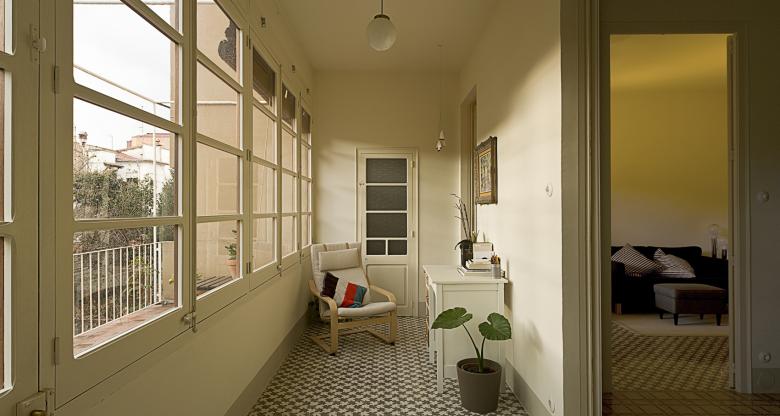 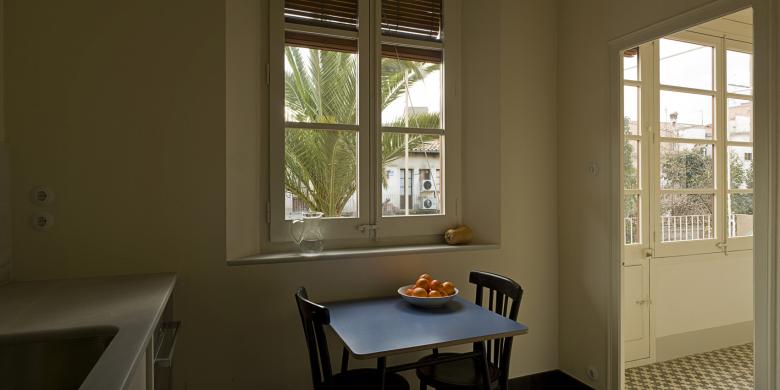 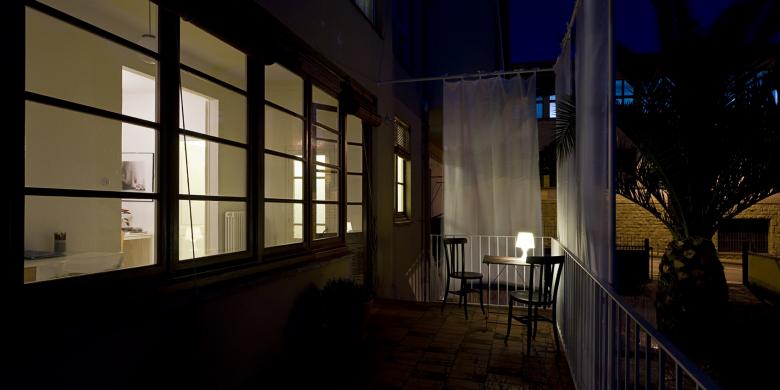 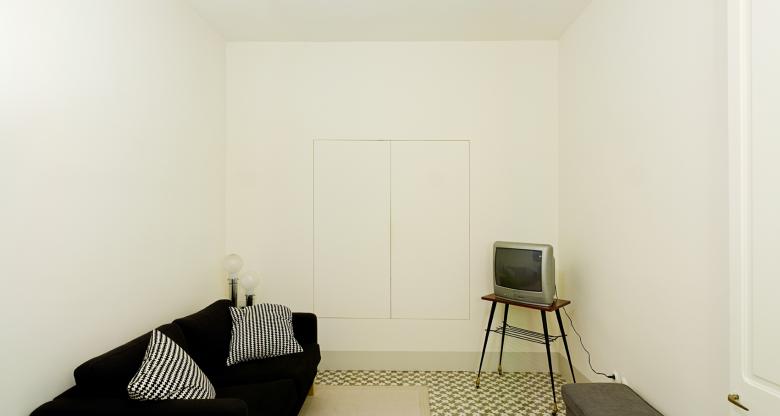 Refurbishing a flat in Olot

Repairing a house so it's move-in ready Four rooms of similar size, high ceilings, mosaic floors, sunny gallery, terrace and porch, courtyard with palm tree. A vacant little flat, with few changes from the day when rationalist architect Bartomeu Agustí designed it in 1936.

The architectural intervention was based on making small and very economical changes. The resources available were allocated to upgrades required to the installations but, especially, to introducing small improvements to the layout, while keeping the personality of the spaces intact. The usage possibilities of each room needed to be expanded, bearing in mind that the home is not a single snapshot of a family at a specific time. Instead, how the spaces are used will depend on each tenant's needs.

A great device for ensuring the flexibility of the domestic area is an organisation based on a series of versatile rooms with no fixed purpose, all of a similar size. Here, the relationship between the rooms is just as important as the rooms themselves. To this end, the works widened and manipulated the passages and connections between the rooms.

Opening up a window with a low sill or changing the layout of a door intensified the link between the spaces, without disregarding the possibility of making them independent. Widening the path between two tiny areas reorganised the kitchen so that a table could fit in there. The toilet was fitted with a cupboard that houses the fixtures and a retractable partition screen.

The outside spaces can now definitely be classified as rooms in and of themselves. Adding a tubular structure from which to hang a canopy and curtains on the deck lets dwellers regulate privacy and sunlight. The floor in the sunroom was lowered until it was level and straight. The lower level to the garden was adapted as a stone bench.

The house is move-in ready!