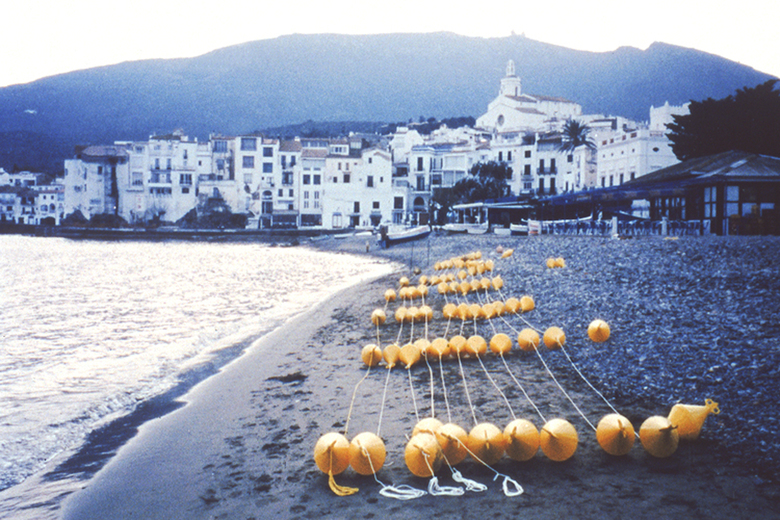 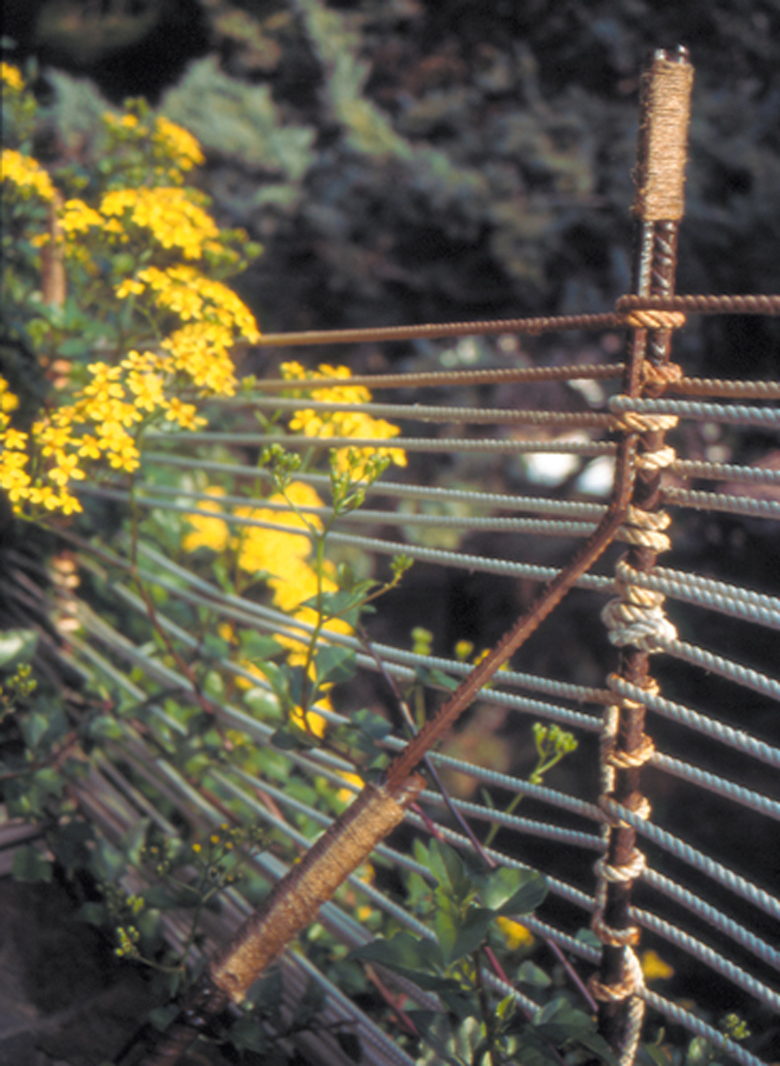 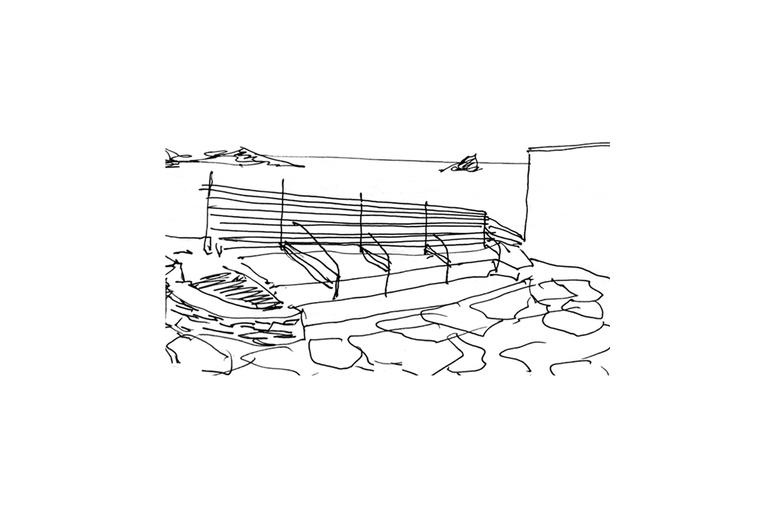 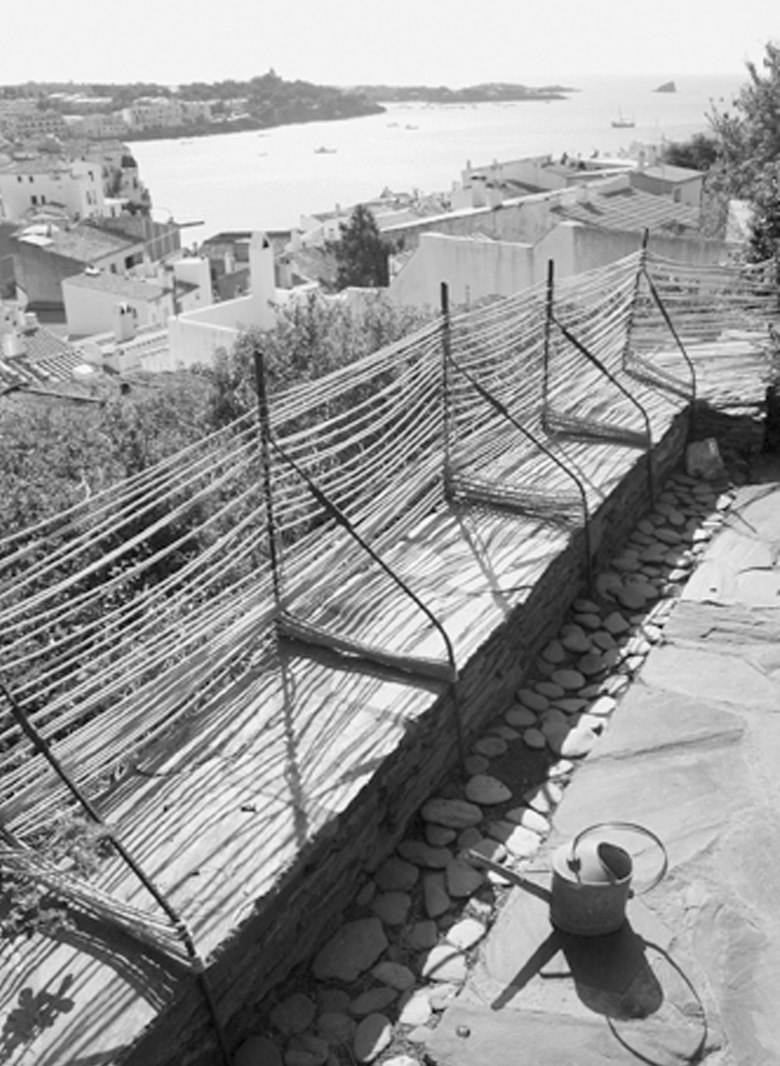 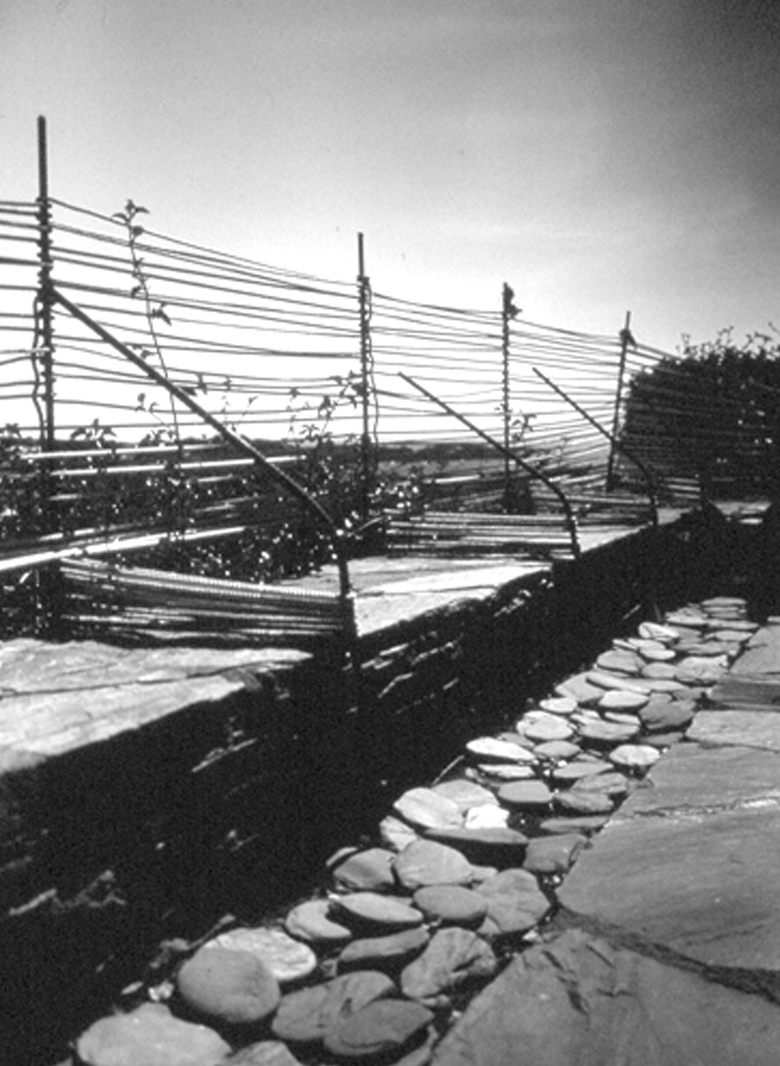 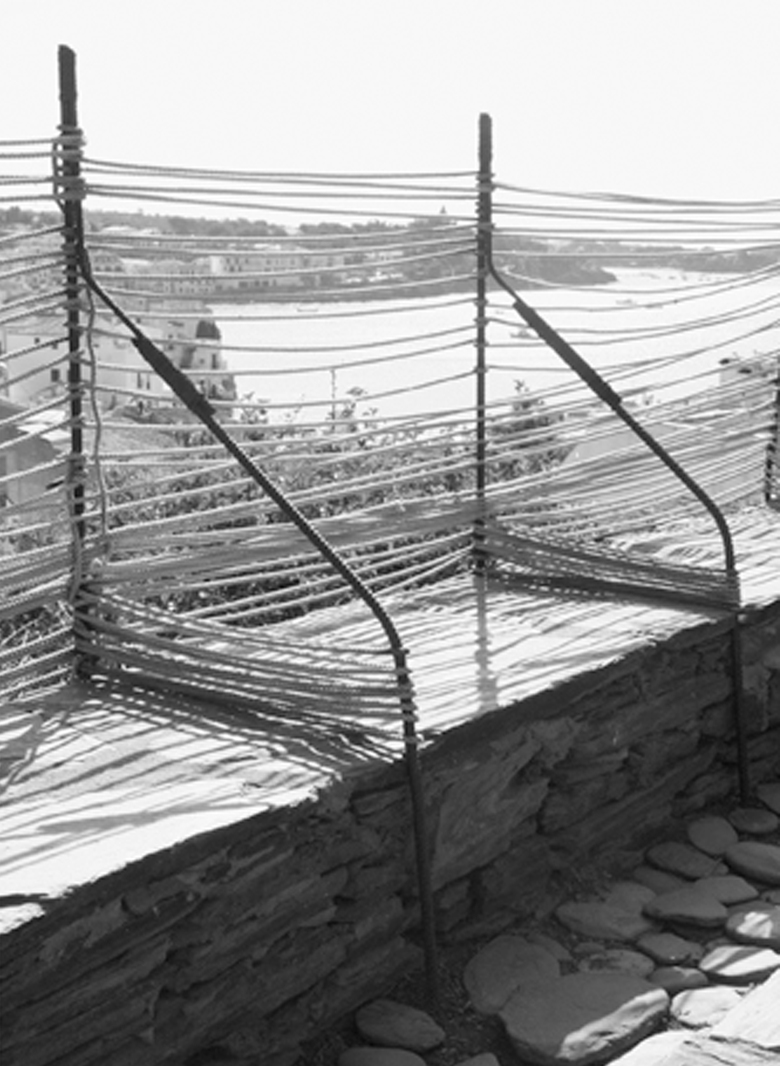 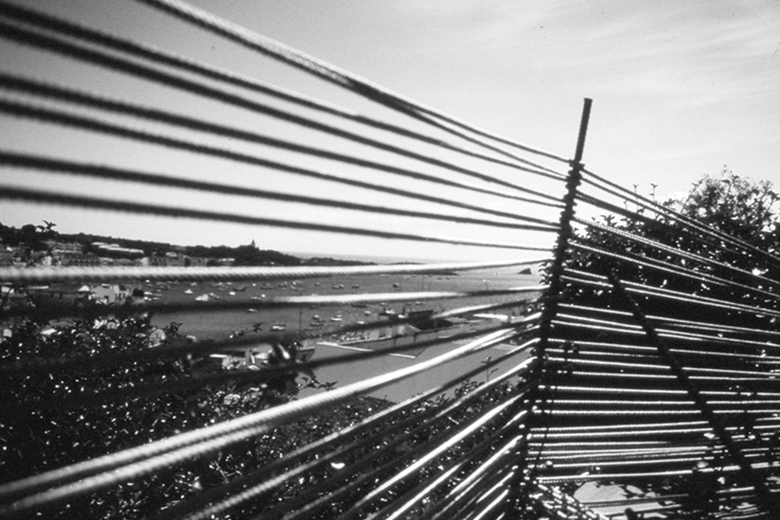 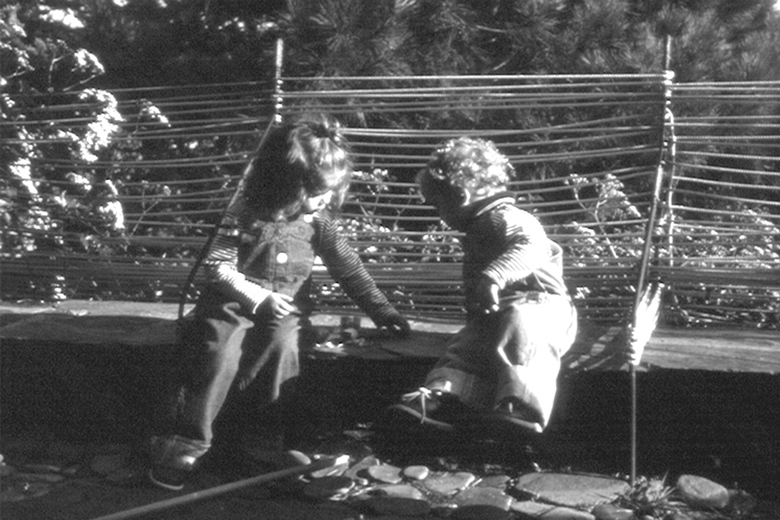 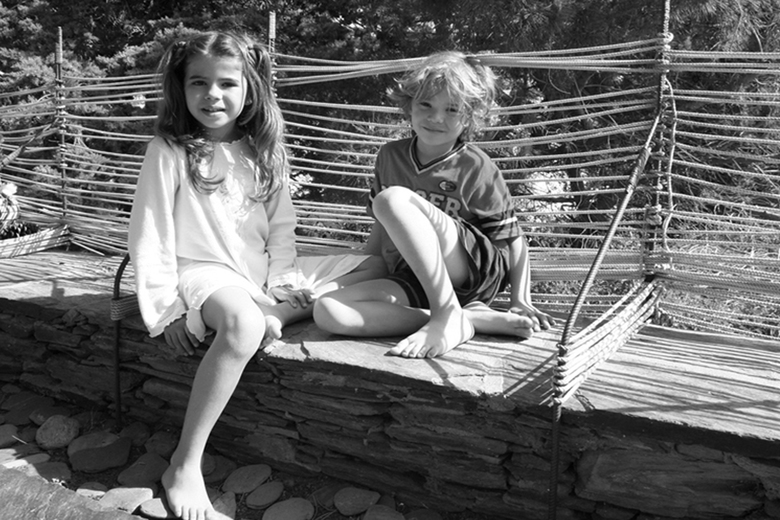 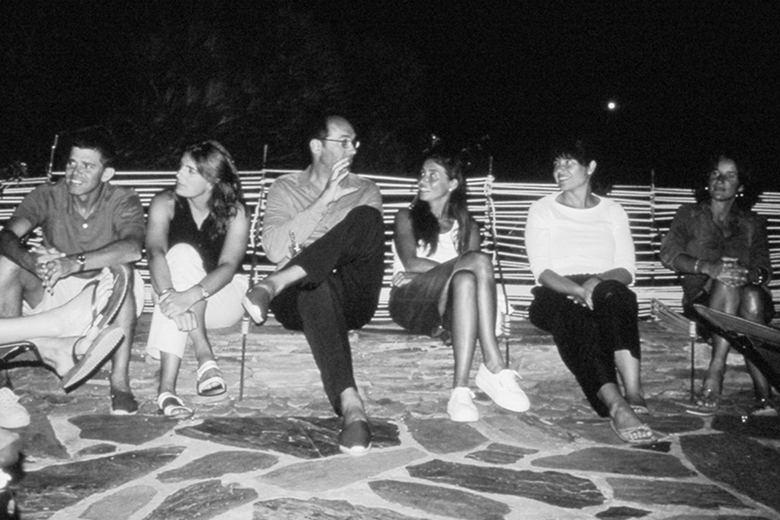 Since 1996 we have been doing in Cadaqués an installation called “Passanelles” based on throwing, sliding on the water, the stones of the beach. After six years of consecutive facilities, in 2002 was optimized the signaling system and, therefore, concluded its function 600 meters of rope, 11 rebar, 11 concrete blocks and 88 buoys. On the weekend “Passanelles 2001” (28-29 April) we decided to organize for the following Sunday a party for children aged 0 to 4 years in a small apartment on the outskirts of town ... on the terrace there was not railing! Because of economy of time and resources it was decided to reuse the material removed on Sunday 29 and move on a railing over the next two days ... many meters of rope (11 lengths of 60m), 11 iron bars, stones of the beach, dry logs of bougainvillea, mastic for gather and... not so much time. The small low wall-bench, which until then had used like railing, it is essential to rigidize the tightened rope ... bend corrugated irons to handle the anchorage of an old pillar, to built it into the cracks of the slate wall pre-existing, ri¬gidizing the embedment with wedge dry logs of bougainvillea and mastic for gather, and other dig into compacted ground with stones from the beach ... starting from here, the railing is weaved and the rope is manually tightened in a continuous process of movement, transformations ... and remains. The party could be made and eventually, the rail that had been designed for the occasion is over consolidated.