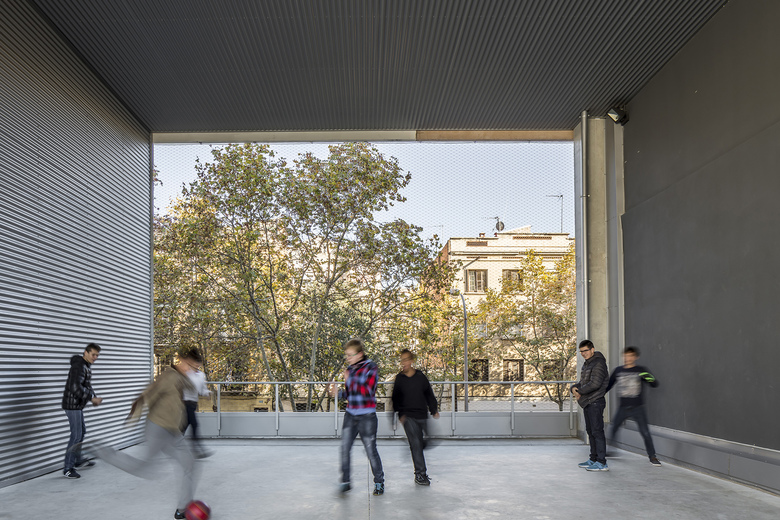 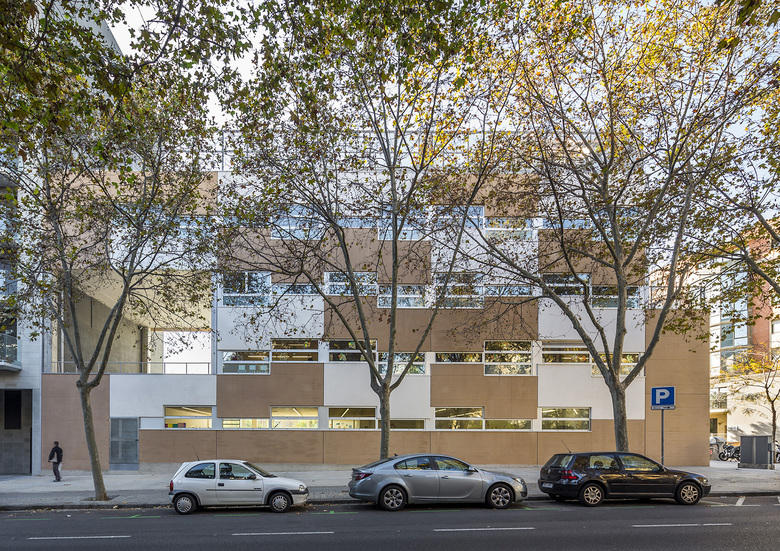 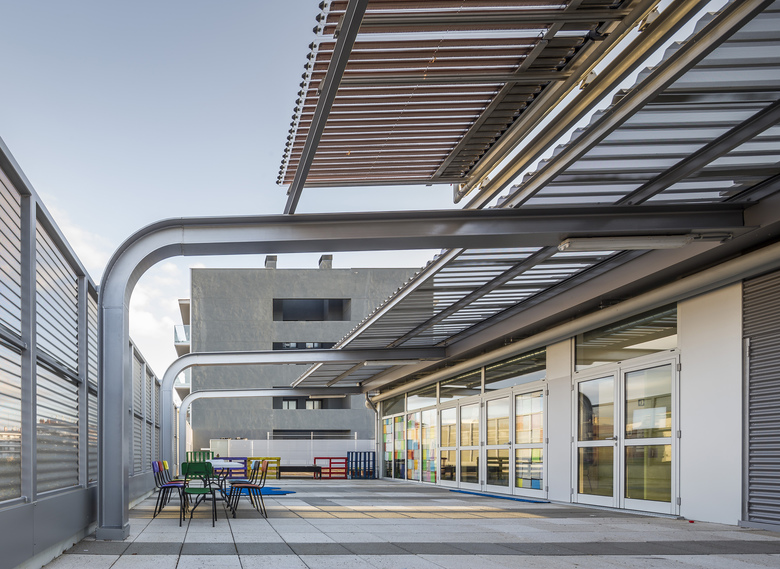 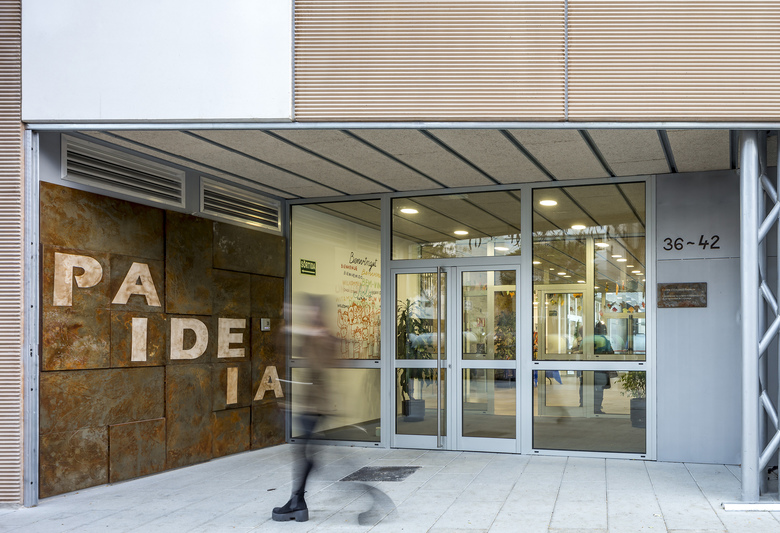 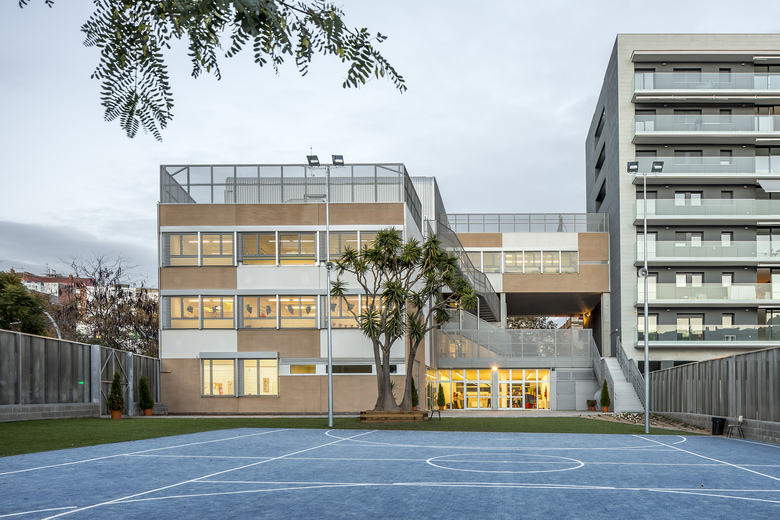 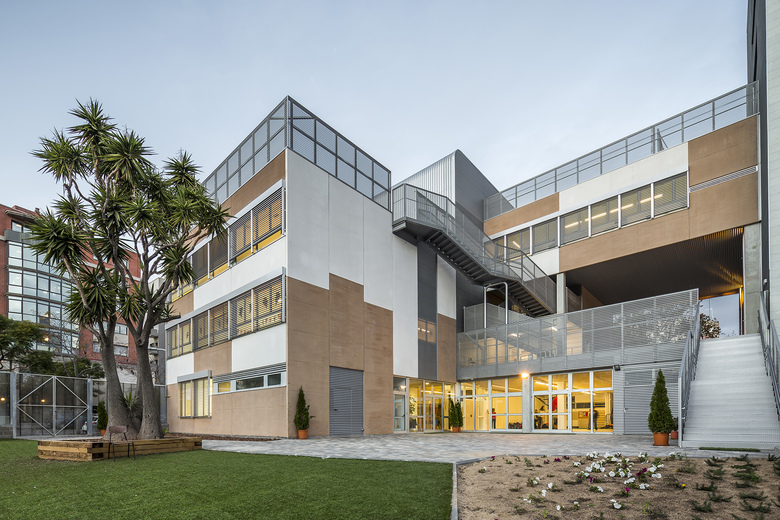 Authors
Felip Pich-Aguilera Baurier, architect. Teresa Batlle i Pagès, architect.
Head of project
Margherita Aricó, architect.
Group Directors
Angel Sendarrubias, Pau Casaldàliga
Specialists
Structure: BIS arquitectes
Engineering: Robert Calonge
Executive direction. Measurements and Budget. Work coordination: Antoni Floriach
Construction volume
2.300 m2
Paideia is a special education school for pupils with light and medium intellectual disabilities.
The school was located, for many years, in an old building designed with a residential function. The staff had tried to adapt the space to its educational use with numerous and successive reforms over the years.
The Paideia Foundation is composed of parents of the school pupils and members of the school’s faculty and direction. They decided to look for an alternative to their training needs: they searched the complicity of the City Council and had access to a temporary transfer of a plot that allowed them to go forward and look for the resources in order to initiate a selection process of professionals required to develop the project and the construction of their new school.
With the objective of going ahead with the project of the school, they announced a curriculum and proposal competition where they asked for: on the one hand, some experience in the execution of similar works; on the other hand, solutions that would enable the company to carry out the building in complicity and trust with an external collaboration team; and, finally, approaches that would ensure accurate prices and deadlines. The momentum and energy of everyone in the school made possible the process of coordination, financing and construction of the building.
The location of the new building borders a public green space and a large block of flats. The site was part of an old industrial colony "Colonia Castells" which was transformed into a new public urban space, with building plots aligned to the street due to the growth of the city.
The plot conditions assigned to Paideia, mainly its size and buildable perimeter, forced the school volume to have a height of three storeys.
A volume that allowed generating outdoor spaces through all the building’s height was proposed. In addition, it creates direct accesses to the exterior space on each floor. This concept was the backbone of the project criteria. All outdoor spaces intercommunicate from the outside: from the garden on the ground floor that communicates with a large double-height and double-façade outdoor space which connects simultaneously with the large terrace on the fourth floor.
The large outdoor space on the first floor provides a visual and real relationship between the street and the plot’s green space. Children play in altitude in direct contact with urban life.
The green area has two important roles: both in the deck, where the school has planted a garden, and along the large medians where the building has its limits.
Functionally all classrooms, offices, tutoring, speech therapy spaces and flexible rooms are distributed following the building’s façade. Each classroom, each teaching space, is carefully thought out by each of teachers working in the center.
The project was conceived from bioclimatic criteria, mainly the contribution of the inertia of the constructive elements of the envelope, the solar protection of all openings, natural cross ventilation with opening windows and constructive decisions that allowed a reduction in the energy demand. The building is studied from simultaneity and the control of its active facilitiy needs in order to minimize equipment and reducing consumption.
One of the main demands of the property was to build a school in a deadline of a school year. All construction was raised from dry systems, fully industrialized, with minimal industrial batch of work, maximum efficiency, quality and performance monitoring.
The building could be disassembled, as it has been assembled on site, disassemble and built again in another site.