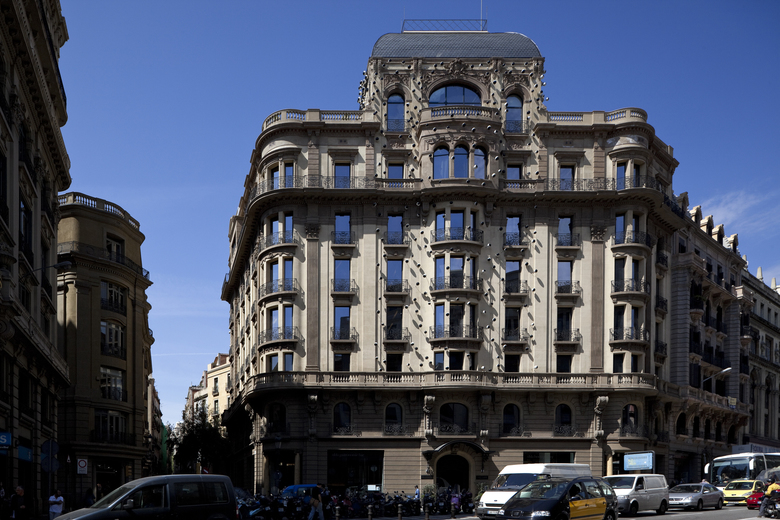 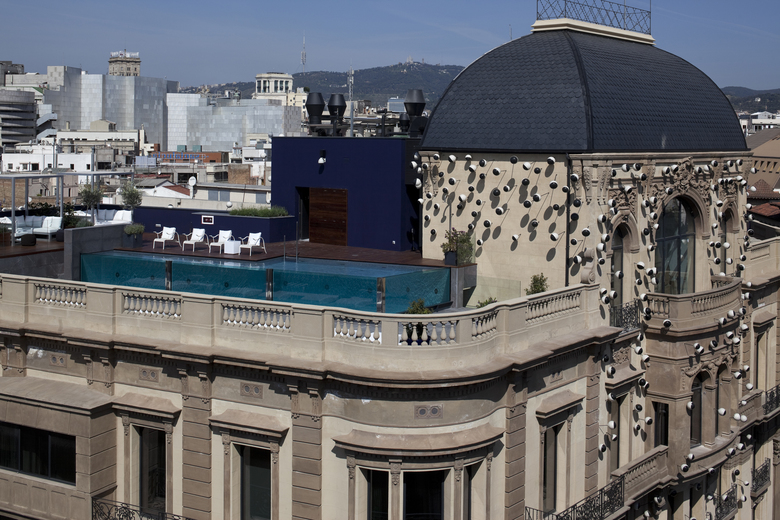 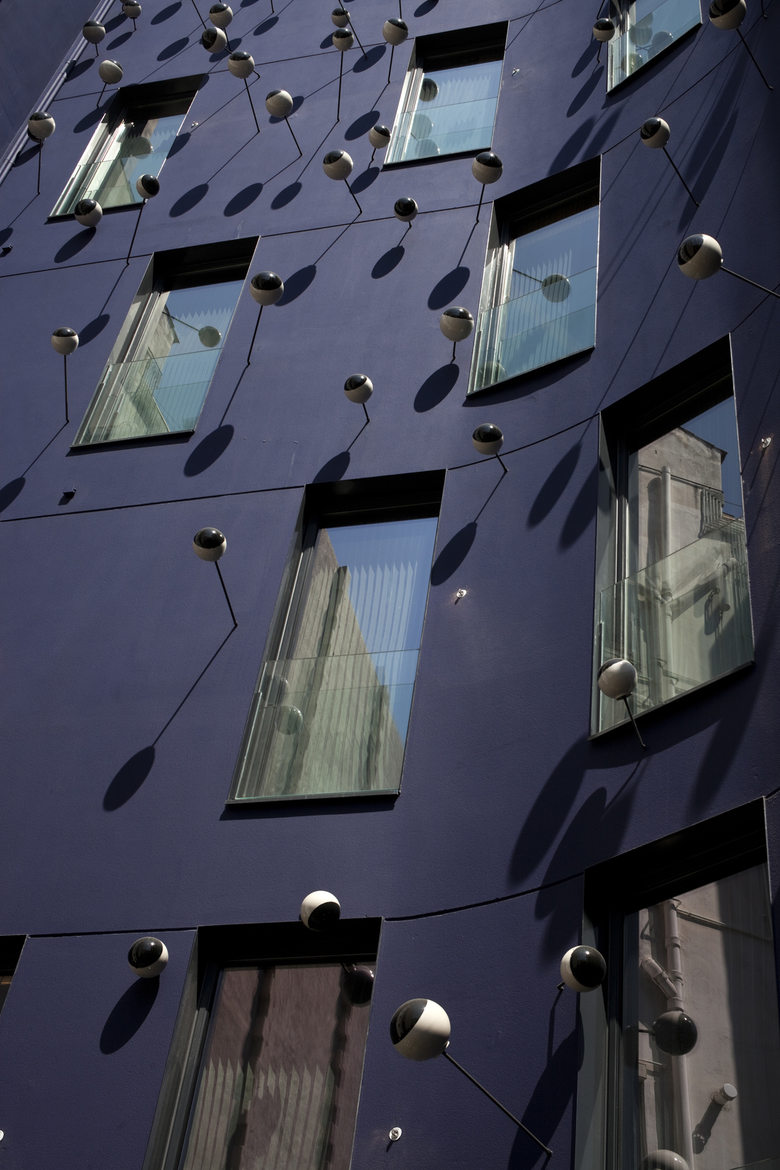 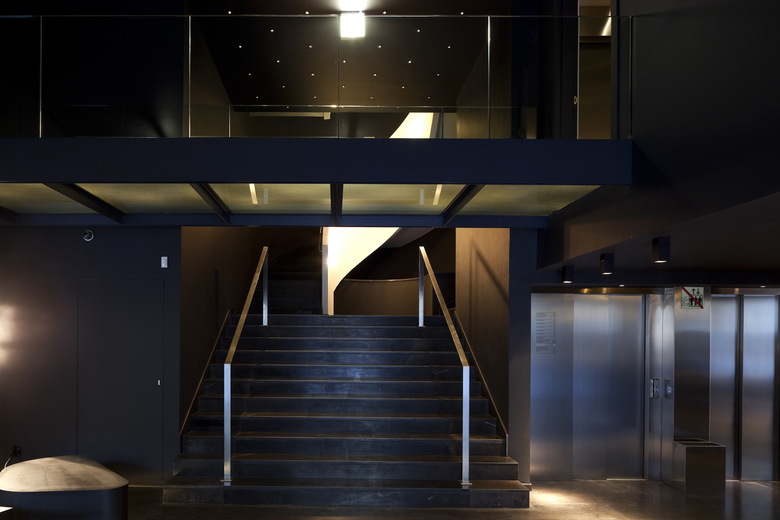 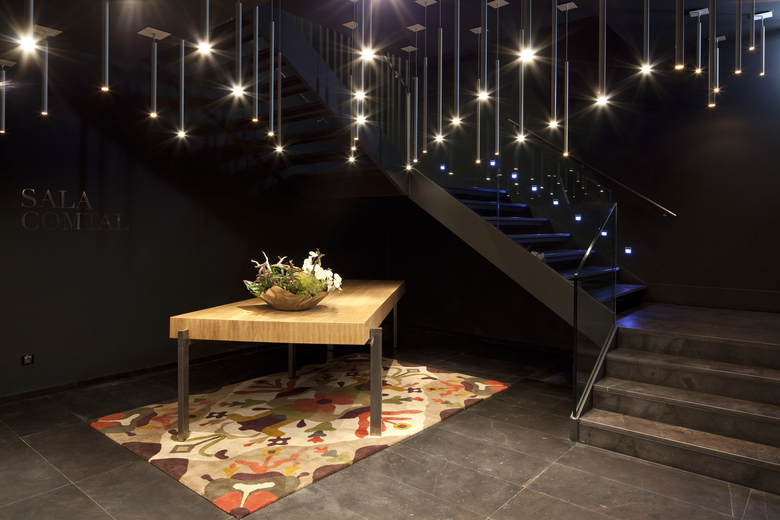 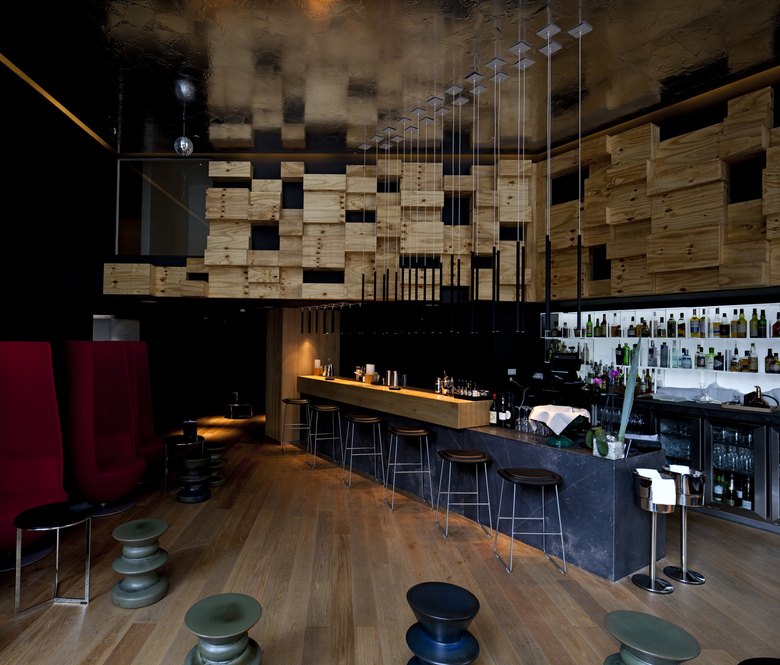 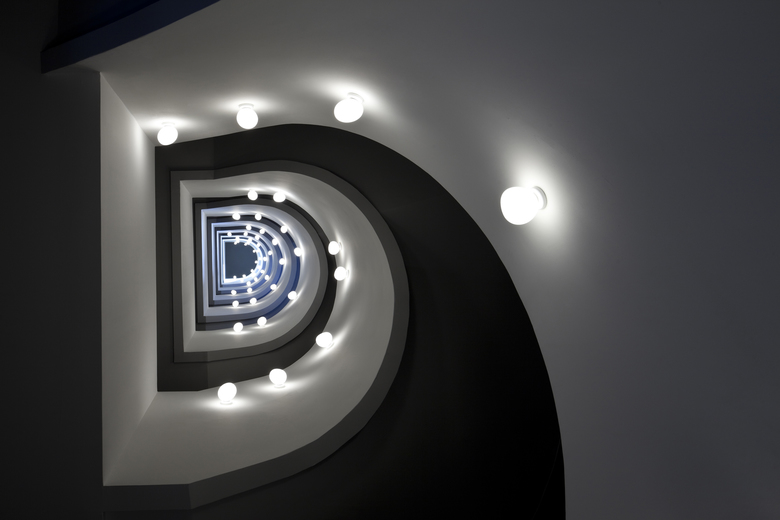 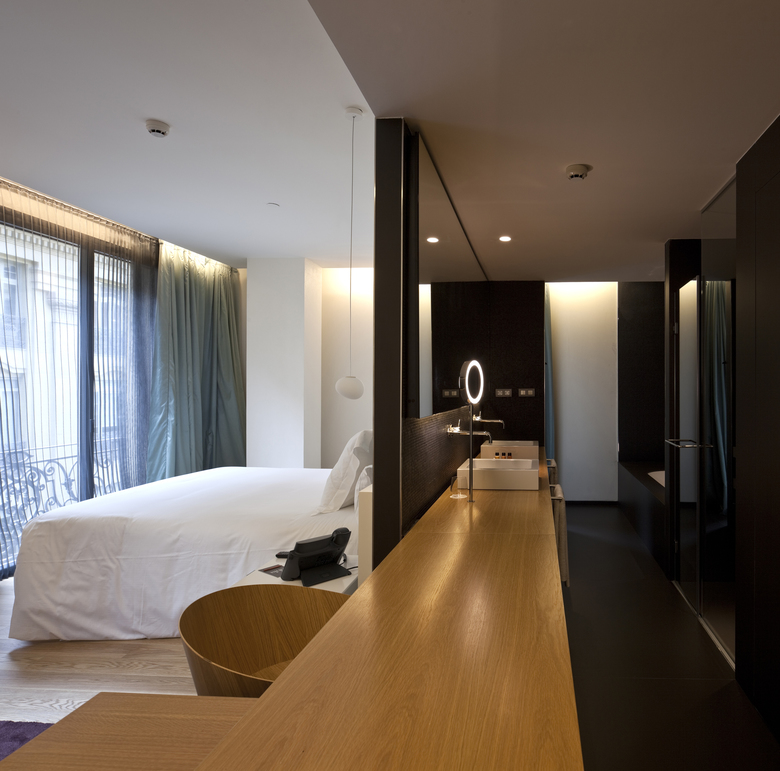 The building of Heribert Salas’ (1926 – 2011) house in Via Laietana 49, Barcelona in 1926 could never be considered a finished project and the clash of what was then considered a modern building within the weave of Ciutat Vella left wounds that have taken over 80 years to heal. Meanwhile, this strategic corner has been used for many different things... a department store that gave its name to the building (the first department store in Spain, Casa Vilardell), a police station... and now a hotel. The arrival of the proposal to turn this emblematic building in Barcelona into a hotel was welcomed in the office as an excellent opportunity to finish off the junction between Via and Calle Comtal, which was left unsolved in its day, as an opaque, six-floor dividing façade that required more decisive work rather than a mere face lift. Its use as a 21st century hotel has little in common with a 20th century housing block and the outlining of a complicated programme, together with the need to ensure a minimum number of parking spaces, required the demolition of the existing construction, preserving the bare essential: the façade. Thus, thanks to a supporting structure that left the façade suspended in the air for one year, we were able to provide the unit with 3 underground floors: one for convention halls and hotel services, one for parking and a third for water tanks. The remaining floors are structured around the main stairway, which preserves the layout of the original building and leaves room for a restaurant and a bar on the ground floor, the reception and a restaurant on the mezzanine floor and 72 rooms – 12 per floor (4 of which are junior suites) – on floors 1 to 6. The almost circular shape of the floor means that all rooms are different, not only in their layout but also in their views, which range from the Palau de la Música, the port at the end of Via Laietana and the small streets of Ciutat Vella. The roof is divided by a loggia covered by a dome housing a large suite that can be divided into 2 rooms. On the side looking down onto Calle Comtal is an impressive patio with exceptional views and a spectacular pool close on two sides by glass walls. A fifth façade provides stunning 360º views of the city of Barcelona. However, perhaps one of the most interesting aspects of the project is the dialogue that has been established between its two façades: the over-elaborate and clean neoclassic façade on Via Laietana and that of the simple, dark new floor on the rear side of Calle Comtal. This new façade, together with the one on the inside of the block that can be seen from the street, draws a clean and tidy geometry that, with windows of vertical proportions, blot out a synchronised confusion and link the vernacular architecture of Calle Comtal with the classicism of Via Laietana. The opportunity to create a reference point in the city by combining art and architecture, seeking a rhetoric beyond that of a mere hotel and continuing along the lines of the existing and the contemporary, led us to contact Frederic Amat and invite him to become involved, providing the construction with a power way beyond that of its architecture. Along these lines, the wall of eyes is an exercise in acupuncture that escapes its initial scope to combine the two façades, providing the construction with expressive, monumental and contemporary force linked to the traditional references of the city in both resources and material. Combining architecture and art offers a product that is the complete opposite of the “placeless” concept. The Hotel Ohla could only be located in Barcelona, by the Mediterranean and, during times of crisis marked by a lack of references, the Ohla stands firm, vindicating our city as a world reference. The “Barcelona” model in all its splendour: respect for the past but innovation in the end product. This contrast between opposites is transferred to the inside of the building. Black and white, harsh and soft, dark and light contrast each other in the layout of the rooms and vertically in the restaurant... The entire inside of the building is treated as simply as possible, with the sole support of the quality of the materials used in the finishes, with very discreet lighting and using the minimum amount of elements possible. The use of light to separate areas in the bathrooms of the rooms, between the two restaurants and in the lobbies must be noted. In the rooms, the contrast is seen in various forms: on one hand the softness and warmth of the bedroom area contrasts with the darkness and harshness of the bathrooms. The difference in the materials and the light means that no physical separation is required between these two areas. In the restaurants, however, the separation is provided by a sophisticated light filter based on a stainless steel netting covered with LEDs that illuminates the mezzanine restaurant in such a way that you can see everything that is happening around you without being seen; powerful surroundings for a restaurant of such a high level of cuisine (SAÜC). All of this completes a 5-year project based on the complicity of the owner (Aqua Hotels) that, right from the start, has shared the vision of a project seeking implications beyond the concept of a hotel and that, in harsh times, supports the balance between quality, state-of-the-art and respect for the past as its keys to the future.

Other Projects by Alonso | Balaguer