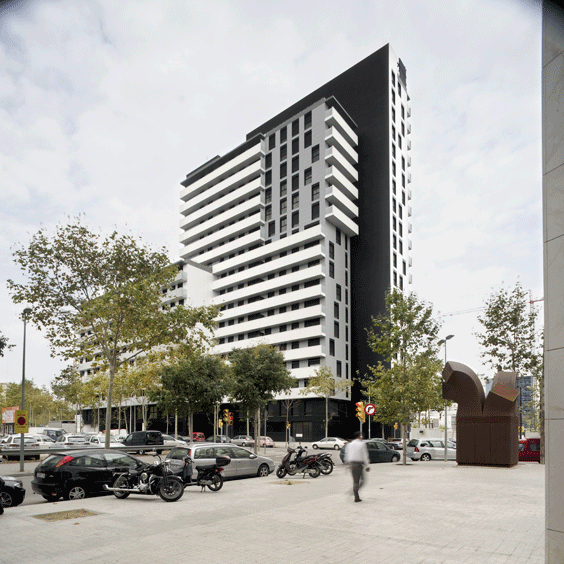 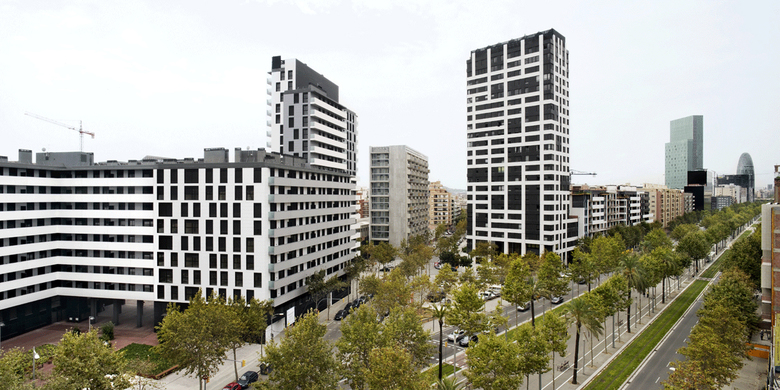 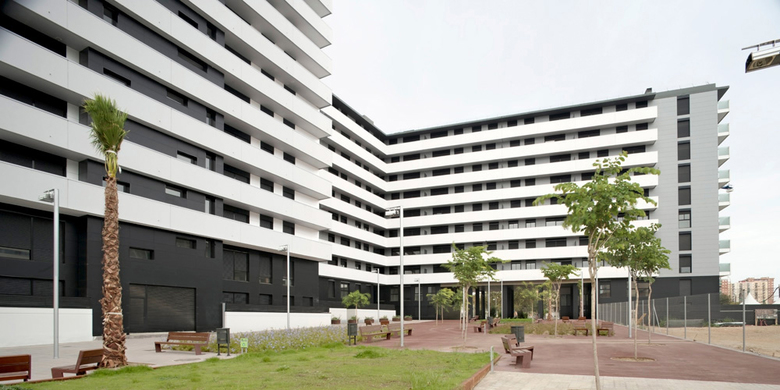 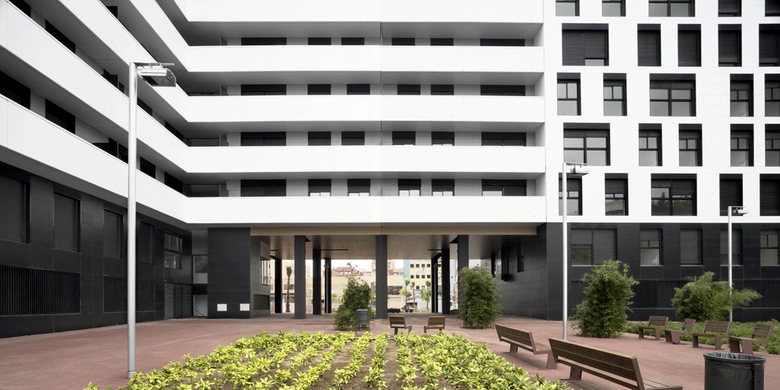 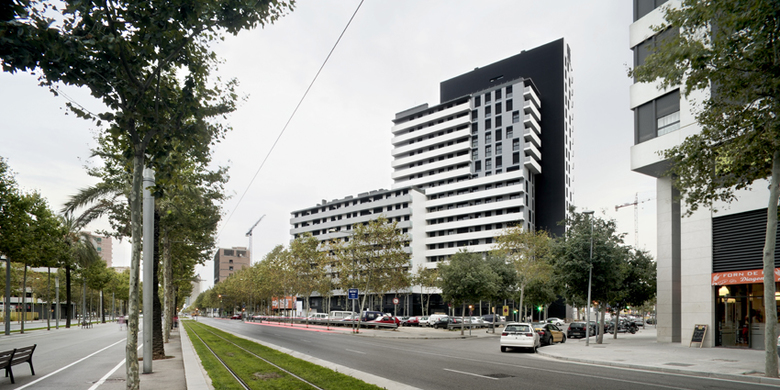 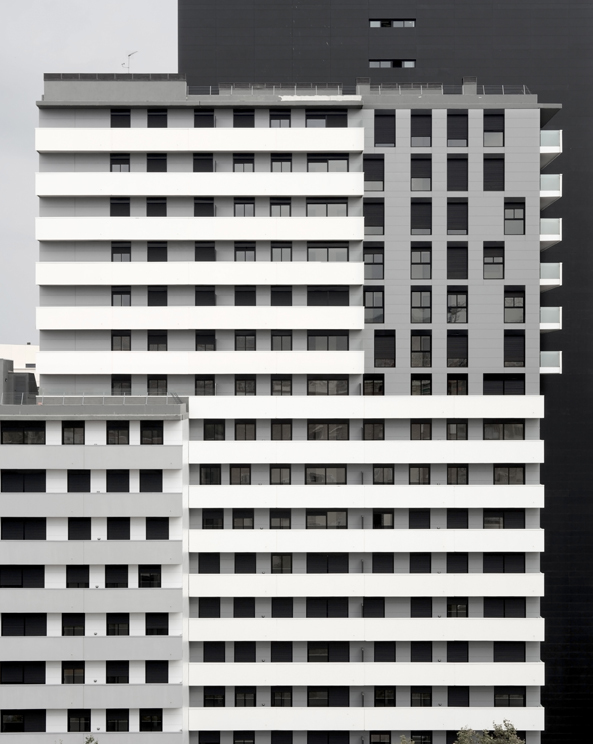 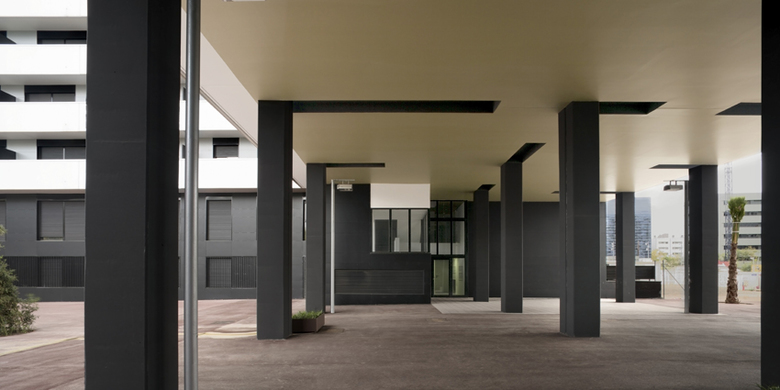 The 10-storey UA13 development located on Avenida Diagonal, spans across two city blocks, between the streets Calle Fluvià and Selva de Mar. Its scale and design has been considered to complement the other buildings which characterise this part of the city.  The building grows in height from 17- storeys to 20-storeys as it approaches Calle Fluvià, thus volumetrically relating to the nearby UA10 tower (86.00m in height) and the social housing building located across the street.
The building is not aligned to the streets building line, thus introducing a break in the North elevation. This recession of the facade offers a more generous pavement, allowing more sunlight to reach the street than usual on Avenida Diagonal.
The public green spaces, which the city plan requires to be located within the city blocks and almost enclosed by the buildings, are merged with the pedestrian routes and break through the building perimeter producing a sequence of spaces with varying qualities. Porches provide access through the buildings and guarantee continuity to the public areas.
Internally the building is organized around sections of a central access corridor which is accessible from the stair and lift core, and residential units that are located on either side.  The residential units are small in area, with one, two or three bedrooms. They are based mainly on one design type and all have the same depth. In the areas where there is a central corridor, the depth of the building increases, which helps to give the overall floor plan a lively and varied appearance.
The outside appearance reflects these features that arise from the spatial organization. While preserving the impression of a single unit, the different features – changes in depth, changes in height, the porches penetrating the building – permit a fragmented elevation which receives sunlight in different ways depending on its orientation.
The entire facade has been given a uniform treatment; a single layer formed by a system of balcony windows and solid sections using prefabricated industrial solutions. A system of cantilevered terraces with balustrade is prefabricated in concrete.