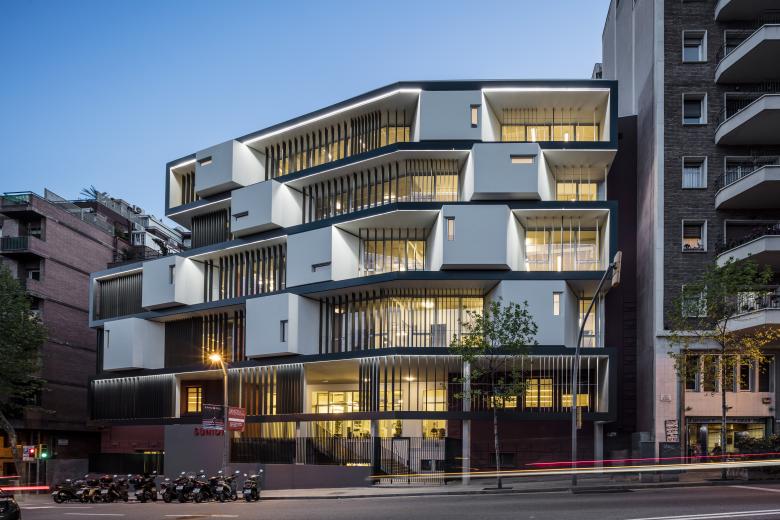 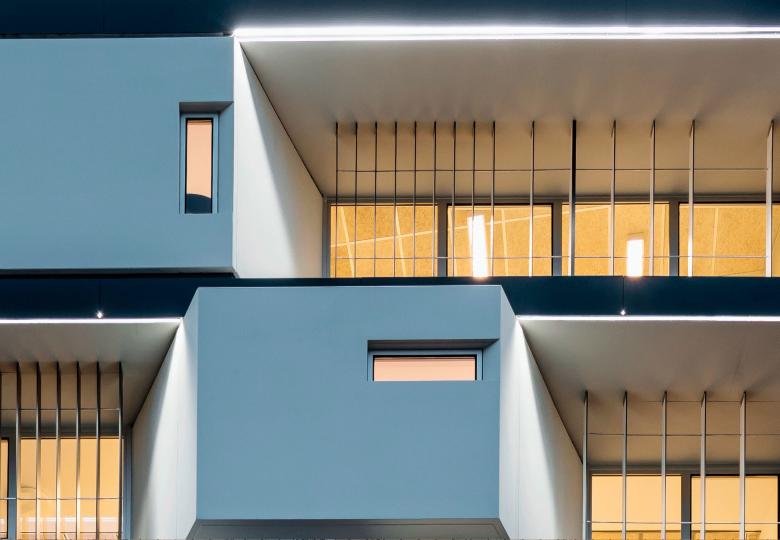 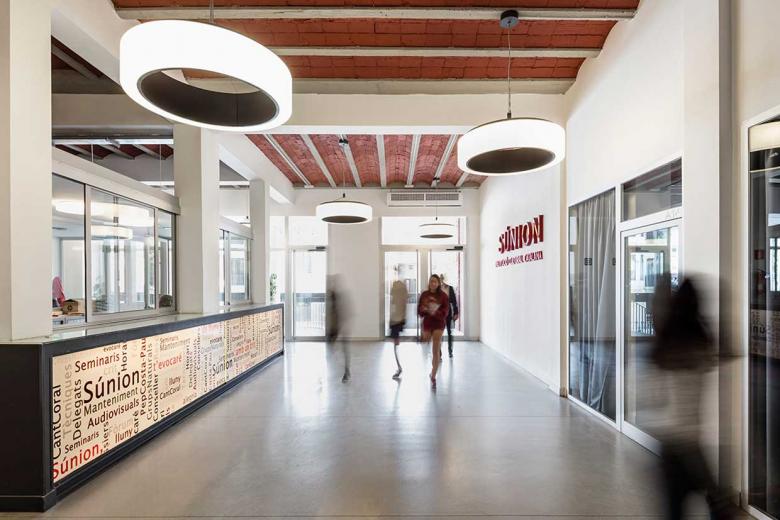 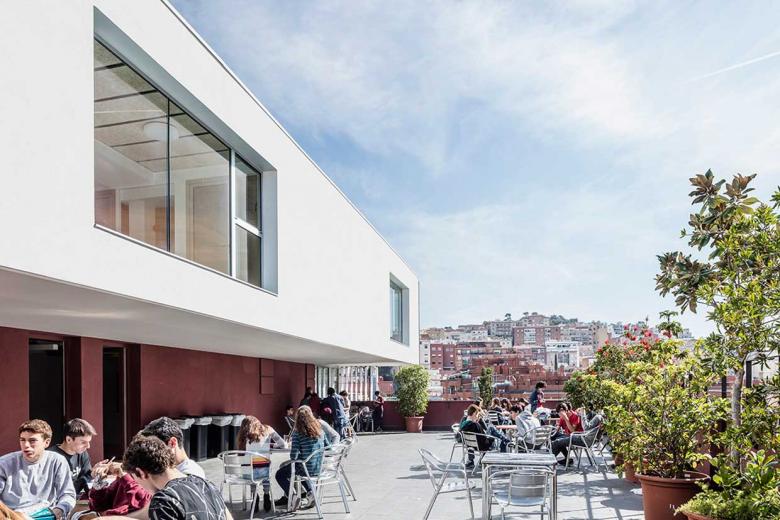 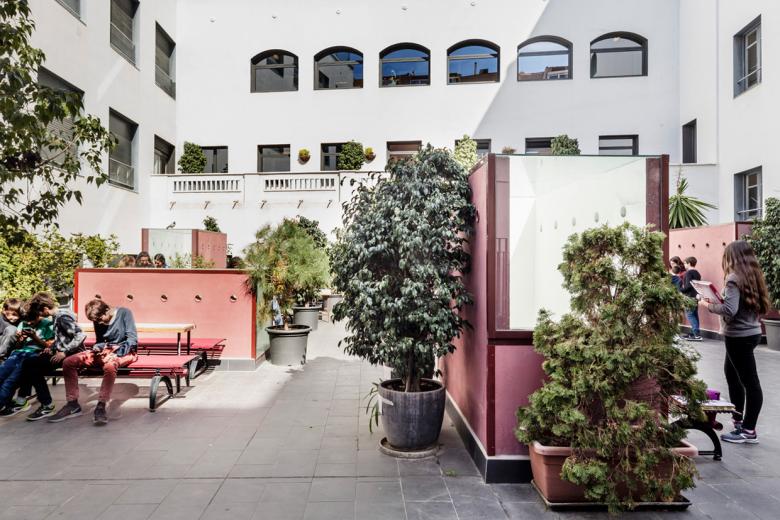 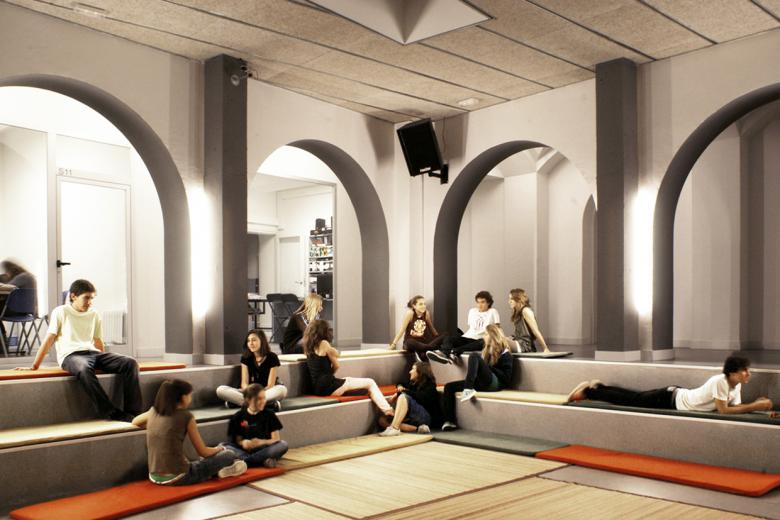 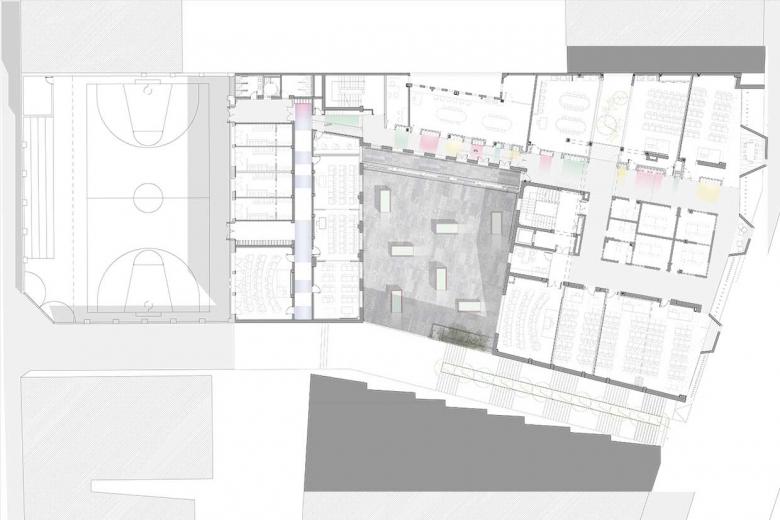 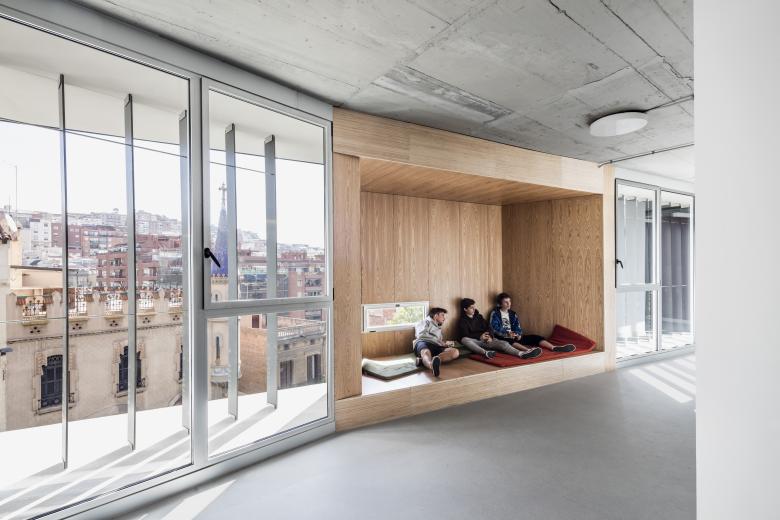 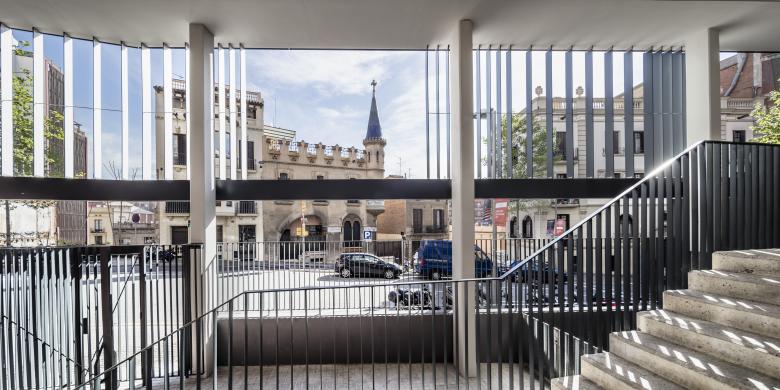 The educational project of the Súnion School is based on three main principles: the sense of the respect, the capacity of self-concentration, and the constitution of a community. These three starting points are translated, on one hand into a visual connection between the various built volumes, and on the other hand in a maximal transparency between the various workspaces: classrooms, "seminars" (places for exchange), or offices.

An operational principle of corridor - cupboard organizes the circulation spaces. In every floor, facing the street, wooden boxes have been disposed, thought as the place of the informal exchange between students. This driving idea of the project, the active circulations and the areas of exchange, establishes the vertebral column of a dynamic proposal, enriching the school and favoring the spaces of contact which are placed around it. At the same time, the will to give every floor a specific point of interrelation and information exchange between the students and the teachers, generates a distribution organized around a central compact core, made up of seminar rooms and offices.