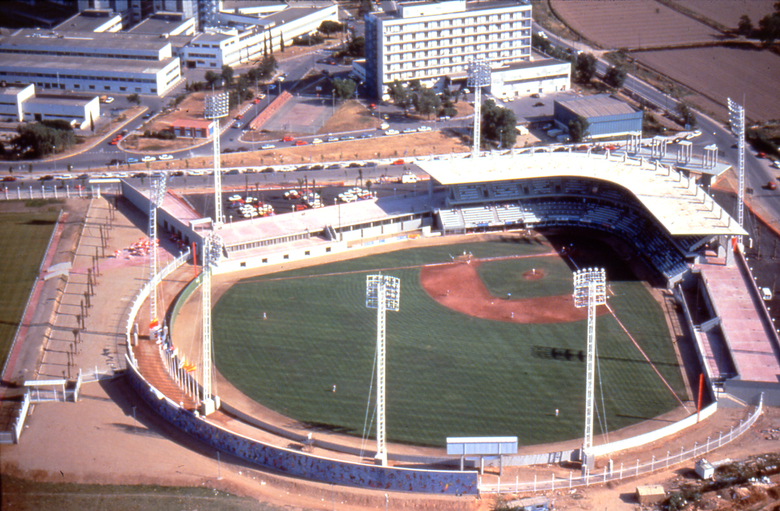 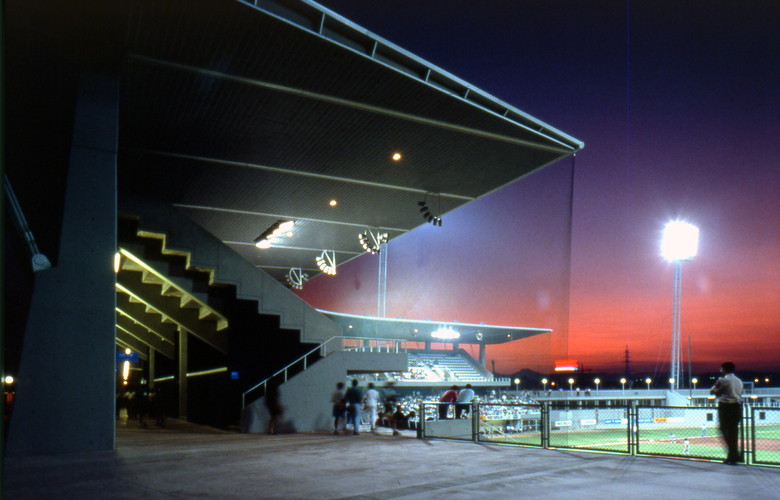 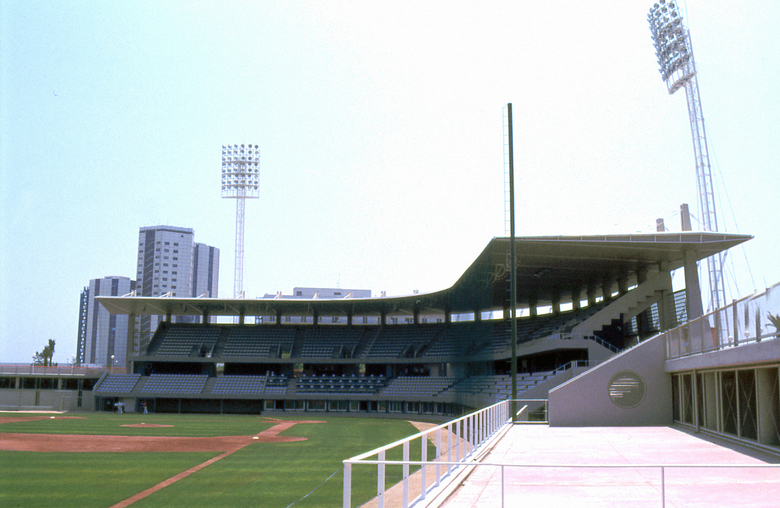 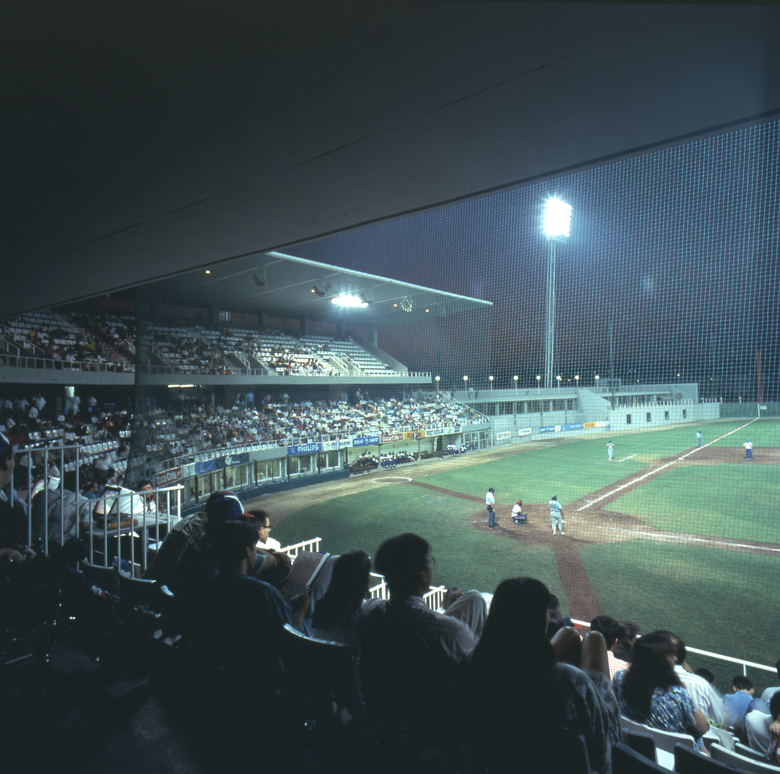 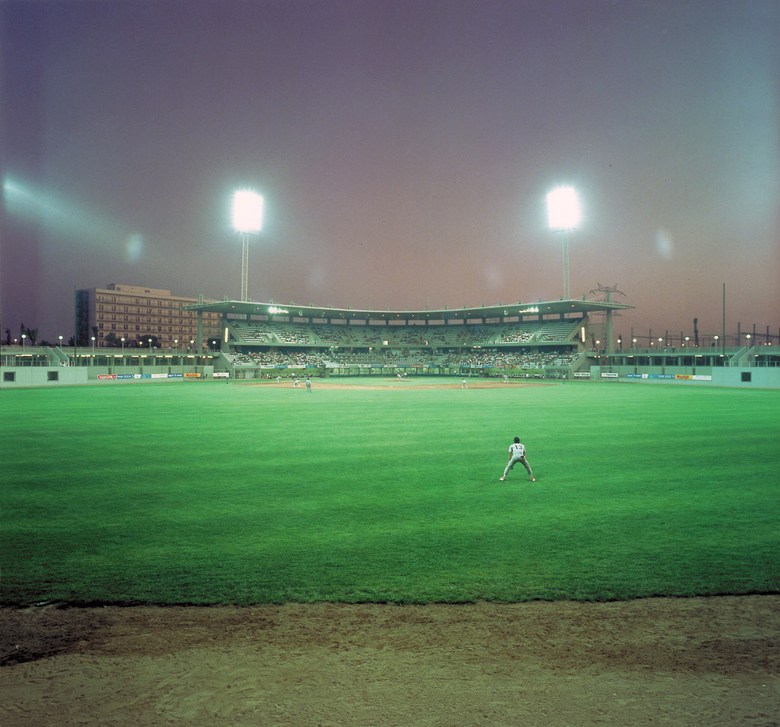 Located in a densely populated district on Barcelona’s edge, the Olympic Baseball Stadium is an example of the 1992 Summer Games’ development strategy, which was understood as an opportunity to provide sports facilities throughout the metropolitan area. The situation, a huge empty peripheral lot bounded by massive blocks of public housing and a hospital complex, gave rise to the concept of the stadium as a megaform capable of restructuring the site. The traditional plan of American baseball stadiums proved advantageous both architecturally and urbanistically: the apex of the V-shaped field is in direct alignment with the corner, where the entry is located, while the stands are organized on the two arms extending outwards, forming the street facades. The expressive quality of prefabricated concrete was exploited with a simple metal roof covering the stands. Included in the commission was the development of other sports installations on the site, consolidating its redefinition as a sports center to serve the residents of the nearby housing.