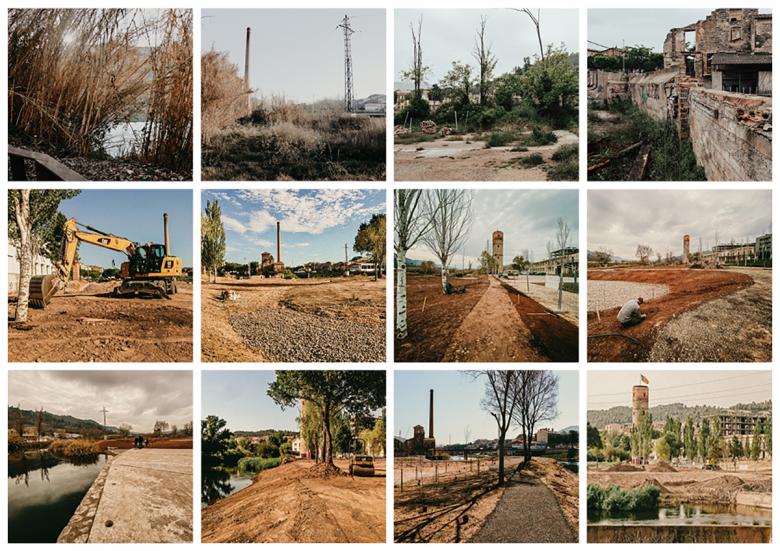 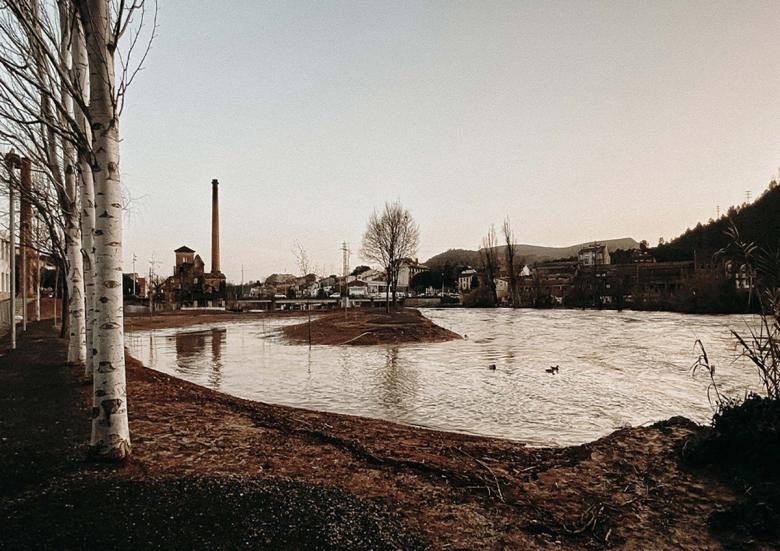 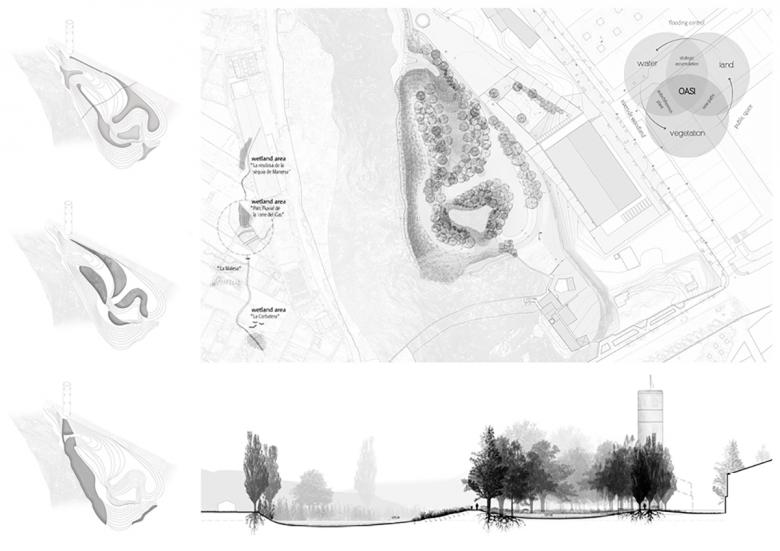 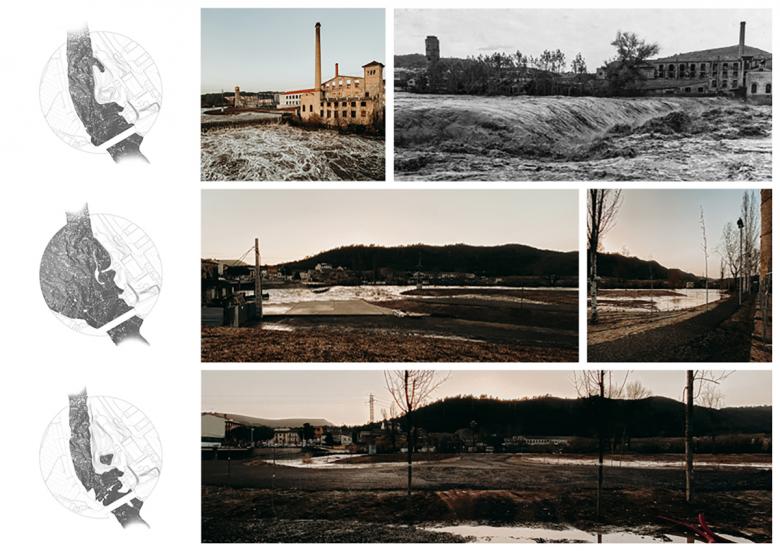 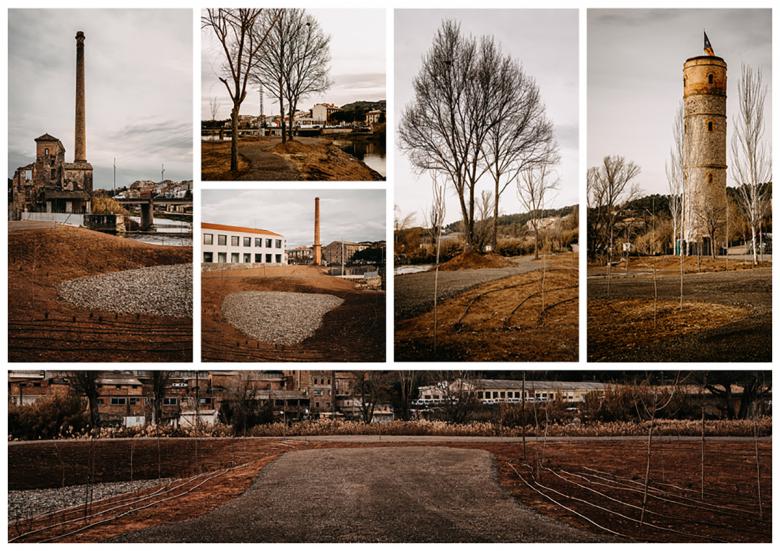 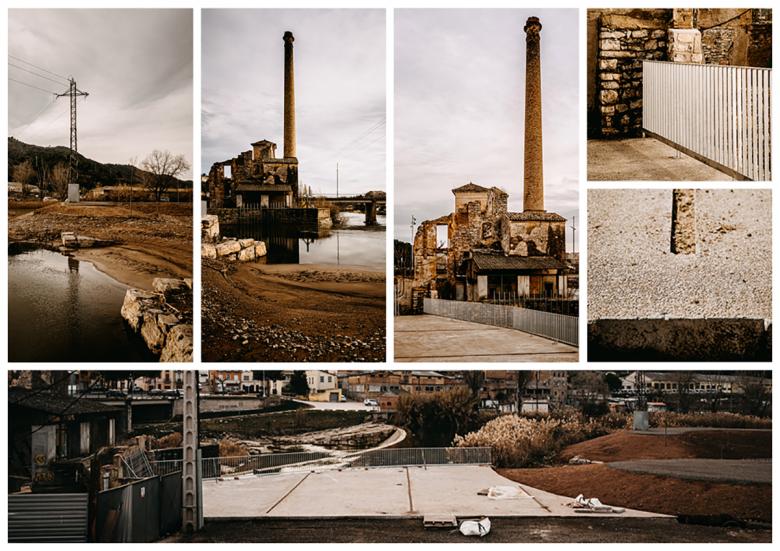 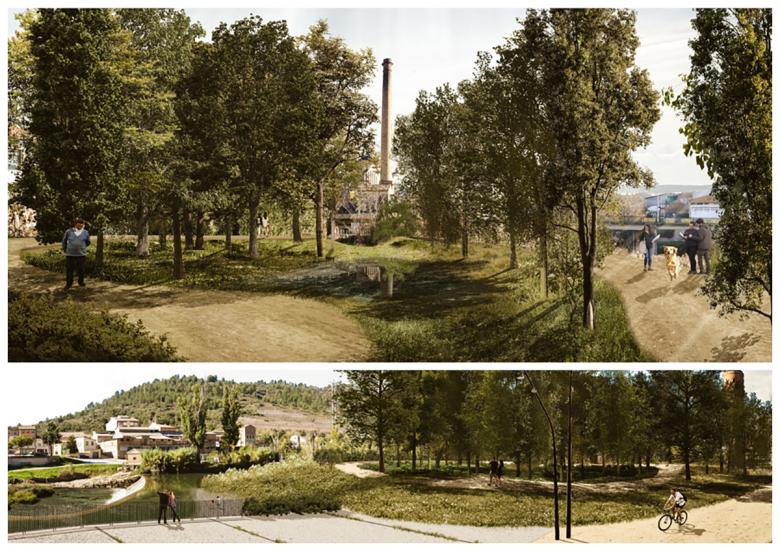 Renaturalization of Llobregat river in its passage through Sallent

Oasi is the renaturalization of a strongly transformed area caused by the patrimonial past, which allows us to approach the river through the strategy of topographic forms that concern floods and the plantation of autochthonous species. A real landscape transformation with natural logics that enables fluvial resilience of the territory along time.

MArch premise: “a real order, with a real client and in real-time”. The Sallent town hall sought to rearrange the riverbank and fluvial space of the Llobregat river as it passed through the village. A river that crosses the town but it’s existence is truly ignored: a place that has lost the patrimonial value of the industry eternally linked to water and its relationship with nature. Our group developed a general strategy that convinced our teachers that we must focus on a special area that ended up being built. The site, heritage of the industrial past of Sallent, is spaced between Torre del Gas and Fàbrica Vella: land gained to the river due to the accumulation of sediments generated by the prexisting water lock.

Oasi becomes a system that rediscovers the spirit of fluvial dynamics, providing new uses and functions in public space that guarantee the resilience of the urban patterns and the ecological connectivity of the territory. The proposal aims to strengthen and dignify the identity of a place that has lost its roots. By analyzing the territorial matrix, we understood that the loss of the continuity of riverbank forests along the river, mostly anthropized, triggers a sequence of different forest cuttings that put the fluvial landscape continuity in a vulnerable situation. But at the main entrance of the river into the village, a huge degraded area of patrimonial value appears, and also the opportunity arises to recover a fragment of Bosc de Ribera. Due to the different layers of vegetation that it presents and its contact with water, the place will become a small natural oasis in the middle of a strongly transformed area. Our methodology sets the territorial dynamics of the area as a starting point, where is expected that the phenomenology will evolve the site naturally to a fluvial ecosystem over time. The topography configures, the vegetation structures and the bioengineering consolidates: a balanced and strategic land movement concerning the floods starts by an entrance of water in case of avenues, which will be able to ascend slowly until arriving at a water pond that will temporarily hold it until its exit by an overflow that returns the water to the river; the paths rest in high protection slope above the flood level, keeping safe the rest of the urban space; and the plantation recovers the structure of the Bosc de Ribera, which once we approached the water table, consists of mixed tree masses complemented by shrub communities and helophytes in the humidity areas. A clearing crosses the forest through the centre and generates the void in the space where it flows the drop of eternal water. In the human context of rediscovering a territory that assumes new climatic conditions, our generation will have to recover from the respect and empathy towards the landscape, the space that belongs to nature.