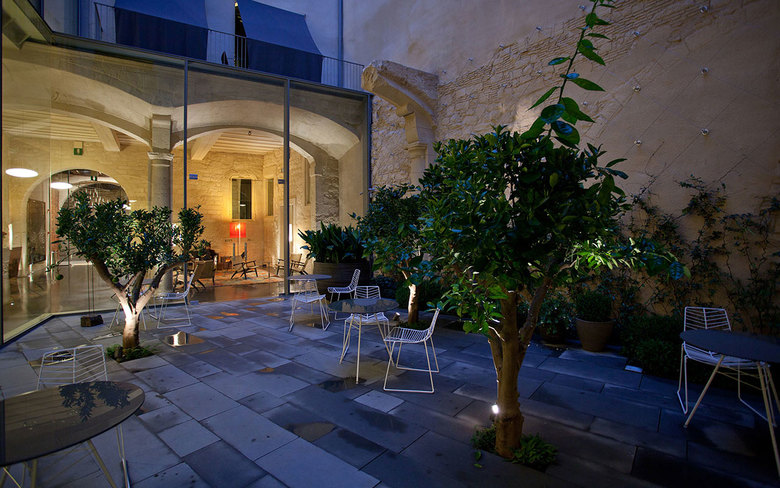 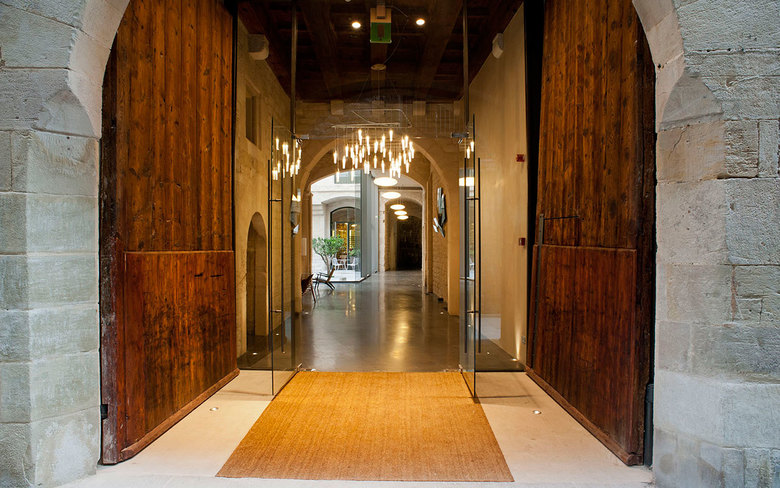 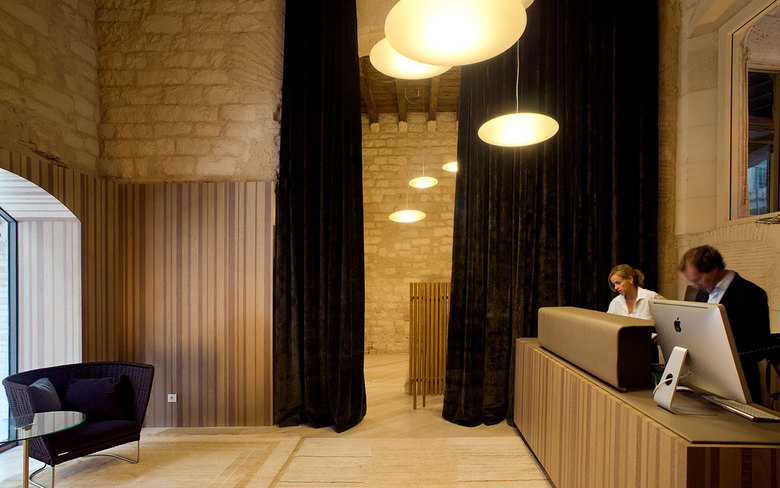 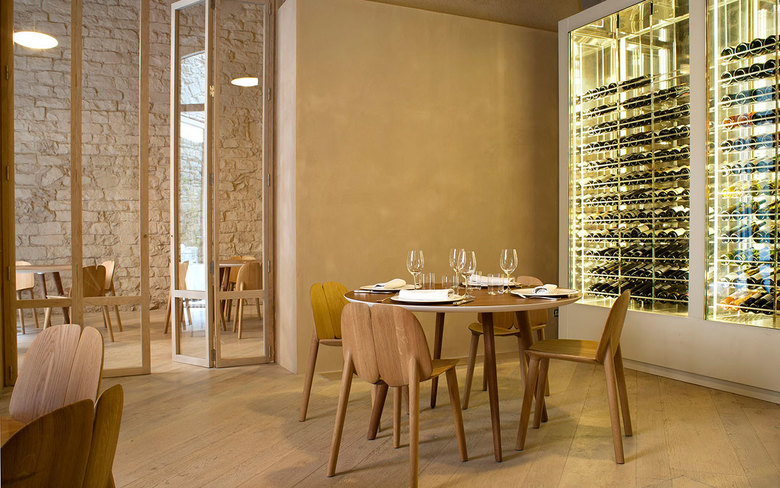 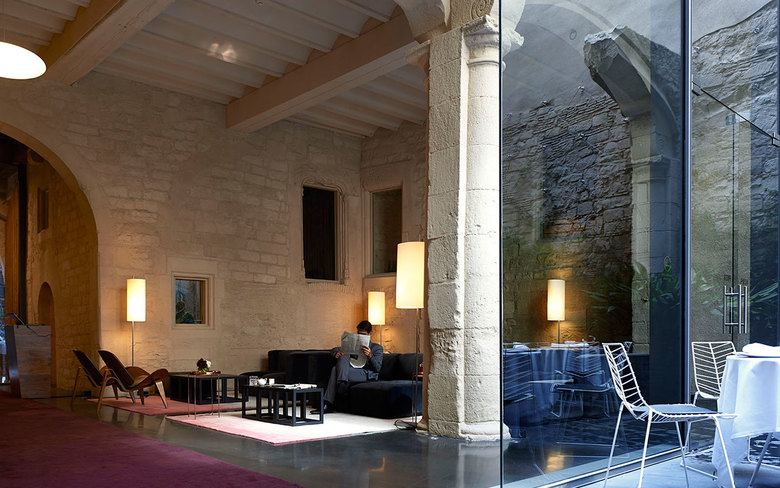 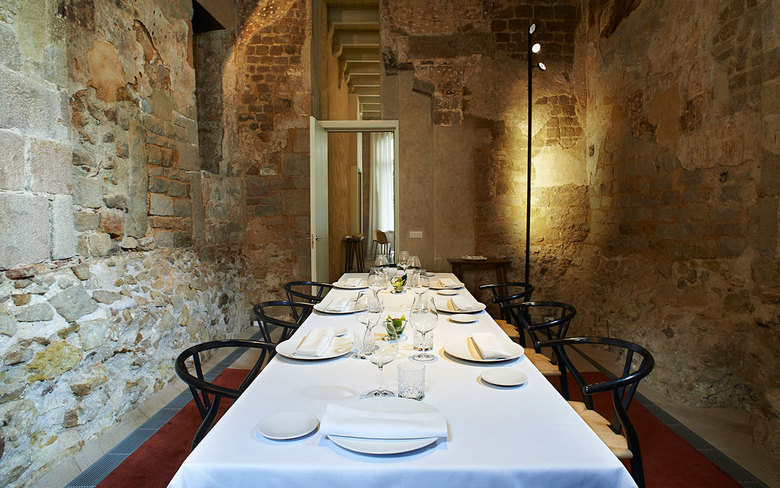 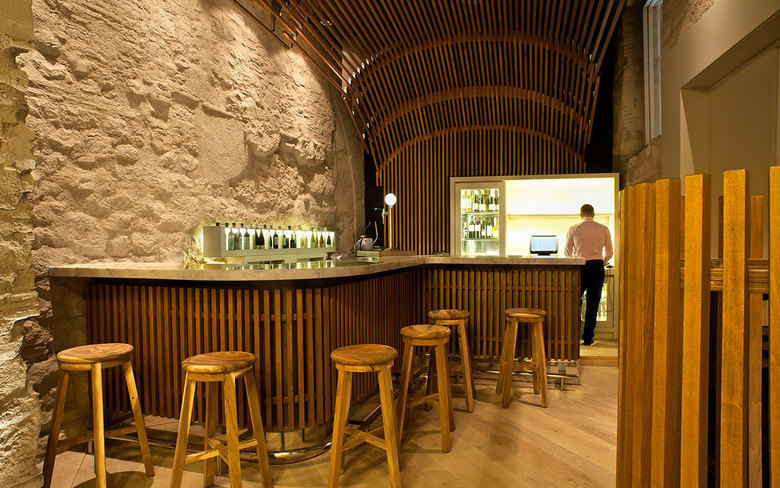 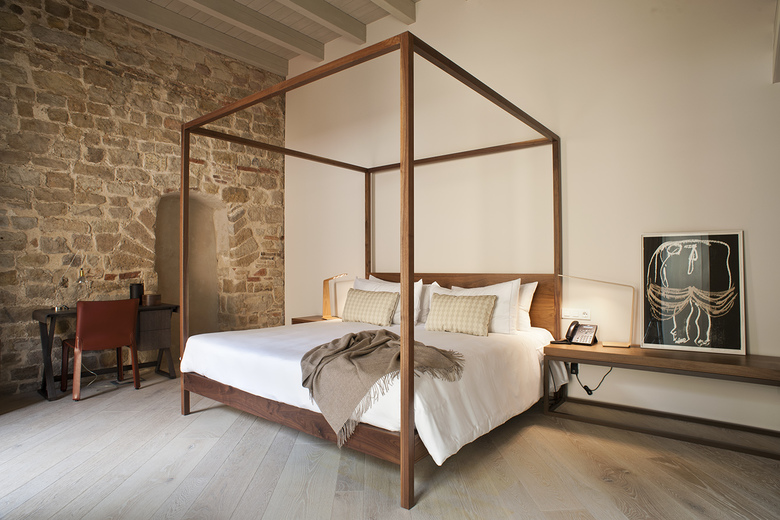 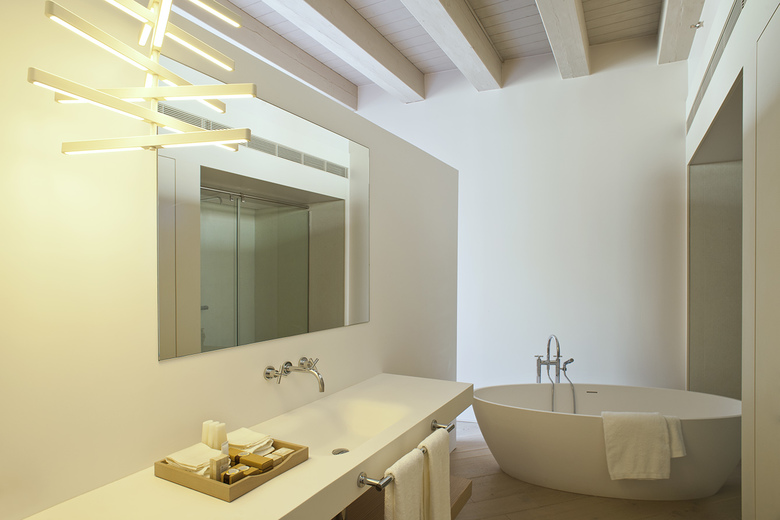 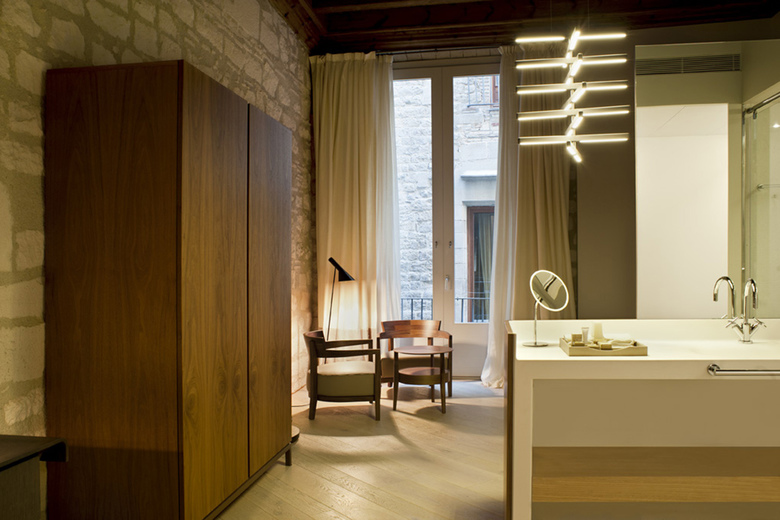 Situated in a series of old medieval buildings in the Gothic neighborhood, one of Barcelona’s most historic districts, the Hotel Mercer elegantly blends the old with the new. The hotel is structured around the original courtyard, which has been preserved and planted with citrus trees. Most of the rooms have balconies towards either the courtyard or the street, so natural light abounds.
The interior design is modern and fresh, but at the same time subdued and respectful of its setting. On every occasion we took the building's historical elements and idiosyncrasies, its corbels and its arches, as hidden treasures and design opportunities. As a result, every room is unique, as the overlay of the new design lets the spatial qualities of the older construction read through. The hotel's high standard of finish and level of amenity complement the genuine antique roughness of the structure.
The search for comfort permeates all our choices as designers, and the warmth of textures and colors plays a critical role in our choice of materials. In the simplicity of forms it is evident that we wanted the medieval building structure to be the protagonist.
The project restores the masonry walls that once belonged to the city's fortifications, parts of which date back to Roman times. The dialogue between the old walls and the new elements is the heart of this project and, at the same time, the instrument by which the traveler reads a part of the story of Barcelona.
The main idea behind the project was to recover the spatial character of the historic buildings, eliminating the buildings added during the XX century. The project proposes the introduction of a gallery surrounding the principal courtyard to create a new relationship between the various parts. Two new courtyards, smaller than the original, supplement the main feature of the project and provide lighting and air circulation to all the parts of the building.
Finally, we want to emphasize that our intentions in developing the project have been guided by our respect and recognition of the value of the inherited elements, by our search for an ideal relationship among the parts, and by our wish to make the best volumetric adjustments given the project’s surroundings.
Moneo Brock contributed the interior design to the architecture project developed by Rafael Moneo.