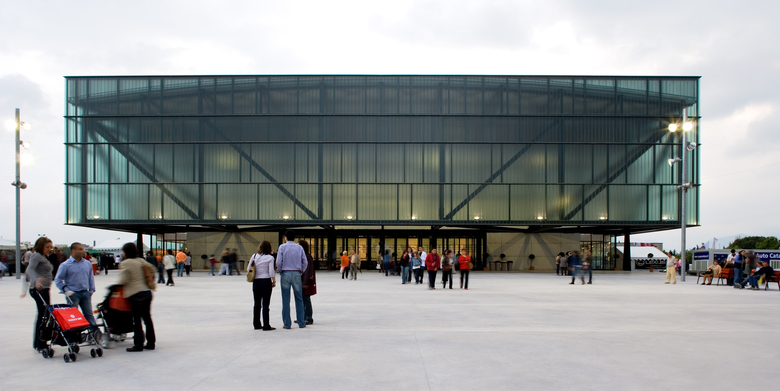 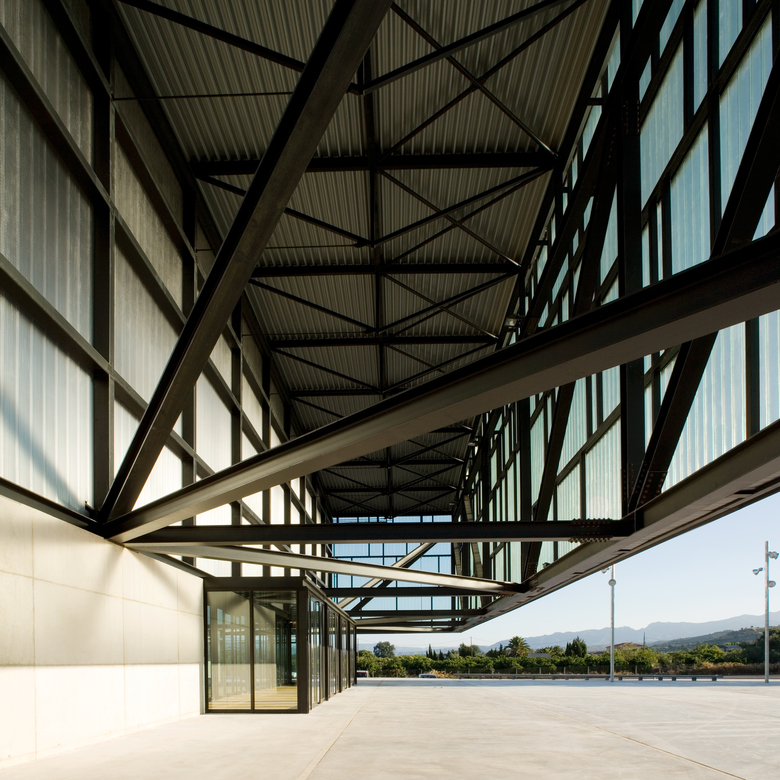 Located on a site along the Ebre River in an area undergoing urban development, this multifunctional building is the venue for trade fairs as well as sports and entertainment events. The structural system generated the means by which to establish the formal and spatial qualities of the building as well as the functional order, resulting in its organization into three differentiated spaces: the huge ‘container’ for the diverse activities; a service area running parallel to it and the stage situated in parallel to the main space. Entry on the east side is via a large plaza and another plaza was created on the west facade, linked to the reversible stage. The roof is covered by a garden that both responds to the landscape as well as provides thermal control. Given the translucent glass that covers the facades, during the day the building is filled with indirect sunlight and at night its internal illumination makes it glow, much like a giant urban lantern.