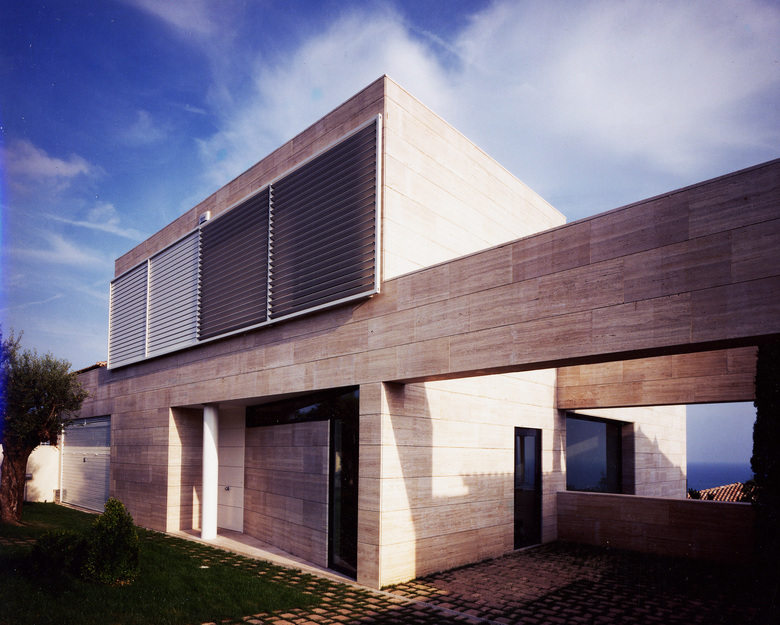 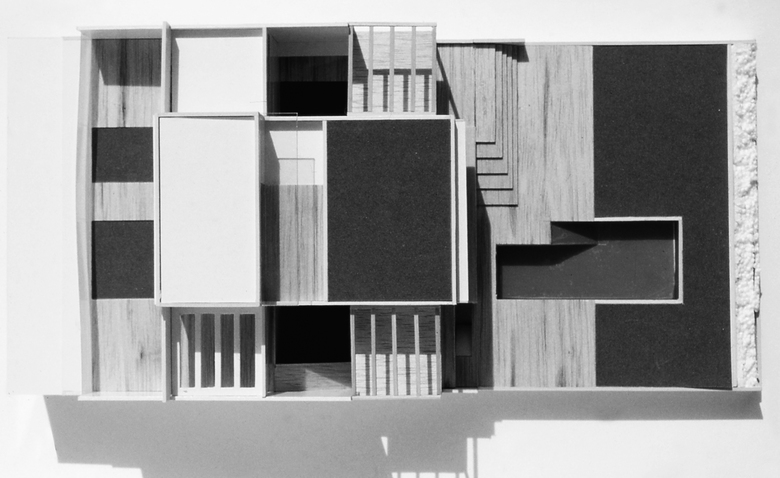 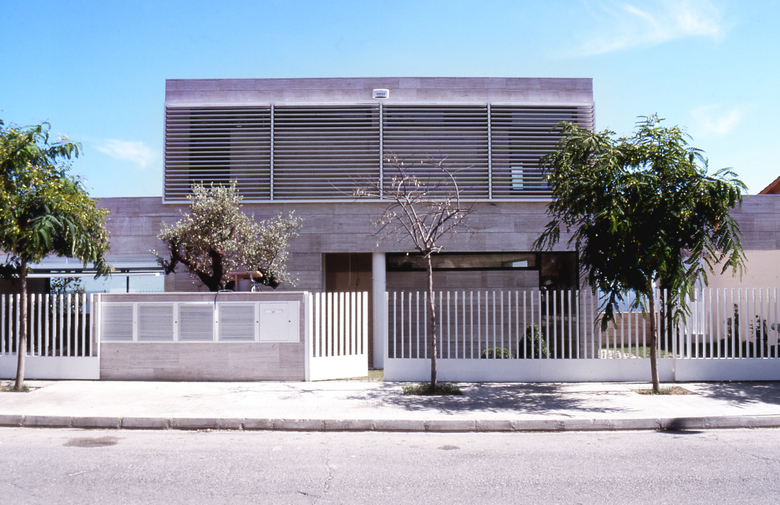 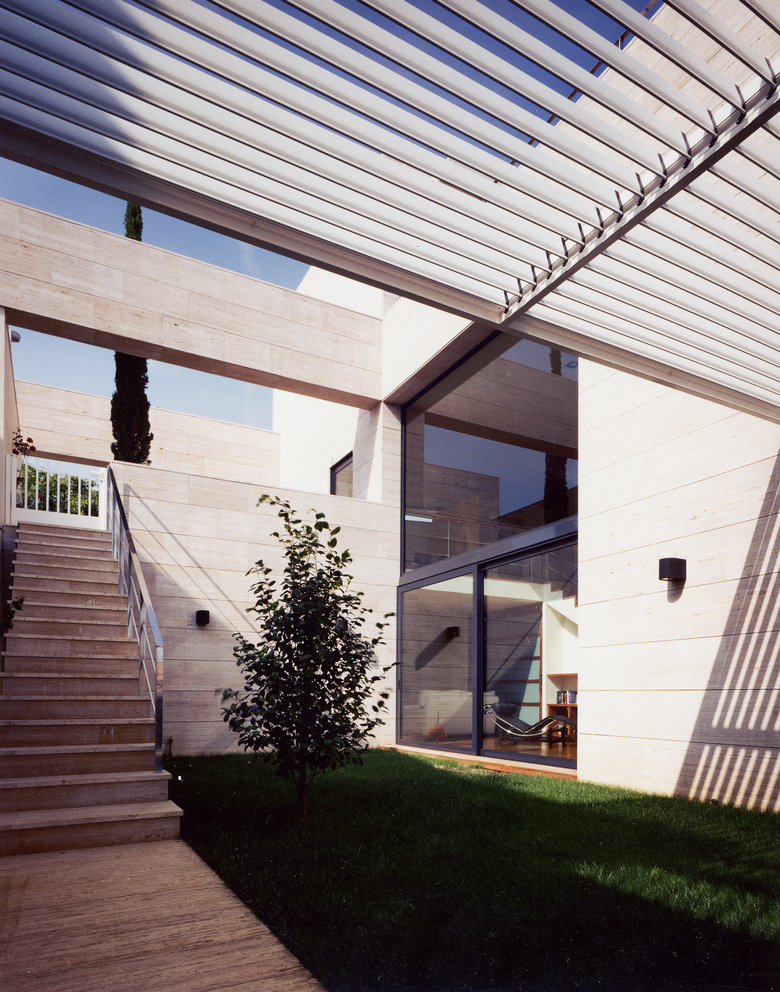 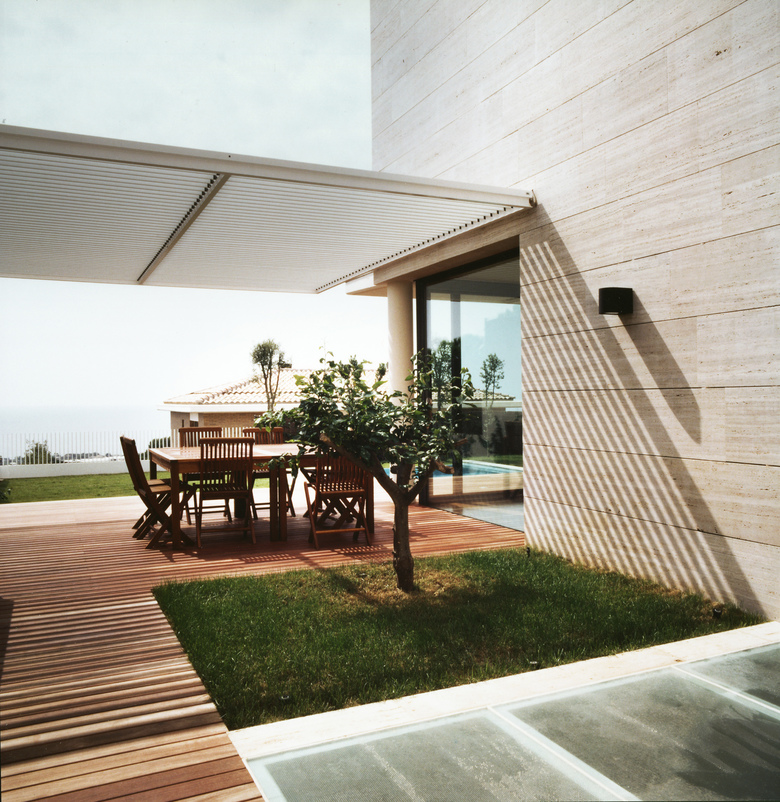 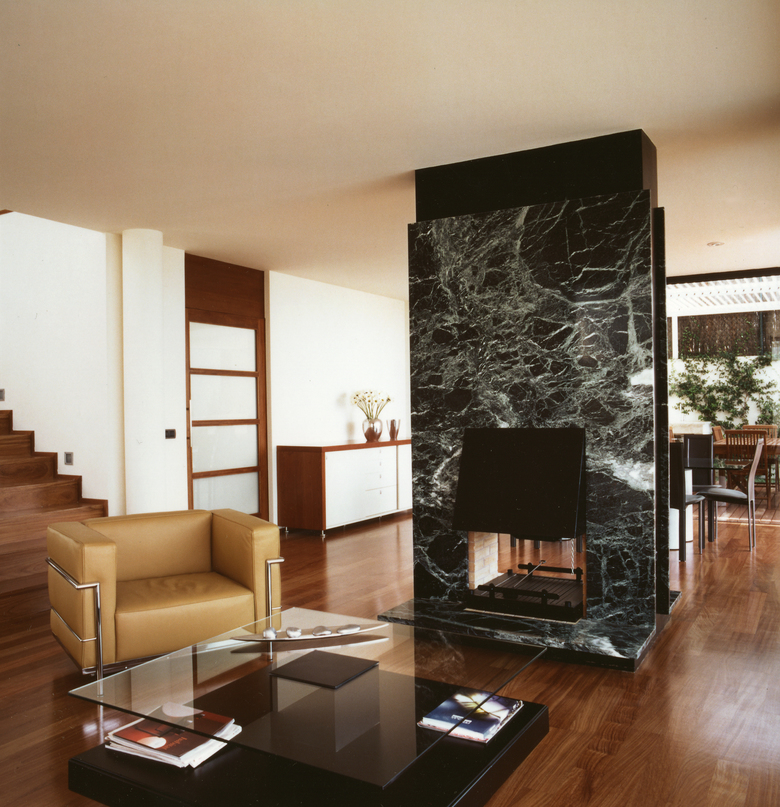 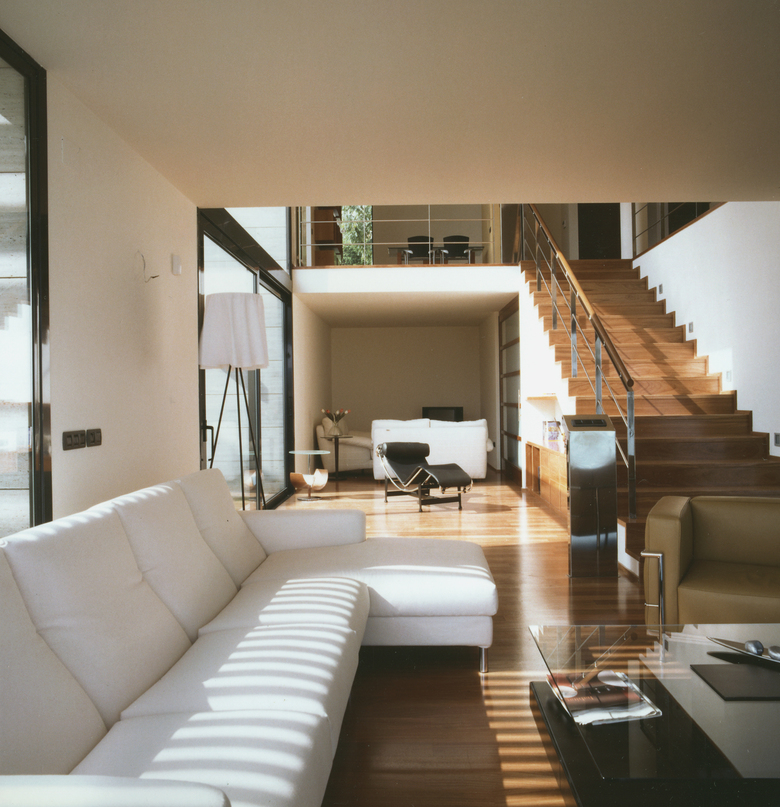 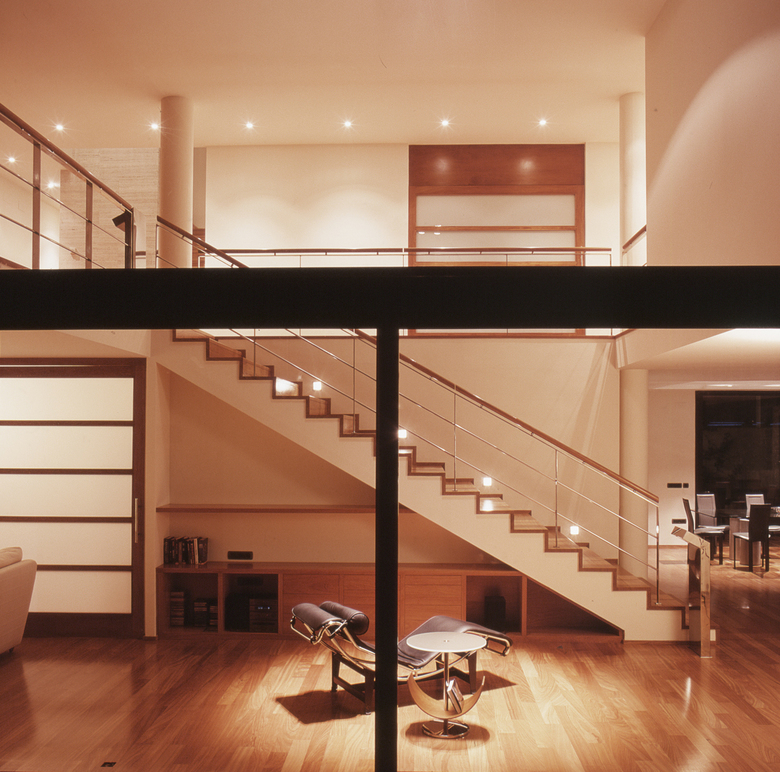 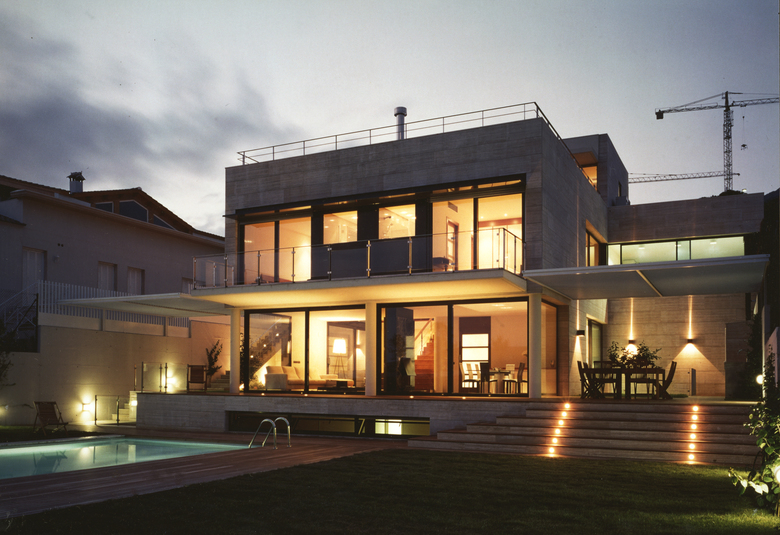 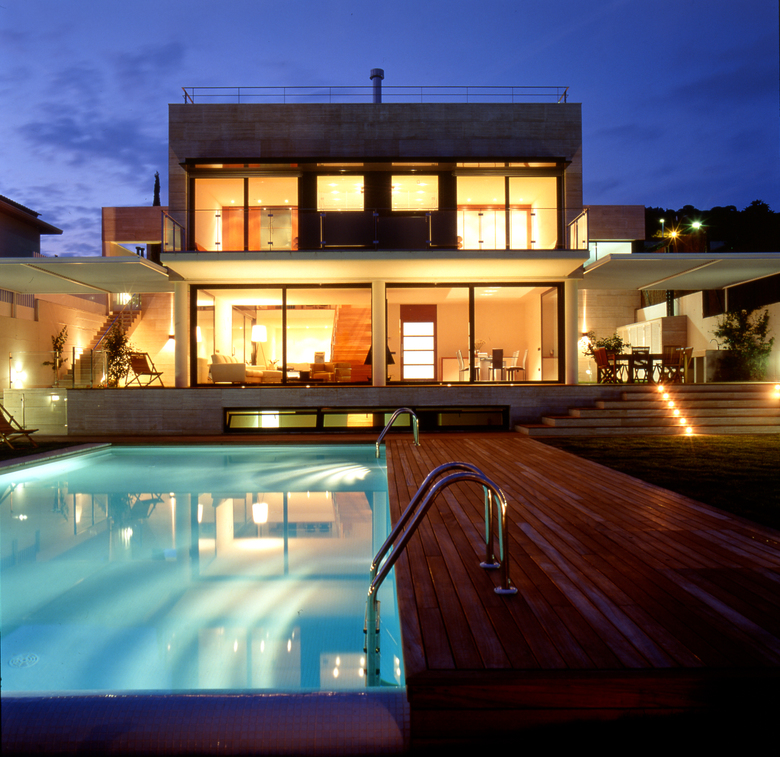 Situated in the small town of Teià on the outskirts of Barcelona, the site for this single-family house looks down upon the Mediterranean
Sea. With references to traditional Mediterranean domestic architecture, the design was based on capturing the light and landscape of the Catalan coast in the interior and the slope of the site was a determining factor, allowing for its development on three levels. Continuity between the levels, between the public and private areas, and between the interior and exterior is a constant theme. Organized in two clear volumes, the house defines itself as a series of platforms from which to enjoy splendid views of the sea. At the same time, the house absorbs the costal landscape, transforming it into a backdrop for everyday domestic life.