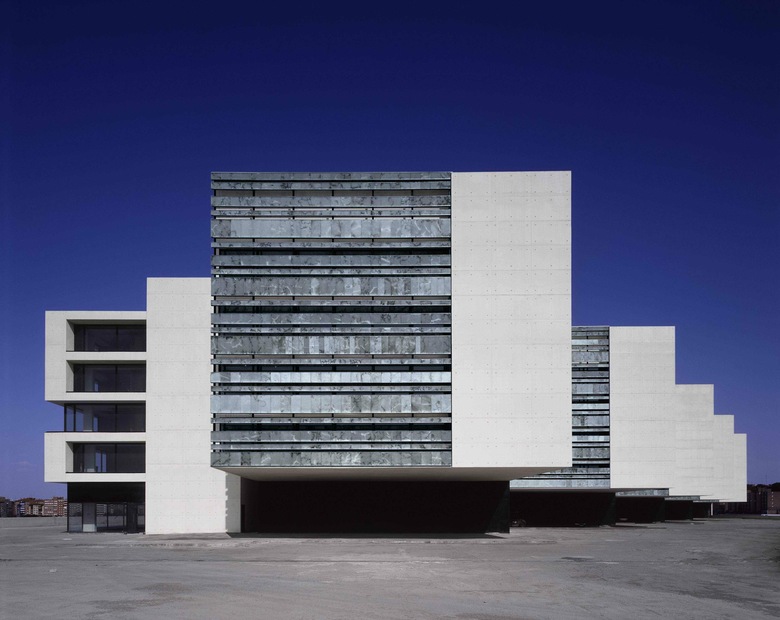 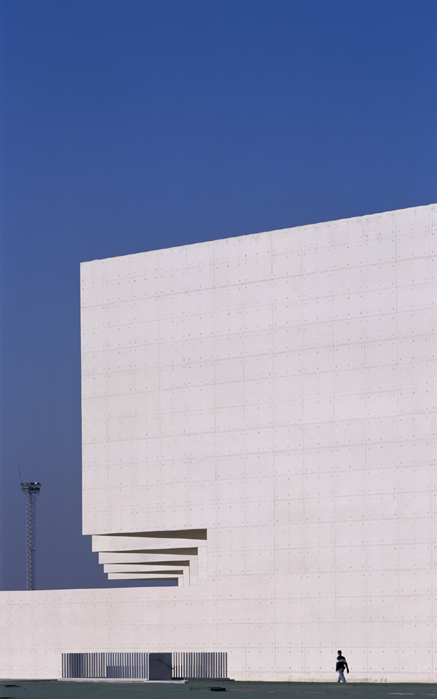 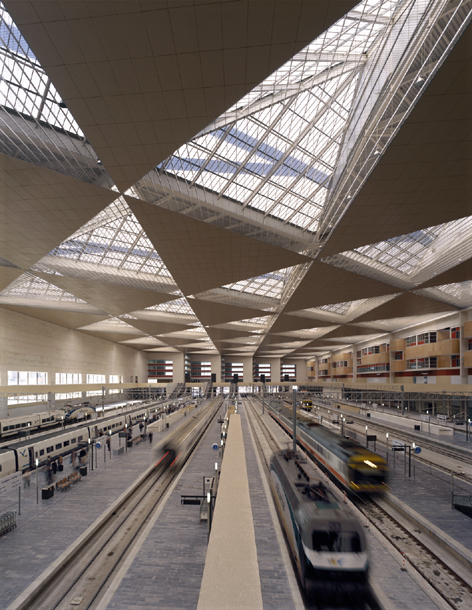 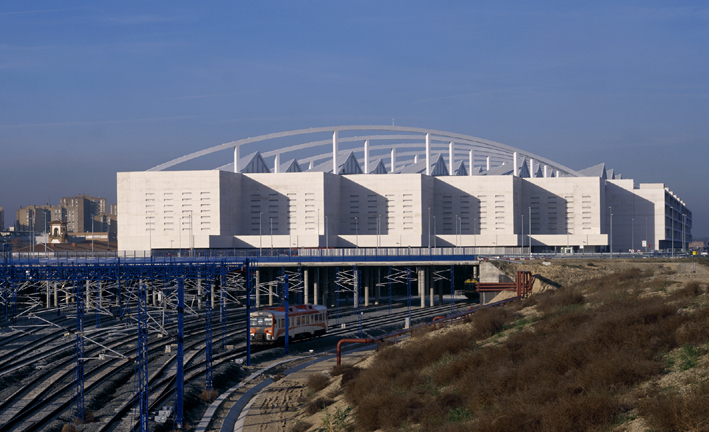 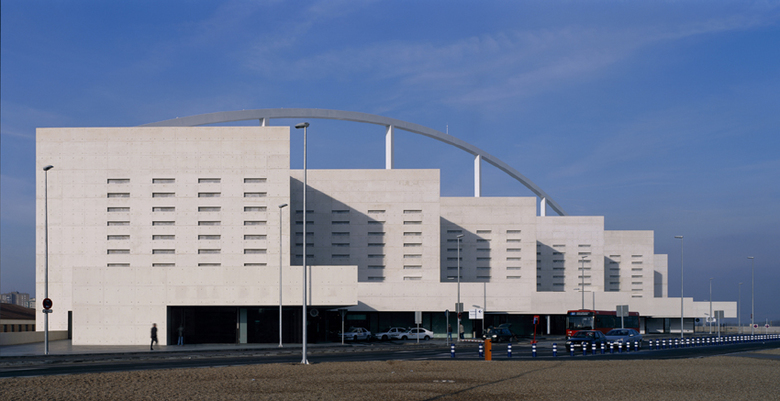 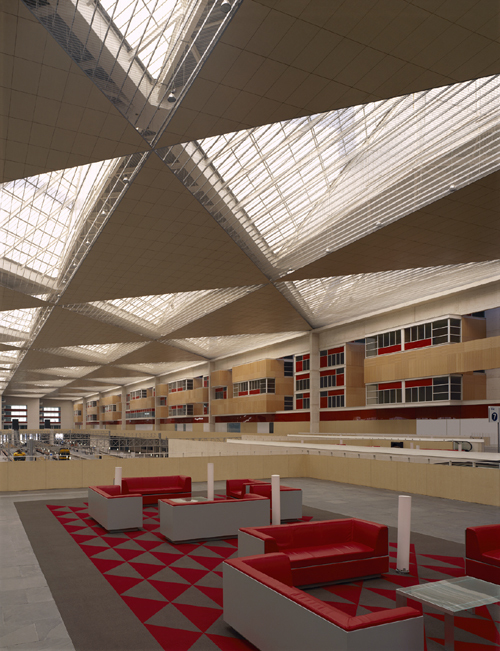 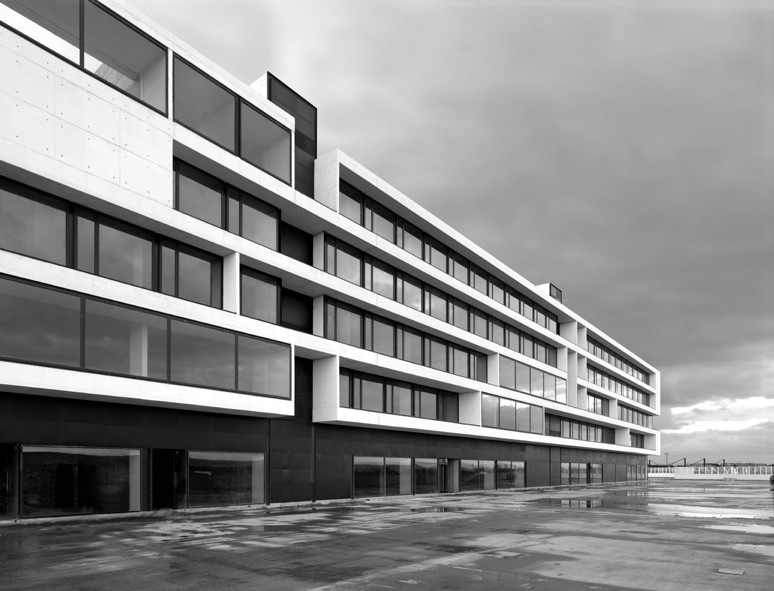 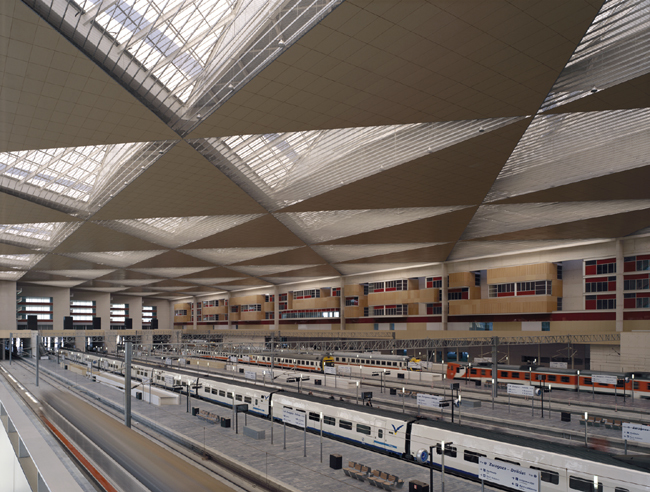 The project provides for an urban system involving buildings, civic rail infrastructure and landscape. Just as in earlier times the cathedral was the cohering representative scheme of the urban organisation, so here it is hoped that the implantation of the rail station will provide a functional, contemporary  and emblematic boost to town planning, one representative of its time. The functional program of the station and its surroundings brings together, then, urban transport and such complementary social and commercial communication service as hotels, a business centre, a liaison centre, infobox, a museum of railway history, a park and leisure facilities.

In constructional terms the station itself is made up of large pointed elements of white concrete, thus defining, by means of this constructional system and the possibilities of the jutting bodies and cantilevers of concrete, each of the situations related to the transit, funnelling and protection of the users; entrances, intermediary spaces, concourses and main hall. The roof, resolved with lightweight materials and suspended on nine metal arches that rest on the main concrete volumes, hangs over the interior, and is arranged as a triangular floating composition of light, reflection and constructional geometry. Inside the building, and at night, the illumination of the arches makes is contribution as an element of the dramatic new iconography of 21st-century Zaragoza.

Different communication and installation technologies reinforce the architectonic discourse proposed in relation to the informational aspects, use and comfort of the main space of the concourses: conveniently placed multimedia panels and wall-size video screens allow the traveler to visualise the time table and environmental conditions of the station and of his or her destination. As to its precise implantation, the new urban system is adapted to the conditions of the existing surroundings and traffic in a way compatible with the appearance of high-density urban roads -–ring roads -, currently supplementing the nearby motorways and exit avenues from the city, in such a way that earlier problems of the physical and visual links between the once separate neighbourhoods of the Almazara and Las Delicias, the nature reserve in the crook of the River Ebro and the Alfajería Park are resolved.