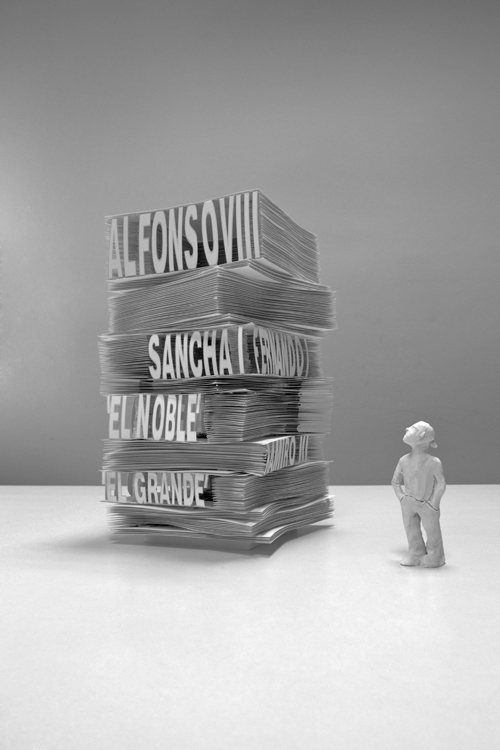 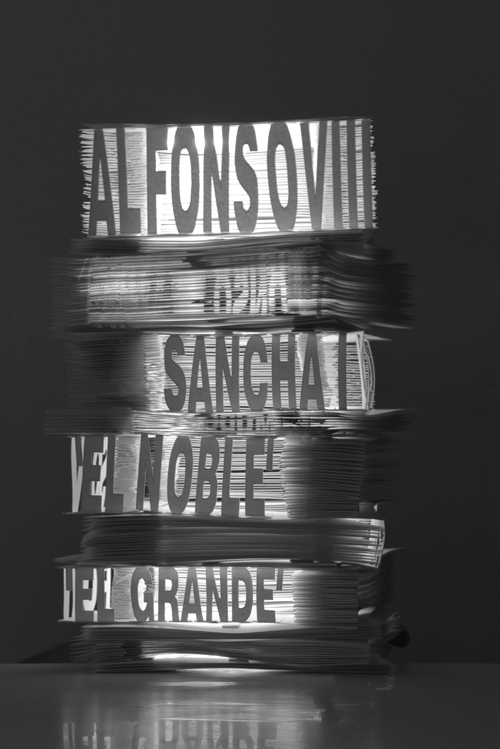 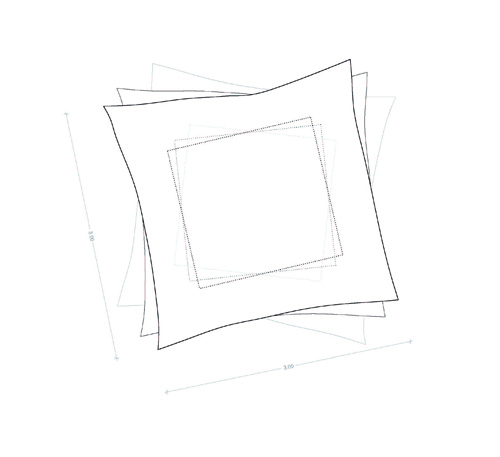 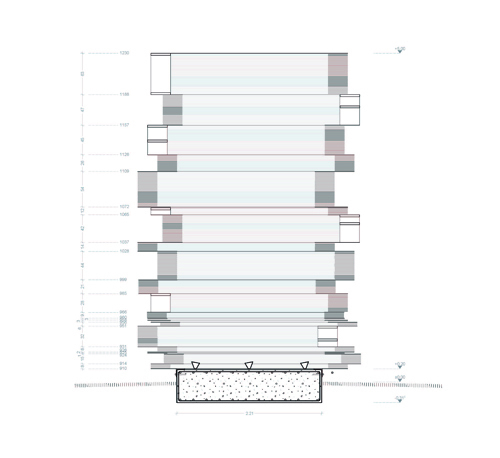 The story of a people is formed by layers, or whatever it is, a succession of events that influence with each other creating a sediment and basis on which people evolves and writes his own history. For example, the Leon’s kingdom began to lay the foundations in 920, and for 320 years, until 1230 succeeded 21 kings and some important events like 1188’s courts or the idea of the municipal organization of the charters.

The sculpture wants to show this idea of layers and, therefore, is performed with a sequence of 320 layers of steel (as many years did the Kingdom of Leon). These layers are separated from each other and contain the names of the kings taking up all layers corresponding to their  years in office, so people knows easily the importance of each reign in the whole period. Each change of mandate is marked with a little twist of the steel plates giving movement to the sculpture according to their location. It also introduces important events in the history of the kingdom of Leon.