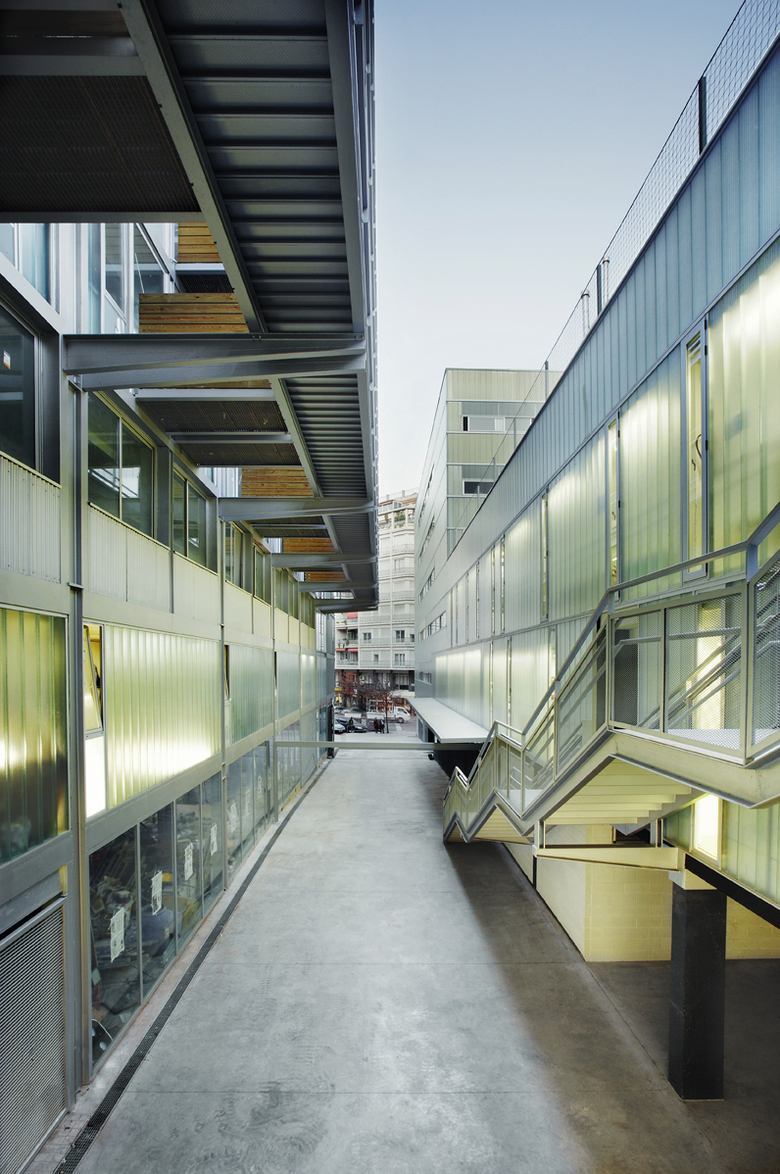 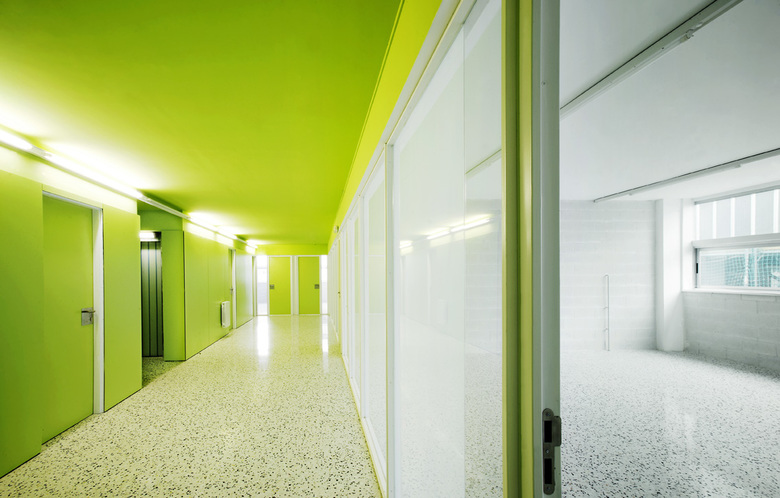 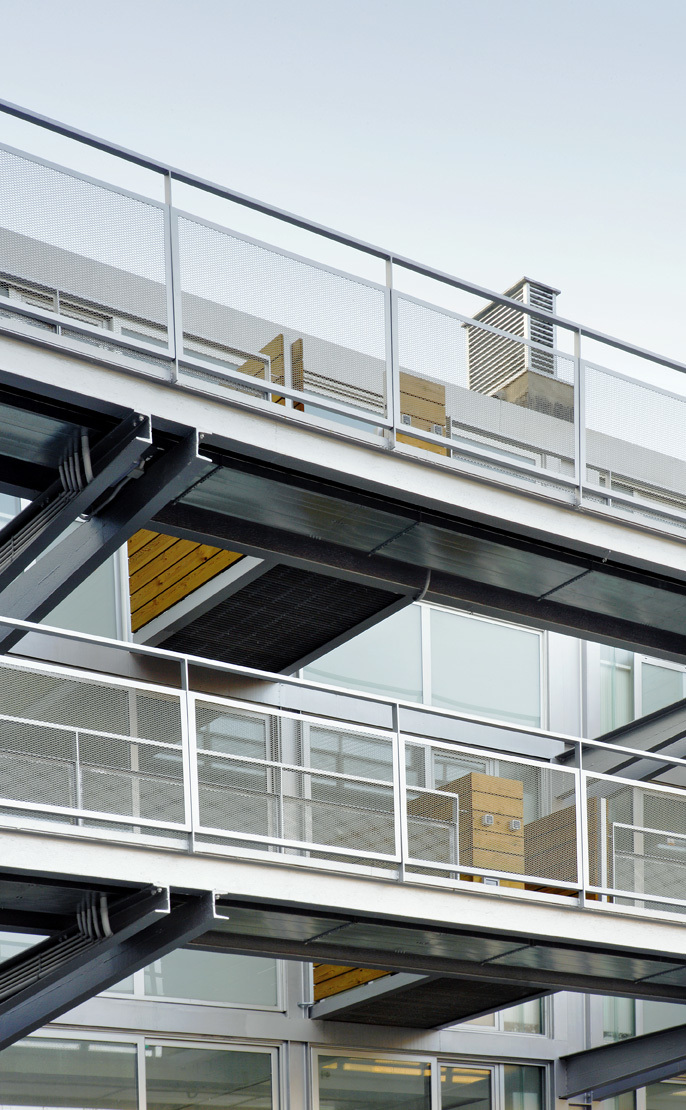 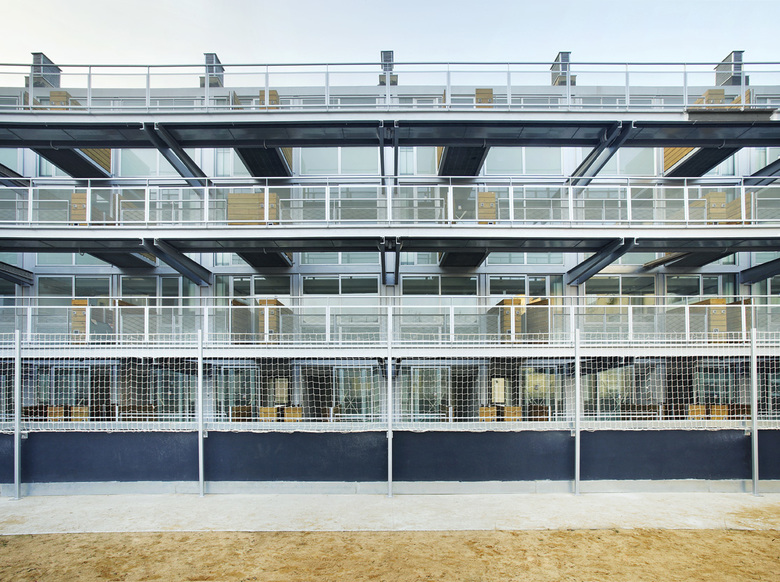 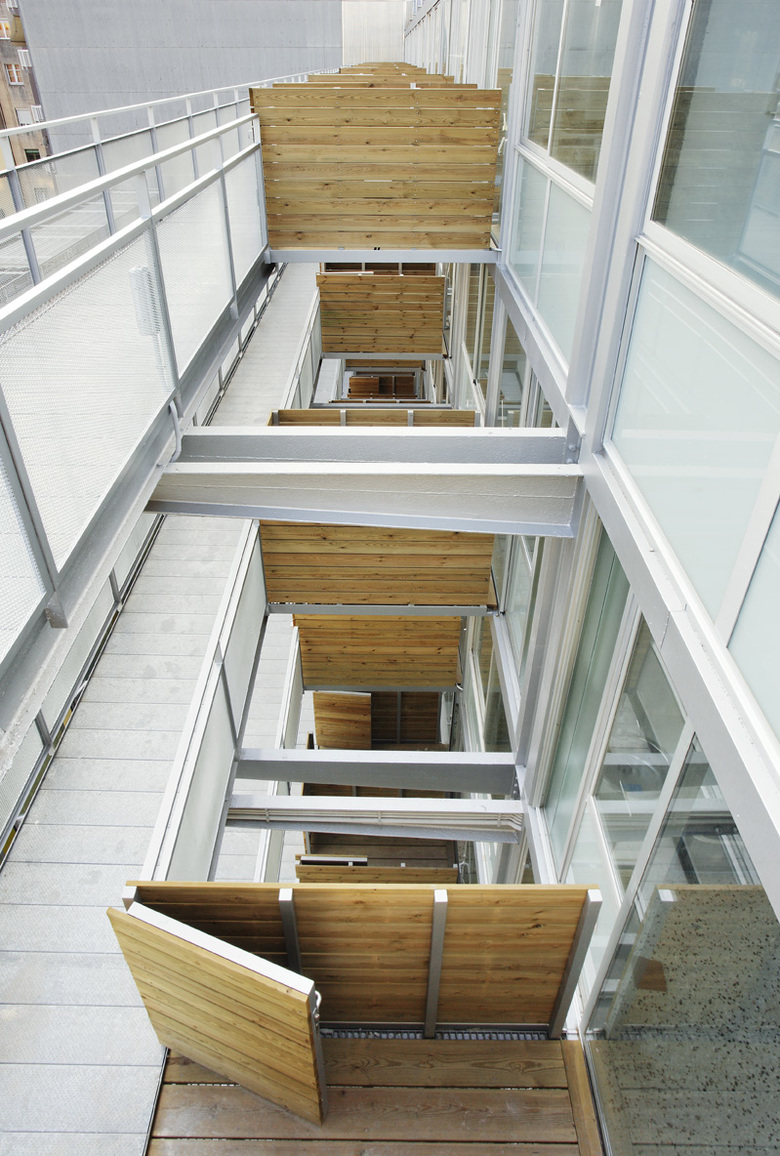 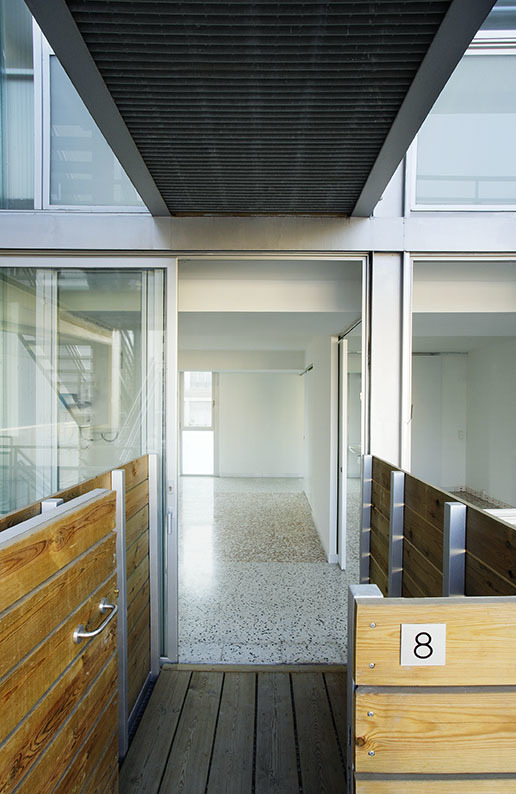 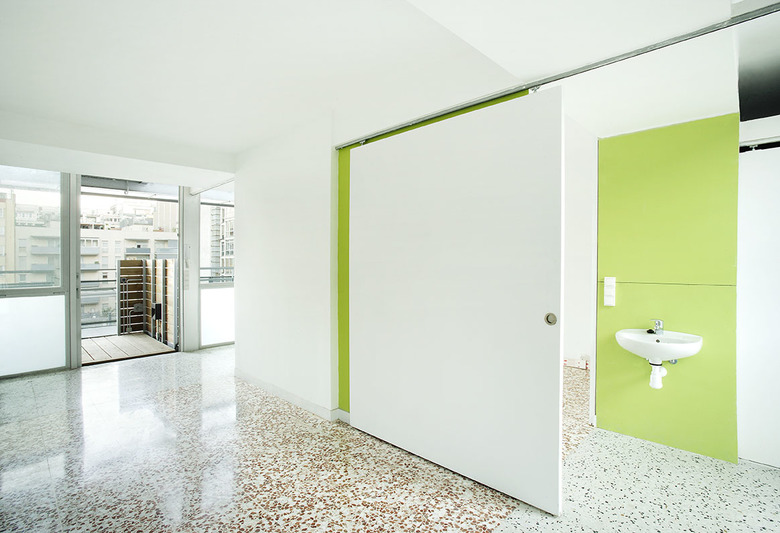 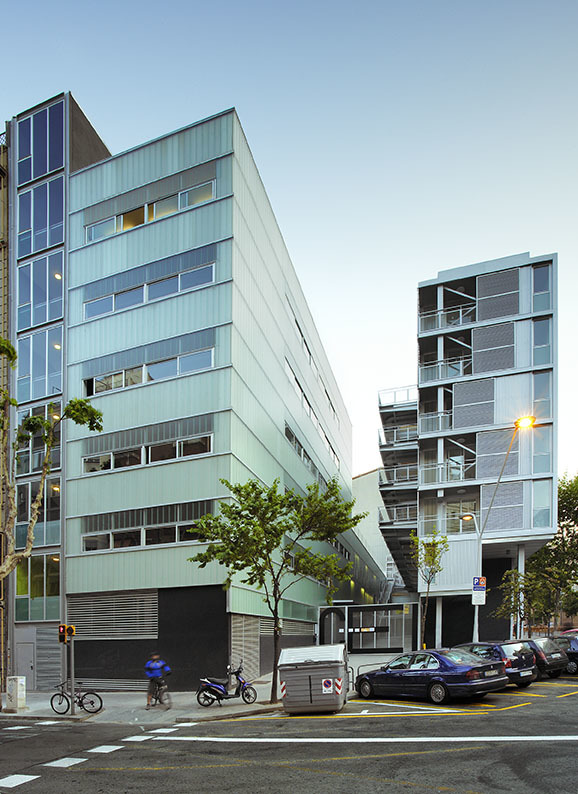 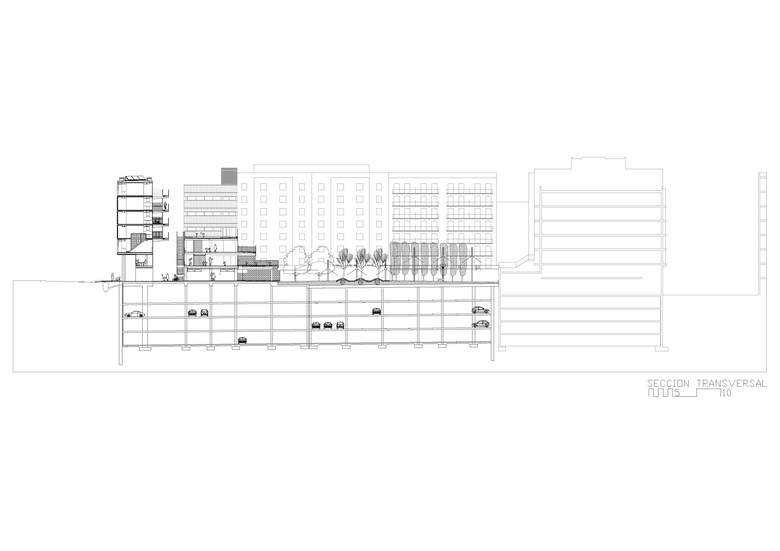 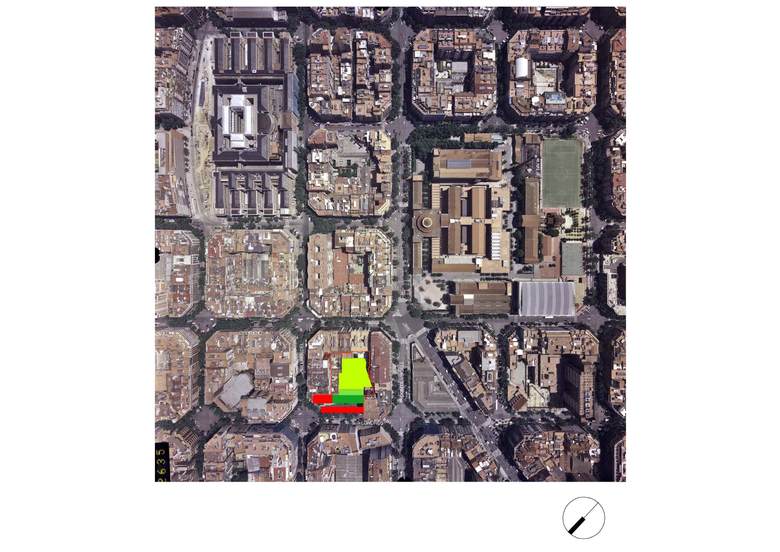 “I believe that everyone should live in one big empty space. It can be a small space, as long as it’s clean and empty.” The Philosophy of Andy Warhol (from A to B and Back Again) .In the competition’s conditions of entry, the site was divided in two: The north-facing corner, concealed from the sun and with scant ventilation, to house 40-m2 dwellings for young people and the Carrer Londres front, for an infants’ and primary school, with much higher building levels than would actually be used. Our idea was to return to Antonio Bonet’s ‘Mediterranean’ Building, a hybrid that aspired not so much to break with Cerda’s rules as to explore the true potential of a series of bylaws which, though never passed,would have made exceptions something usual in the new town of the Eixample: its passages, ground-floor workshops, façade courtyards, singular street corners and a concern with sidewalks that do not allow pedestrians to get away from cars, an element that did not exist in the 19th century. Bonet redefined the ground floor,sidewalks and alignments, adapting them to the 1960s.

Our project continues Bonet’s concern with extending the sidewalk and moving pedestrians away from the traffic by recovering the idea of a permeable street that lay at the origin of the Eixample. In this way, Carrer Londres extends its 20 metres with a succession of parallel spaces, a bar code in which the strips rub against each other, alternating full and empty, light and building, and creating visual relationships and cross connections between the street and the street block interior.

The project occupies the 28.5 metres of depth, dividing the building up into narrow, parallel volumes that are terraced from north to south, letting sunlight into both the dwellings and the infants’ classrooms, avoiding the compactness and ventilation shafts typical of the Eixample, and enabling the two different programmes (school and dwellings) to coexist and dialogue. These two programmes give rise to an intermediate passage, hall or patio that leads into the school, freeing up the sidewalk of the students accumulations that tend to occur at school gates. The complex functions like a miniature city.

The apartment block is laid out with a 7.5-metre deep portico, producing 45 apartments of 45 m2 whose scant depth provides natural cross ventilation and sunlighting. Access is via industrial walkways suspended over the passage at a distance of 2 metres from the southern façade, like bridge-balconies leading to the dwellings; 2.5 m2 of entrance porch, a multipurpose space to leave a bicycle, dry clothes, sunbathe or fill with plants. It is as though we have piled up single-familly houses.