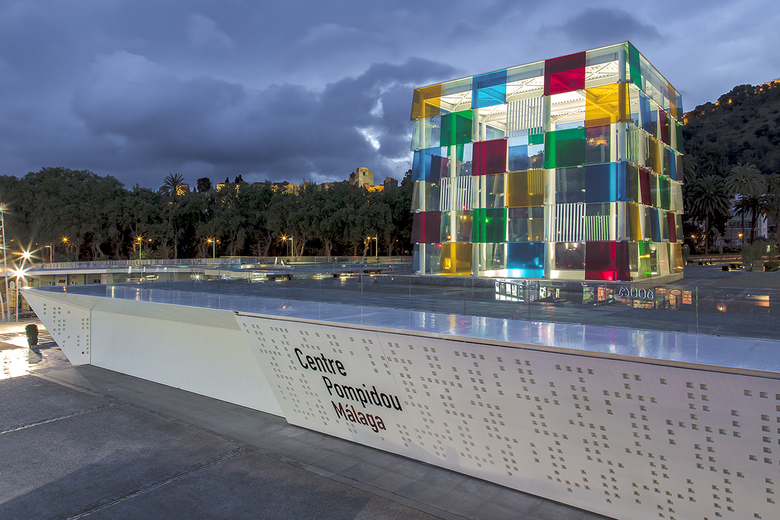 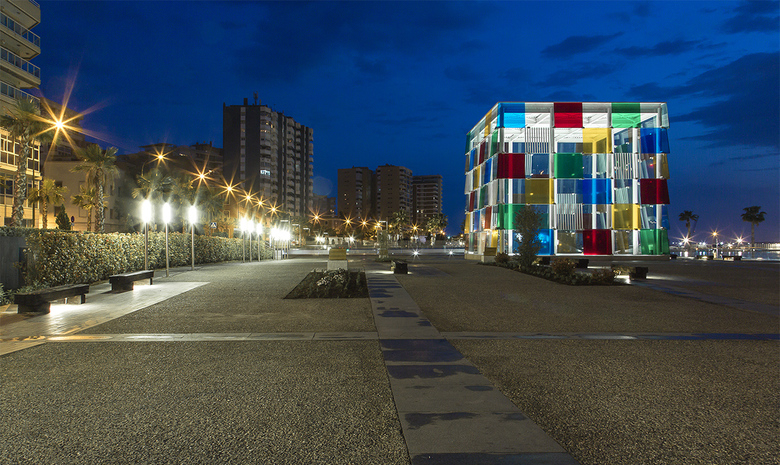 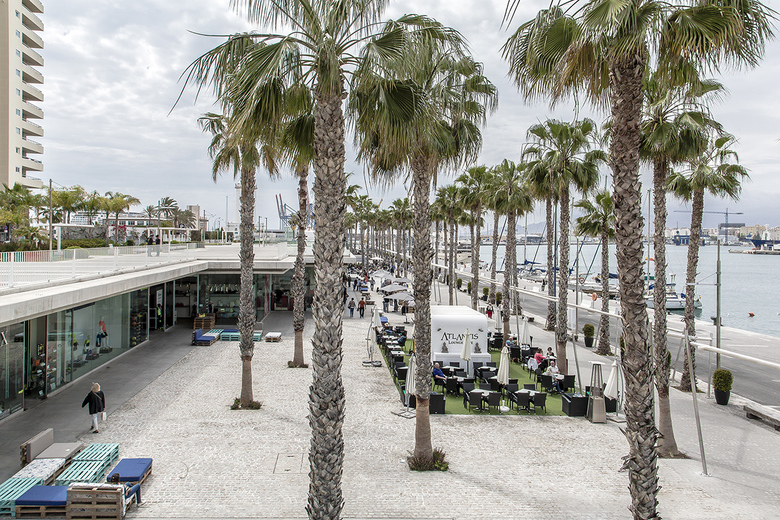 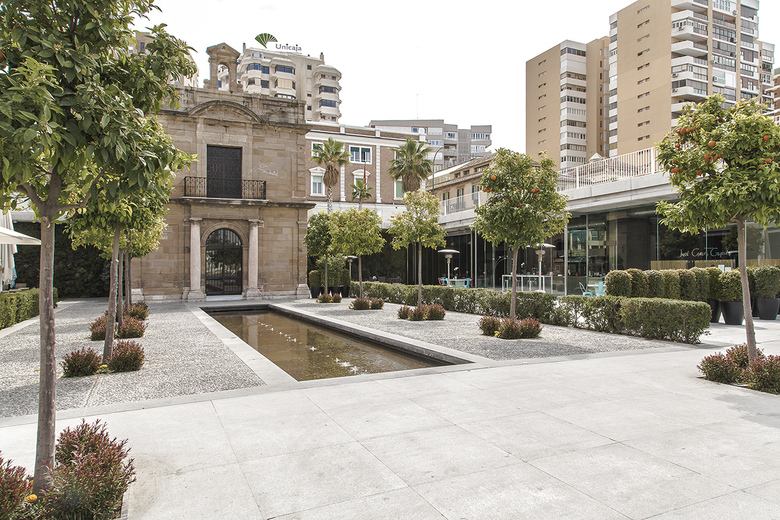 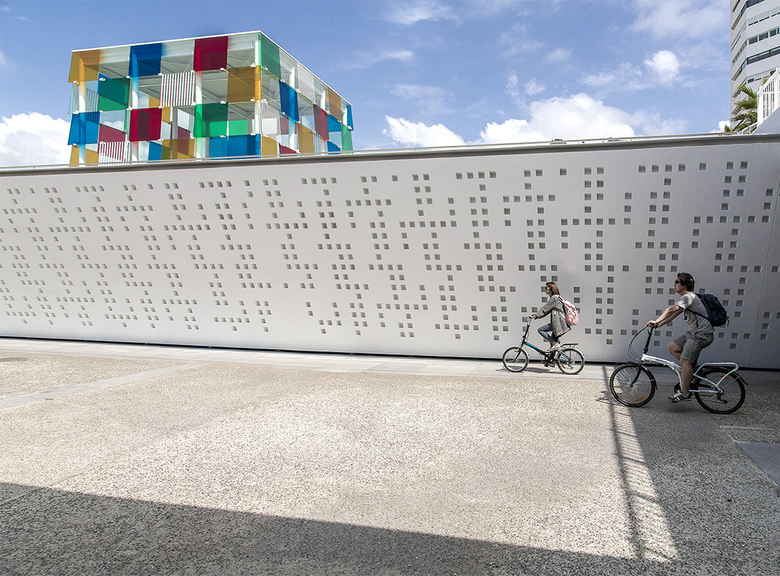 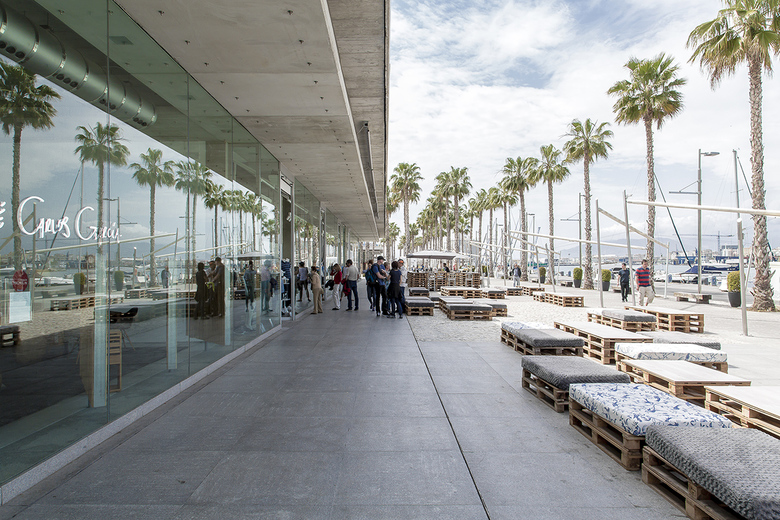 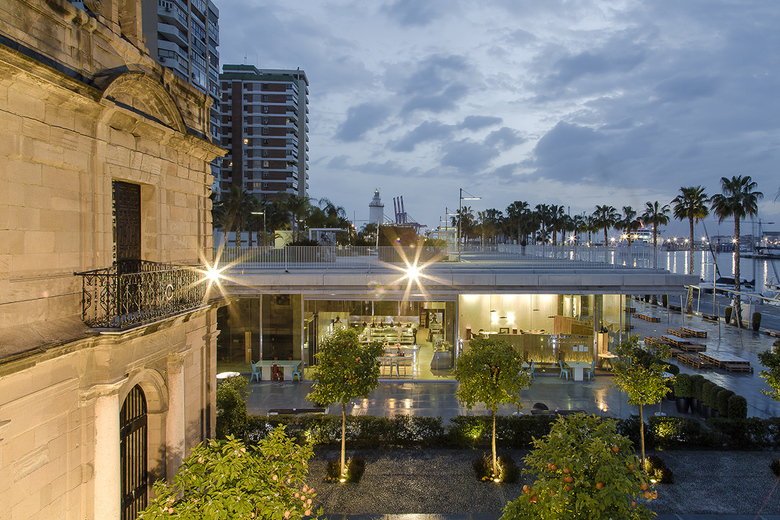 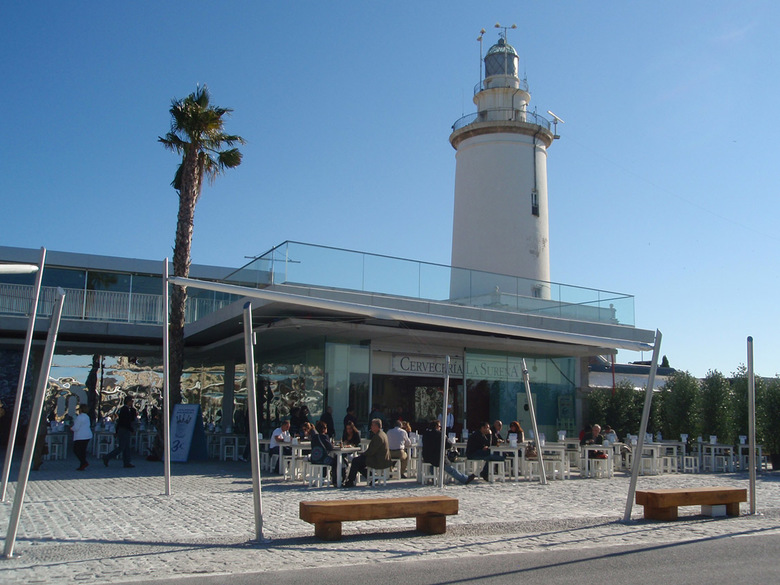 In recent years Malaga has lived with its back to the sea, thanks to maritime activity that has kept the port off limits. This latest urban transformation has reorganized the area by changing the use of Muelle Uno (Wharf One) so that local residents can enjoy strolling around and contemplating the new space.
Using existing landforms, the project proposes a linear solution on two levels which has created a parade of shops at wharf level, bringing new life and energy to a previously lifeless area, while the upper level features a new seafront promenade typical of all cities with a rich maritime tradition.
The project is completed by a cultural centre which also serves as a visual attraction. El Cubo, a branch of the Centre Pompidou, is without doubt the most characteristic part of the project, not only for its strategic position, but also for the boldness of its form. The centre itself occupies the majority of the 6,300m2 on the ground and lower ground floors at the corner of Muelle Uno and its exterior features two elements of considerable plasticity. Firstly, the roof of the Centre forms a new plaza at the same level as the city, using a fifth façade to evoke a sea of stone out of which emerges el Cubo, the building's insignia. Now an iconic symbol of the new wharf, this cube has glass sides twelve metres long. The metal framework is covered by dozens of glass sheets which overlap like fish scales filtering the light which enters the cultural centre and enriching the texture of the sides of the cube itself, which has recently been given a new touch of colour by French artist Daniel Buren.