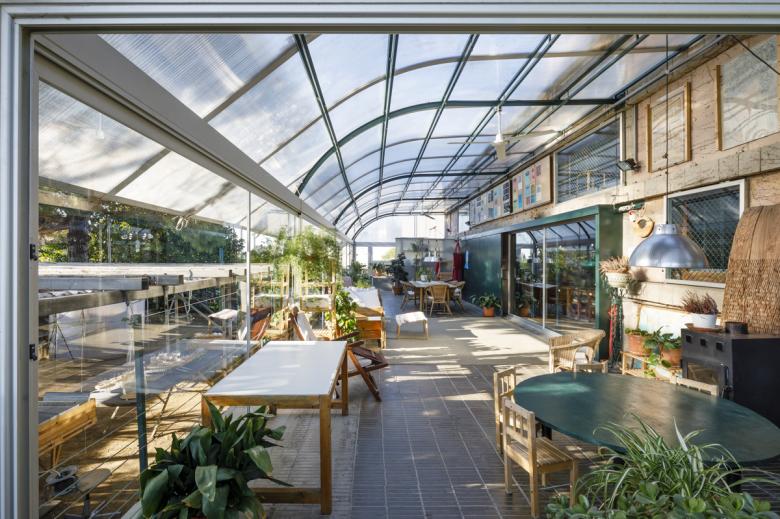 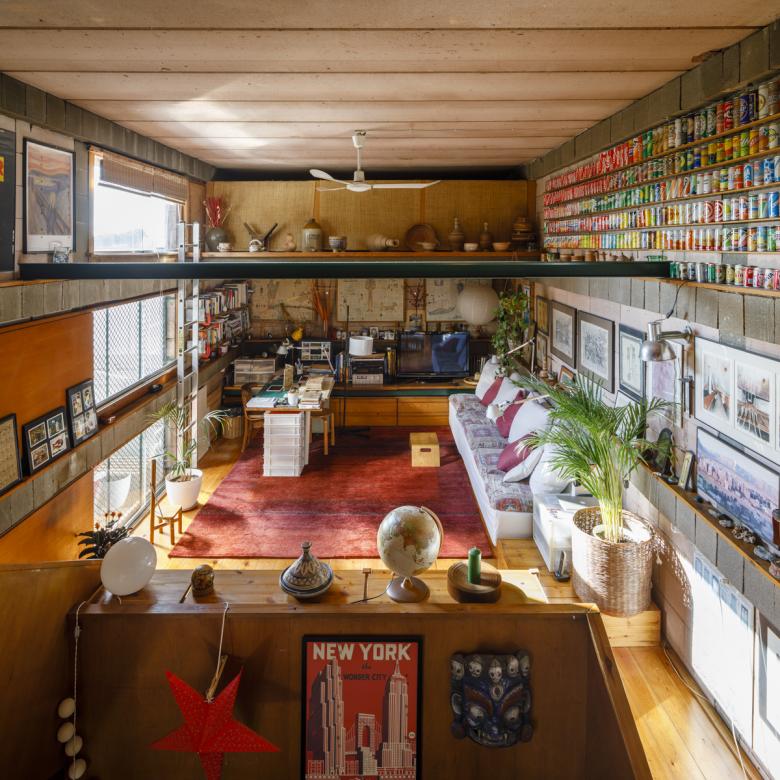 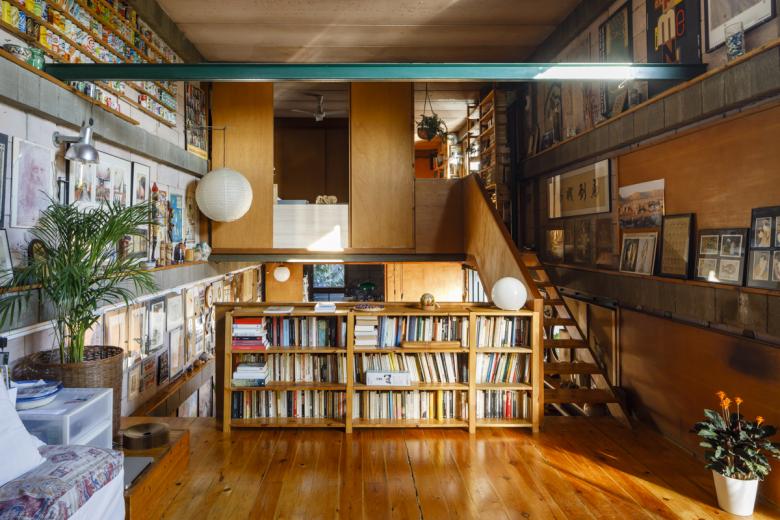 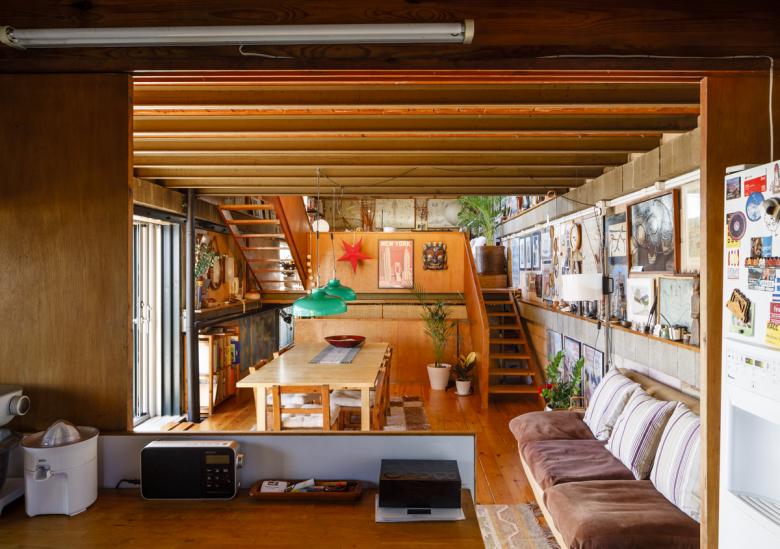 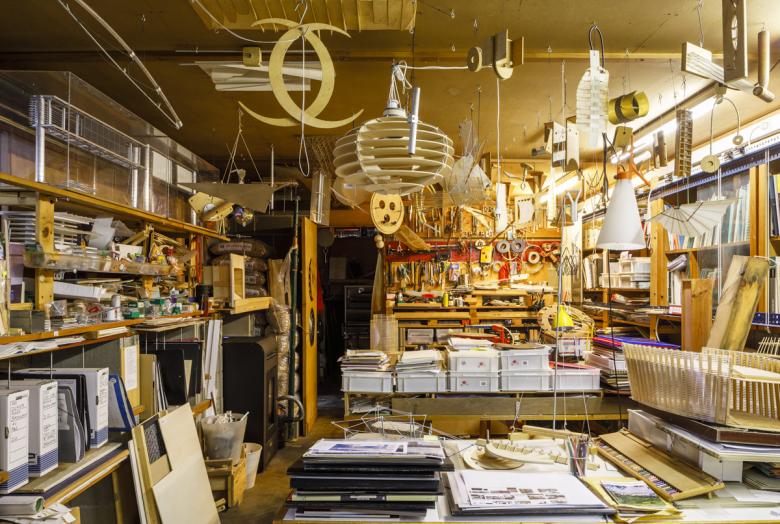 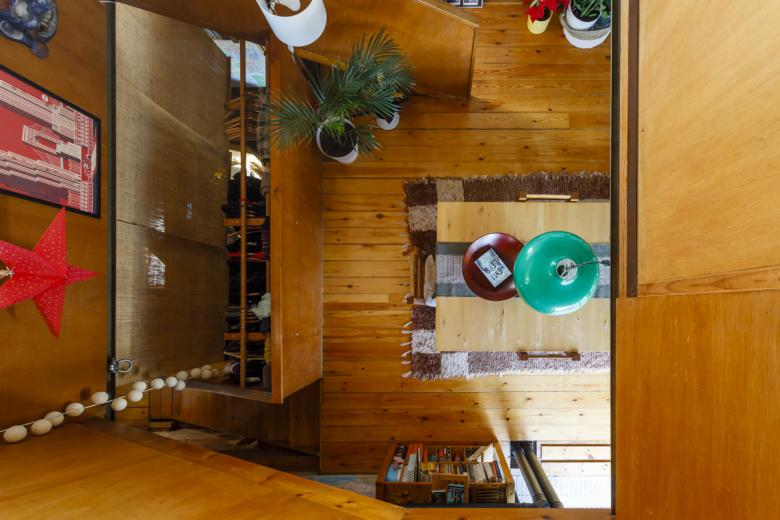 The construction of this house consists in two parts, the properly living space where there are the bedrooms, living and dining rooms plus services, and the complemen- tary spaces such as the studio and terrace - solar collector- located at the base- ment.

The living space is a 4x16m container. Very isolated and with a rectangular plant, it’s higher than its width to allow subdivisions placed at different heights.

The walls that make up the container are 20 cm thich, made of “ytong” mortar block. Each five courses there are horizontal belts of 40 cm wide that provide 10cm on each side of the plane of the wall. Due to the poor consistency of this wall, there are reinforced by 20 x 20 cm zunches. In this way the container is sewn both vertical and horizontal.

This container is very economic since the material with which the wall has been built in addition to working in compression is used as a thermal insulator and as interior and exterior finishing. It is not waterproof material but as it is 20 cm thick in case of rain the first three centimeters wet and 17 cm act as protectors.
The cover is made of reinforced plates of the same material. They are not dimensio- ned as a function of the weight to be supported, but the thickness of the 20 cm insu- lator, same as the walls to have homogeneity in the insulation of the container.
The forges are very light, consisting of a 2.5 cm wood machine. Thick. They are very economic since it is also used as a roof finishing and as a floor finishing. The weight is less than 5% of a traditional floor. It has a direct repercussion on the strength of the beams and the resistance of the wall.

Dividing partitions are doors like those used for houses whose load is practically despicable.
All the facilities can be enjoyed with views. The electricity has a perimeter guide of outlets on each floor. The water pipes are placed in the front of the perimeter belt in sites where it is necessary to have outside water points, directly outside drains. Between joists of the floor, to be split with a collector located throughout the entire house.
The exterior finishes are from climbing plants with the exception of the front part where the solar collector is located.
The interior finishes are the drawings, "posters" plans, pictures and other objects that are very family to the users of the house.