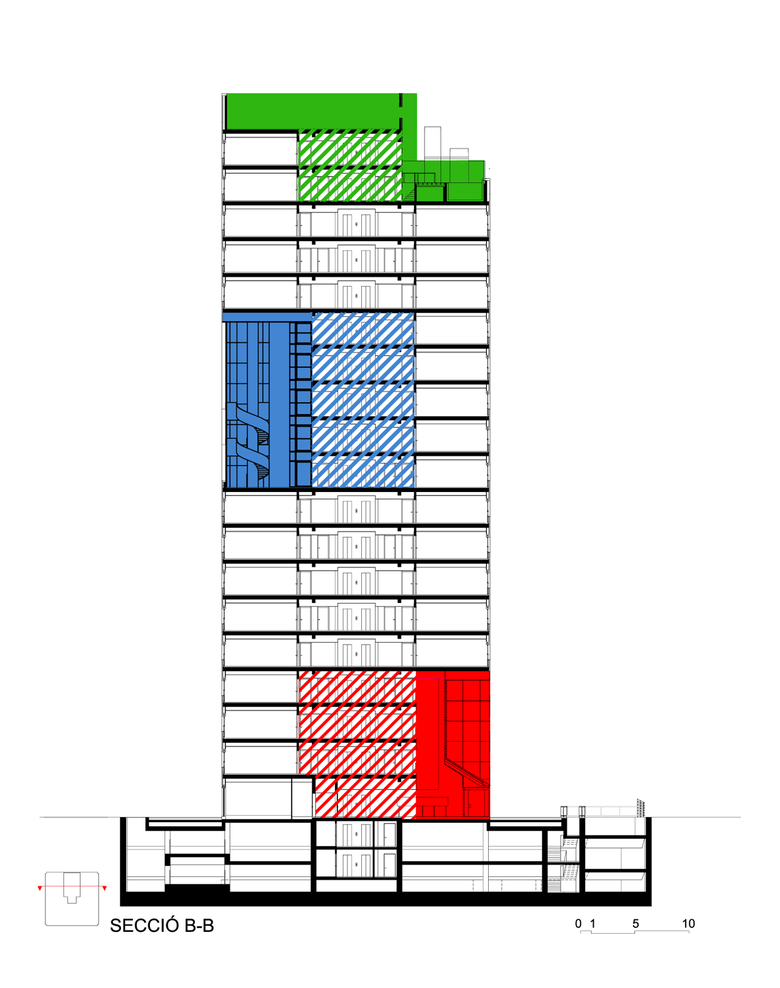 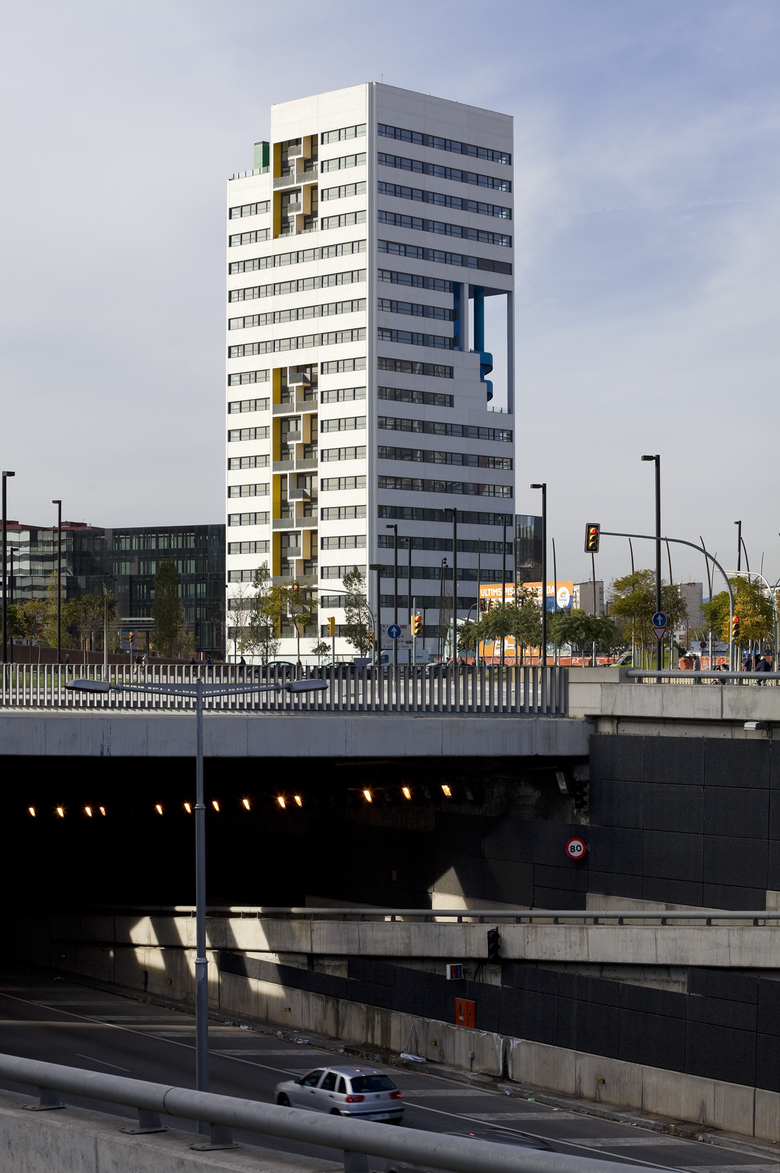 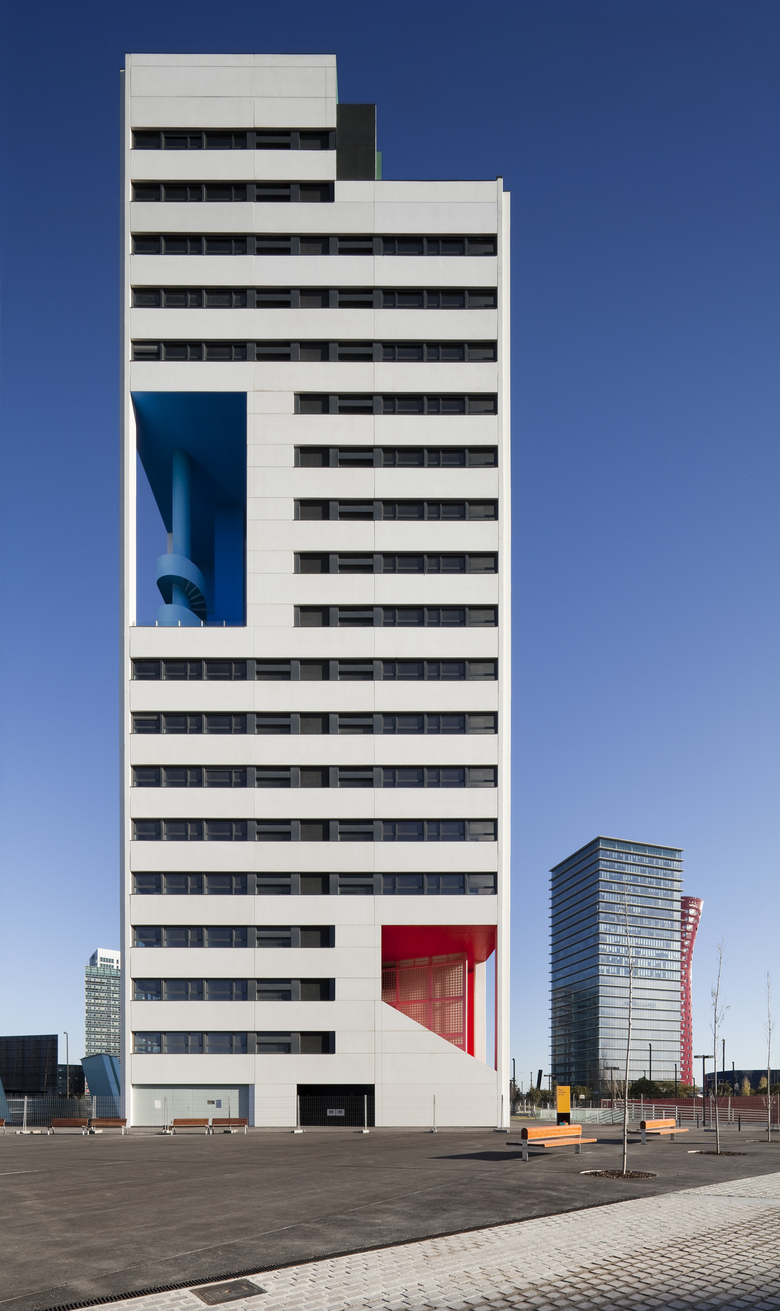 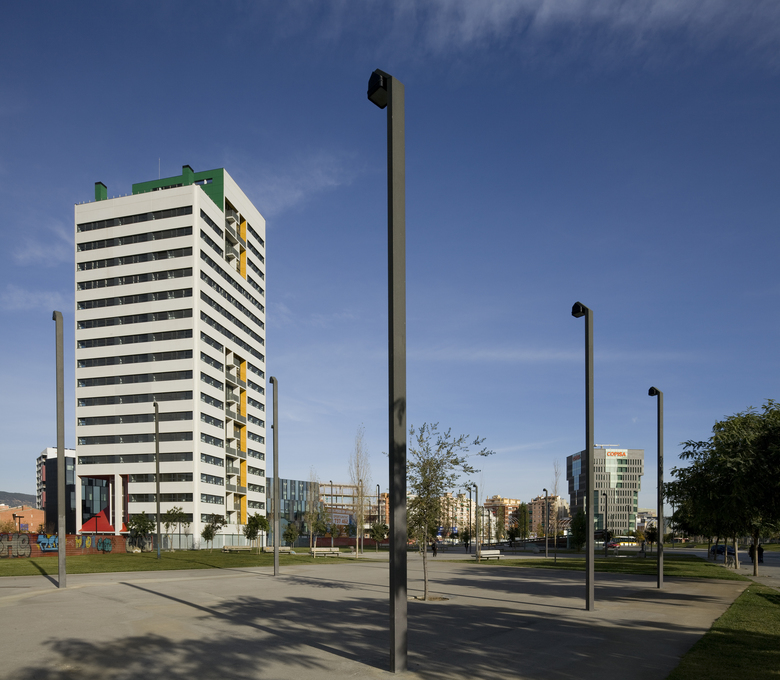 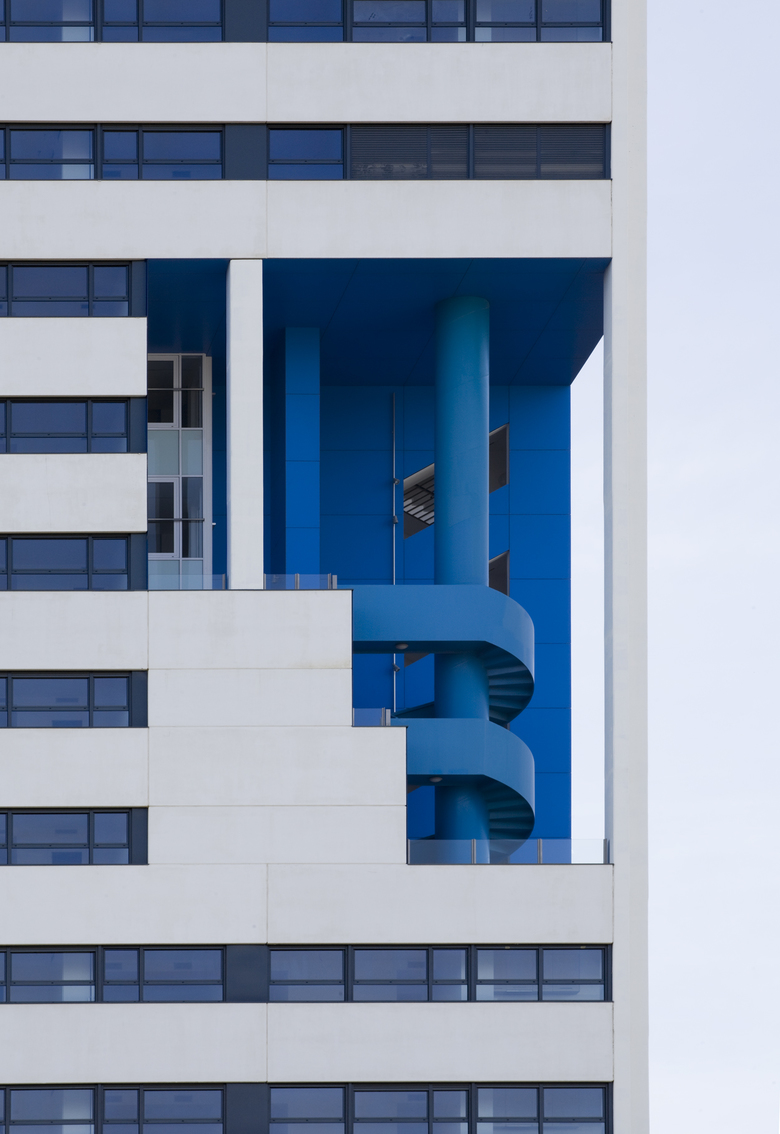 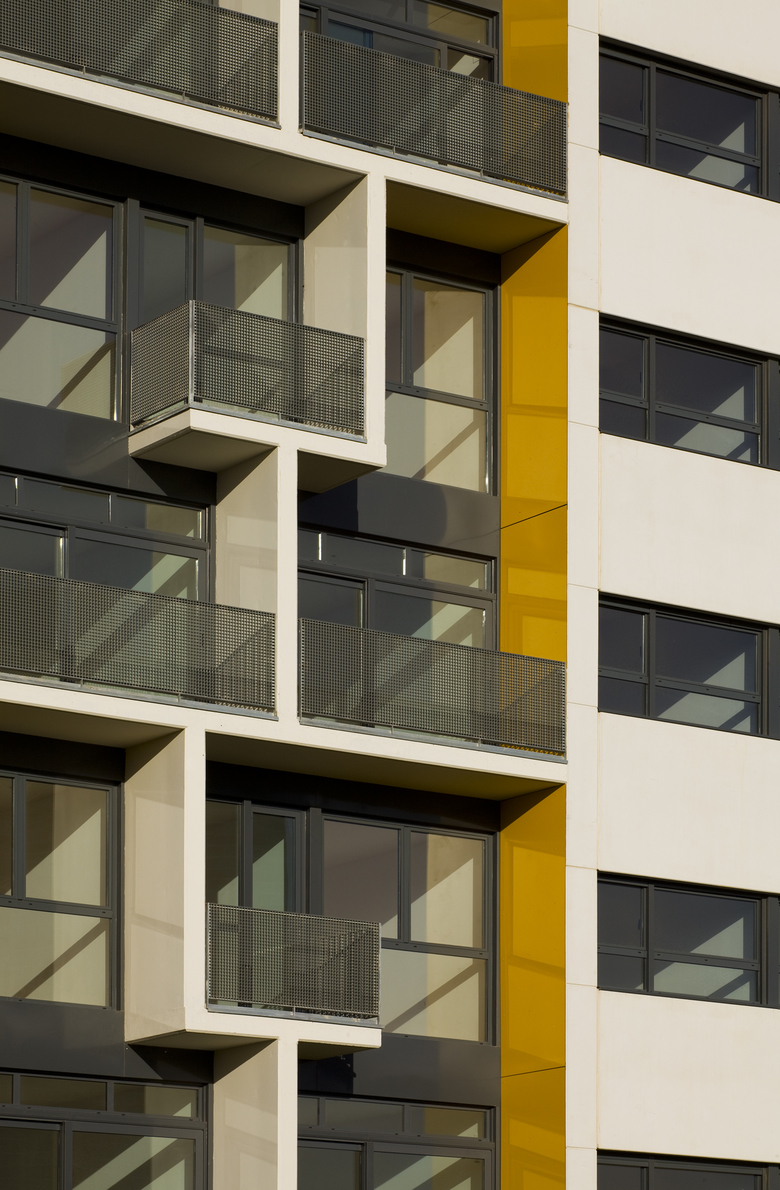 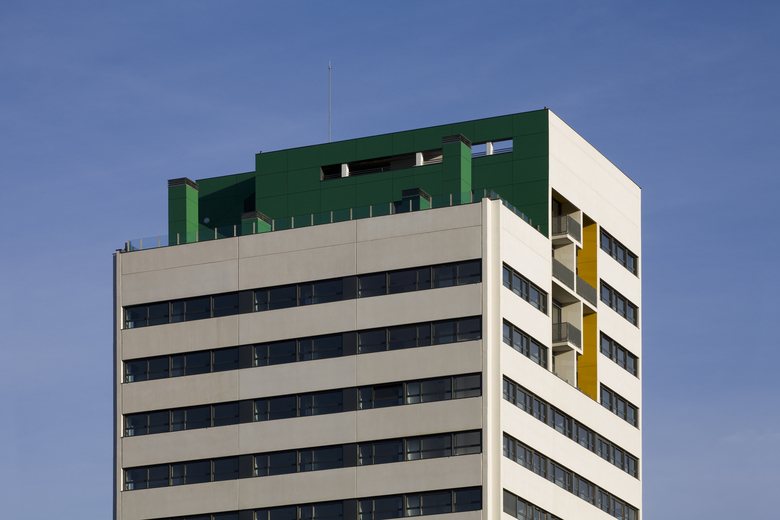 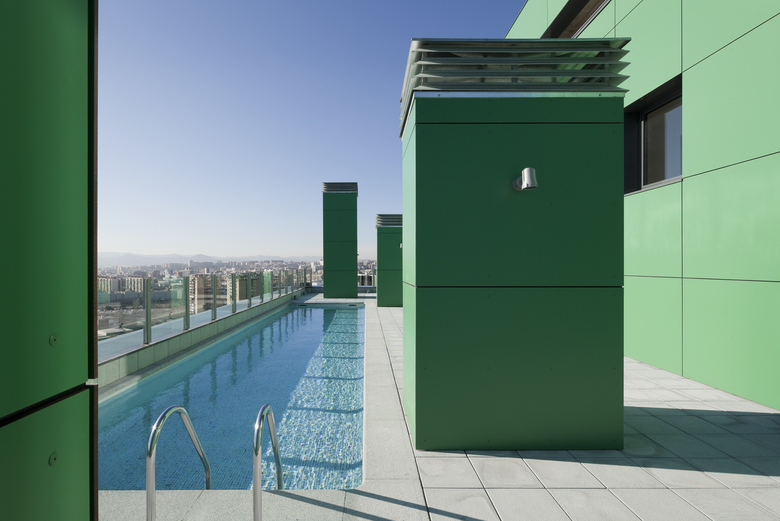 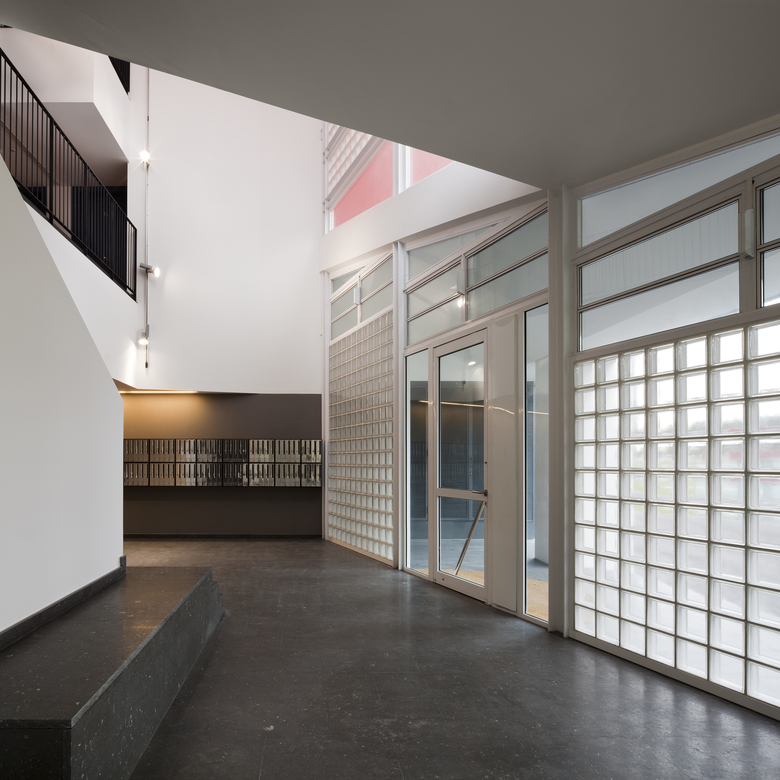 The White Tower is a residential building of 19 floors and two basements containing a variety of different homes: single or duplex apartments and one, two, three and four bedrooms. The dwellings are gathered around a vertical street and articulated with three neighborhood “squares”, one on the ground, one structured along four floors in the middle and one with a stepped sky-line at the top, liberated from mechanical installations which are placed on each floor servicing their respective homes. This is an early start to acknowledge the need for social spaces that also bring light and ventilation to the vertical street core. The building is treated as a pure geometrical figure: the prism, with occasional exceptions where there are voids that correspond to common public spaces: lobbies, duplex dwellings, terrace, swimming pool and solarium that they might have natural light. The facade is composed of a repetitive series of horizontal elements which are interrupted only at the intersections with the voids and elements of the general staircases of the building.