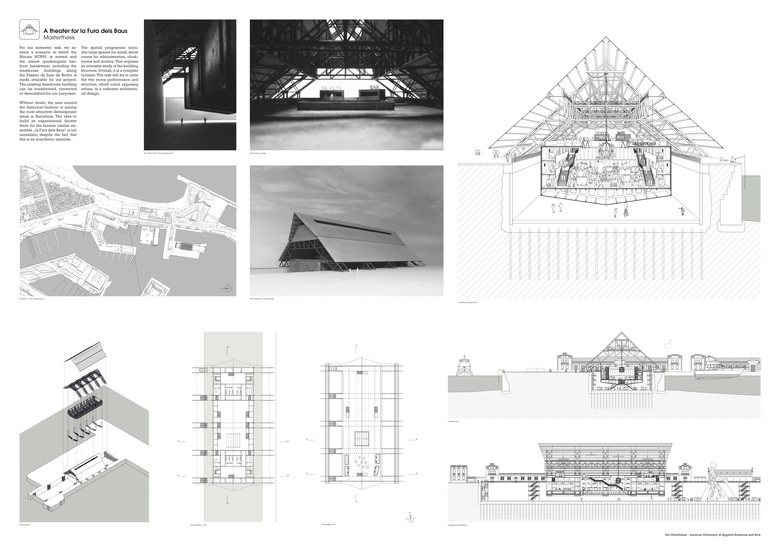 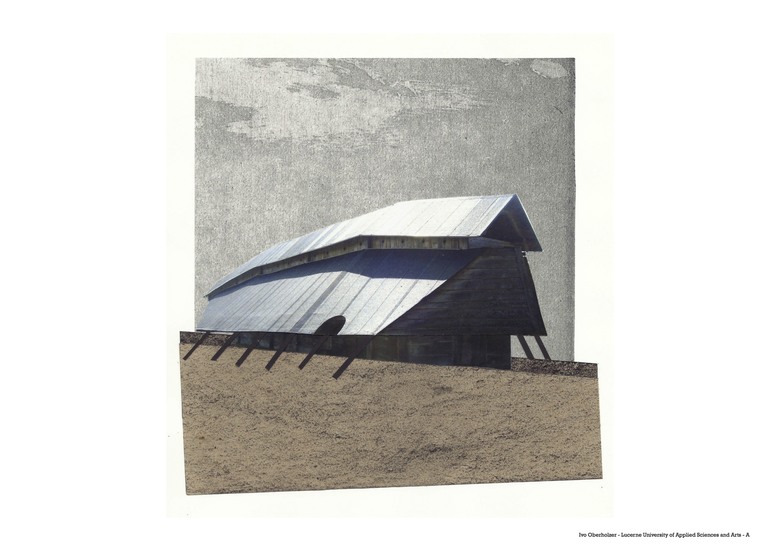 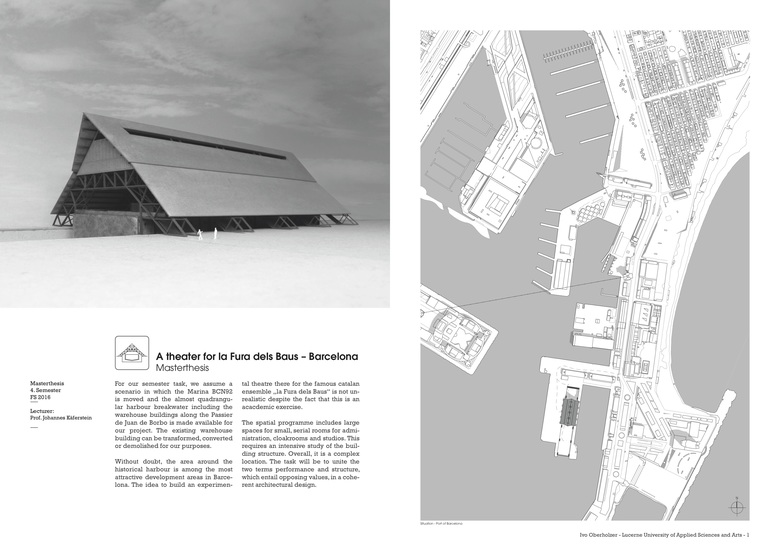 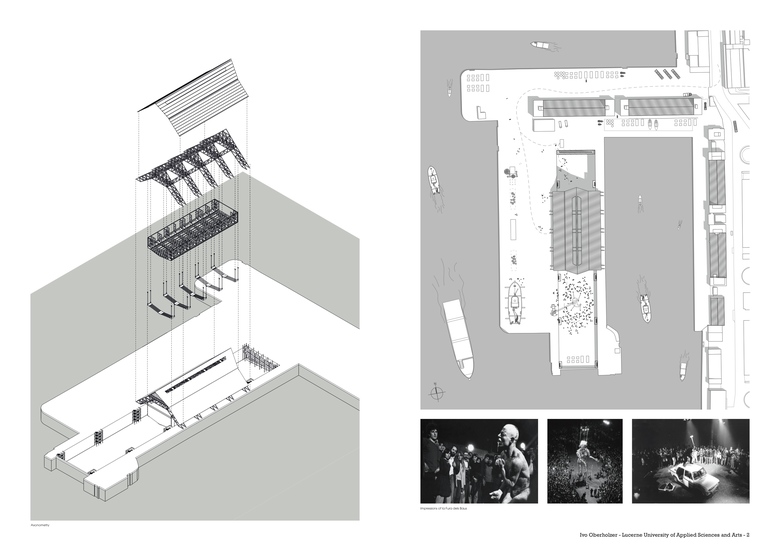 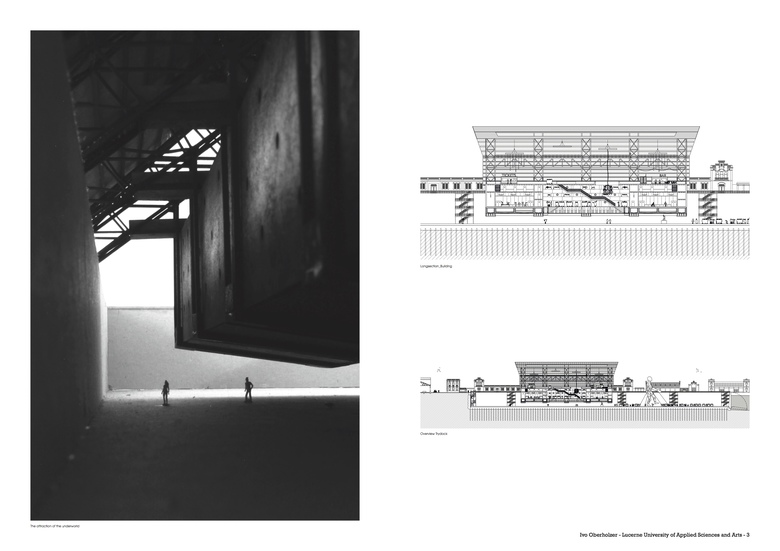 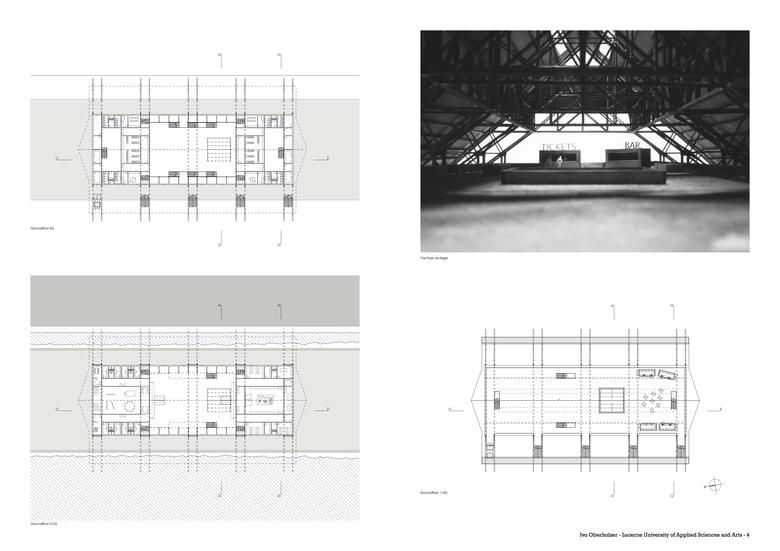 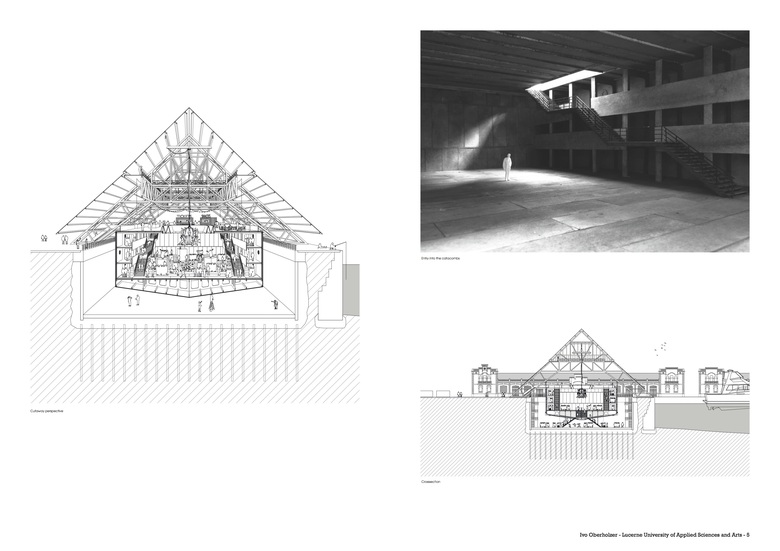 "The existing dry dock is used as foundation for the theater. The Idea was to design space which are different in appearance and use. But also reflect the identity of la Fura dels Baus. Space which the actors give enormous freedoms and also remain to the visitors as a extremes experience in memory."

In Barcelona, almost everything required to serve a city of this size was built between the 1980s and approx. 2005. In the last ten years however, as a result of long-lasting economic crisis, the building activity has been very limited. Tourism continues to expand however and must keep up with standards in other comparable European cities. The Spanish economy has being growing again in the past year and there are grounds for cautious optimism. Without doubt, the area around the historical harbour is among the most attractive development areas in Barcelona.

For our semester task, we assume a scenario in which the Marina BCN92 is moved and the almost quadrangular harbour breakwater including the warehouse buildings along the passier de Juan de Borbo is made available for our project. The existing warehouse building can be transformed, converted or demolished for our purposes.