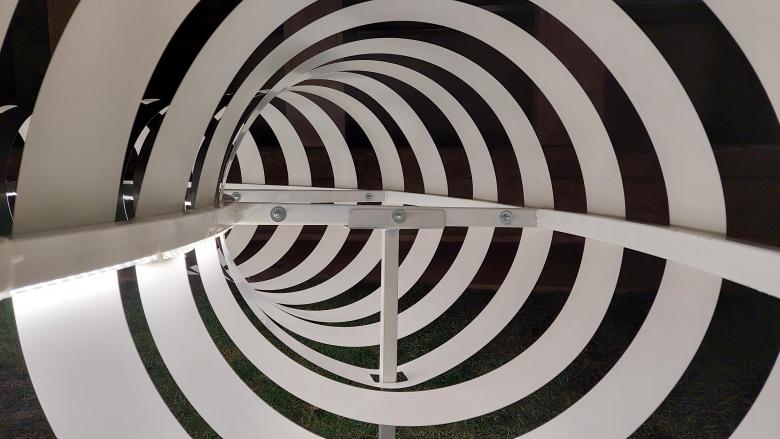 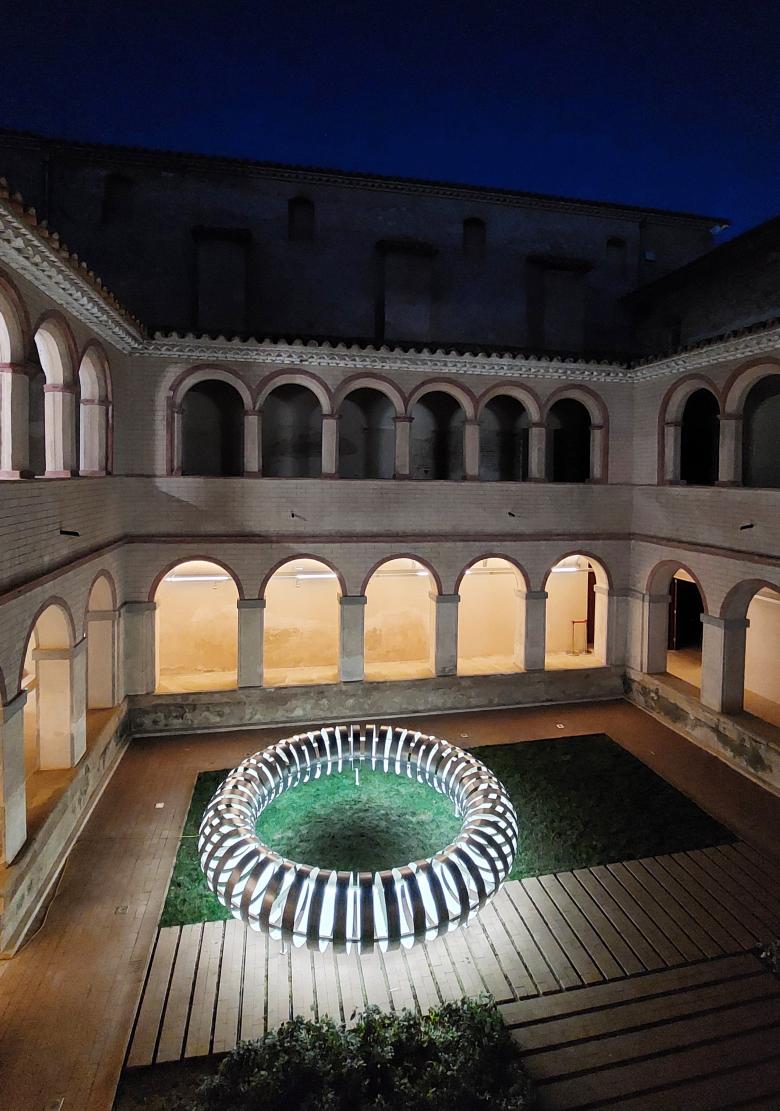 Origin. From nothing, from emptiness, to the origin of everything we know. The moment when all matter and energy appeared. The beginning, the zero point, the birth, the root, the start, the cause. The origin represented in a toroid.

A volume created from the revolution of a circle, generated by rotating it around an axis. In a circle, one cannot decipher where the beginning or the end is, all its points are equidistant from the center. That is to say, a perfect form, that can contain everything and that it summarizes the dynamism of reality in its simplicity.

A volumetry centered on nothingness, a large void, where the energy produced by a toroid flows from one end, moves around through the center, and ends at the other end where it begins its path again.

It is balanced, self-regulating and always complete. An energetic and vibrant geometric figure, without beginning or end. A reminder that any moment can be a new starting point. In short, a new origin in our life cycle.

Origin, an abstraction of a toroid. Formed with slats to give a glimpse of the interior and with a subtle color change that allows you to highlight its volume and react to changes in ambient light during the day.

Obviously, a new ephemeral installation together with Atelier4, part of the 21st edition “Parlem Contemporani?” at Convent de les Arts.