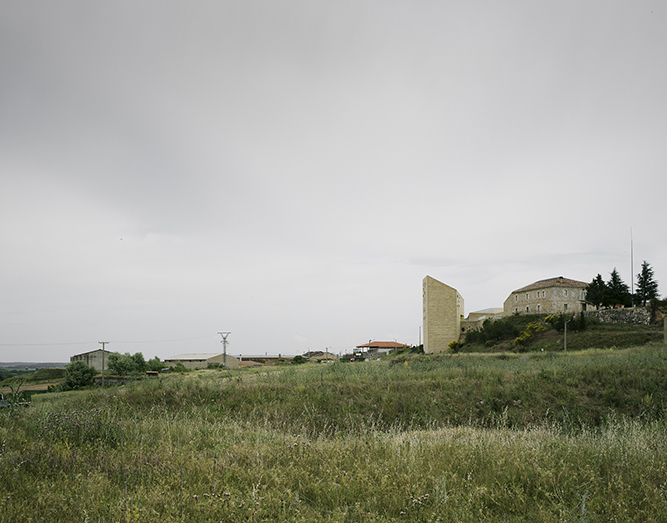 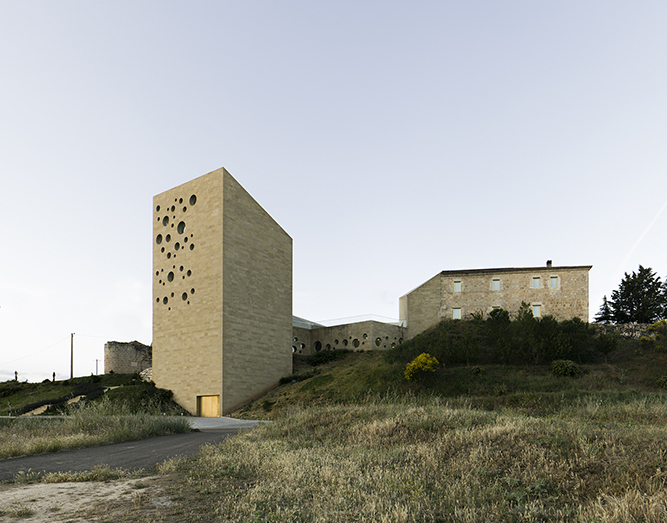 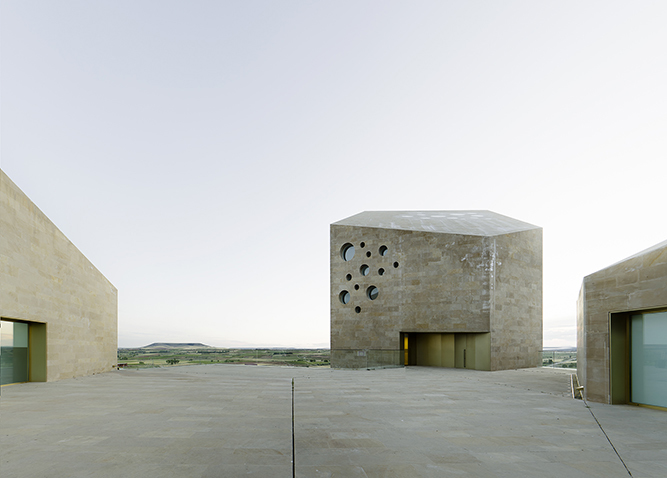 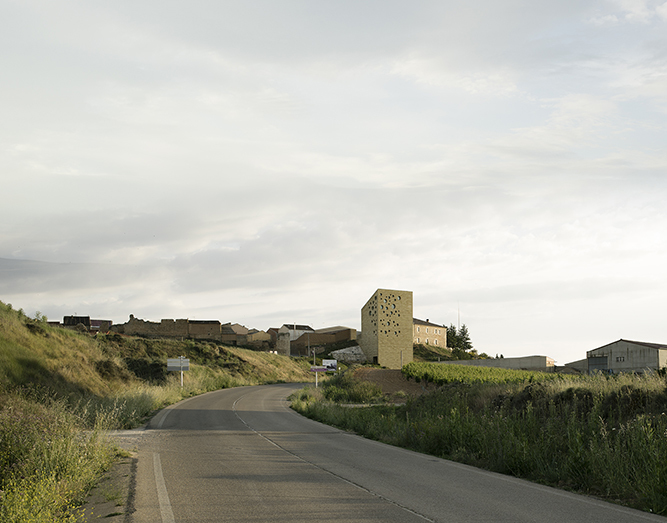 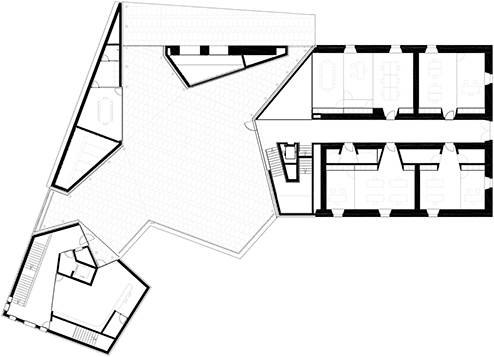 The fundamental attribute of the design resides in the border area where the building is set, next to the old walls of Roa de Duero and on the edge of the town—between artifice and nature, between the city and the landscape. The building, which accommodates the Regulating Committee of the Ribera del Duero wines, contains offices, reception areas and a small auditorium. All of these spaces revolve around the notion of public space.

With regards to the city, the design is attentive and works at a small scale, suturing and recomposing the urban tissue by modeling volumes whose premise is to construct a public square.

With regards to the landscape, there is a change of scale and attitude, represented by the tower. This archetypical architectural element, which is linked to the memory of the place, establishes a monumental relationship with the Castilian plateau.

The building’s identity comes from its relationship with the landscape, although it also stems from a symbolic void capable of becoming a reference for the place. Work on this space, which synthesizes the ideas of nature and artifice, will eventually lead to exploring a new interest that will intensify in our later work: architecture’s material condition.

Blocks of local stone materialize this design in Roa, thus presenting it as a grave, massive element that reinforces the idea of an anti-modern building that, far from having a limited duration, has been constructed with a material that mutates and changes with the passing of time. The relationship between the building and the historic traces of the place reveals a reality that explains the specificity of context and increases its value. This new reality is the result of improbable and unexpected factors.

Other Projects by Barozzi Veiga