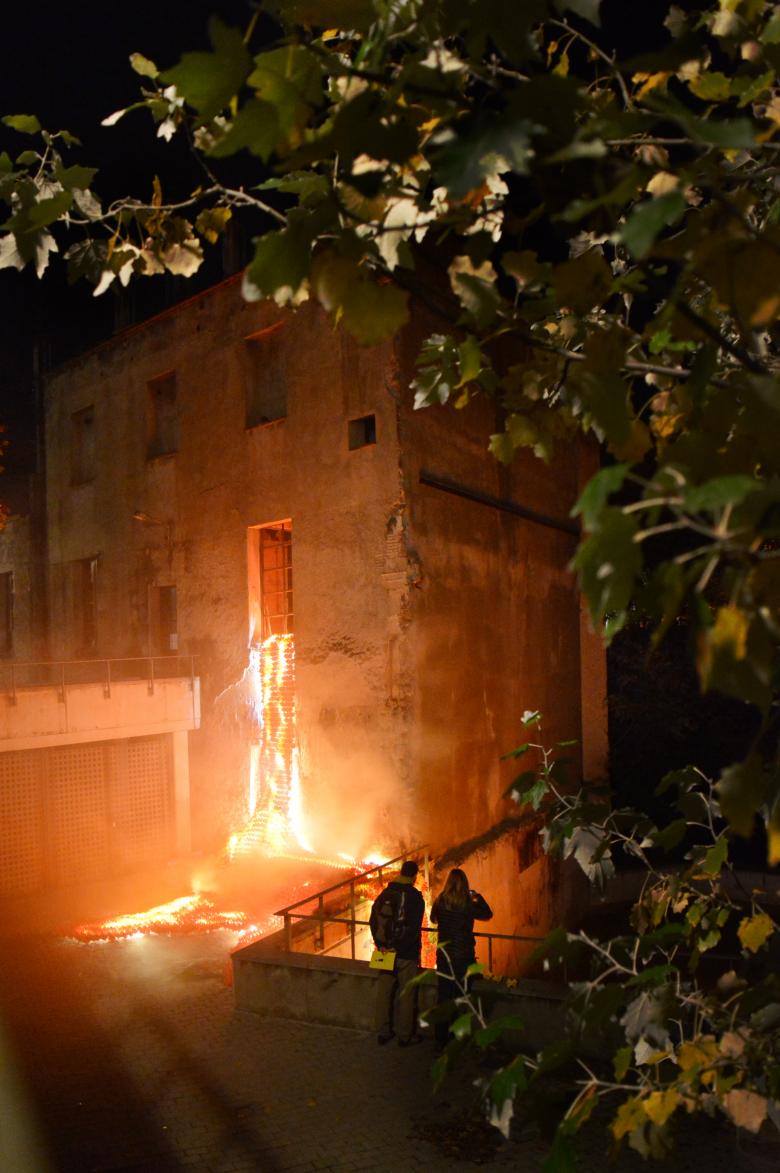 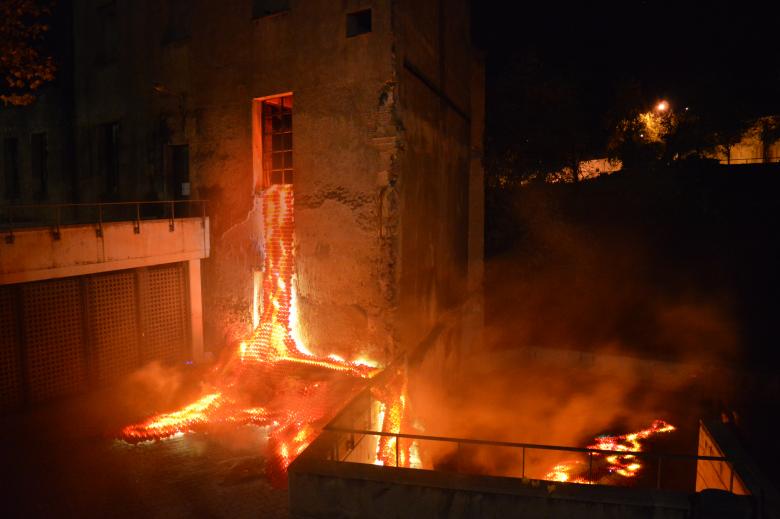 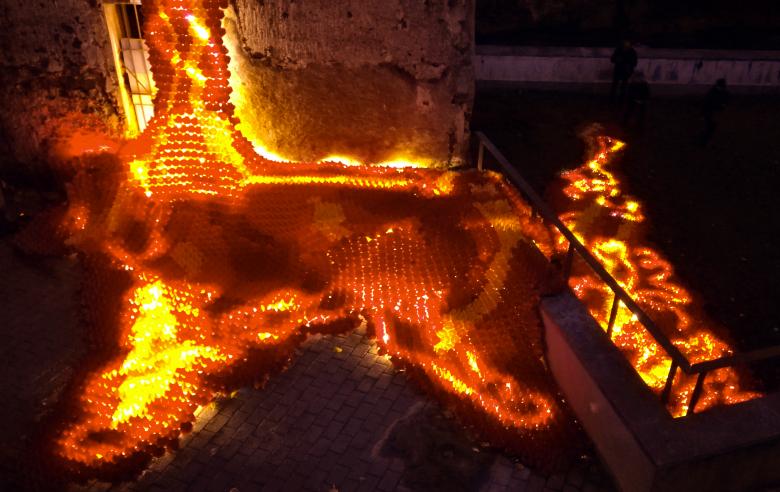 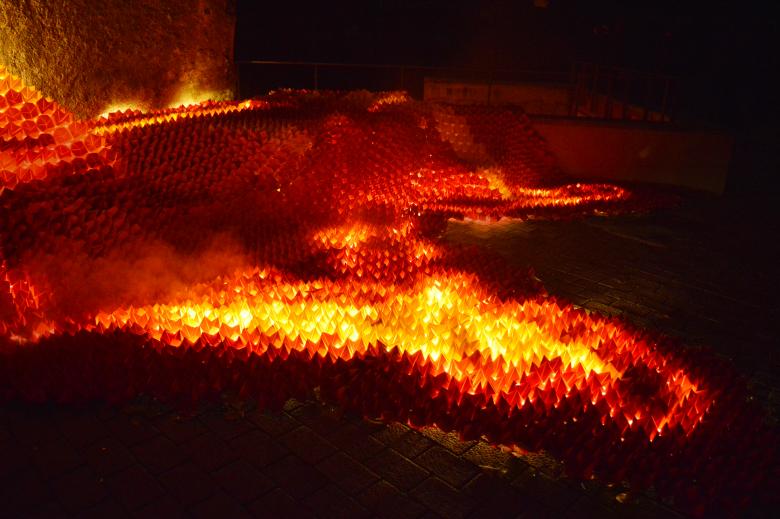 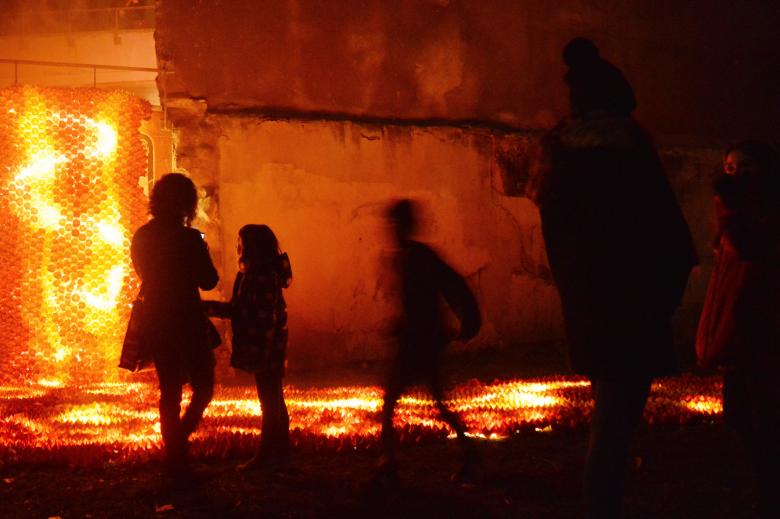 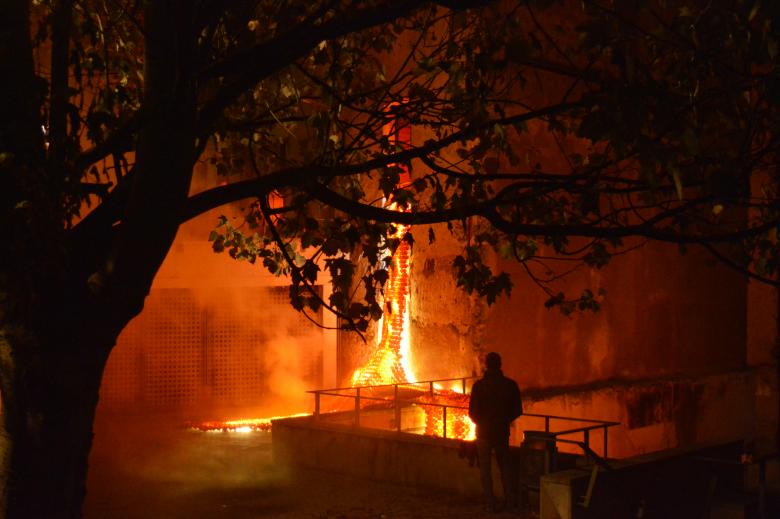 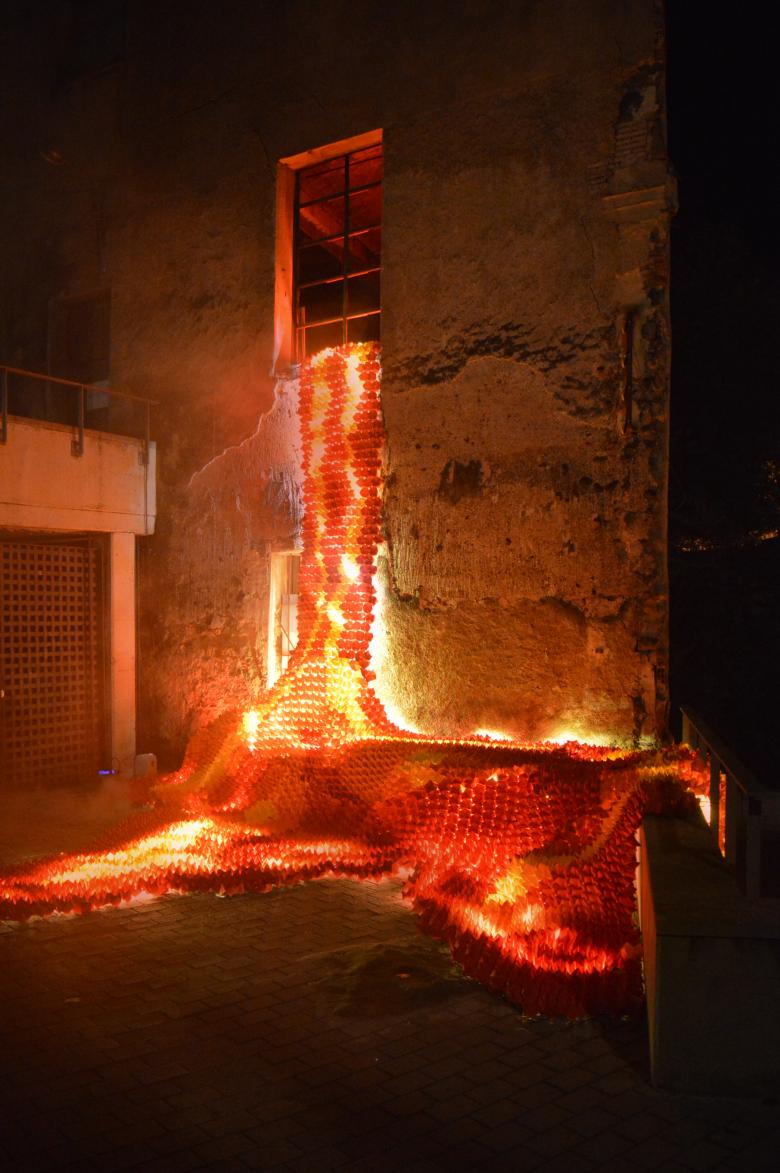 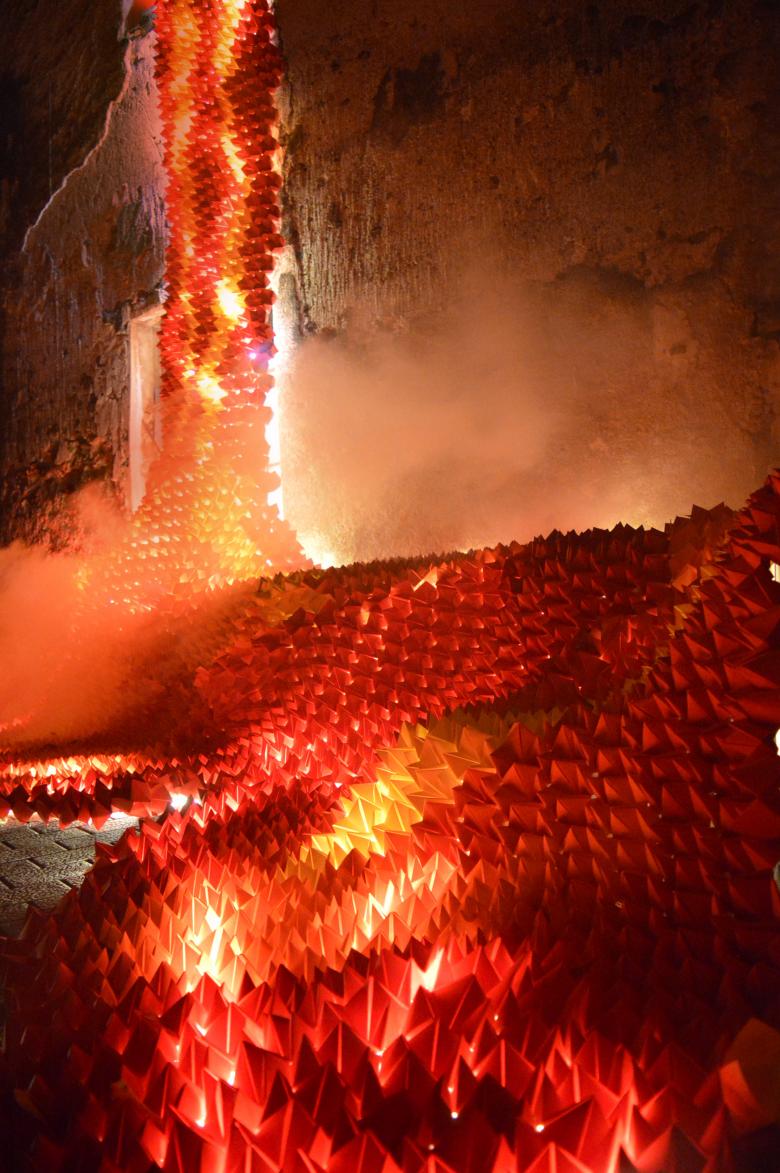 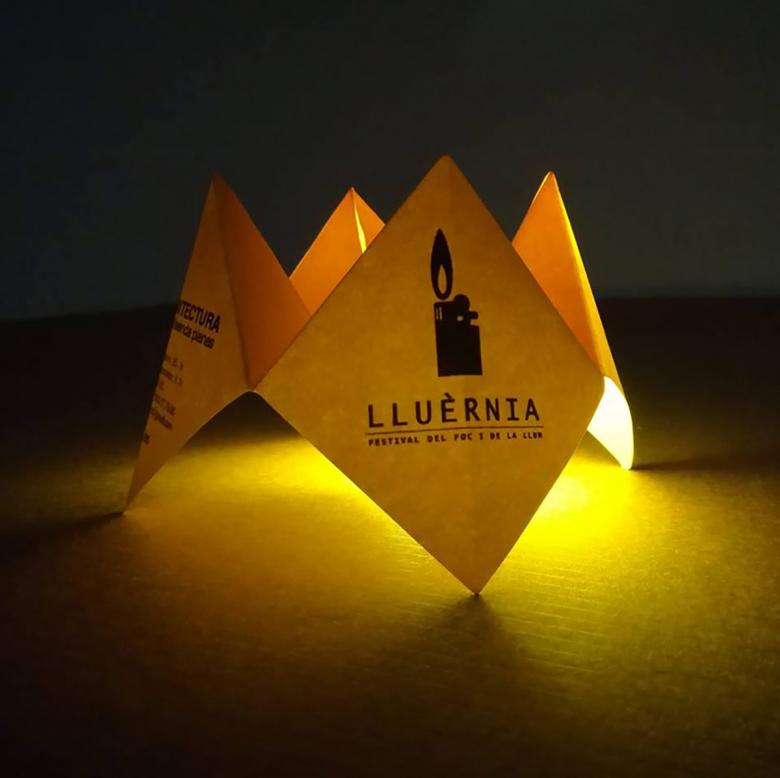 ORIGAMI LAVA, a lava mat, a field of flames that lights up in the dark. An expanding layer of incandescent lava. Flames that arise from the nothingness of the night, from the interior of a mysterious abandoned building and spread, occupy and invade all the space that surrounds it. More than 10,000 pieces of origami that cover almost 100 m2.

Flames created with the natural colors associated with fire and lava (different shades of red, yellow and orange). Elements that adapt to the dark environment and illuminate it.

The origami figure of the fortune teller is used, a classic game completely changed in context. The four points of each element generate a flame mat that adapts to the urban topography of the environment.

A contrast of concepts, such as fire and paper, united in a single installation for LLUÈRNIA, the festival of fire and light in Olot.