John Marx is responsible for developing Form4 Architecture’s design vision and language in his role as design principal. His deep concern for listening to clients’ needs, coupled with his belief in creating designs of the highest quality and thoughtfulness, has led to many successful collaborations for the firm.

John has designed more than 150 buildings in 11 different countries around the world. He has expertise working on a diverse range of complex building types, including corporate campuses, fitness facilities, civic and mixed-use buildings, retail and hospitality projects. He is the recipient of numerous international design competitions and awards, including an AIA Justice National Design Citation for the Klamath County Courthouse; First Place in 2D Graphics at the Bay Area Computer Graphics Exhibit for Globo; and a BACA 9th Annual Exhibition Award of Distinction.

Prior to joining Form4 Architecture in 1999, John was a design director at KMD Architects. Earlier in his career, he held the position of designer at DES Architects, HOK, and Warren Callister Architects. In 1996, John became a lecturer in the Department of Architecture at the University of California at Berkeley, where he developed a course in digital design, and co-taught a course in internet-based Placemaking.

John received his Bachelor of Science in Architecture Studies with High Honors from the University of Illinois and is a registered architect in the state of California. John’s design work has been published in numerous national and international publications, including Architectural Record, Space Magazine, Arts and Architecture, and Computer Graphics World. His first book, Wandering the Garden of Technology and Passion (Balcony Press, 2012), is a study of digital design that explores two decades of his international and national design work. 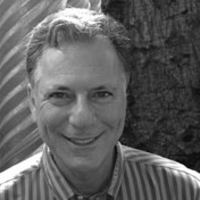 As the cofounder of Form4 Architecture, Bob is engaged in all projects. Bob has over 34 years of successful architectural experience. He has held multiple leadership roles in project design and execution.

Bob has been responsible for projects all over the world including close to 1 million square feet for Apple Computer, 1.6 million square feet for VMware, 500,000 sf for nVidia, 645,000 sf for Netflix, 400,000 sf for Workday and many others. Bob is committed to the creation of “welcoming environments,” developed initially through his sport resort work including Pacific Athletic Club Redwood Shores and San Diego, Courtside Club, Bay Club Marin and the Silicon Valley Club Cupertino. Design strategies honed to support the way people interact, and to promote a feeling of belonging, apply well to the corporate environment adding a powerful human overlay to his architecture.

Bob has a special expertise in sustainable design and is responsible for several LEED Platinum and Net Zero Electric buildings. He has been asked to present the firm’s work in numerous lectures at Stanford University, the Pacific Energy Center and the US Green Building Council.

Paul Ferro brings a hands-on approach to his role as a co-founding principal of Form4 Architecture. Paul’s dedication to overall project success is exemplified through his direct involvement with design and final implementation of every project.

Paul is committed to creating welcoming project environments, ensuring that concepts and goals are carried through and ultimately realized. His expertise ranges from office shells and interiors, to athletic facilities and retail/mixed-use, as well as residential projects.

Paul received his Bachelor of Arts in Architecture from the University of California at Berkeley and is a member of the American Institute of Architects and the US Green Building Council. He is a registered architect in the state of California.

James Tefend is a principal at Form4 Architecture. Responsible for project management, documentation, and quality control, James is involved with every project from design inception to completion and is committed to ensuring smooth project delivery.

James received a Bachelor of Art in Architecture from Washington University in St. Louis and a Master of Architecture from Georgia Institute of Technology. He is a registered architect in the state of California and a member of the International Code Council.