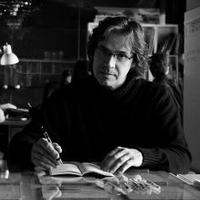 “Architect graduated at School of Architecture of the Vallès - ETSAV, UPC in 1992. Projects teacher at this school until 2005 and from that moment he has been: Head of Teaching, coordinator of the first and second courses and professor-coordinator of the “projects and drawing” courses I-II and “Projects and Urbanism” courses II in the “School of Architecture of Reus - URV”.

From 2009 to 2012 he was a member of the Governing Board and professor of BIArch - Barcelona Institute of Architecture.

He is a member of the board of trustees of the ancient city of Vic as an expert architect in the fields of rehabilitation and heritage.

Established since 1992 as an independent professional. He has been invited as a lecturer all over the world and his work has been recognized with several awards and exhibitions in a national and international background.”