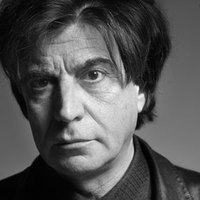 Conferred as Doctor honoris causa by the University of Trieste.

In 2006 he set up, along with Xavier Martí, Lucía Ferrater and Borja Ferrater, the Office of Architecture in Barcelona (OAB), with Núria Ayala as Projects Director.

Since 2000 he has won five FAD Prizes, the 1999 and 2008 City of Barcelona Prize, the 2005 Brunel International Architecture Award (Denmark) and the 2009 BigMat Prize. He has three times been a finalist for the Mies van der Rohe Award. He has received the City of Madrid Award, the 2001 National Spanish Architecture Award, the 2006 Dedalo Minosse International Prize in Vicenza, the 2006 Decade Award and the 2007 International Flyer Award. The 2008 RIBA International Award was given to his Editorial MP monograph, among others. He received a mention in the X Biennial of Spanish Architecture and urbanism in 2009 and in the Urban Public Space European Award 2010 for the Benidorm Waterfront  which also won the FAD 2010, Saloni Awards 2010, FOPA 2009, COACV 2007-2009 Award, the Chicago Athenaeum International Architecture Award “best global design” 2010 and the CEMEX 2011. In 2011 he had also received the National Spanish Architecture Prize with the Benidorm Waterfront. He was a guest exhibitor in the International Pavilion and the Spanish Pavilion at the 2004 Venice Biennale, and was invited by the MoMA, New York, to participate in the exhibition On-Site: New Architecture in Spain, and to exhibit his work in a one-man show at the Illinois Institute of Technology’s Crown Hall in Chicago, the Bilbao Fine Arts Museum, the Israel Institute of Technology, the College of Architects of Catalonia, the Foundation of the College of Architects of Madrid and the Acquario Romano. Beginning in June 2012, many models and original drawings of the Benidorm Waterfront have been chosen to form part of the collection of the Centre National d’Art et de Culture Georges Pompidou, along with the Iberia building on Paseo de Gracia and the Barcelona Botanical Garden.

He is the designer of, among other works, three city blocks in Barcelona’s Olympic Village, the Olympic Village in Vall d’Hebron, the Hotel Rey Juan Carlos I, the Catalonia Convention Center, the Auditorium in Castellón, the Scientific Institute and the Barcelona Botanical Garden, the El Prat Royal Golf Club, different buildings on the Passeig de Gracia, the Intermodal Station in Zaragoza, the MediaPro Building in Barcelona, the Aquileia Tower in Venice, the Science Park  in Granada, the Benidorm Waterfront, the GISA, FGC headquarters in Barcelona, the Origami House in Barcelona, the Vila-real library and the Michelin Offices on the banks of the River Seine in Paris, housing in Bilbao and IMQ Hospital in Bilbao . At present he is working on, among others, the Centre Culturel des Jacobins in Le Mans, office and residential buildings in Barcelona, the City of Music in Sabadell, a winery in Toro; intermodal and multimodal buildings for Barcelona Airport, Murcia Airport, housings in Toulouse, Sales Center and Hotel Complex in Turkey and, a Hotel in Miami and the realigment of the port and waterfront of Tanger (Morocco).

Xavier Martí Galí graduated  as an architect from the School of Architecture of Barcelona (ETSAB) in 1995.

He joined the Carlos Ferrater Studio as an associate architect in 2003. In 2006 he set up the Office of Architecture in Barcelona (OAB) with Carlos Ferrater, Lucía Ferrater and Borja Ferrater, with Núria Ayala as Projects Director.

He is the co-designer with Carlos Ferrater of the West Beach Promenade in Benidorm; the Mediapro Head Office on the District [email protected] audiovisual Campus in Barcelona; a building on the Passeig de Gràcia; the World Trade Center Tower in Cornellà; an office building in Barcelona, the Origami House in Barcelona, the BF House in Castellón, a housing building in Bilbao and a awinery in Toro, Zamora.

He received the 2008 of City of Barcelona Prize as co-designer of the Mediapro Tower in Barcleona.

As co-designer of the Benidorm Waterfront he has received the Spanish National Architecture Award 2011, the FAD Award 2010, the WAN Award, first prize in the VIII ASCER Ceramics Awards (2009), the COACV 2007-2009 Award, the FOPA Awards 2009, the Saloni Awards 2010, the Applus Award 2010, the Chicago Athenaeum International Architecture Award “best global design” 2010, a special mention in the Urban Public Space European Award 2010. He has been finalist in Landscape European Award “Rosa Barba” and has obtained the CEMEX prize in 2011. In 2012 has received the first prize POrcelanosa “completed projects” as co-designer of the BF House in Castellón.

Beginning in June 2012, many models and original drawings of the Benidorm Waterfront have been chosen to form part of the permanent collection of the Centre National d’Art et de Culture Georges Pompidou, along with the Iberia building on Passeig de Gràcia and the Barcelona Botanical Garden.

Between 1994-1999 he conducted studies in biology at Temple University (Philadelphia, PA, USA) and at the University of Navarra (Spain).

He has taught from January to June 2006 as both fourth-year course coordinator and Design Studio teacher at the International University of Catalonia (UIC). Being guest professor in the Workshop ‘Emotional City’ directed by British architects Sergison & Bates (Sept. 2006).

In January 2010 he got his Masters degree in Biodigital Architecture.

Between April 2008 and September 2011 Borja was Vice-Dean of Culture Publications and International Relations at the school of Architecture, ESARQ, UIC being also director of school workshops and lectures annual program. He recently was Visiting Assistant Professor during the 2011 spring semester in Pratt Institute, New York. He currently is teaching 3rd year Studio class at ESARQ UIC.

He is author of the book “Synchronizing Geometry” published by ACTAR, which has been exhibited at the Crown Hall of the IIT (Illinois Institute of Technology), Bezalel School of Arts, Jerusalem, Instituto Cervantes in Tel Aviv, Fine Arts Museum in Bilbao, and different art galleries in Madrid and Barcelona.  Recently also at the Istanbul Institute of Architects.

Founding Partner Architect of OAB (Office of Architecture in Barcelona) together with Xavier Marti, Carlos & Lucia Ferrater in January 2006.

He is a FAD (Spain’s national award) prize winner in the category of “ephemeral architecture” together with Carlos Ferrater for the exhibition in Madrid: “M.C. Escher El arte de lo impossible”.

Winner of Wallpaper* Design Awards 2010 for the building: Roca Barcelona Gallery together with Carlos and Lucía Ferrater. Roca Barcelona Gallery has also been finalist of the Lamp awards 2010 in the category of Interior lightning, and has received a special citation at 2010 IALD International Lighting Design Awards , Las Vegas, NV USA, May 2010. Recently, In may 2011 Borja also won the  “Good Design is Good Business” awards organized by Architectural Record magazine with the RBG building.

He has given lectures, participated in round tables and jury of prizes in Sweden, Norway, Germany, USA, Israel, UK, Japan, Turkey, Italy, Romania, and Spain.  He has also had articles published about many of his works in multiple magazines, catalogues, and other publications. 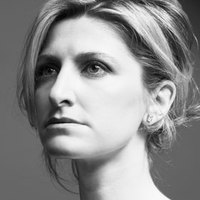 Lucía Ferrater graduated as an architect from the School of Architecture of Barcelona (ETSAB) in 1997.

In 1998 she joined the Carlos Ferrater studio as an associate architect. In 2006 she helped set up the Office of Architecture in Barcelona (OAB), with Carlos Ferrater, Xavier Martí, Borja ferrater and Núria Ayala as Projects Director.

Her more important interventions in Barcelona are the refurbishing of the Coderch de Sentmenat house-studio in Plaça Calvó, a Social Services Center in the Eixample, and a housing complex in Plaça Lesseps. She has also designed an Evangelical church in Terrassa, various apartment and office buildings, two single-family houses, the Roca Barcelona Gallery, a hotel in Sitges and the Barcelona World Race Social Network. At present, she is working in the project of the Fish Market Building in Barcelona Port and several projects in the Tanger Harbor.

In 2006 she showed her Social Services Center in the Eixample of Barcelona at the MOMA, New York, in the exhibition On-Site: New Architec­ture in Spain.

She was a finalist in the 2000 FAD Prize for Architecture with an apartment building in Sant Cugat del Vallès.

Núria Ayala graduated as an architect from the School of Architecture of Barcelona (ETSAB) in 2001.

She joined the Carlos Ferrater studio in 2000.

She is the Projects Director, collaborator and co-author of different works, projects and competitions, including the NGO “Centre Esplai” (hostel, training facilities, offices and fitness center); the Musée des Confluences in Lyon; Casa Nolla; the GISA and FGC institutional Headquarters on Via Augusta in Barcelona; Las Palmas de Gran Canaria Promenade; the hotel in the Almodovar Gate in Cordoba; the Azahar Business Group Headquarters in Castellón; the new City Hall in Palma de Mallorca; the new IMQ Hospital in Bilbao; the development plan for the Garellano area of Bilbao; the La Seda Head Office in Barcelona; the City of Music in Sabadell; the extension to the Barcelona Botanical garden; the project design for Barcelona High Court; the extension to Torreblanca Park, Summer Camp NGO Viladoms,  Club House in Bodrum – Turkey and Mixed use Buildings in the Miami Design Disctrict .

Together with Carlos Ferrater she received, on 2010, Ibeoramerican Biennial Architectural Prize, Ecola Prize and Finalist in Valencian Award  for Azahar Business Group Headquarters. On 2011, Finalist in the XI Spanish Biennial and Finalist in FAD Prize for Summer Camp NGO Viladoms.

She coordinated and did the graphic design for the “Research Process” in Sincronizar la geometría/Synchronizing Geometry, published by Actar; Editorial MP’s monograph Carlos Ferrater - OAB, the book “Casas y habitants” (Actar) and Actar’s monograph “OAB. Office of Architecture in Barcelona”