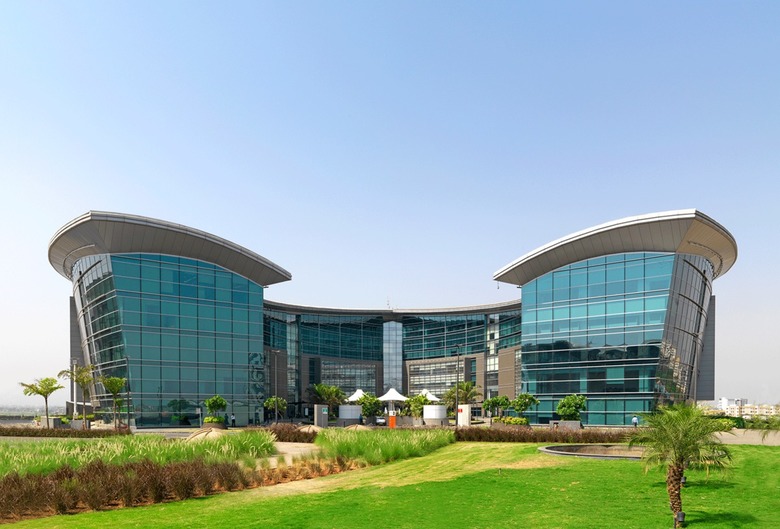 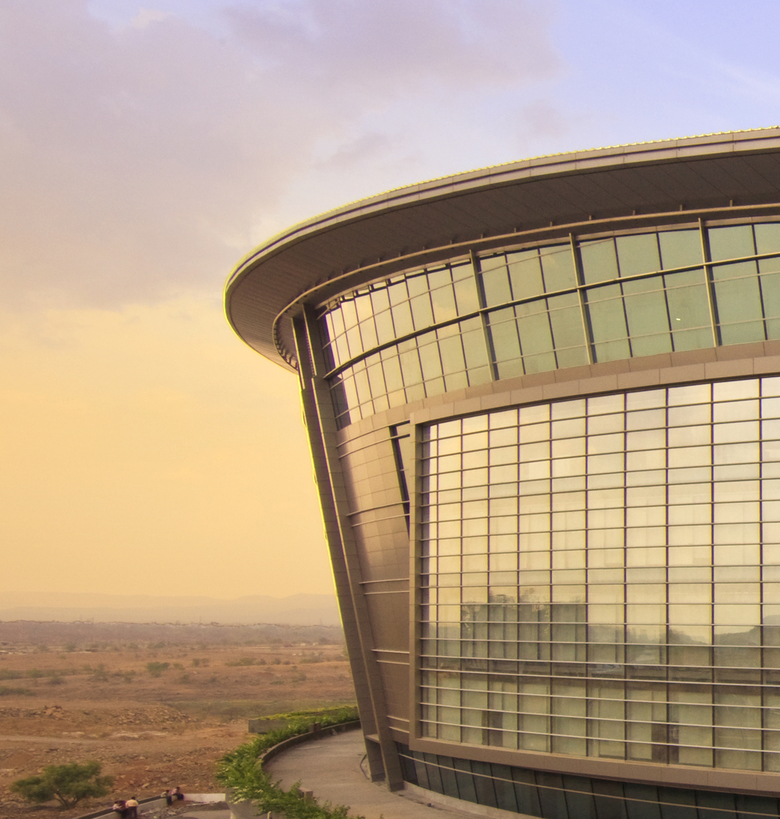 Located in the seventh largest metropolis in India, Falling Lotus Blossoms: EON IT Park is an elegantly arranged quartet of one-million- square-foot buildings that occupy a site located in the EON Free Zone, a Special Economic Zone established by the government to encourage development. This 21st-century workplace, which sets a grand scale in counterpoint to the rugged Indian countryside, overlooks a river and the fields beyond on a flat site that was previously almost entirely untouched.

Inspired by nature—India’s national flower, the white lotus—the design began as different iterations of the shape of the lotus flower petal. Ultimately, four “petals” were arranged like a four-leaf clover in plan with an open space at its center. In part a response to the extreme heat and humidity and the goal of populating the outdoor spaces for more than just a few months of the year, the buildings themselves contain semi-conditioned, shaded atrium spaces that serve as meeting or gathering spaces for the buildings’ occupants. At dusk, each courtyard morphs into a giant kaleidoscope by the delineation of building elements with neon lighting.

Raised on the ground plane, the complex picks up a teleological dimension in that it becomes a quasi-temple devoted to the future of technology and its own iconography. As the eye follows the sweeping shape of the roof line, a vivid image of the fluid plane emerges. The building opens up and embraces the users of a new society. This iconic project, both in its construction phase and completion, exemplifies technology as a transformative force for the language of architecture in a fast-growing country like India.