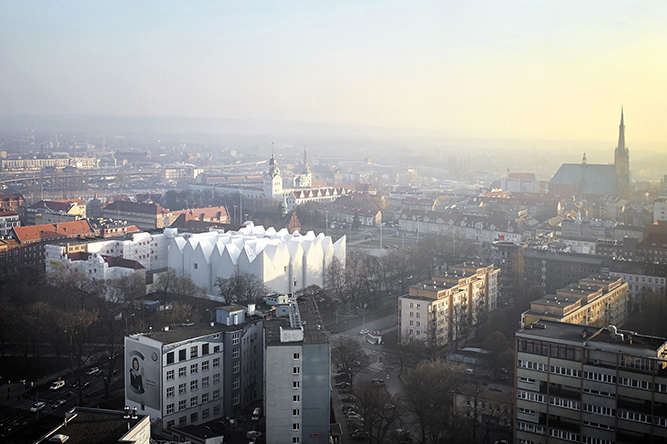 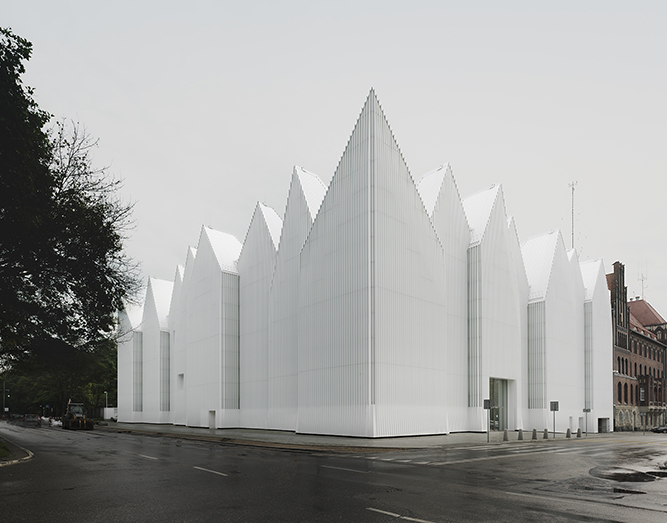 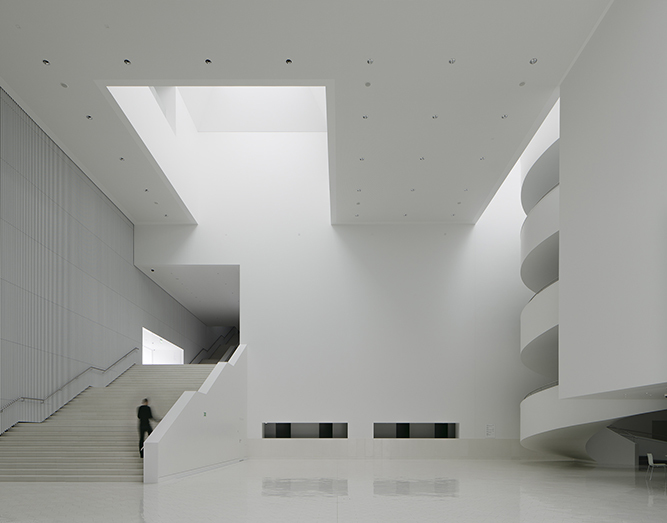 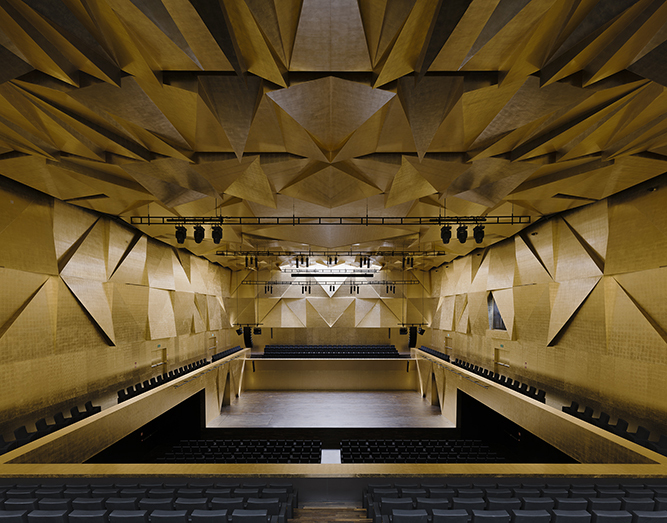 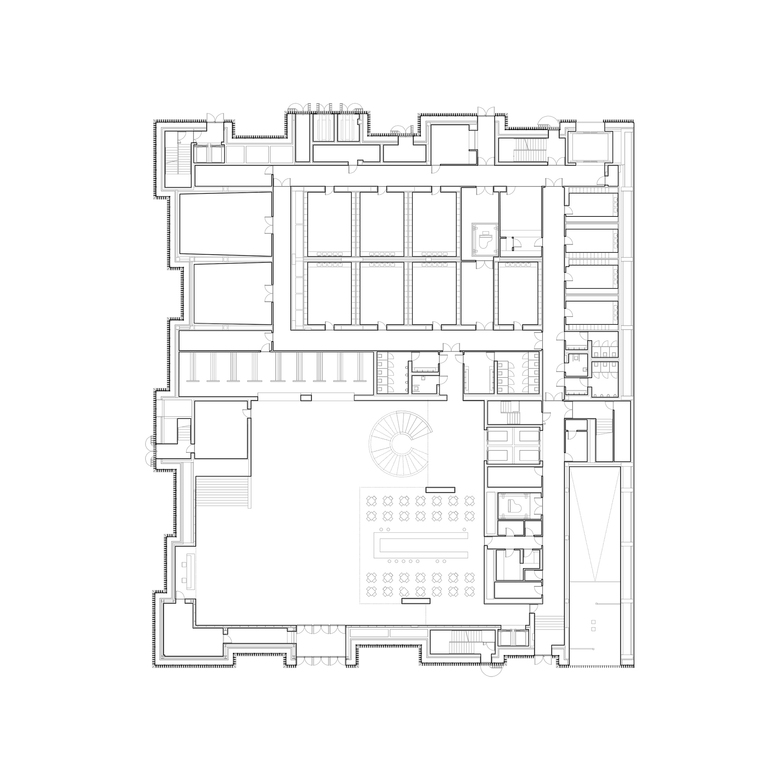 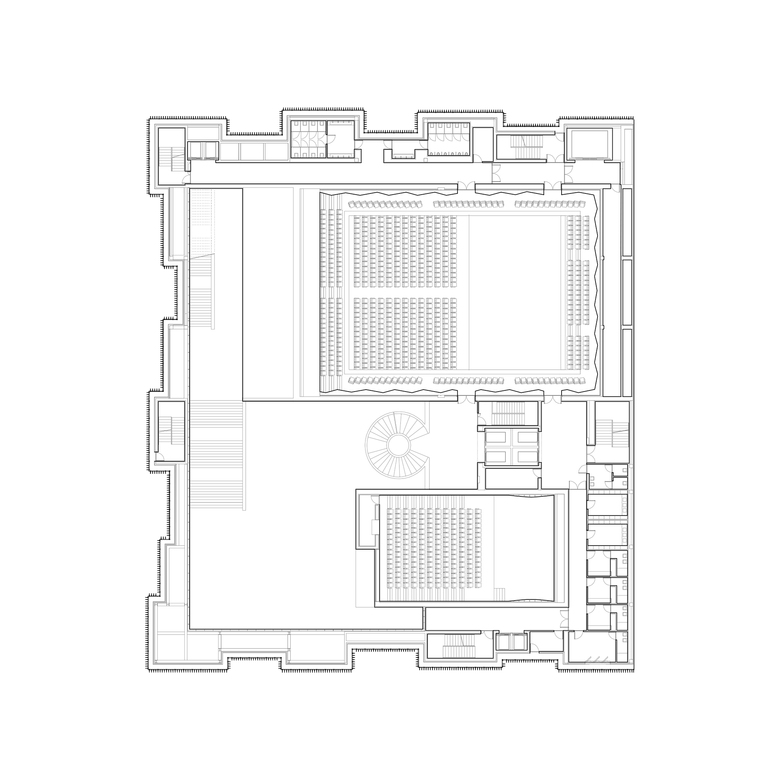 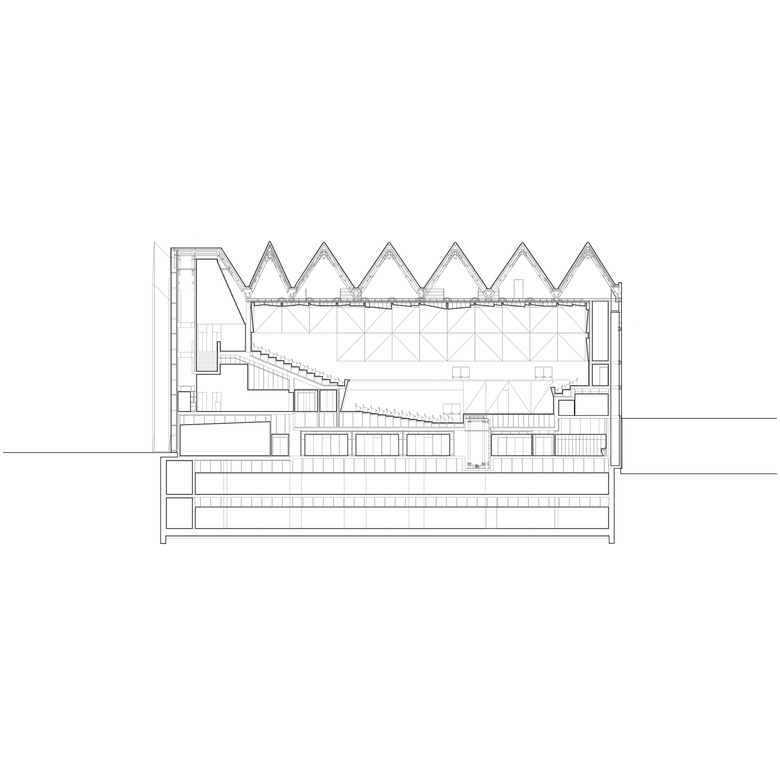 The Philharmonic Hall, which is to accommodate a concert hall and a chamber music hall, is a very complex building that occupies the same space as the former music building. This is a synthetic project that shares identifying traits with its surrounding context. Mass, verticality and the shape of the roofl ines are dominant, connecting the hall with the rest of the city.

The expressive preeminence of the building, concentrated along its perimeter and the pattern that shapes its roof, results from the influence of some of Central Europe’s expressionist architecture. From the outside, the building is perceived as a weightless volume in which the glass facade—sometimes translucid, sometimes opaque—transmits expressive qualities depending on the building’s use. On the inside, the concentration of the service areas and communication elements along the perimeter creates a sensitive relationship of the building with the exterior while at the same time it delimits a large open space, set aside for the symphonic and chamber music halls to play their main roles.

The apparent austerity of the ensemble stands in sharp contrast with the expressiveness of the main hall, which is conceived as a piece of goldsmith work, in line with the classic approach of Central European concert hall design. The décor—both ornamental and functional, a goldleaf covered element, has been carried out thanks to the existing local craftsmanship. For acoustic reasons, this element’s degree of fragmentation follows a Fibonacci sequence which grows in relation to its distance from the stage.

In contrast to previous projects, Szczecin is designed with the aim of achieving a maximum degree of formal autonomy, like the plan shows. The idea was to materialize a building that is both a specific part of its context and independent from it at the same time. Accordingly, the point was not to invent something, but fundamentally to discover what already exists and reveal a new reality.