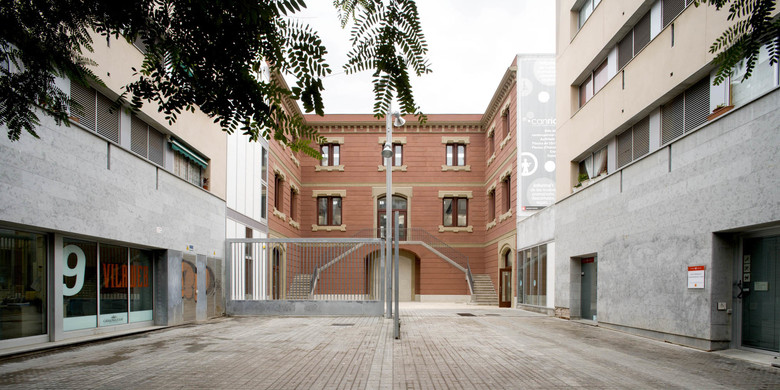 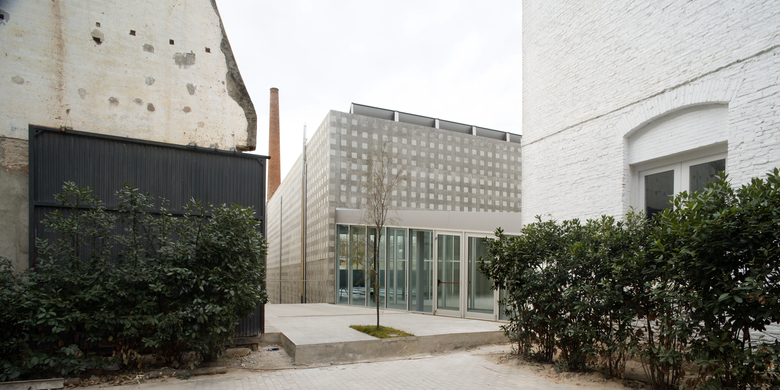 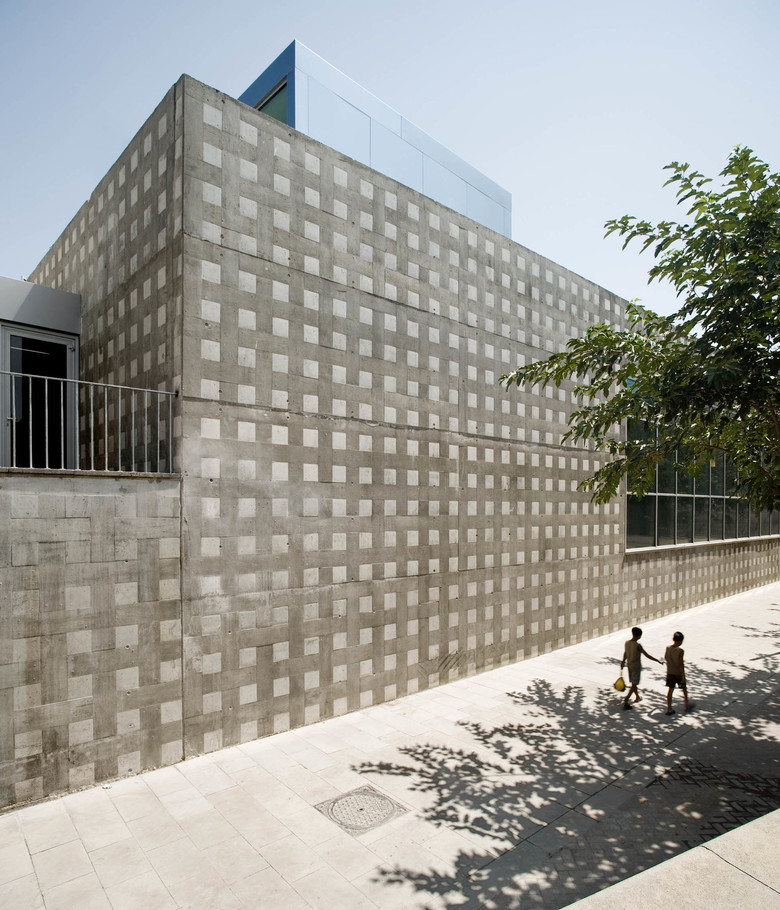 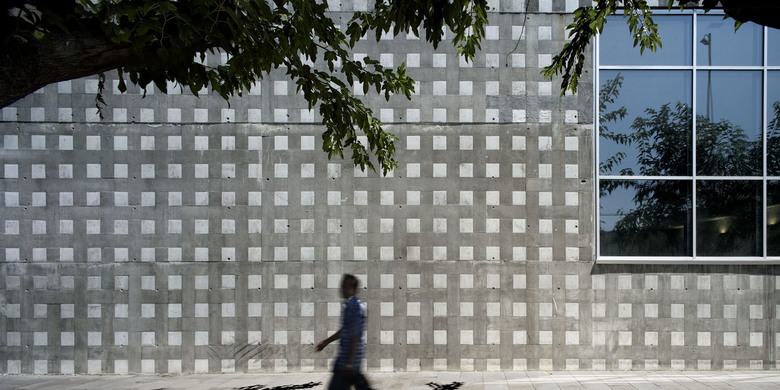 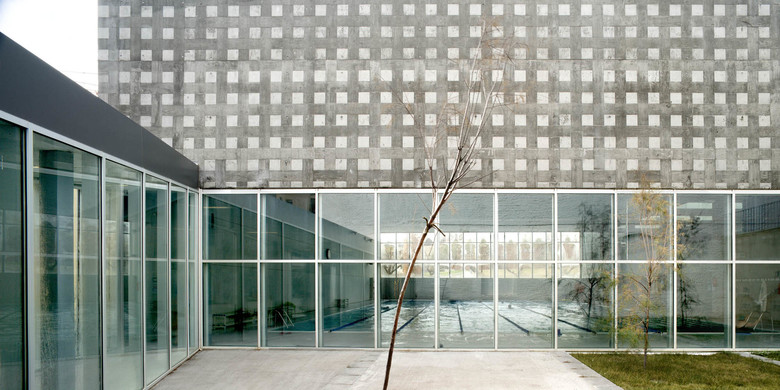 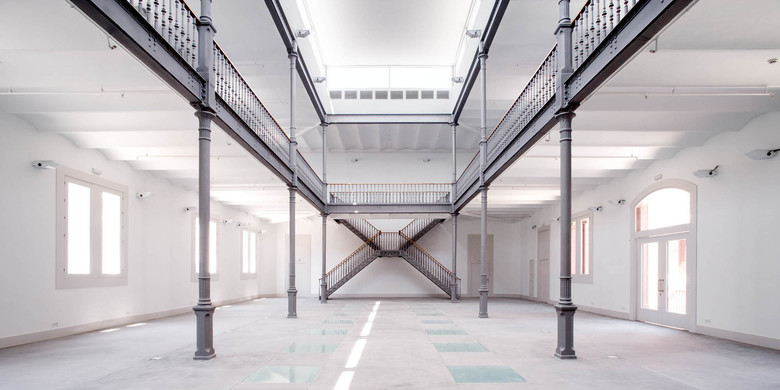 the can ricart council sports center is a building situated in a zone with a number of important developments in recent years with others pending. the complex is important for the revitalisation of the neighbourhood, which is historically a run-down area and also has to contribute to the integration of all social strata to the area through wellbeing and its use of sporting activities.

the building completes the urban block bounded by two different public open spaces. architecturally the project strategy starts from the existing conditions that made it especially complex i.e. the integration of two buildings with strong identities, the sports pavilion (from the nineties) and the industrial building of the 19th century. the main effort of the architects was to arrive at a compact and coherent functional whole that volumetrically maintains the reading of the three bodies that form it: the two existing buildings and the new construction that contains the swimming pool, all formally autonomous.

the industrial building that was in fairly poor condition has been refurbished in the spirit of the original and its defining characteristics. the main façade by was rehabilitated, recuperating the original colours of plaster, and a central double height space, where the owners had the sales hall, opened up. this space has been refurbished with sensitivity, maintaining the spirit of the original and recuperating a roof lantern that had covered the central space. on the other façades, in worse disrepair due to multiple interventions throughout the years, the work consisted of the recuperation of the order of the original openings, giving a unified patina that allows the injuries of the past to be seen in a subtle way.

the new building is materially and formally austere. the façade is made from exposed in-situ concrete, giving a texture that is a homage to the start of the textile industry in catalonia in this area of the city. the texture has come from a specially combined formwork of timber planks of different characteristics.

suitability of the domus avinyó site