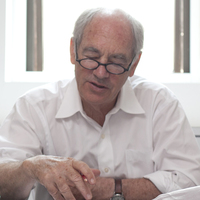 Peter Gluck received a Bachelor of Arts from Yale University and a Master of Architecture from the Yale School of Art and Architecture in 1965. After designing a series of houses from New York to Newfoundland, he went to Tokyo to design large projects for a leading Japanese construction consortium. This experience influenced Gluck’s later work both in his knowledge of Japan’s traditional aesthetics and of its efficient modern methods of integrated construction and design. Formerly Peter Gluck and Partners, the New York City based firm has been designing and building throughout the country since 1972, joined in 1992 by ARCS, a construction-management firm, established to build the firm’s designs, and in 1997 by Aspen GK, Inc., a development partnership, founded to produce well-designed, high-quality speculative housing. In 2013, the firm's identity evolved into GLUCK+ to reflect the nature of the practice: architects involved in all aspects of the design, construction and development of a project.

Exhibitions of Gluck’s award-winning work have been held in the U.S. and Japan, and he is widely published in architectural journals around the world. He has taught at Columbia and Yale schools of architecture, and curated exhibitions at the Museum of Modern Art and the Milan Triennale. 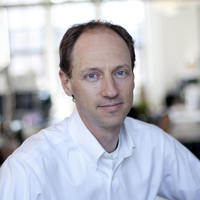 Thomas Gluck has overseen the design and construction of numerous projects in New York City and around the country. Among other projects, he is currently managing a 500,000 SF mixed-use urban development in Harlem. Prior to joining GLUCK+, Mr. Gluck worked with Herzog and de Meuron as the onsite project manager for the design and construction of the Walker Art Center in Minneapolis. 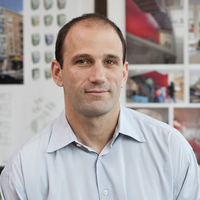 Charlie Kaplan, LEED certified, has been heavily involved in both the design and construction of sustainable single-family and multi-family housing projects throughout the U.S. He was a partner with Peter Gluck in the purchase, development, design and construction of award winning affordable housing in Aspen, Colorado, built as a turnkey project for the City of Aspen.

Mr. Kaplan also was a lecturer at the 2007 Annual Colorado Preservation Conference, a collaboration between the Aspen and Telluride Historic Preservation departments and a former trustee and longtime member of the campus building committee for Burke Mountain Academy in Vermont.

Mr. Kaplan earned a BA from Williams College, a Masters of Architecture degree from the University of Colorado, and spent time studying at the Architectural Association in London. 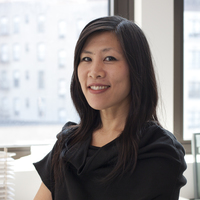 Stacie Wong brings considerable design and construction experience in both educational and residential projects. Notable educational projects include the award-winning Pilkey Lab groundup science research building for Duke University Marine Laboratory on their coastal campus and the award-winning East Harlem School, both utilizing Architect Led Design Build. Among other projects, she has extensive experience with school feasibility and programming studies at both K-12 and university levels.

Ms. Wong received her Bachelor of Arts in Architecture from the University of California at Berkeley and a Master of Architecture from Yale University. She was a member of the Yale Building Project and was a research assistant in the Yale Urban Design Workshop participating in an Urban Density and Neighborhood Revitalization study. 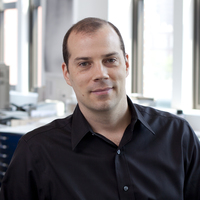 Marc Gee is our most experienced construction expert having built most of our projects in New York City totaling over $35M. Recent projects include on-site construction supervision for the $26 million Cary Leeds Center for Tennis & Learning, a public-private project for New York Junior Tennis & Learning and the NYC Department of Parks and Recreation, and The Stack, recipient of a 2015 AIANY/BSA Housing Award and the first prefabricated steel and concrete multifamily development completed in New York City. He was also on-site construction supervisor for the AIA award winning East Harlem School.

Mr. Gee is a graduate of Virginia Polytechnic University and State University with a Bachelor of Architecture.