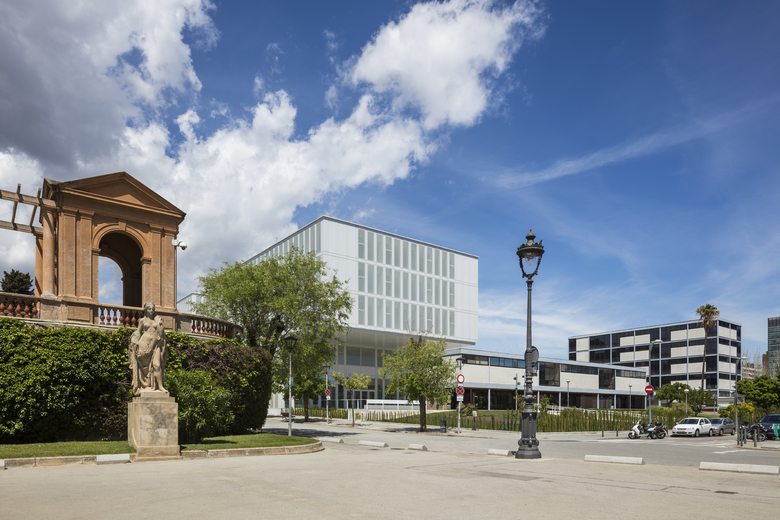 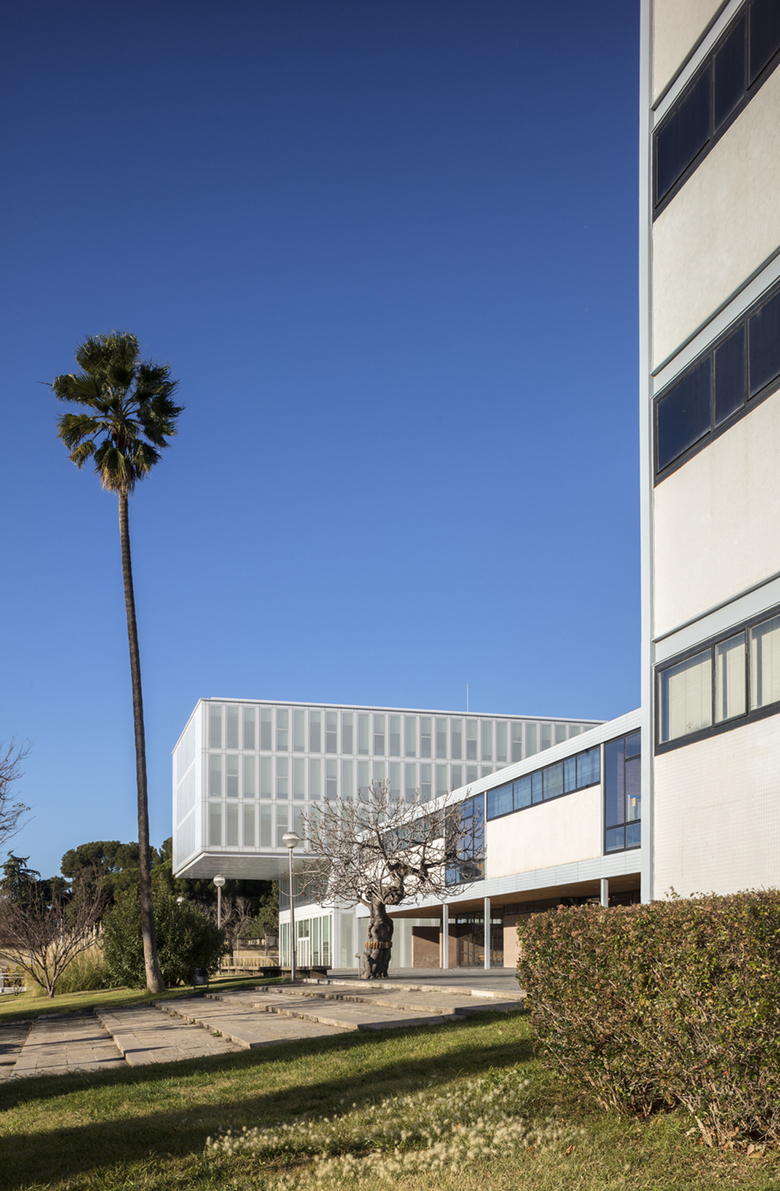 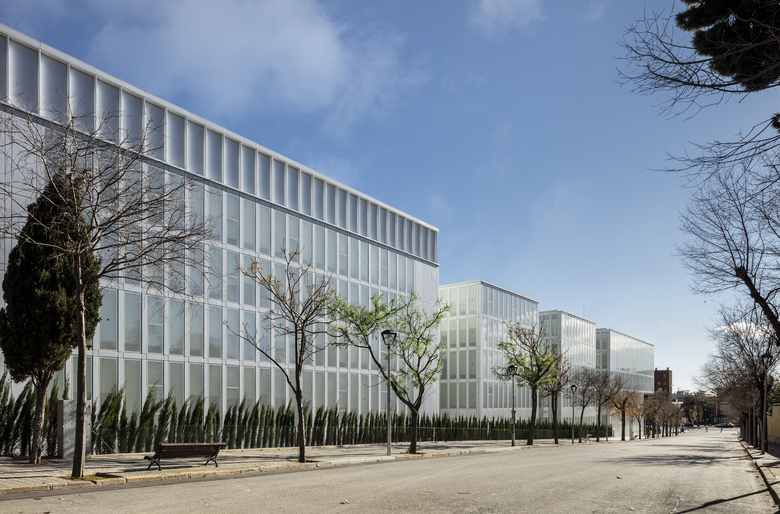 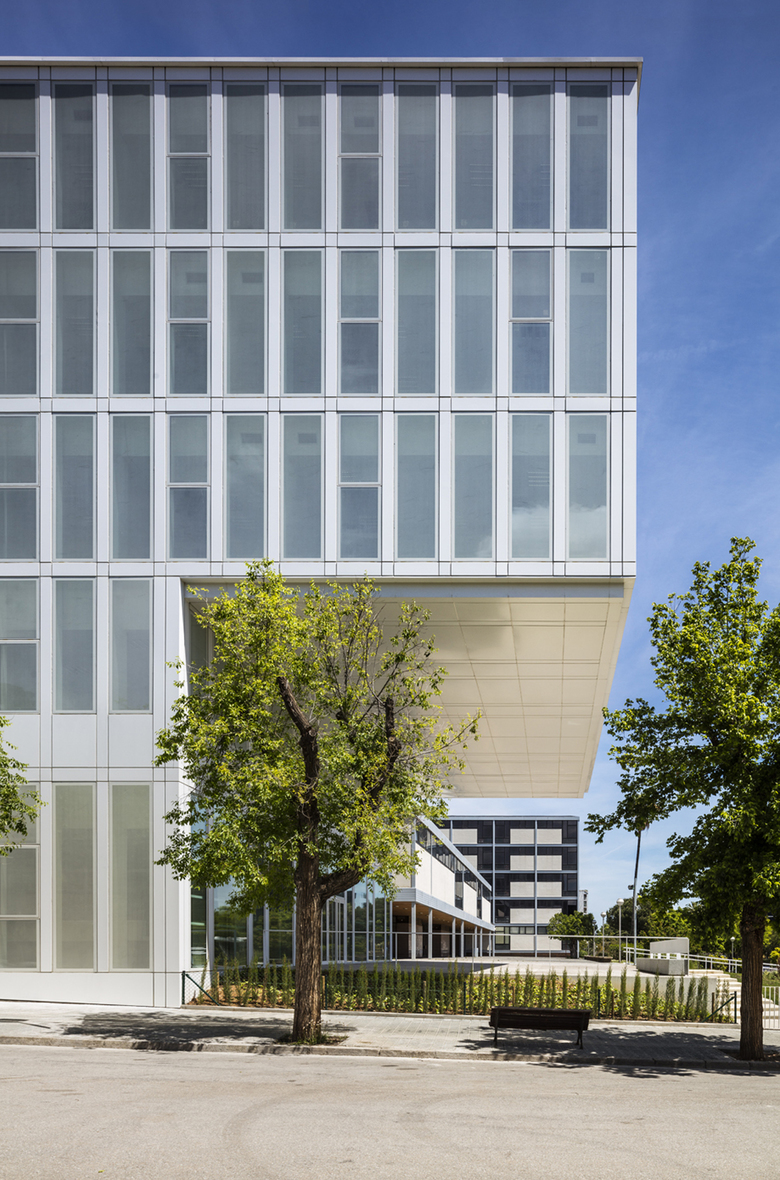 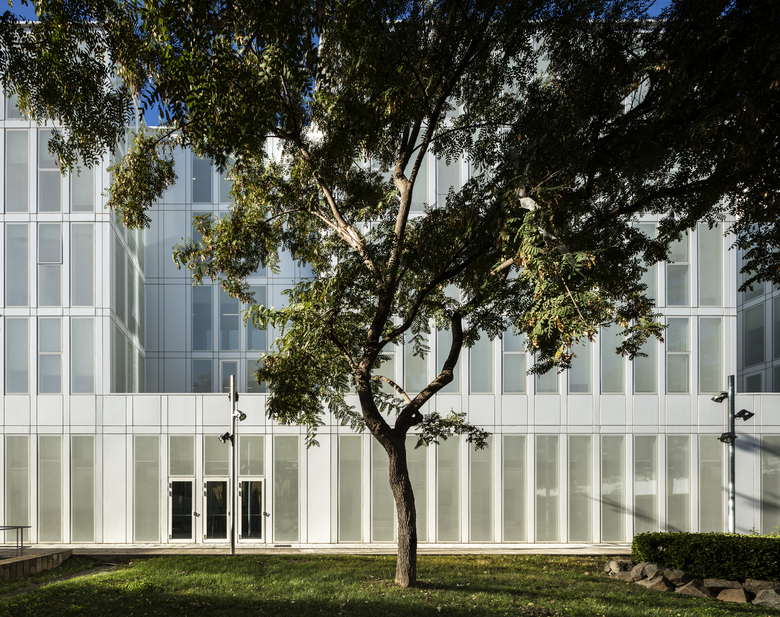 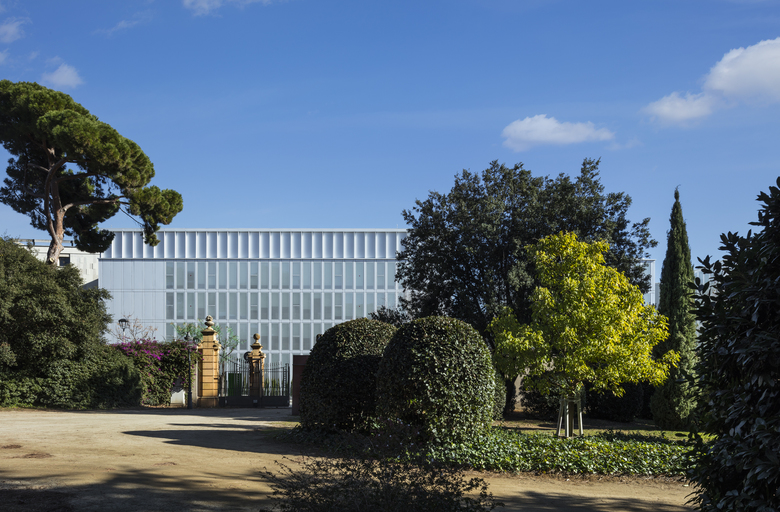 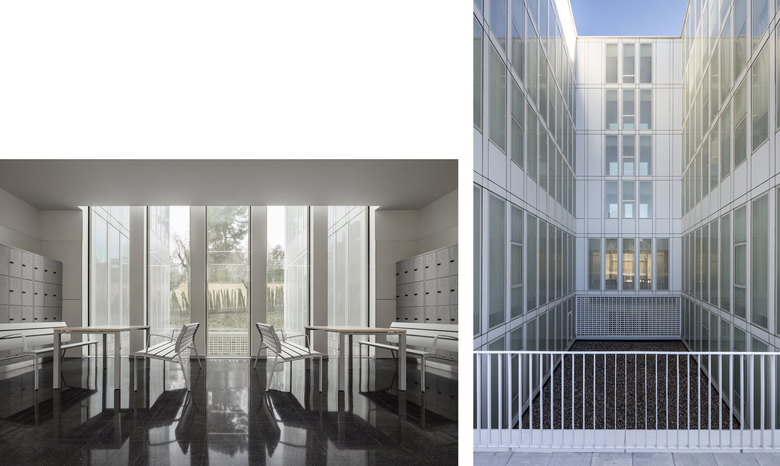 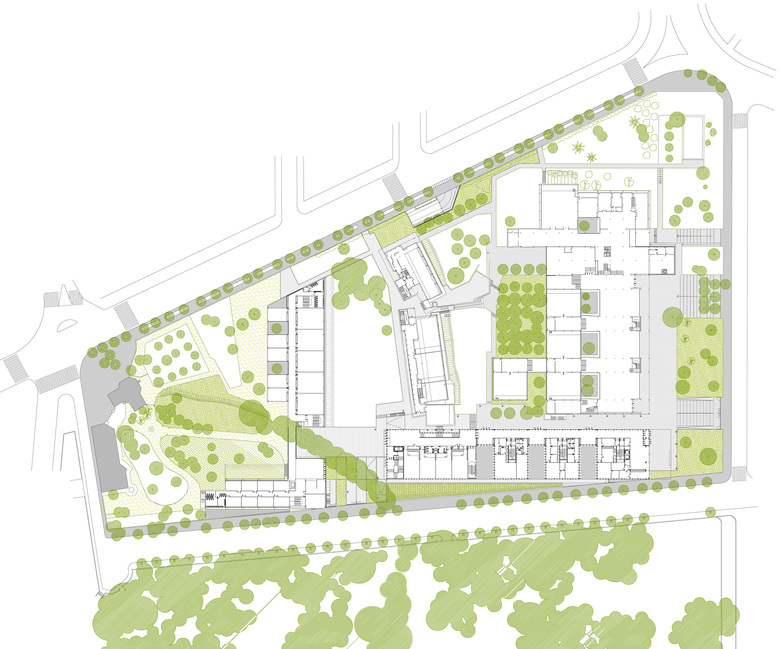 Extension of the Law Faculty in the UB

The ensemble is a 4 buildings1st phase. The different buildings are separated by courts and arranged in a common alignment and height, generating an unique volume.

This ensemble is disposed in a perpendicular axis to Diagonal Avenue,  following the orthogonality of the original building axis, built in 1958. In the other direction, along the fronts of Fernando Primo de Ribera street and the inner block, the façades are parallel to the original building generating a pedestrian street.

The Diagonal façade offers as a reference two vertical plans. One of them includes the first two floors, which are aligned to the lower front of the existing building. The second plan is a three floor cantilever projected until the façade projection of the higher tower existing in the original ensemble.

The new buildings rise five floors above the reference quote of the existing entrance platform. Two complete basement floors and half basement floor assigned to parking spaces are set under the platform quote.

Whenever the teaching spaces will be under the street level, the ground will be excavated until the plot limits to generate an English court with side-slopes, so that the façades relation withe the outsides will be the same as in the higher floors.

The main entrance is placed at the Diagonal Avenue façade, next to the entrance of the existing building. On the opposite façade there will be another entrance to provide a relation between the horizontal axis, which connects the four new buildings with the ensemble of the Campus buildings in the same block. Both entrance spaces have large hall areas.

The four building ensemble is intended to lecture-halls, departments and administration offices, meeting-rooms, services and support spaces, communication and techniques.

'Josep Trueta' Center for the Elderly and Neighbourhood Center in Raval