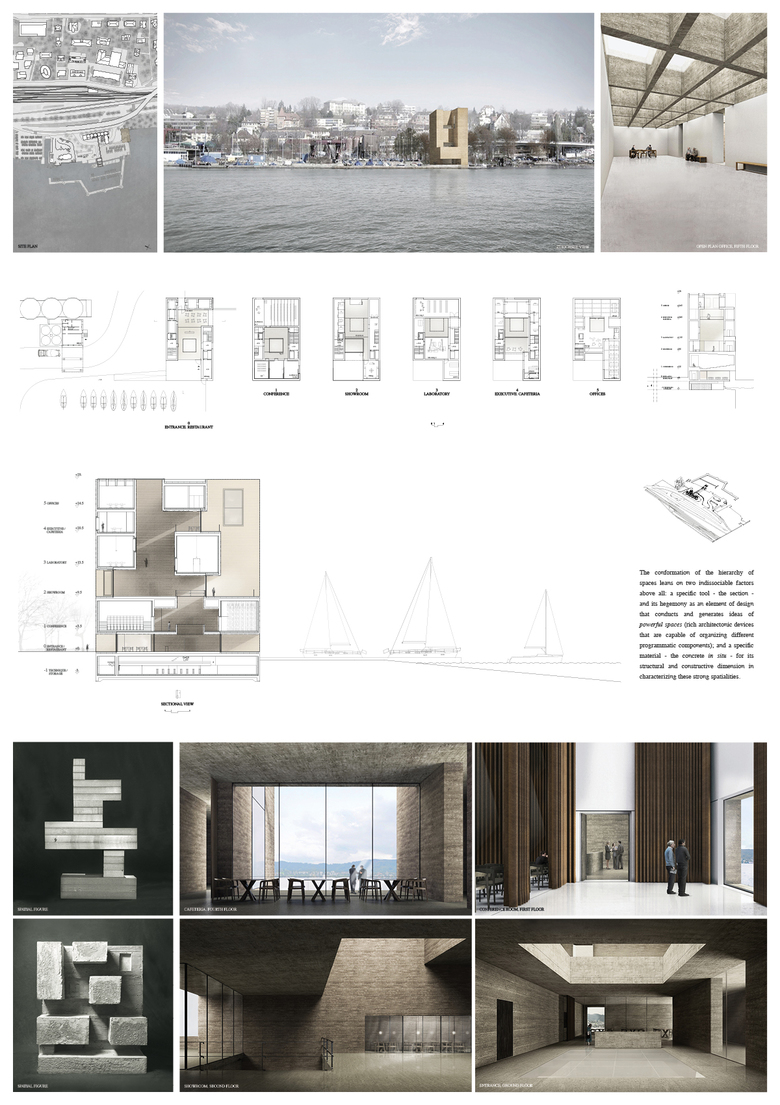 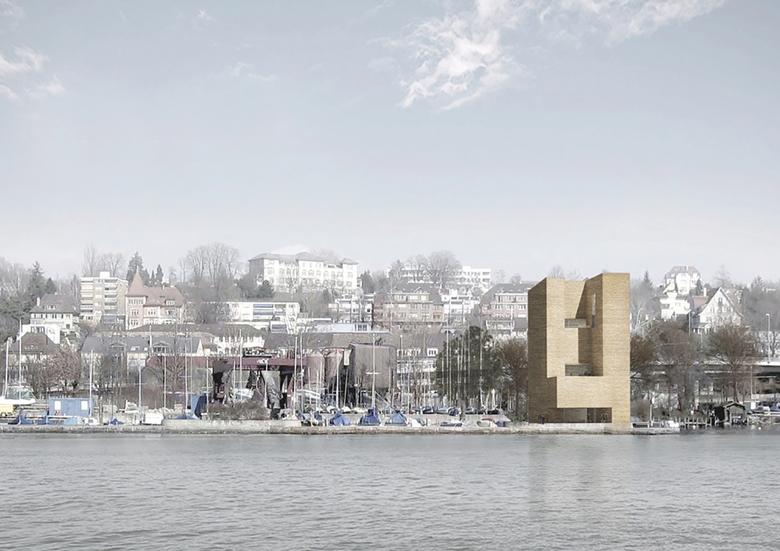 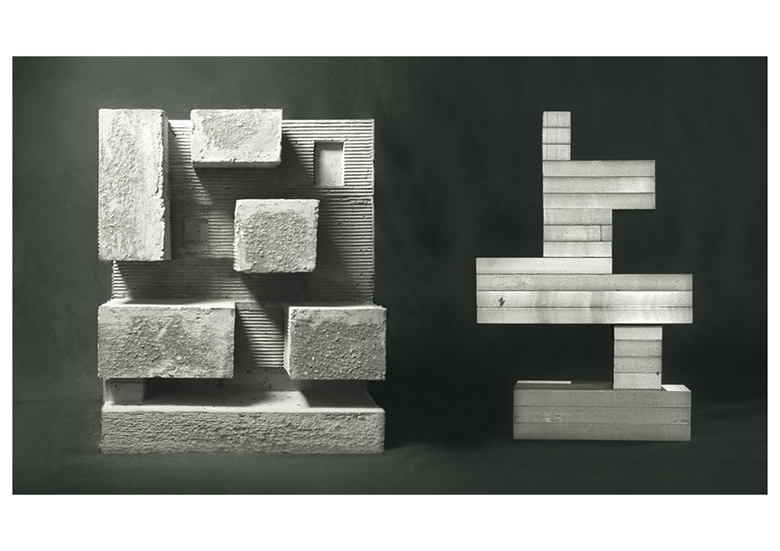 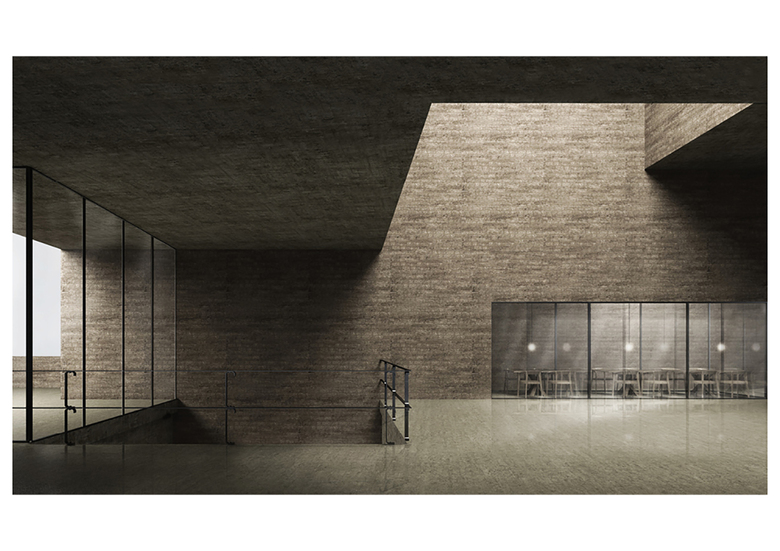 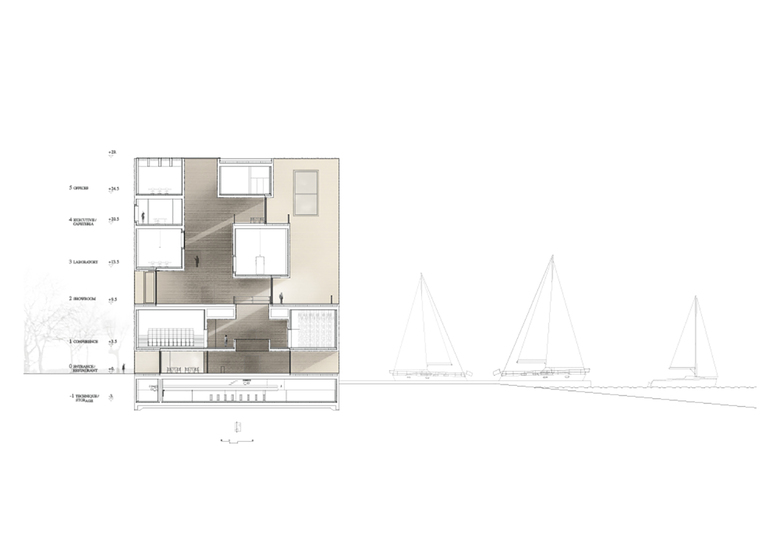 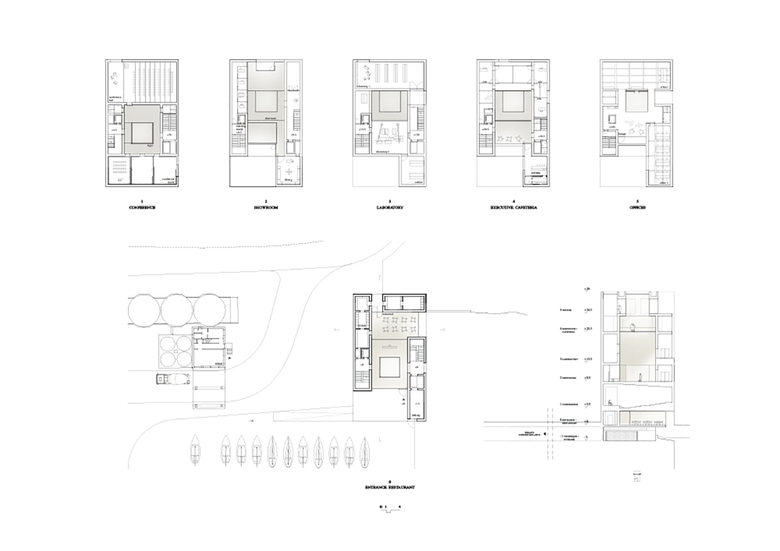 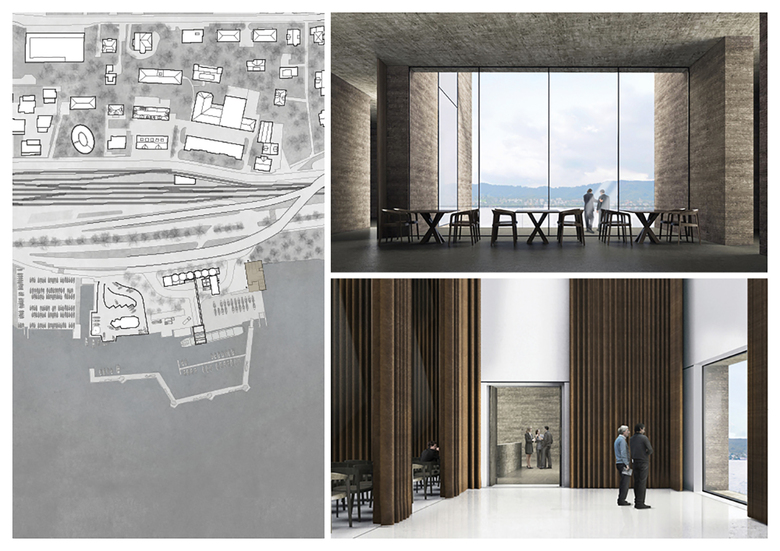 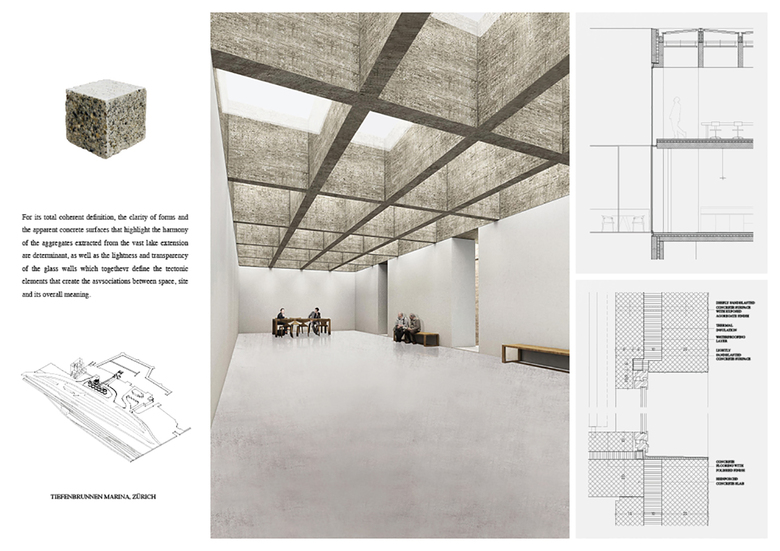 Precisions on a present system

The programme and design premises underline the leadership role architecture should play by expressing this openness, through the quality moulding of space and form, as a functional, expressive and symbolic dialogue between private and public, intimacy and collectiveness. The significance of the in-between empowered as a conceptual architectural tool, that aims to seek congruence between space and structure, implies the (re)reading of the harmonic triad of space-structure-material as a main design feature, fundamental in today´s understanding of the meaning of diversity and integration, be it, a functional and technical or social and cultural interpretation or response.

The spatial sequence that organizes the KIBAG Foundation rises of an interpretation of the site - a space with a specific character and identity distinctly created to establish mediation between the city and the building. As a formation centre for the KIBAG group workers and as a conference and exhibition nucleus opened to the city, the proposed programme expressively distinguishes itself through its dimension and nature. The conformation of this hierarchy of spaces leans on two indissociable factors above all: a specific tool - the section - and its hegemony as an element of design that conducts and generates ideas of powerful spaces (rich architectonic devices that are capable of organizing different programmatic components); and a specific material - the concrete in situ - for its structural and constructive dimension in characterizing these strong spatialities. For its total coherent definition, the clarity of forms and the apparent concrete surfaces that highlight the harmony of the aggregates extracted from the vast lake extension are determinant, as well as the lightness and transparency of the glass walls which together define the tectonic elements that create the associations between space, site and its overall meaning.