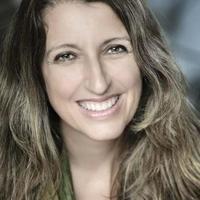 Benedetta Tagliabue studied architecture at the Istituto di Architettura di Venezia (IUAV) and currently acts as director of the international architecture firm Miralles Tagliabue EMBT, founded in 1994 in collaboration with Enric Miralles, based in Barcelona and, since 2010, in Shanghai.

Among her most notable projects built are the Edinburgh Parliament, Diagonal Mar Park, the Santa Caterina market in Barcelona, Campus Universitario de Vigo, and the Spanish Pavilion at the 2010 Shanghai World Expo which was awarded the prestigious RIBA International  "Best International Building of 2011" award.

Current studio projects include The Business School of Fudan University in Shanghai, office towers in Taiwan and Taichung, public spaces of HafenCity in Hamburg Germany, and the metro station Clichy-Montfermeil in Paris, France (1st prize in competition).

Her studio works in the fields of Architecture, design of public spaces, rehabilitation, interior and industrial design.

Her poetic architecture, always attentive to its context, has won international awards in the fields of public space and design.

In the teaching field, she has been a visiting professor at Harvard University, Columbia University and Barcelona ETSAB, lecturing regularly at architecture forums and universities, and is part of jurors around the world, e.g. the Príncipe de Asturias awards and recently she joined the jury of the Pritzker Prize. In 2004 she received an honorary doctorate from the Faculty of Arts and Social Sciences, Edinburgh Napier University, Scotland.

She received the 2013 RIBA Jencks Award, which is given annually to an individual or practice that has recently made a major contribution internationally to both the theory and practice of architecture.

She is also the director of the Enric Miralles Foundation, whose goal is to promote experimental architecture in the spirit of her late husband and partner Enric Miralles.

Spanish designer and architect, Enric Miralles was born in Barcelona in 1955. He trained at the School of Architecture of Barcelona ETSAB until 1974. He was a visiting Fulbright professor at Columbia University during 1980-1981. His doctoral thesis was titled "The things seen to the left and to the right (without glasses)".

From 1973-1983 he collaborated with Albert Viaplana and Helio Piñón, and in 1985 began his independent career. In his first creative period with fellow architect Carme Pinos, he created some of his most poetic works, such as the Igualada Cemetery.

In 1993, Enric founded EMBT with his wife, Benedetta Tagliabue. Together they produced many magnificent projects, such as the revitalization of Santa Caterina Market in Barcelona, and what many consider to be his Magnum Opus: the Scottish Parliament Building, in Edinburgh, Scotland.

Miralles was a professor at the School of Architecture of Barcelona (ETSAB) with the Department of Architecture (1996), the Director and Professor of lectures in the Städleschule of Frankfurt-am-Main (1990), a professor at Harvard University, in the Chair Kenzo Tange in (1992). He was also a visiting professor and lecturer at several universities in the United States, Germany, UK, Italy, The Netherlands, and finally, a member of the Royal Incorporation of Architects in Scotland.

Among other awards, in 1995 received the National Architecture Prize, awarded by the Ministry of Culture, and in 1996 with the 'Golden Lion' at the Venice Architecture Biennale.

Considered a highly inventive architect, Enric is defined as the enfant terrible of Spanish architecture. Sadly, his prolific career and practice was cut short at its peak, when he passed away in July 2000, in Sant Feliu de Codines.

Enric Miralles was an author of sweeping buildings, a genuinely original and derived language with a deep respect for the place. He left us a lush and prolific world of architectural and intellectual work, including writings, drawings, sketches, collages, journals, and nearly a thousand original models.