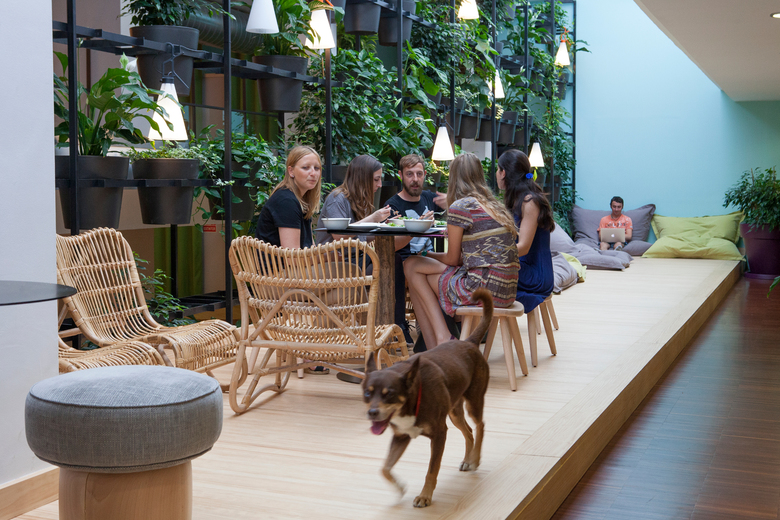 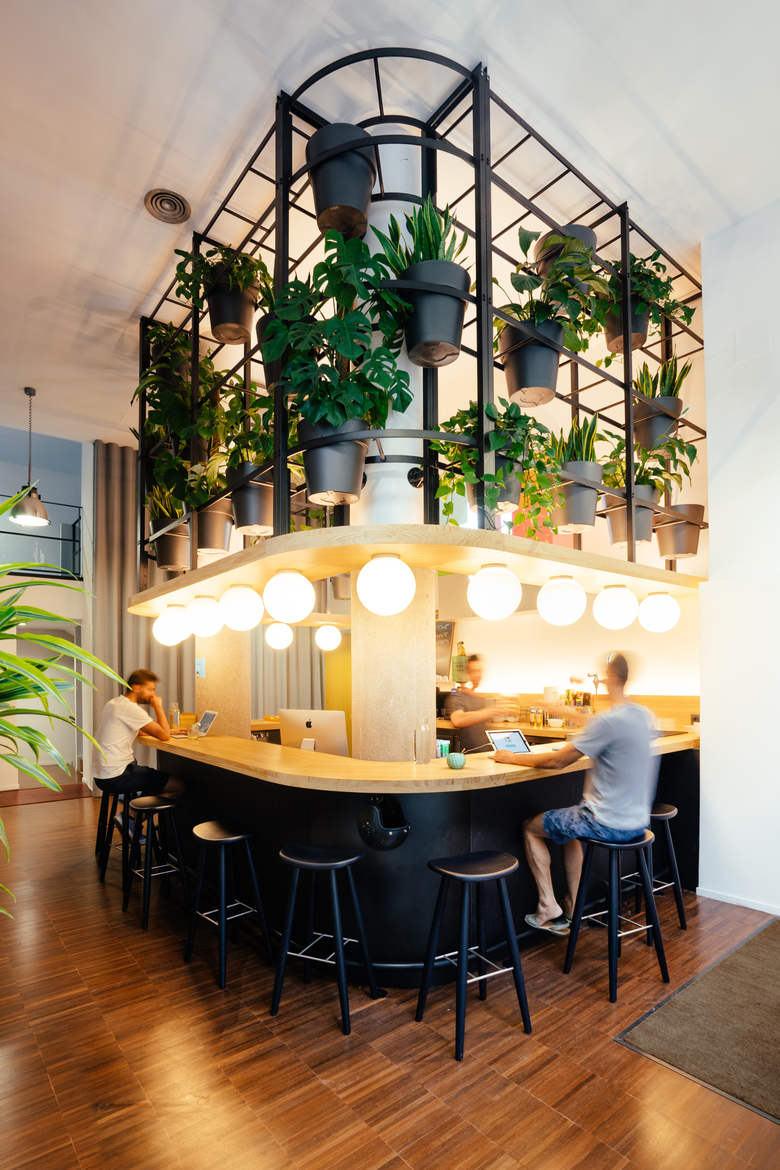 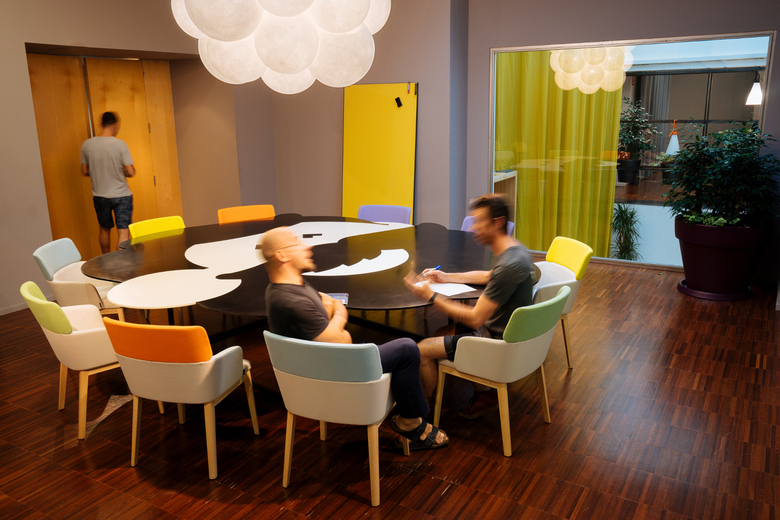 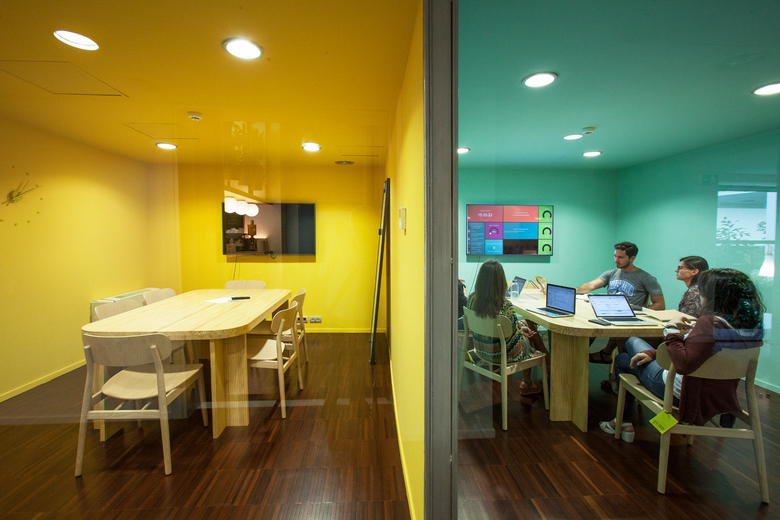 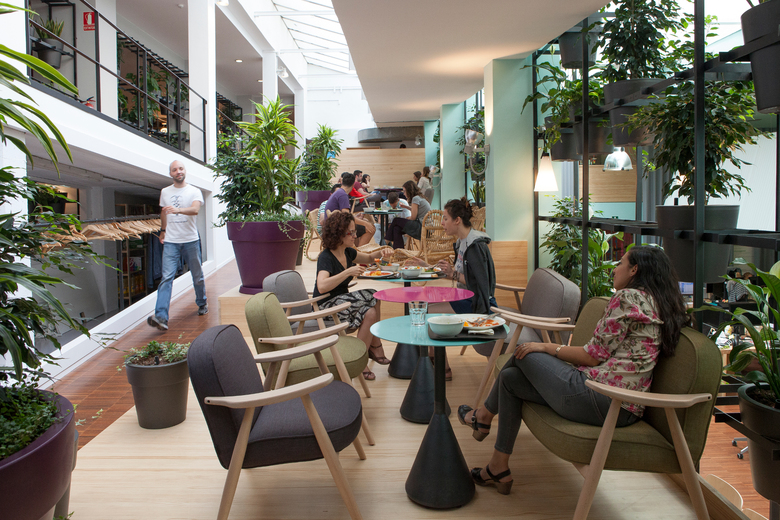 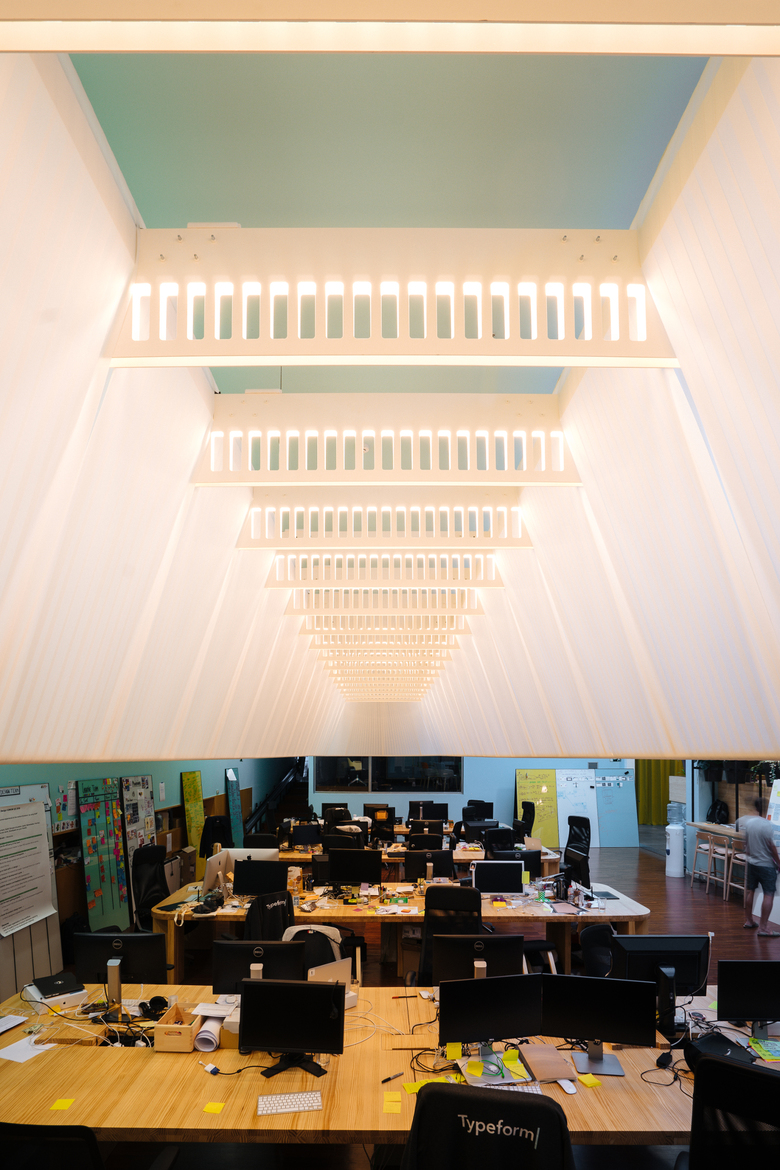 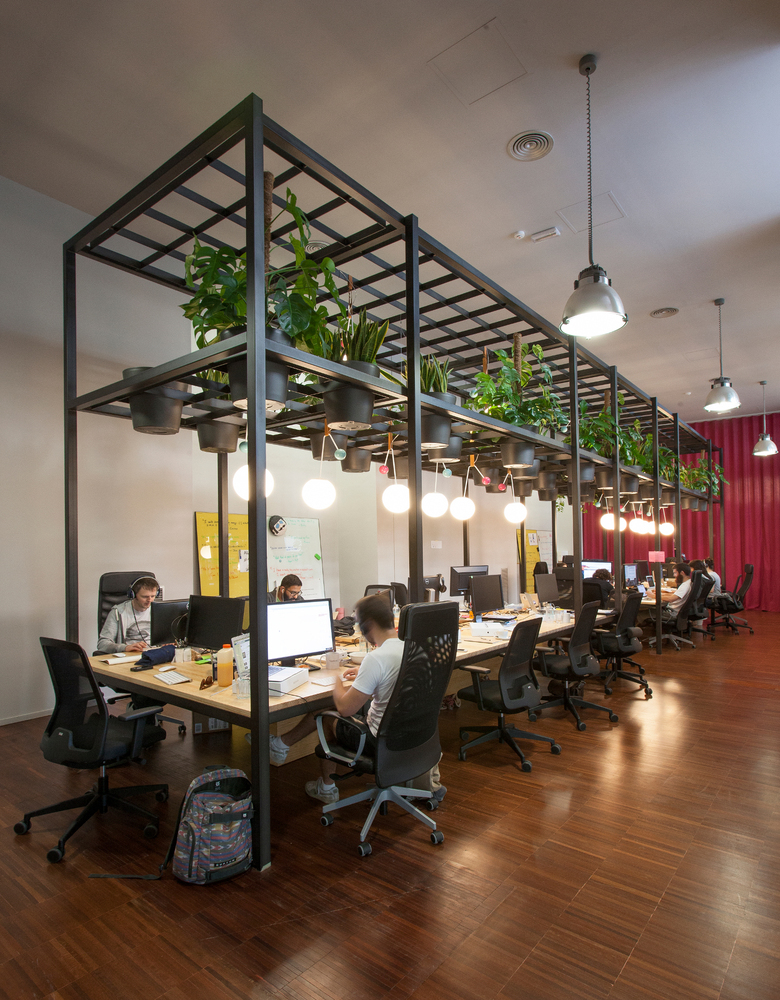 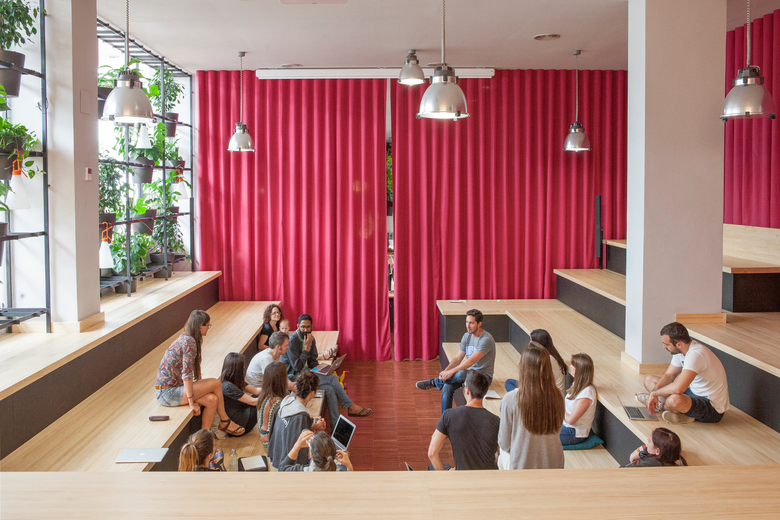 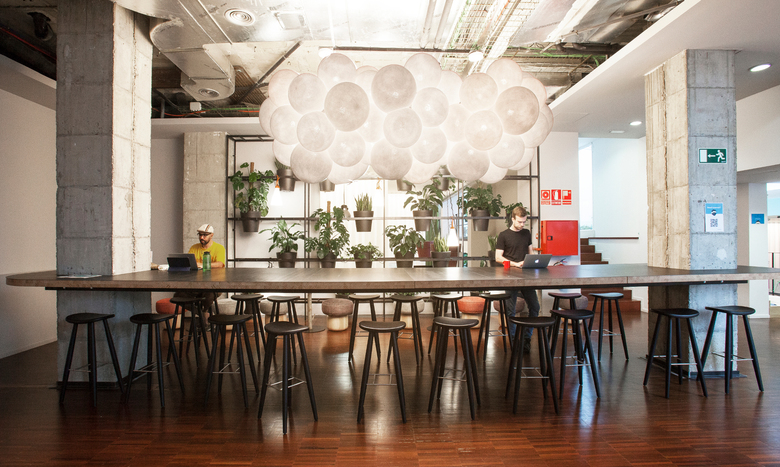 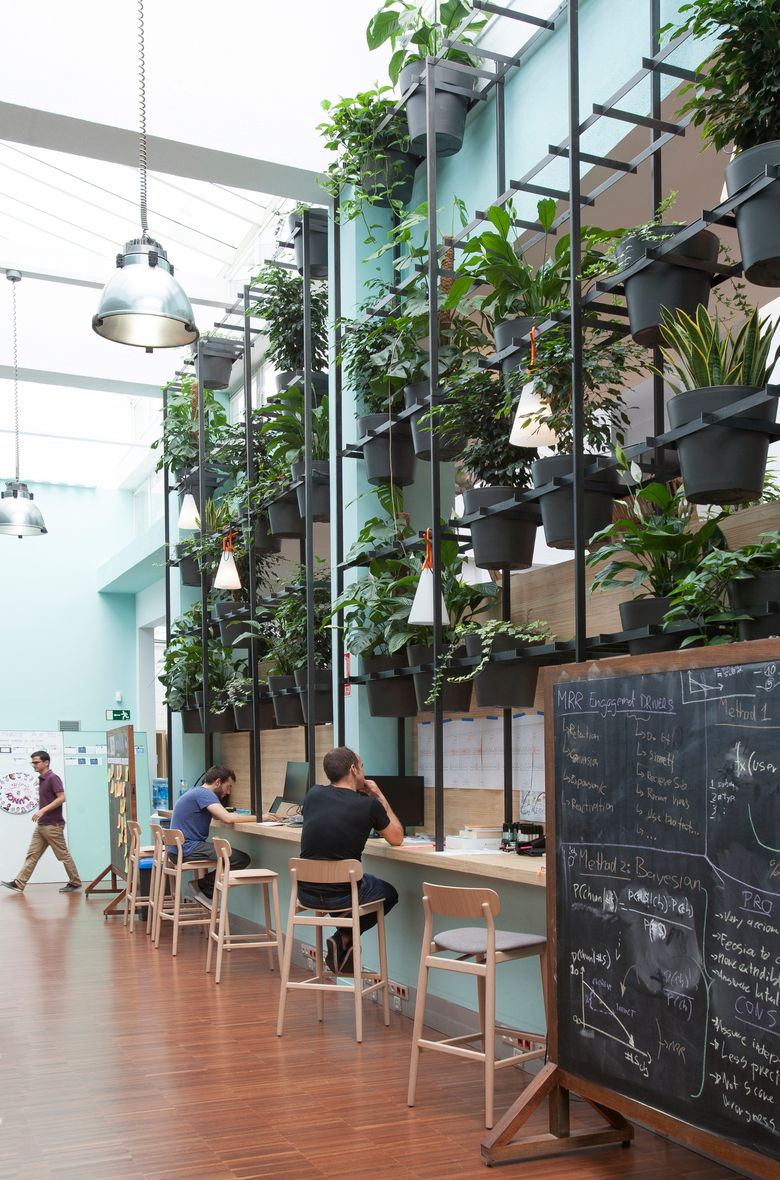 The startup launched by Robert and David, Typeform, was experiencing such a rapid growth that it needed to be relocated in a brand new head office. The Barcelona-based space ought to be, especially, huge. However, the Poblenou’s 2000 m2 venue they chose, owning multiple level ramps, a sensational terrace and large skylights, was too confined. Clashing with its structural conditions, Typeform’s DNA had to be strongly considered, then they definitely don’t embody what you would call a conventional company. They actually are a great multicultural and talented family, and as such they needed a comfortable space that met the requirements of a small community.

Typeform’s headquarters were to be provided of fresh air and free mobility. The solution came hand in hand with Kamal Meattle, a NASA specialist, according to whom there exists a specific combination of plants capable of renewing interior space’s air. We designed the holding structures and distributed 810 items of these species, as well as a gardener on staff. We paired the idea with a space redistribution around a boulevard where to meet, eat or chill. With the notion of reducing the office to a laptop, Typeform has been designed to have the freedom of choosing where to work, whether at the table, discussing in an agora, lying on the hammocks or having a beer at the bar-reception. In Typeform it is eaten comfortably, it is worked in multiple formats and spaces are merged with working rooms adapting to concrete profiles. It isn’t an office, and if it resembles one, we’ve utterly failed.