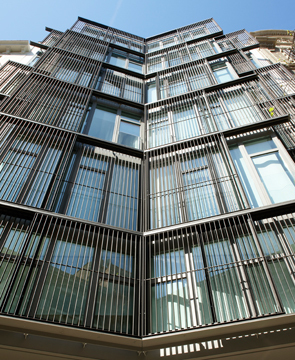 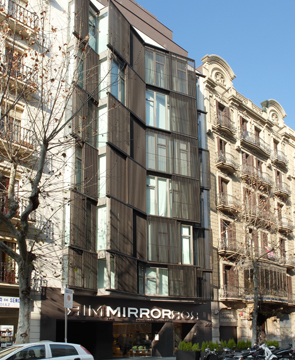 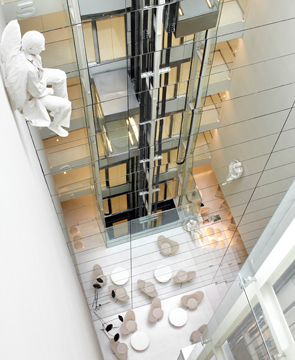 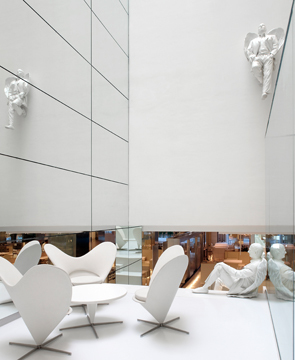 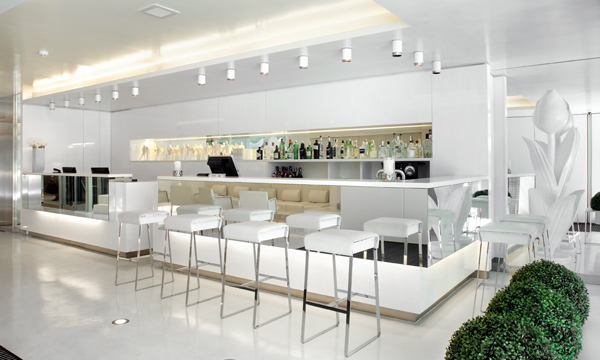 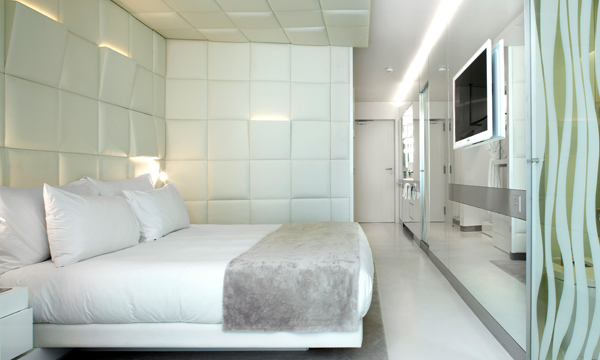 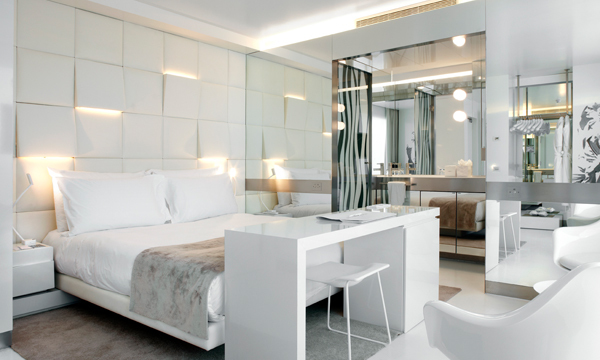 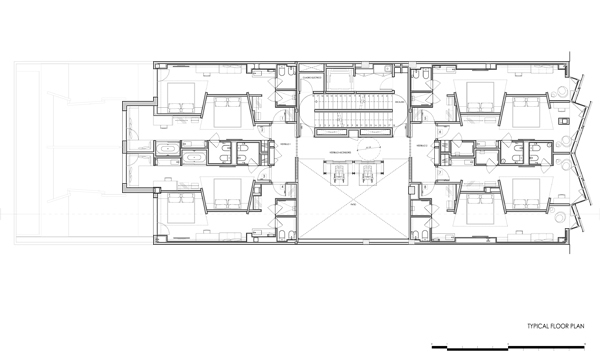 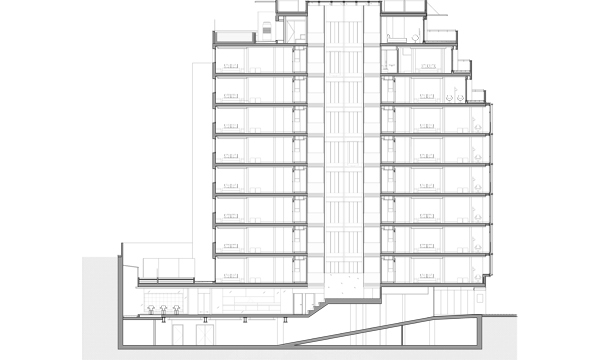 The project accomplishes the integral refurbishment of an obsolete office building, to restructure it as a four stars hotel. The resulting hotel building consists of a basement, ground floor, and seven floors with a total of 63 rooms.

GCA in charge of the Architectural project and Interior Design has developed altogether in order to obtain an integrated and outstanding result.

The courtyard serves several functions such as, airing the stairs, spatial continuity, makes the entrance of daylight through the upper skylight to ground floor. The wall of the courtyard is completely covered with mirrors, doubling the size of the courtyard creating interesting visual relationships from different levels.

The hotel rooms are solved in a particular solution that moves away from the conventional hotel distribution, they are interspersed with each other to optimize the width of the building of 12 m and get four bedrooms for facade, eight per plant. The use of mirrors, which duplicate the space, brightness and indirect light, and the white in its different shades and nuances, as a single colour, help us to create a neutral atmosphere that conveys the feeling of calmness and relaxation, and also amplitude that is the concept applied to the interior design, not only in the area of guest rooms, but in the entire hotel, including common areas.