Telephone exchange in the Olympic Village 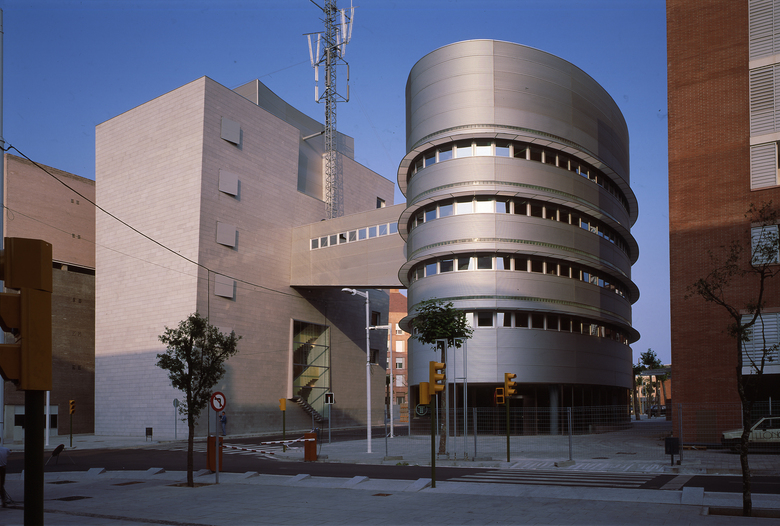 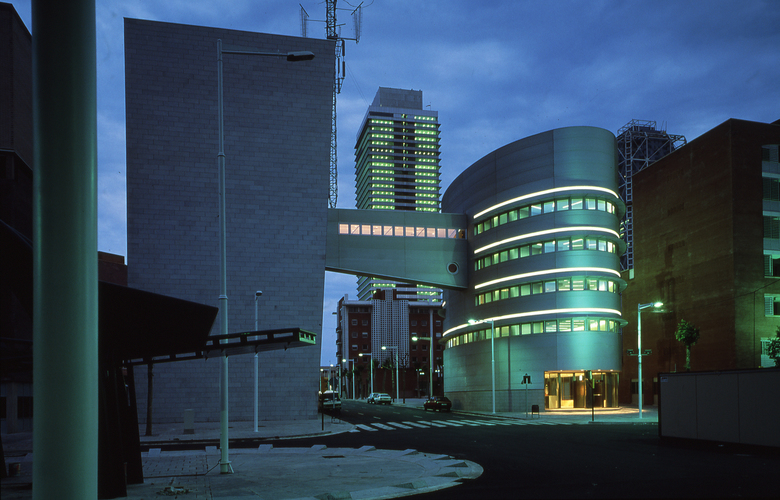 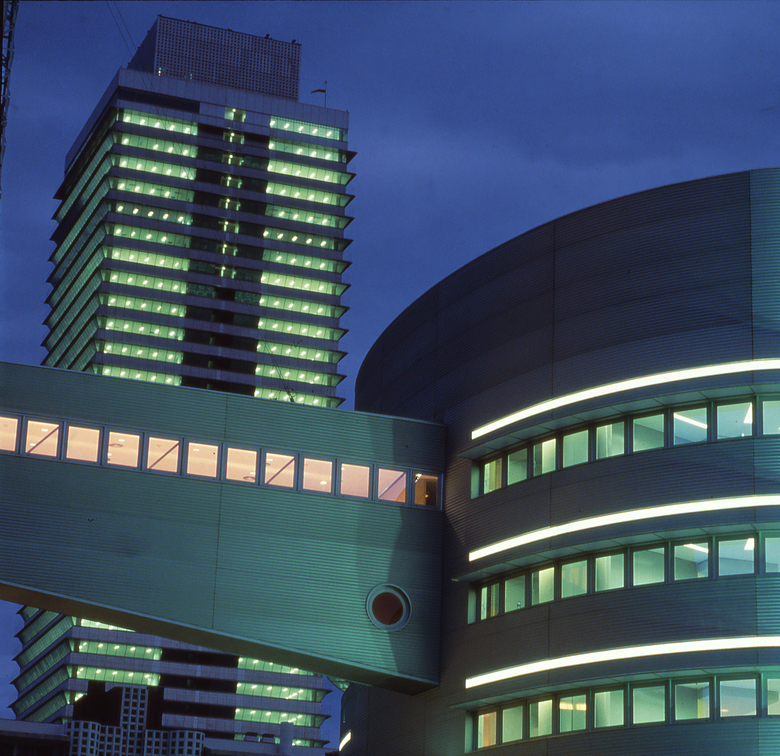 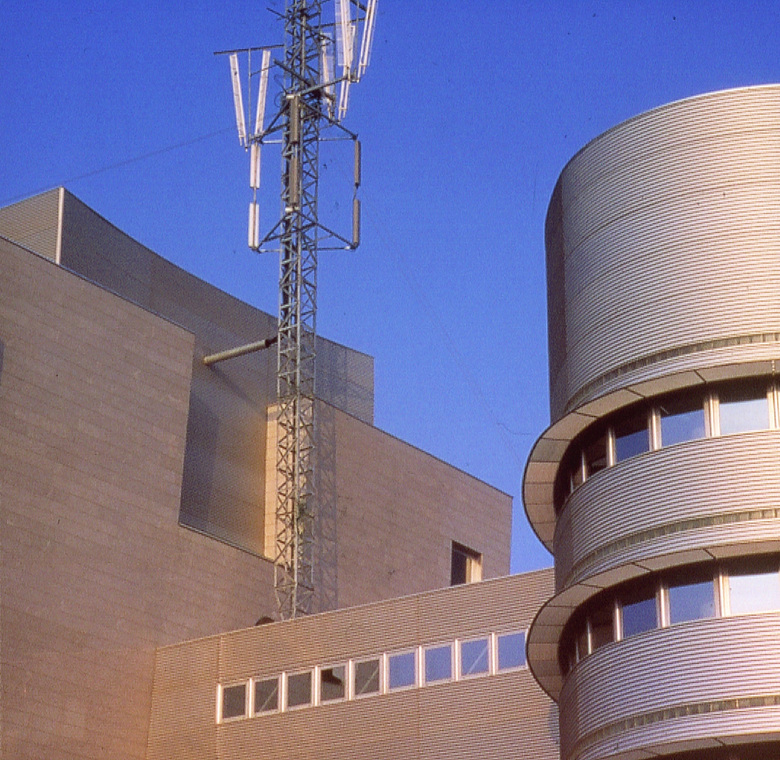 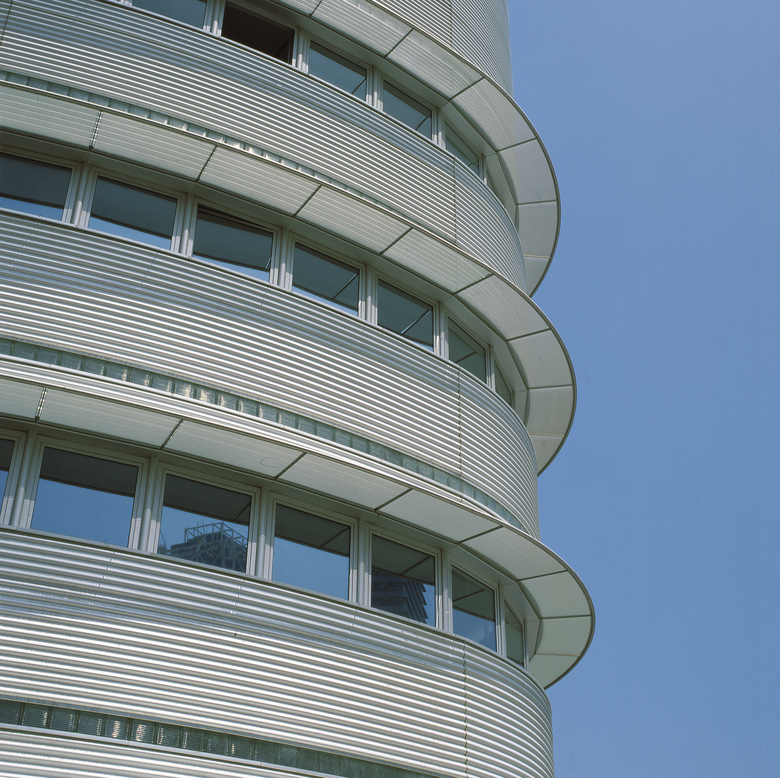 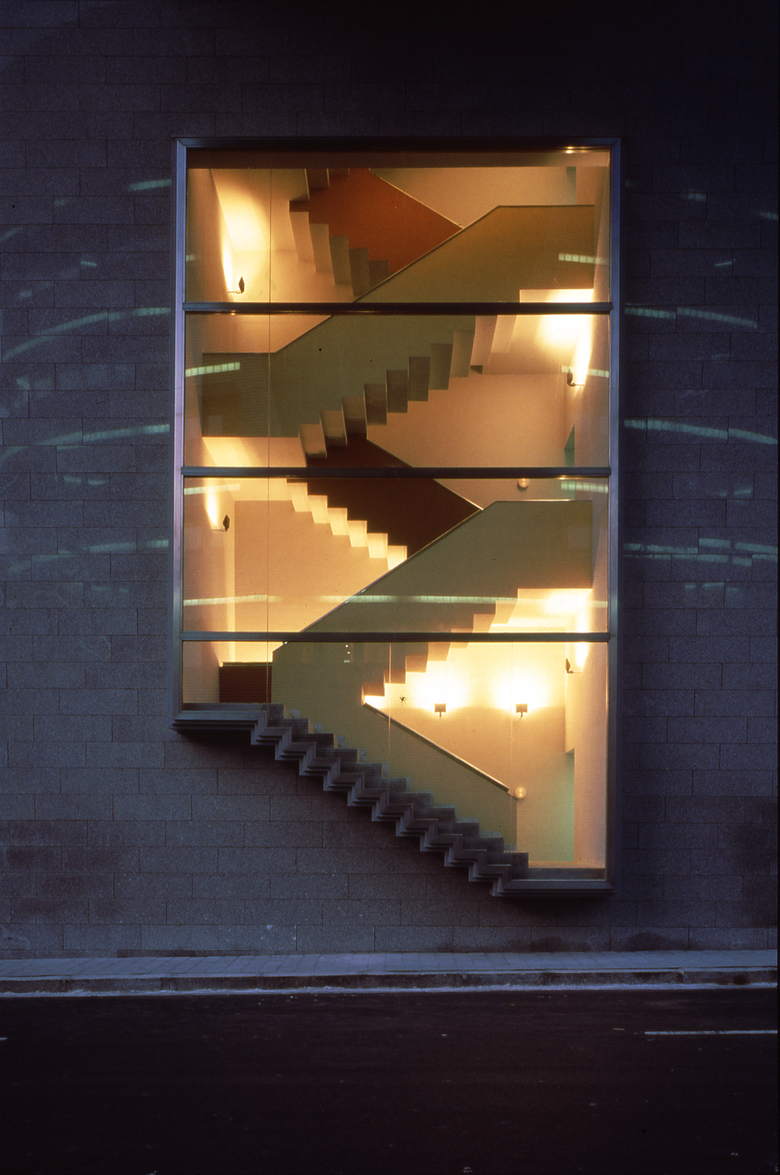 The project is defined in two parts, set on opposite sides of a street at a junction. The people side, which contains offices and workshops, is contained in a little elliptical tower with slit windows set into ribbed aluminium cladding. On the other side of the street, a prismatic rectangular block containing the technical installations leans towards the tower. This block is clad in grey stone with small windows punched in its smooth surface.

The two are united by a scissors-like ramping bridge that supports a fuyed aerial, a clear homage to Russian Constructivism, and at the same time to the intentions of the master plan which envisaged that the major elements of Nova Icària would be bound together by bridges at the main intersections.