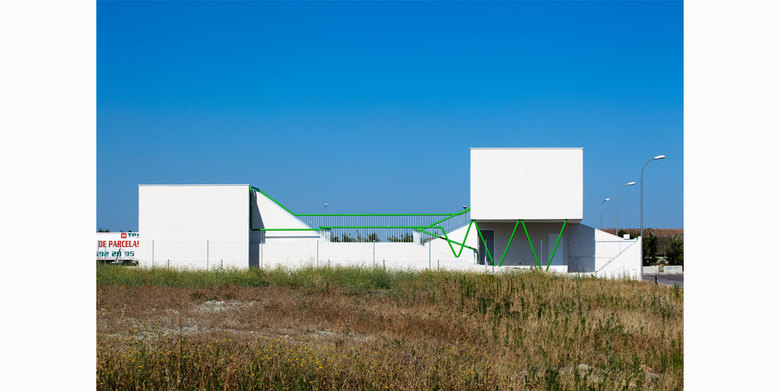 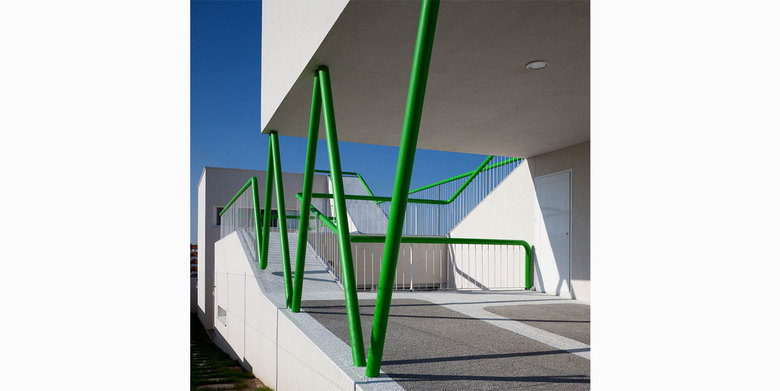 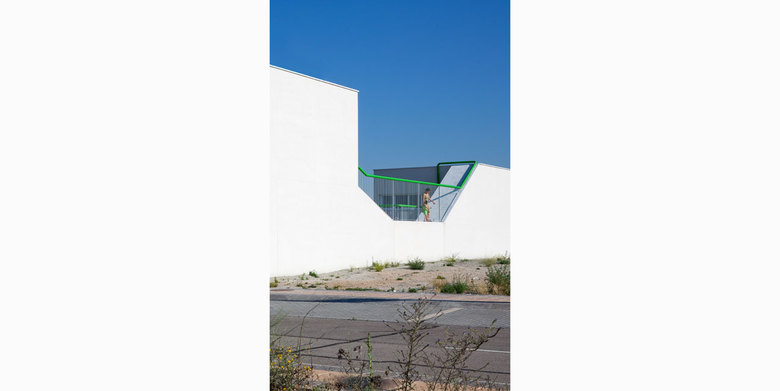 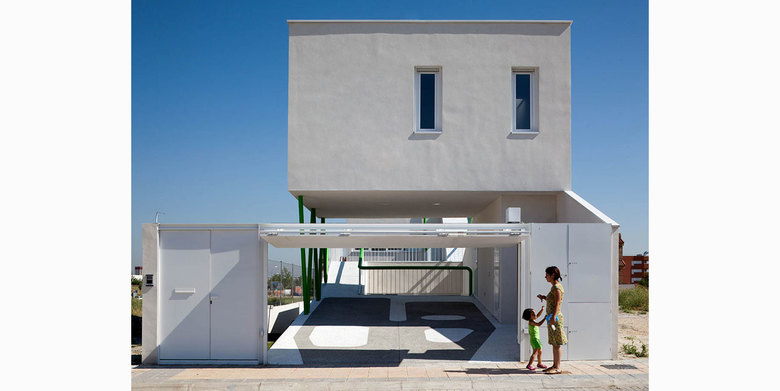 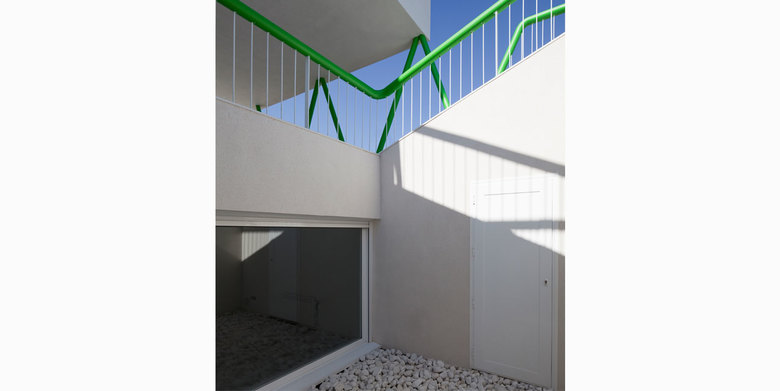 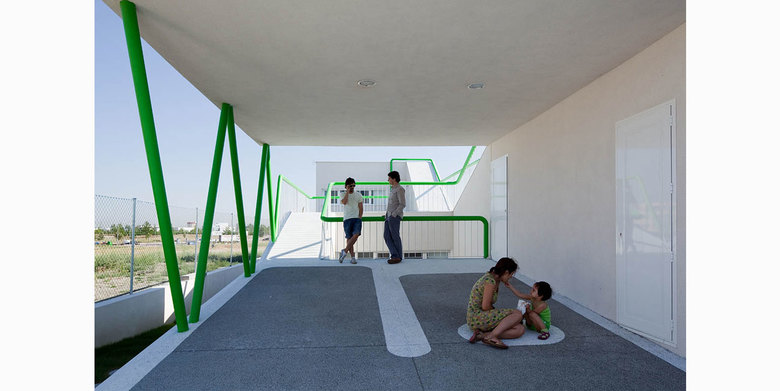 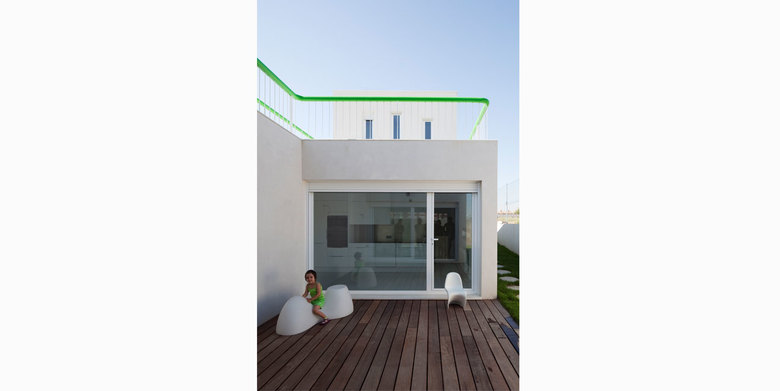 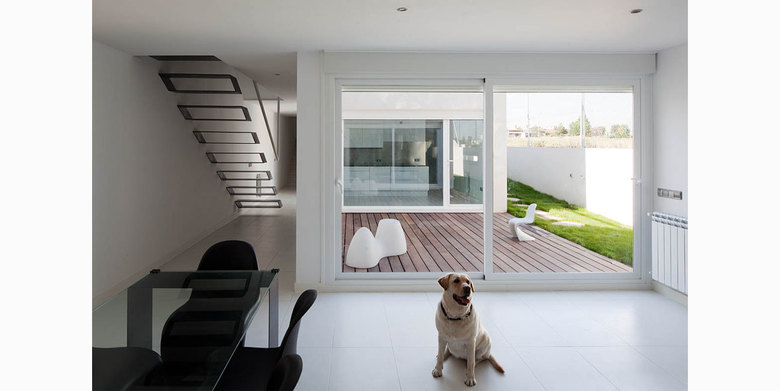 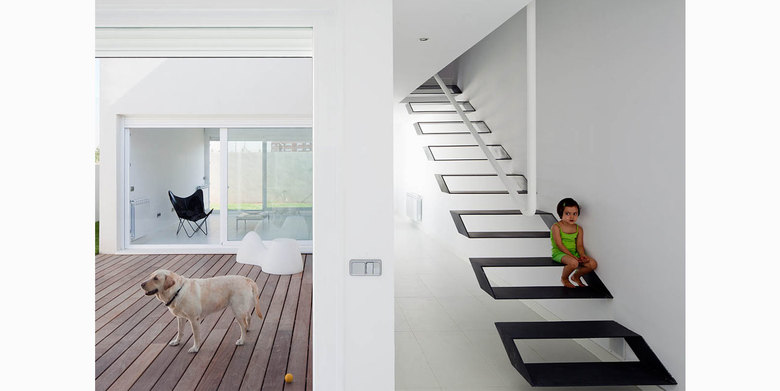 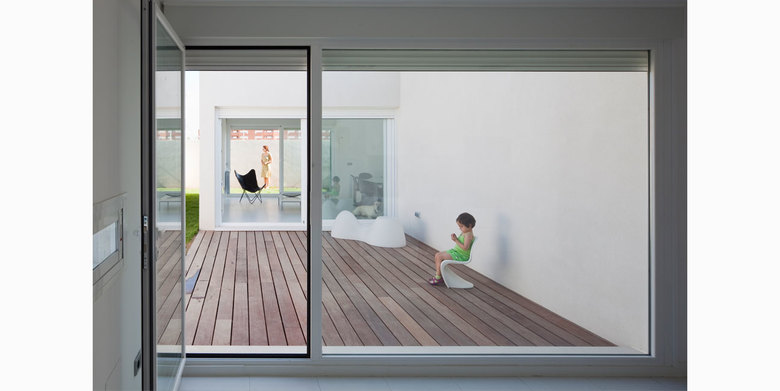 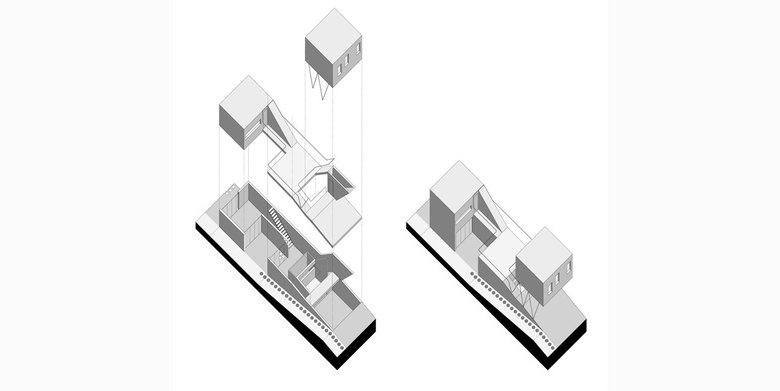 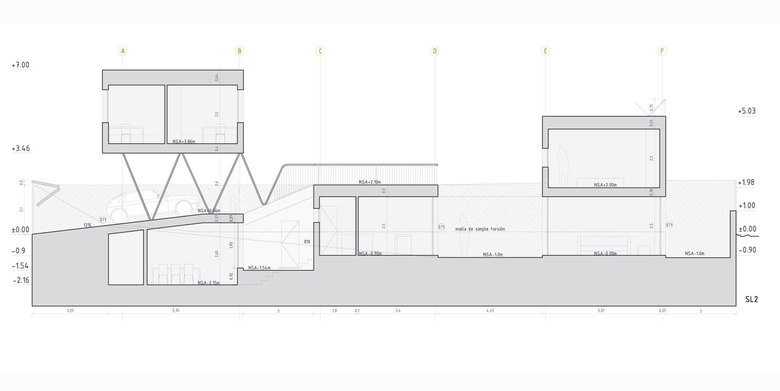 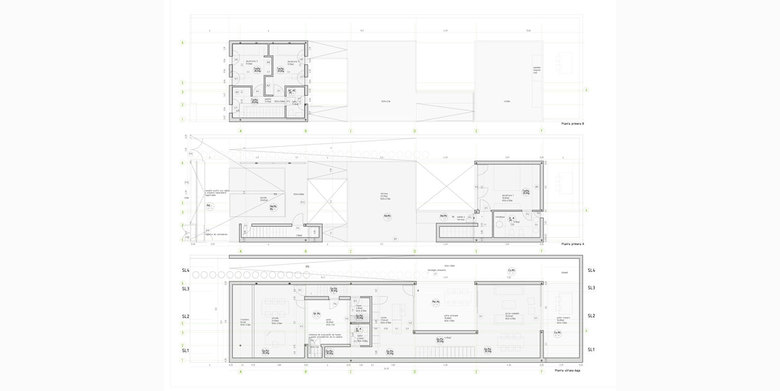 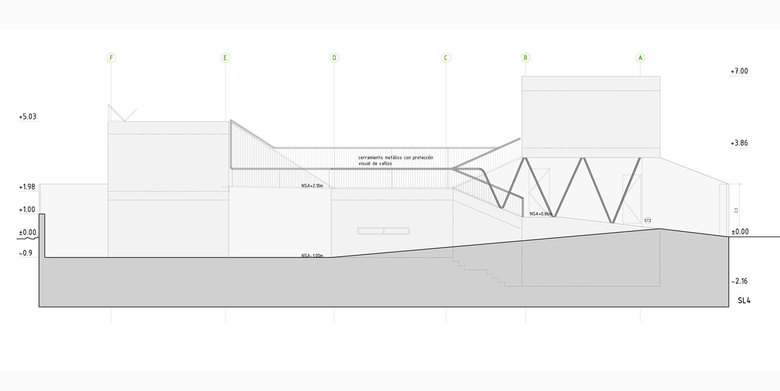 A GARDEN HOUSE. A HOUSE BETWEEN COURTYARDS.
The project had to face two preliminary constraints: a surrounding area burdened by the aesthetic and cultural tradition of the Spanish row-house concept and, on the other hand, the plot’s exposure to solar radiation during the hottest months of the year.

Thus, we decided to search for a hideaway to this appalling landscape, offering a secluded space which features a range of atmospheres that emphasize life within the house -notwithstanding its surroundings- and, besides, for a strategy by means of which the desired climatic confort could be achieved in a passive and flexible way. These decisions resulted in an array of diversely qualified spaces that enable different life trends depending on the varying seasons’ climate.

The house can be described as a topographic volume, a plynth running along the plot emerging from level -0.90m, and perforated with three different types of inner courtyards, which provide the dwelling space with natural illumination and crossed ventilation. This new topography, made up of flat and pitched roofs, generates a continuous terrace which can be enjoyed in many ways. The only volume related to the street is a hovering prism, detached from the plynth, which works as an independent space and creates an interstitial porch below.

In a subsequent phase, the main volume and courtyards will be covered by a natural envelope, an ivy (Ampelopsis tricuspidata) pergola tangled in a simple-torsioned wire mesh, protecting the dwelling from the solar radiation.