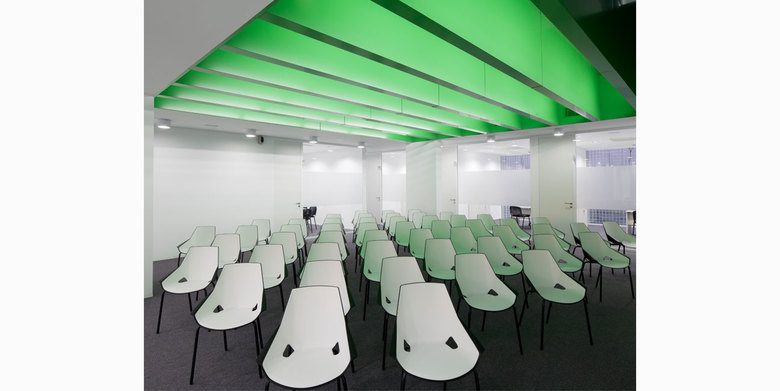 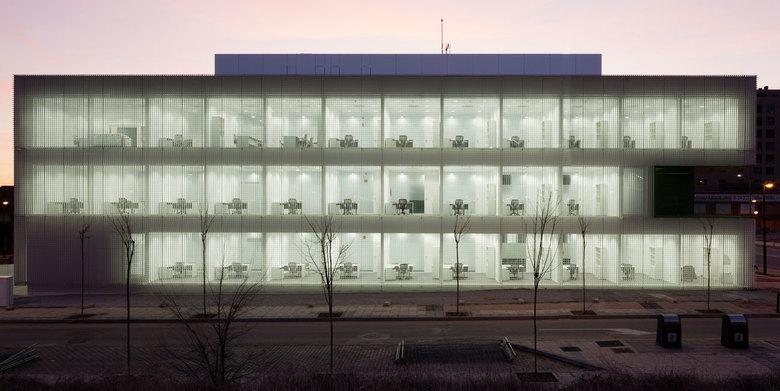 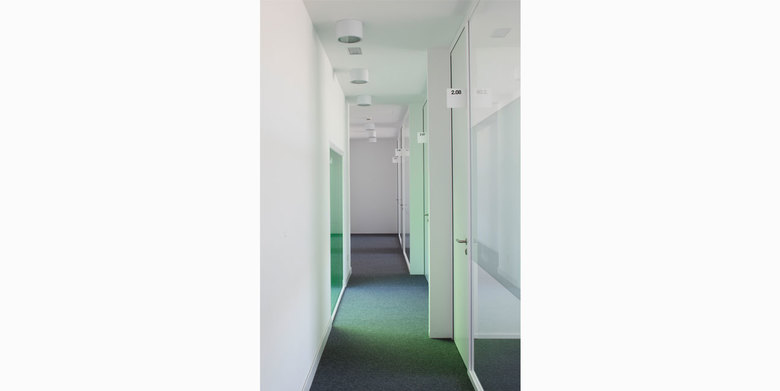 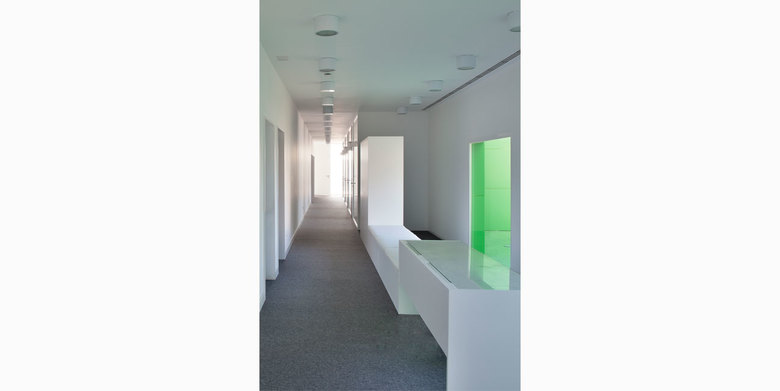 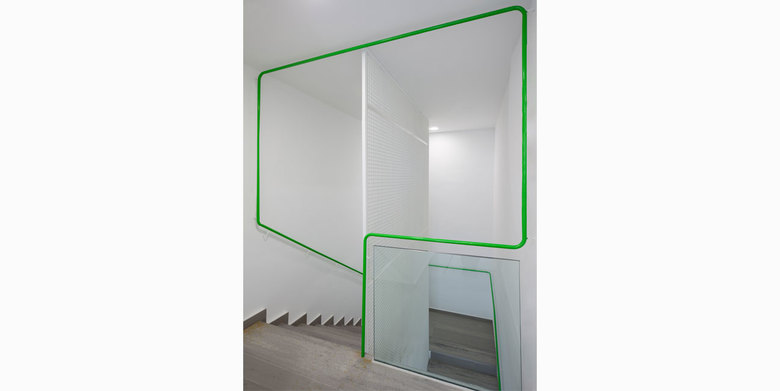 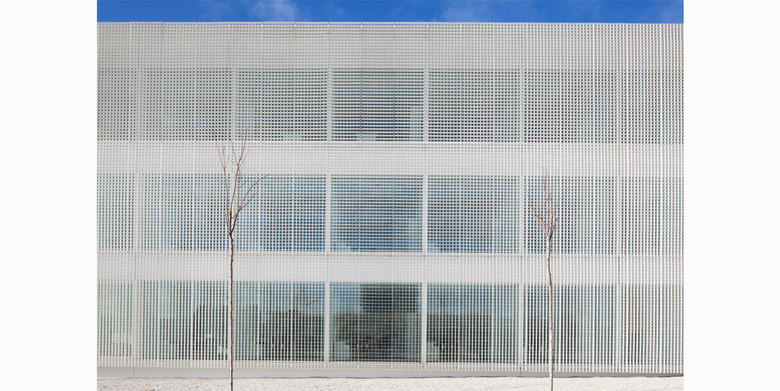 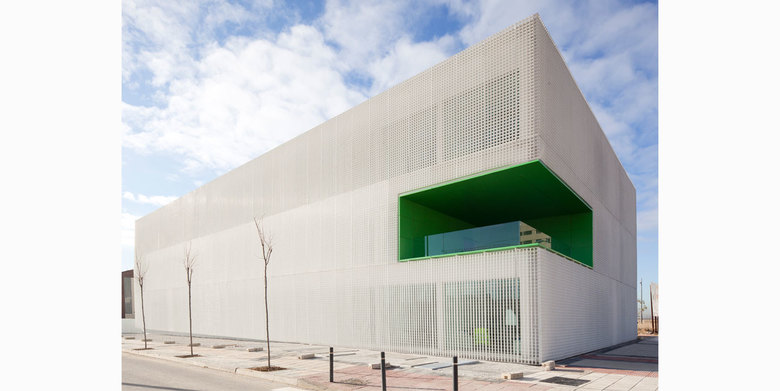 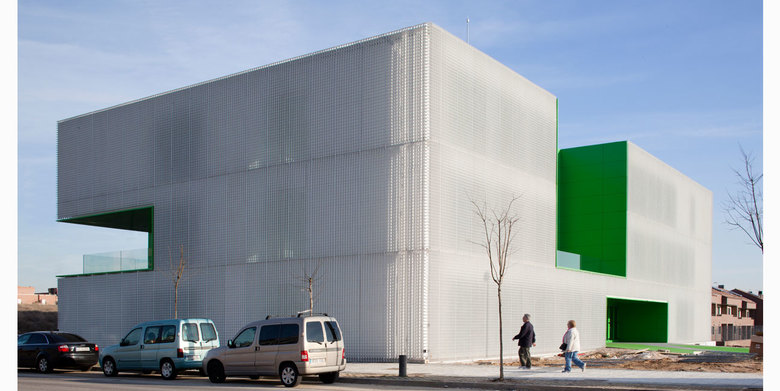 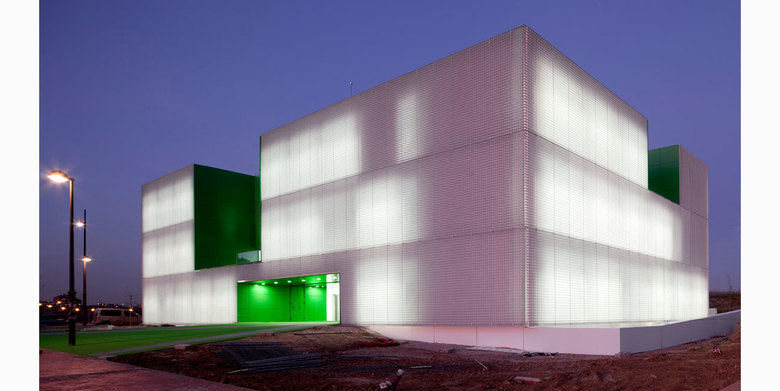 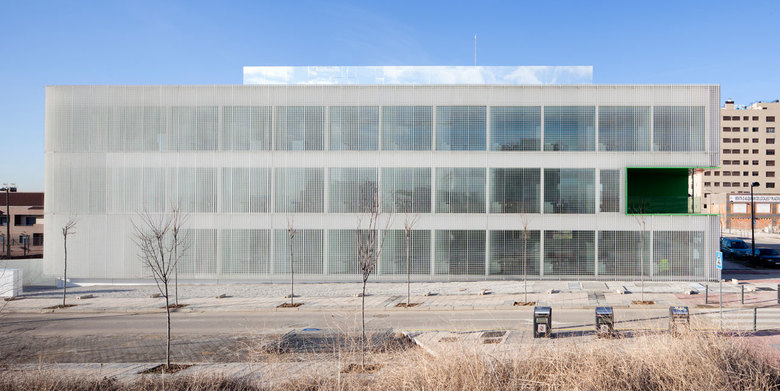 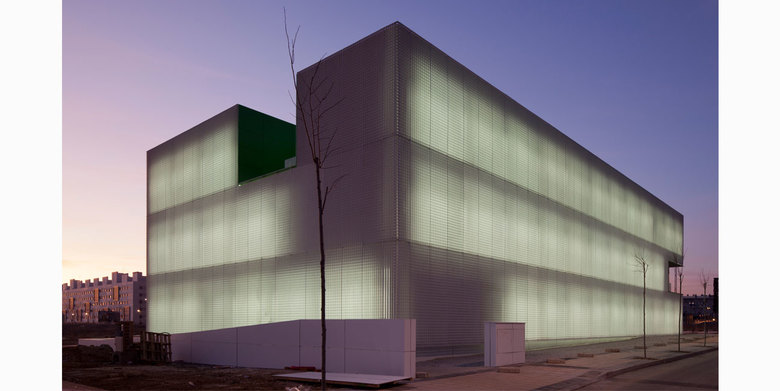 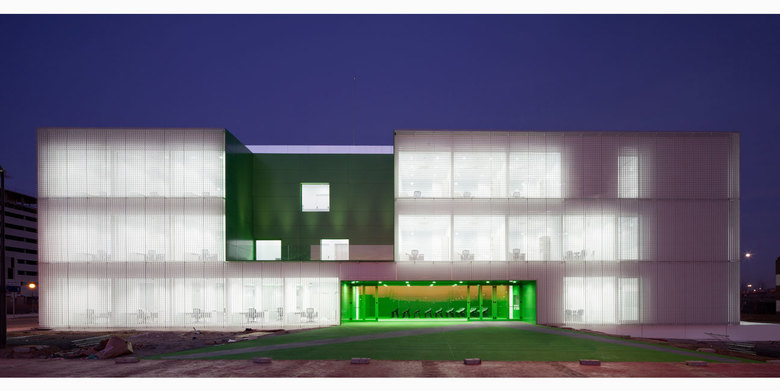 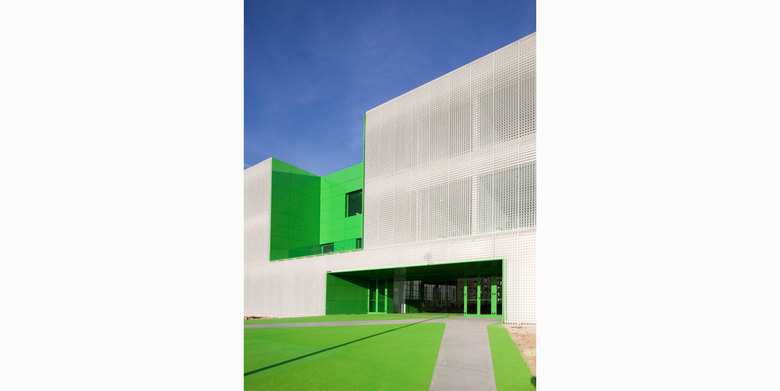 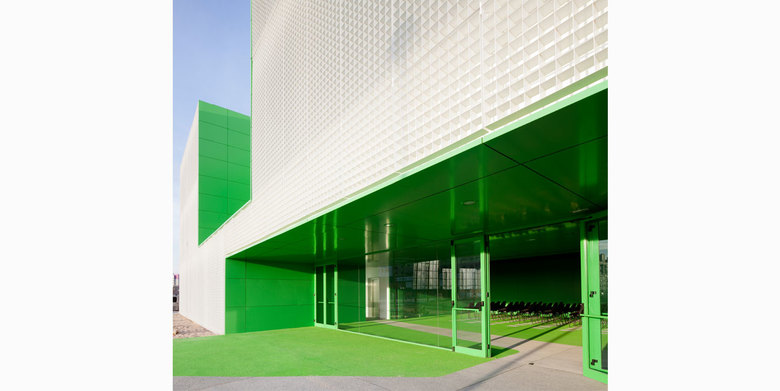 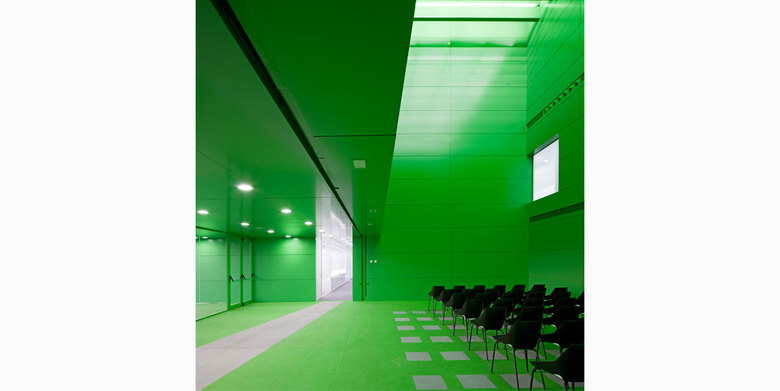 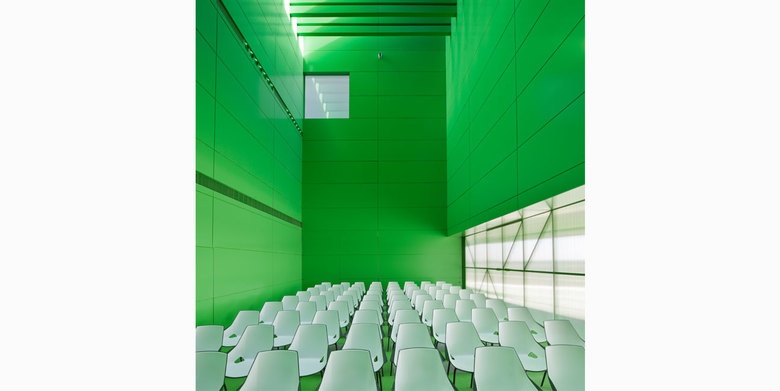 The program for the new municipal social services centre in Móstoles, Madrid, has two strong starting aspects. Being a building of multiple identical spaces, situated within the weft of a new area of urban expansion, without conditions beyond that of the street and solar orientation. On the other hand, the relationship of the building with the environment, is based on a situation of respect for the environment that has little to do with technological systems, but with proven logic. Thus, the implementation strictly adheres to conditions regarding setbacks from the road and maximum construction volumes. While, the program of uses appears in the best way possible to optimise routes and to generate a compact building that permits simple maintenance without expense.

Upon this volume procedures were performed that lead to the obtaining of a proper and specific place for the building´s program, in response to various issues such as representation, improvements in the proposed uses and orientation.

The first procedure that was undertaken was lightening the building volume by removing mass to create exterior spaces. Through a process of extraction, these exterior volumes were created to provide multifunctional public or private outside spaces, like outdoor rooms for recreation. The second procedure involved inserting a representative volume that assembled the access and the multifunctional room. Both pieces appear as a unique volume and a continuous, flexible space, which permits colored light to penetrate into the space from the large open volumes. This is the core of the project and its image. The third procedure wrapped the building in a thin regulatory skin that generates a thermal and solar buffer whilst maintaining internal visual privacy without hindering external views.