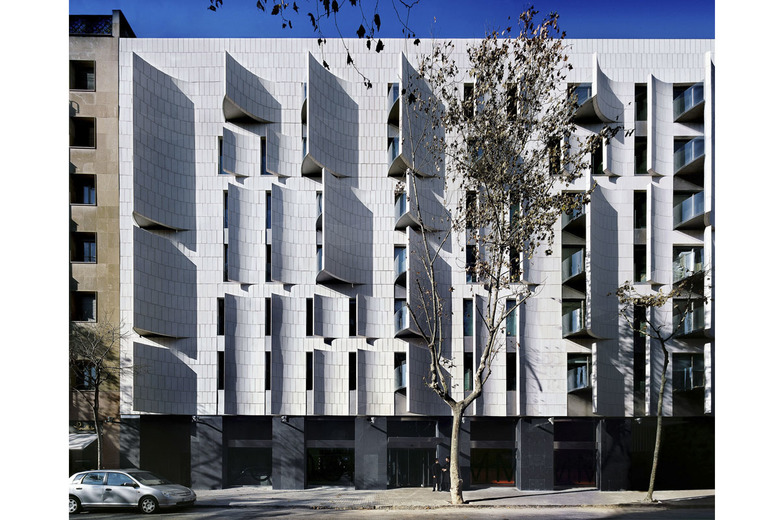 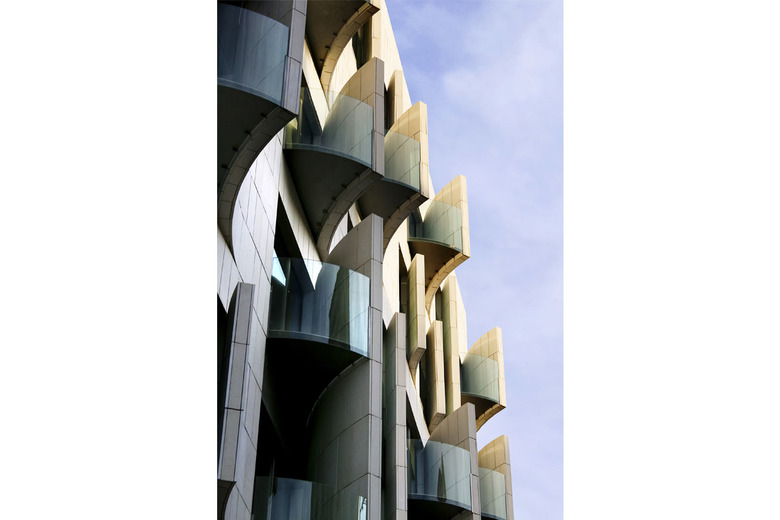 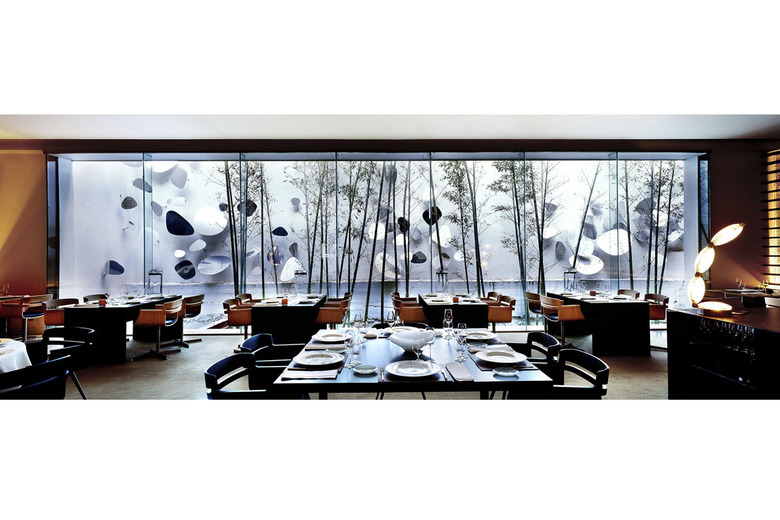 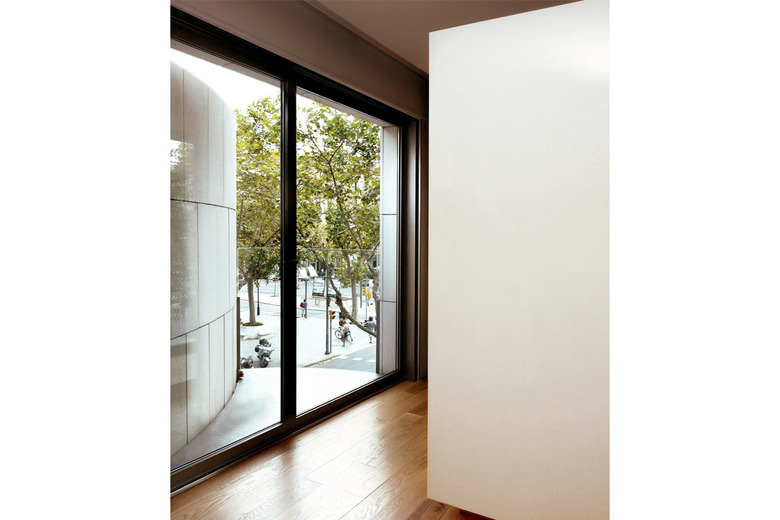 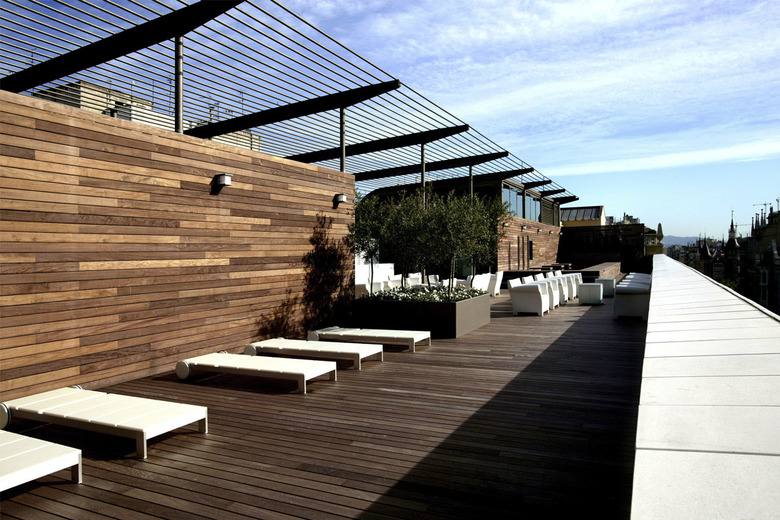 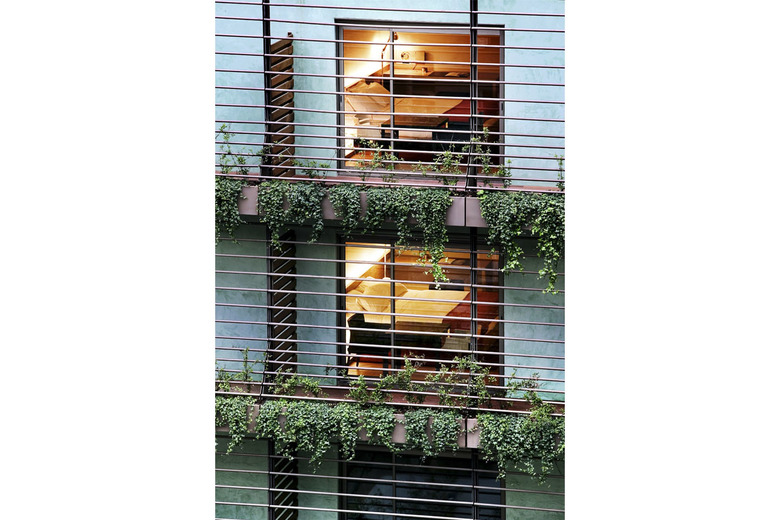 The Grupo Tragaluz wanted to open their first hotel after their huge success in the restaurant business. The challenge was a difficult one, but Rosa Esteva’s ideas were clear: an alternative to everything done so far, a hotel where the concept of luxury gives way to that of comfort, without seeking attention or resorting to Classical motifs. The biggest challenge was the facade, on a prime site in the Eixample district of Barcelona, close to the Passeig de Gràcia. At first the proposal was rejected by the city council, who wanted it to match the adjacent buildings, but our project belonged to the 21st century, not the 19th. We wanted a facade that would be contemporary and not shy away from individualism, but which would respect the setting, creating reliefs and providing balconies, as is the case throughout the Eixample. The “ears” like turned-back sheets of paper fulfil several aims: they provide privacy from the neighbours opposite, they orient the view from the inside towards the Passeig de Gràcia, collect the afternoon light and reflect it into the interior, dampen the acoustic impact of the nearby traffic lights… The interior facade, however, is a great green curtain over a slatted metal blind like a filter that protects the guests. On the roof is a delicate terrace with a small swimming-pool. On the ground floor something was achieved that was unheard-of in Barcelona: that a hotel should be open to the whole city, with a shared entrance on an excentric axis to bring in the visitors and deflect them towards the reception or to the lounge, bar, or the dining-room of the Moo restaurant, all in a single space and always bathed by the natural light coming from the large skylights and the large courtyard at the end, where big metal mirrors reflect the sunlight into the interior.