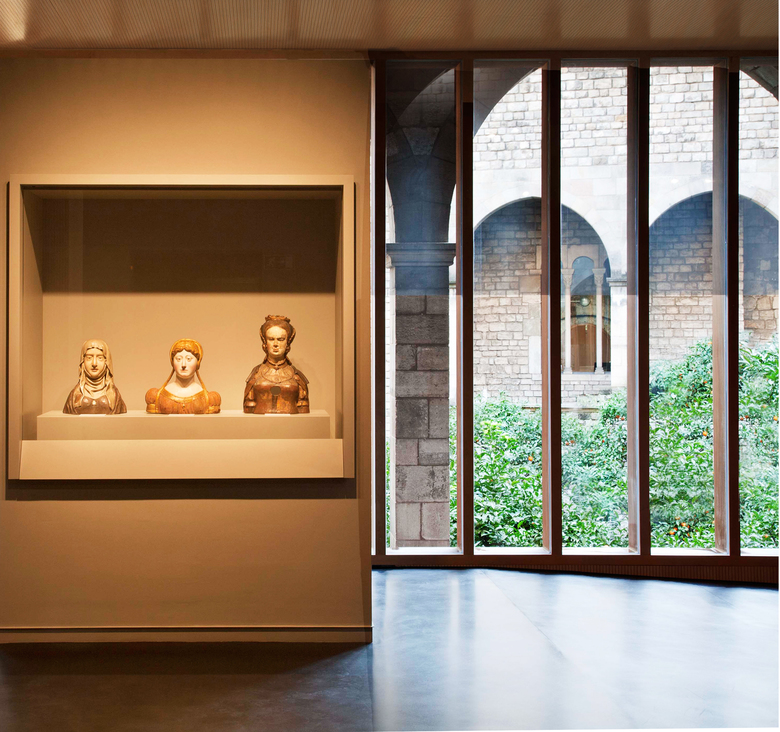 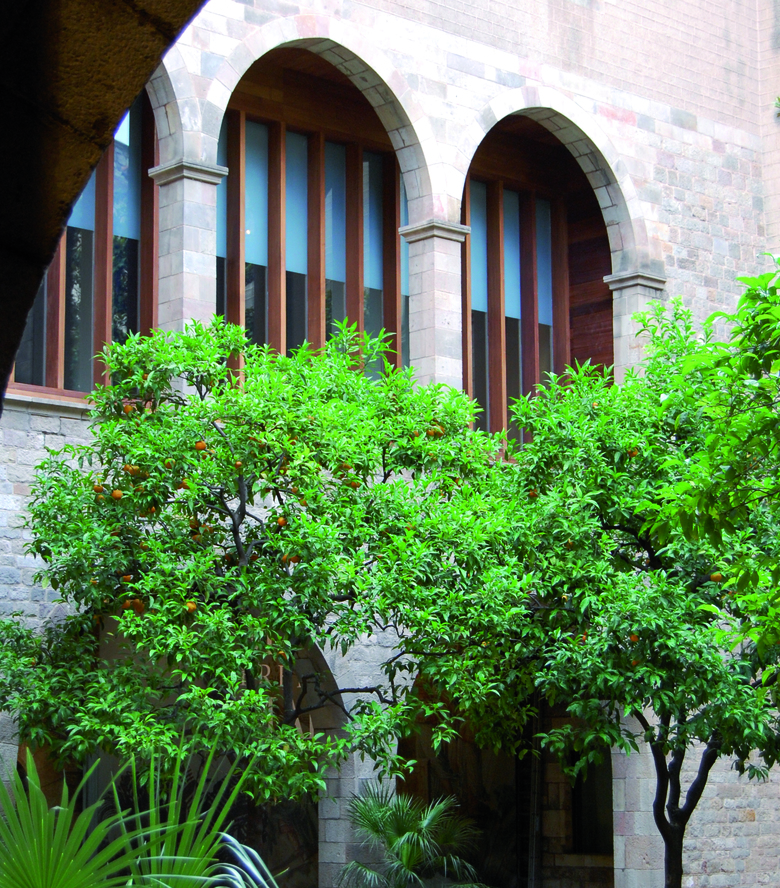 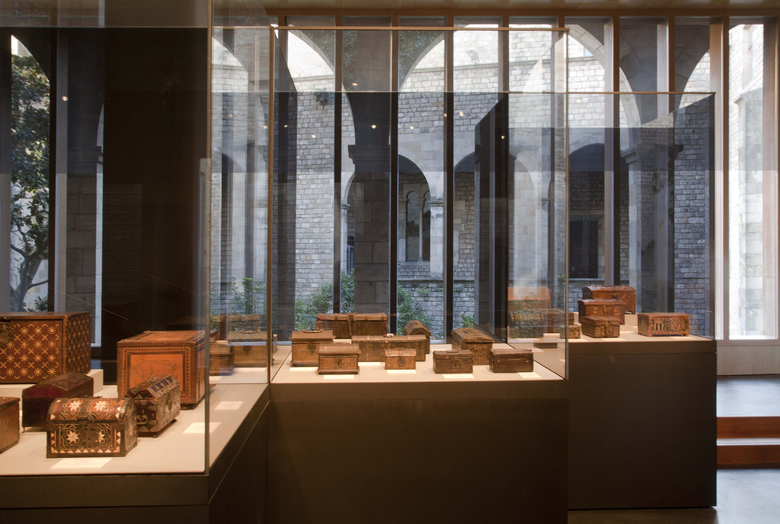 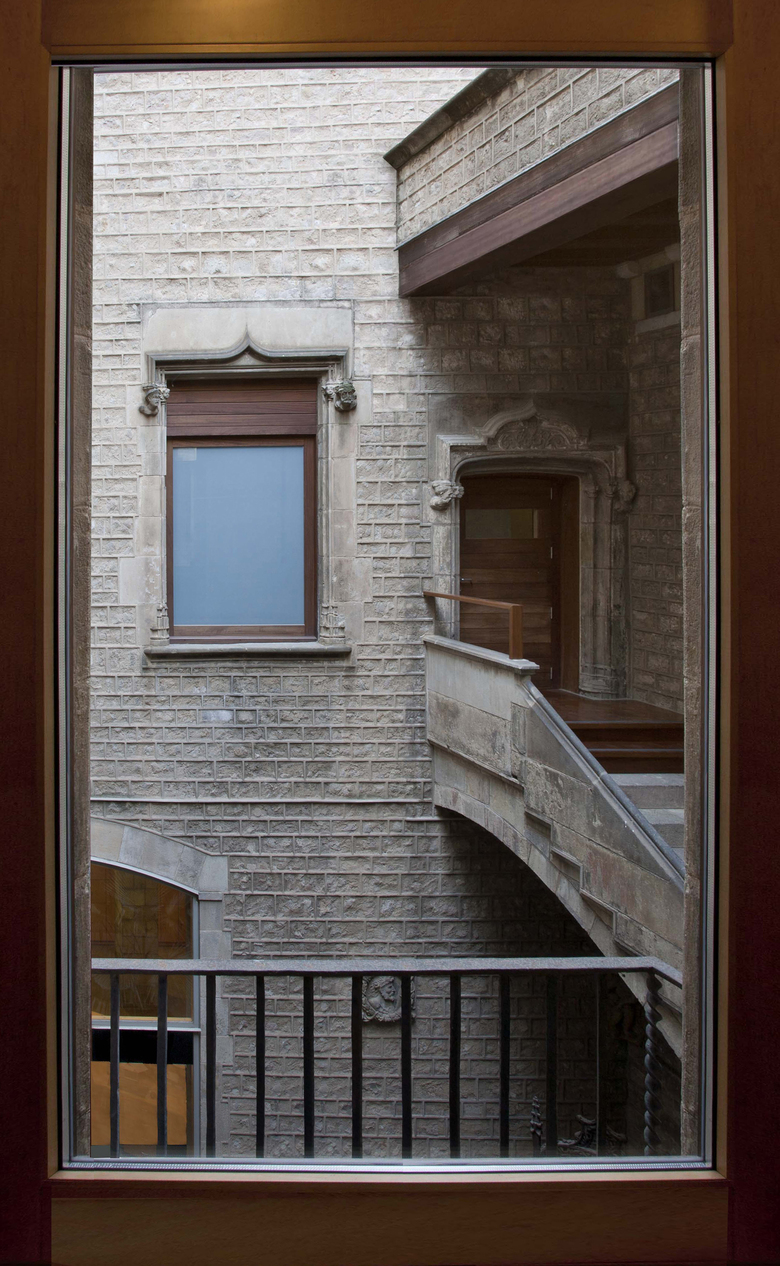 The museum project determines the architectural renovation and also the new distribution of collections to the exhibition space, in addition to the showcases, special stands, lighting and signage. The main feature of the new museum is the creation of an optimal environment for the display and contemplation of the pieces. To achieve this goal the rooms have been transformed into spaces of regular shape and size, and it has proceeded to open new connections between areas and the elimination of other existing ones. This new arrangement has resulted in a larger exhibition space and visually cleaner and the possibility of a more coherent route through the halls. The desire to relate different areas is evident with the new opening that visually connects the lobby of the first floor patio, which until now was practically hidden from inside the museum. This operation will be complemented by the provision of a glassed wall with wood carpentry located one meter behind the plane of the façade so as not to affect the composition of the patio. In the same way, the renovation was completed with the replacement of all existing carpentry by new windows that offer interesting views. Building a forged superimposed on the existing one and the reinforced of the structure of the building is another major architectural interventions. This is made with a dry construction system, based on standard steel profiles over the existing floor and walls. This framework rests on a metal plate on which the pavement is placed. With this decision we avoid, on the one hand, load testing of the current building and, secondly, to strengthen the basis of the forged connectors and including a new compression plate. It has also been reinforced from below the ceiling joists of the first floor with a profile of galvanized iron wire refilled with mortar resins. The demolition of the stairs between the first and second floors of the museum to build a new one on the same site is also part of the operation. Among the architectural elements of new construction also included a core of services adapted. Finally, we carried out the renovation of the main entrance of the building replacing the existing glass door using a double door that forms a gate input, so as to ensure environmental control in the rooms on the ground low, and also the eventual arrival and departure of parts. As Llatxer Moix stated in the daily La Vanguardia "architectural exercise don't appeals here to shout formal matters, but the murmur functional issues. Levels and alignments of the dependencies are fixed or tuned with great subtlety, the coldness of the rooms has become transformed, thanks to the warm orange fabric paint or the use of light wood panels. The furniture has been designed as showcases items in the scaffold accomplishing the role of the exhibition and in addition the sieve of the natural light. There has been acted with discretion and harmony within the few windows or openings facing the street.