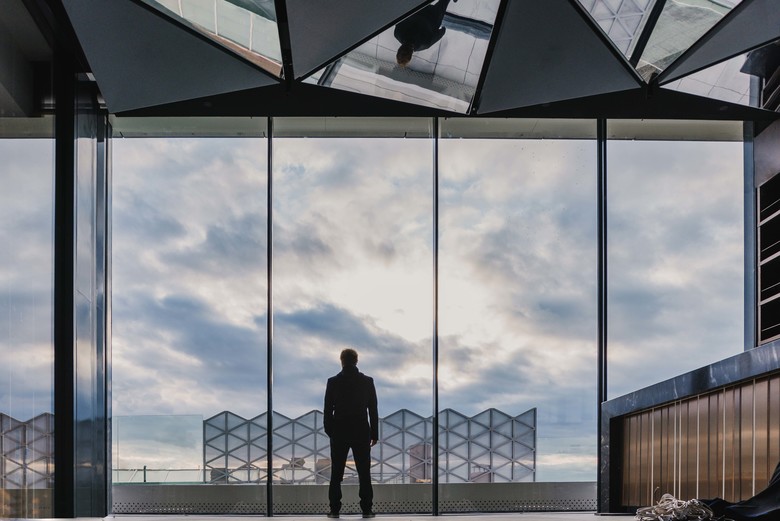 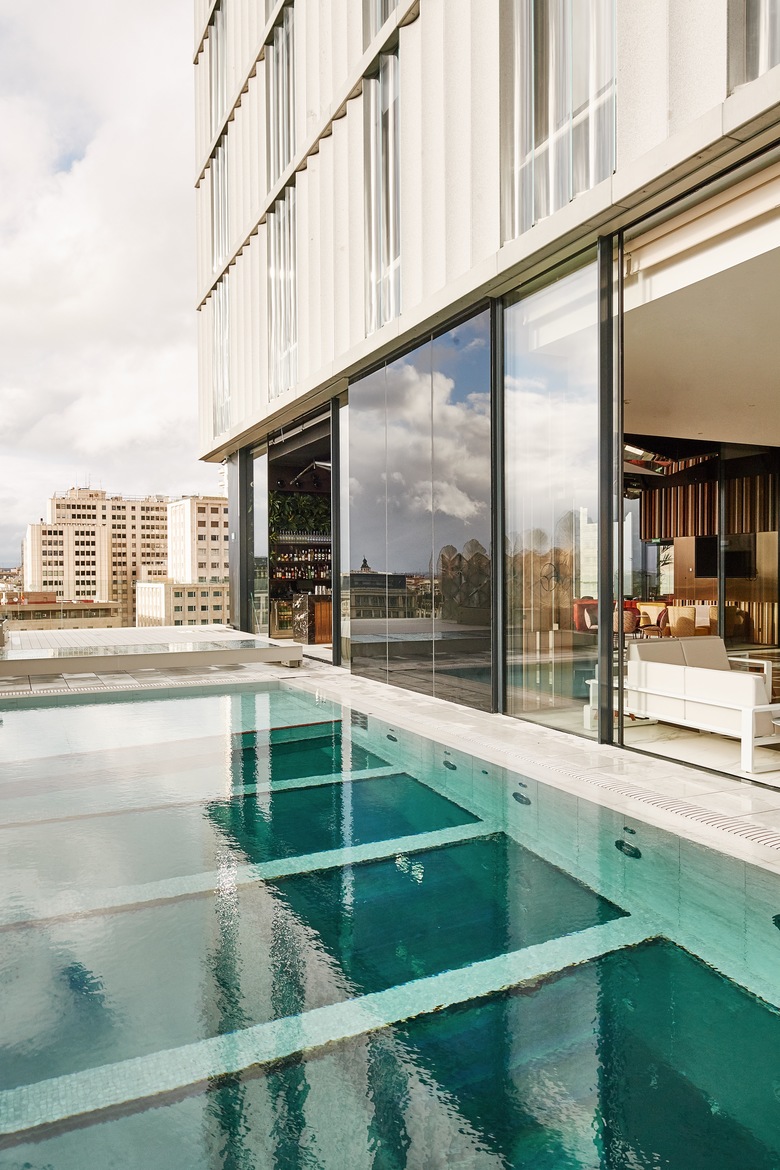 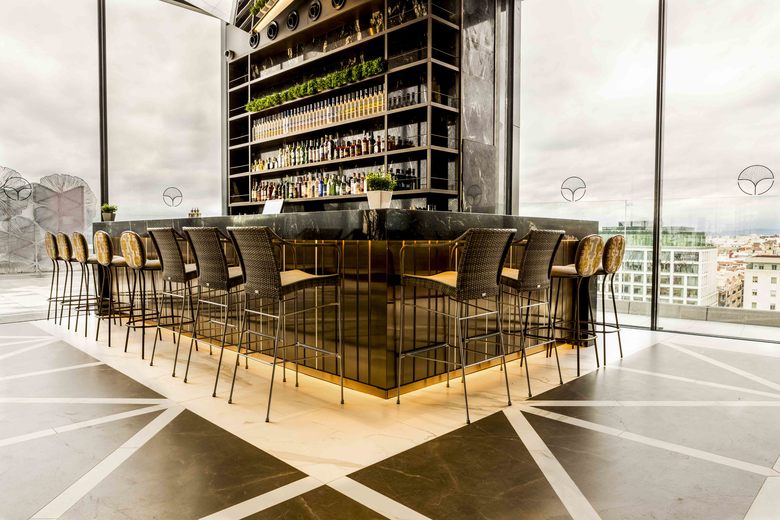 Located in Plaza de España and with singular views of the center of Madrid, VP Hoteles is opting for a new and innovative design concept in its hotel that is intended to create experiences.

The dialogue between the vegetation in the Plaza de España and the building is one of the underlying threads in the new hotel’s design. The independent lobby for the wellness zone and Ginkgo Sky Bar is framed by laser-cut, engraved metal sheets that represent the ginkgo leaf, while the inside recreates a wooded forest with corrugated wood panels that rely on lighting effects to create a natural ambiance.

Located on the 12th floor, the Ginkgo Sky Bar melts into its surroundings, blending the limits between the outside and its inside. The panoramic views over the rooftops of Madrid and the verdant surroundings of the Plaza de España make it an exceptional space in the capital. The Sky Bar also features a ceiling facetted with mirrors, where the reflections of the verdant setting of the Plaza de España and the Sky Bar mix to multiply the sensation of airiness

Looking out over the Ginkgo Sky Bar are three spectacular bars, located strategically to arrange the space and allowing it to be transformed. The Sky Bar can be laid out as a single area or as several independent spaces.

The solarium surrounding the bar has a pool that can be covered with two glass platforms, thus transforming it into a terrace, and it has a glass bottom that allows natural light to filter into the hotel’s atrium. This space was designed so that it could be transformed for multiple uses, like a bar, private hall, chill-out lounge or discotheque, the only one in Madrid that rises above the capital’s rooftops. Also, Studio Gronda designed the Biloba Wellness Center.