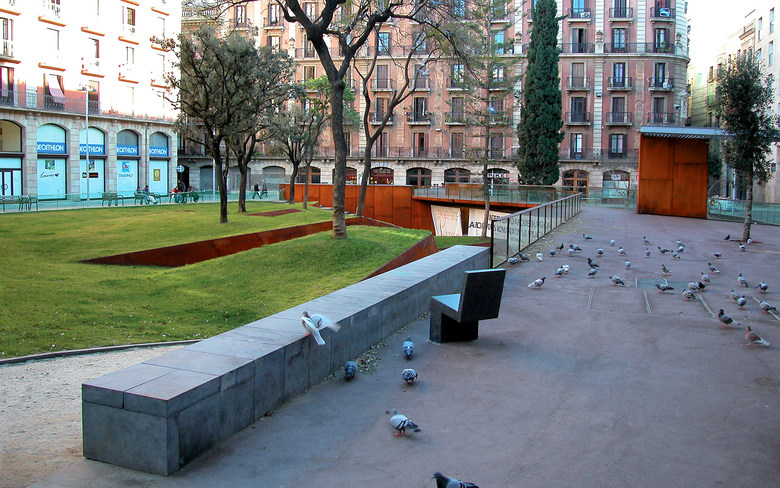 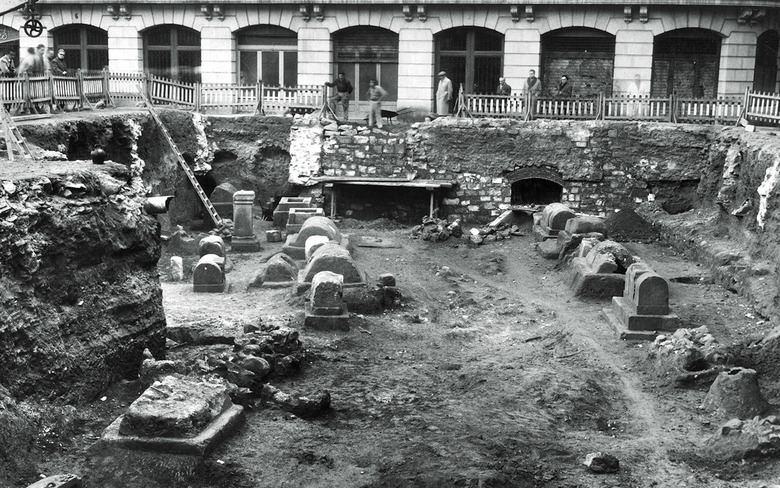 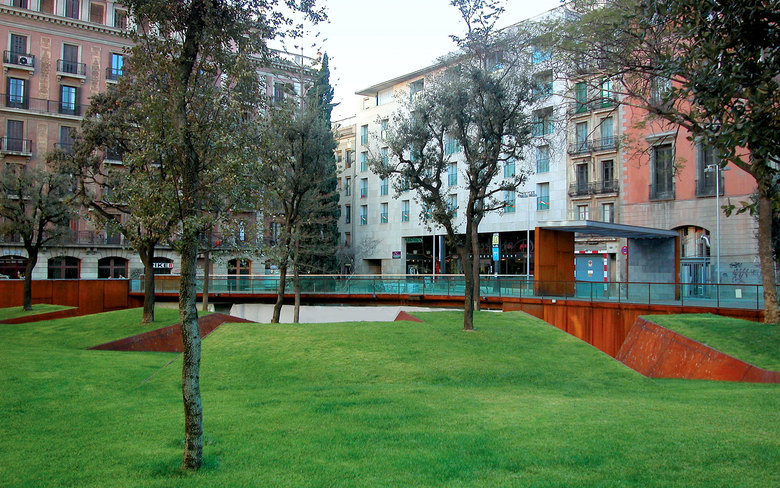 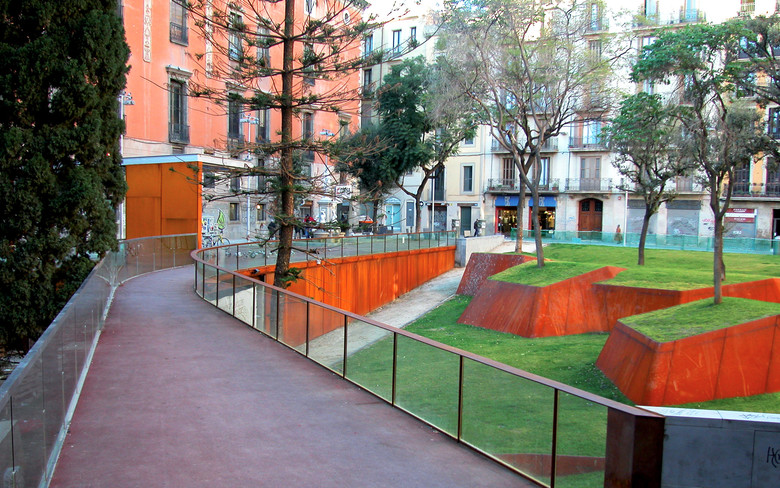 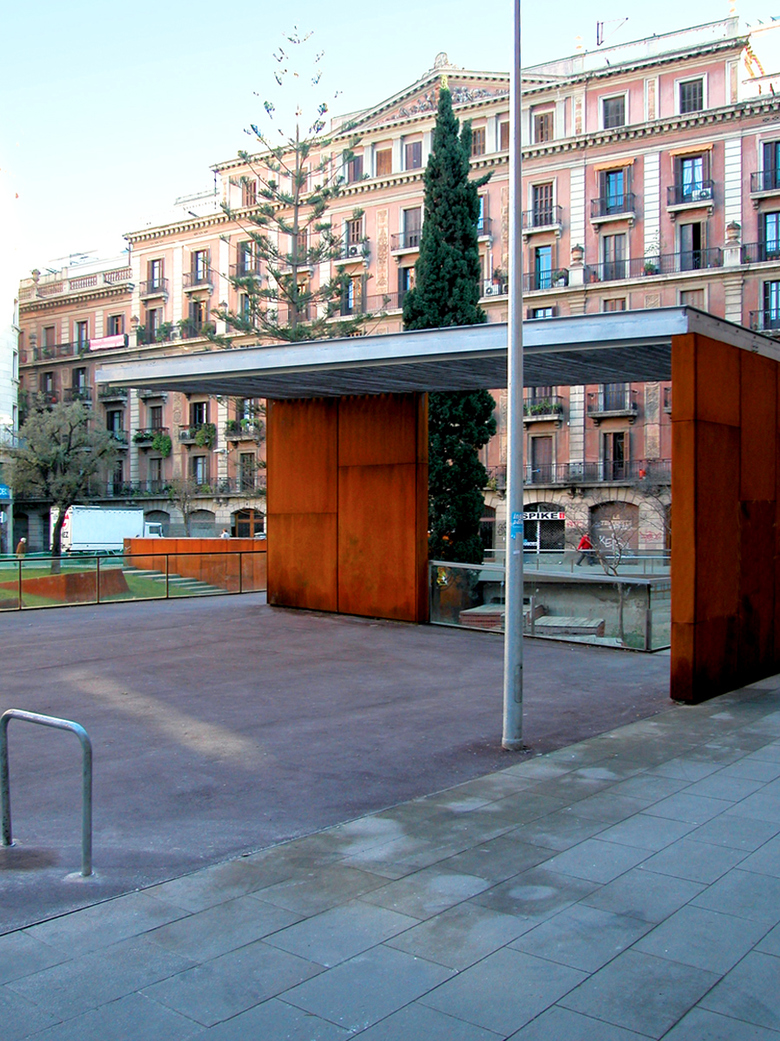 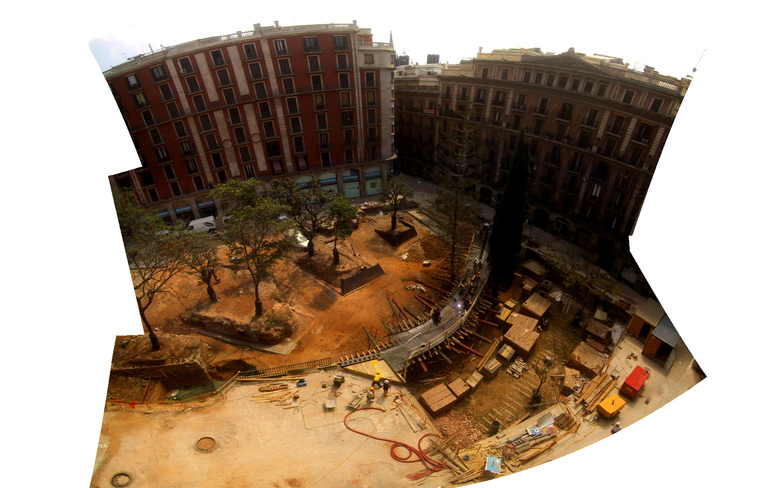 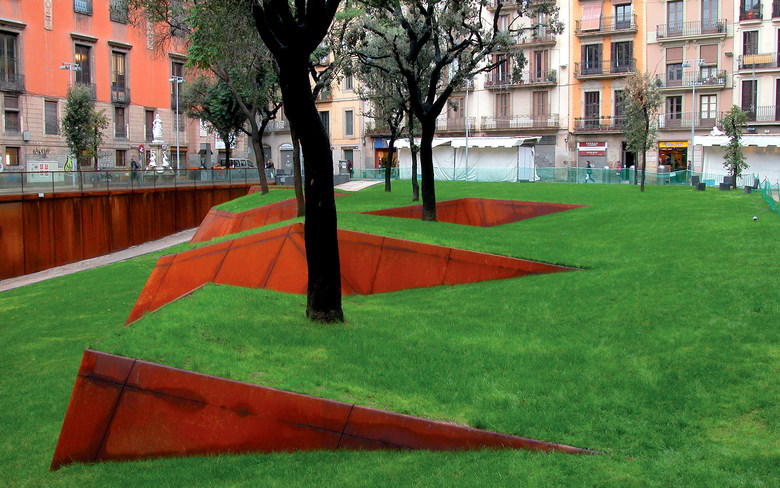 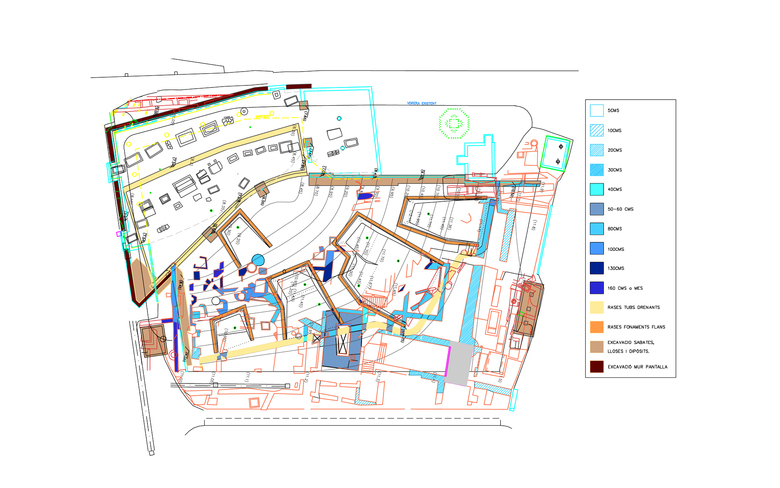 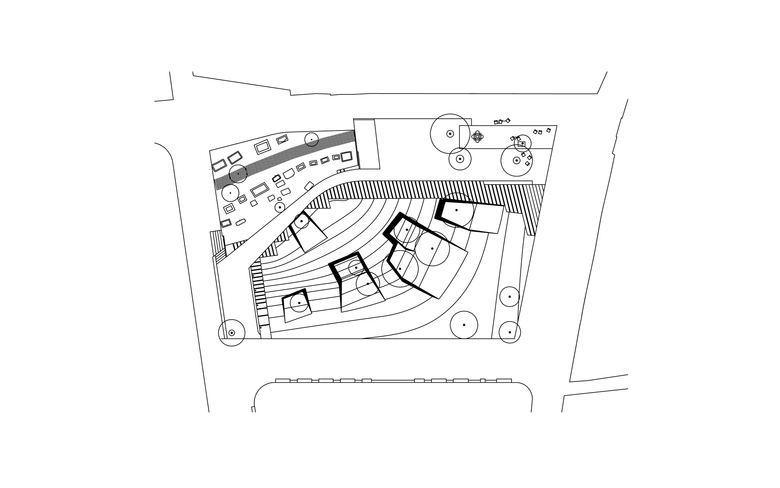 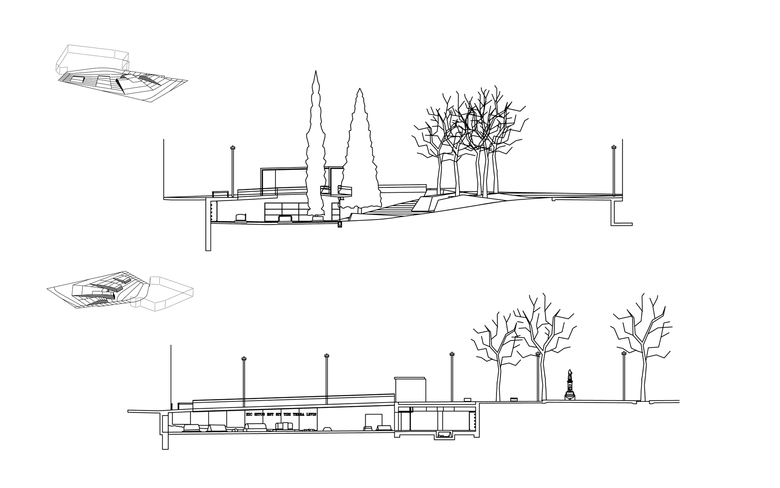 The departure point for this project was the particular role of Plaça Vila de Madrid in the system of public open spaces in the old town of Barcelona. The design sets out to revitalize the square as an urban pedestrian space, respecting its individuality among the surrounding fabric of streets and plazas, and celebrating its archaeological site: a roman necropolis, one of the most important vestiges of the Roman Catalonia.

The square is presented as a public urban garden: partly because it is the way to respond to their uniqueness archaeological site, in part to continue the same concept of the intervention, and finally in part because it was always imagined as a place different from the urban areas of commercial activity (sometimes frenetic) surrounding it.

The project proposed a central stretch of grass on the same level as Carrer Canuda and the eastern side of the square. This stretch is carpeted with grass and most of the existing trees were preserved. The grassy surface slopes gently down to the level of the Roman necropolis.