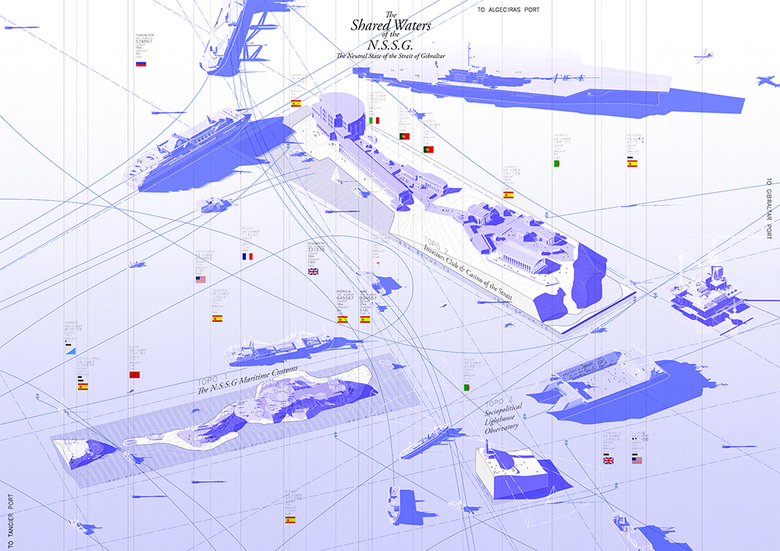 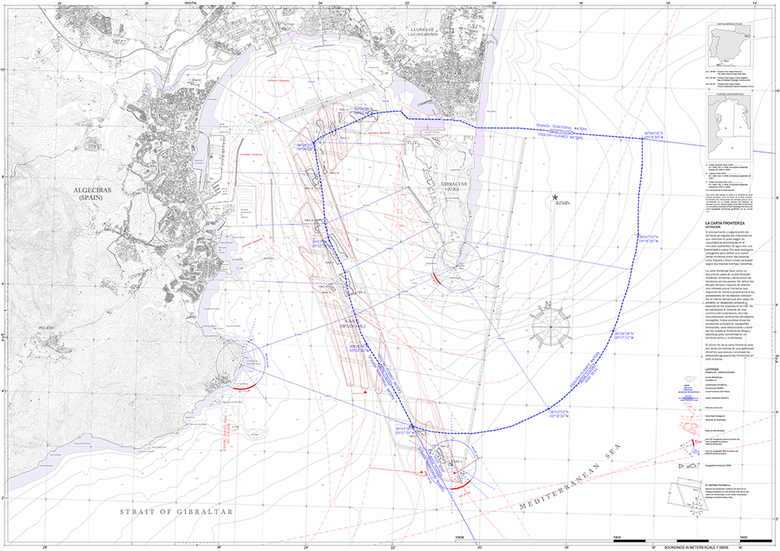 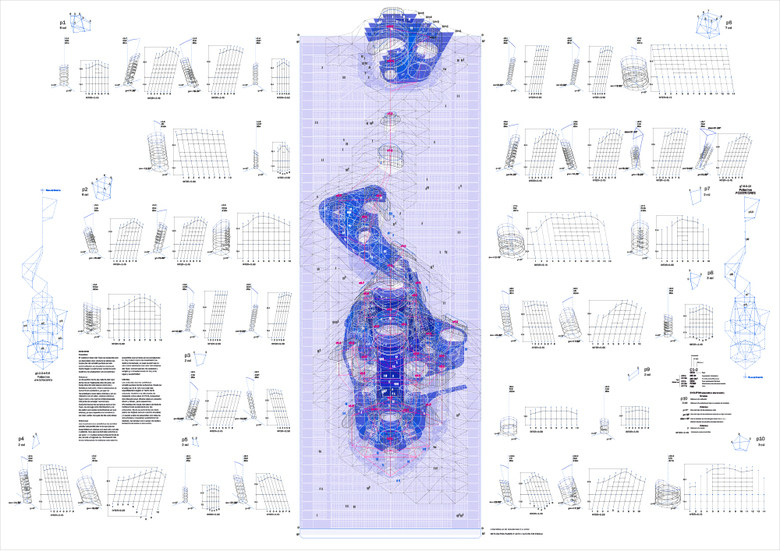 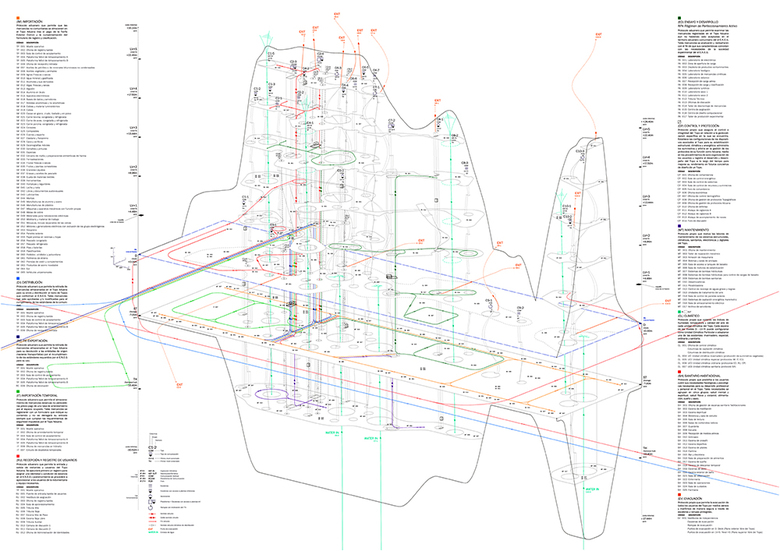 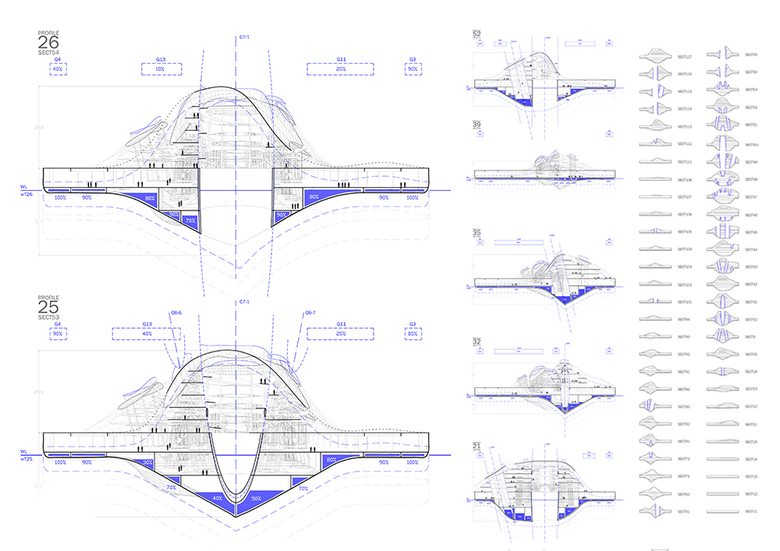 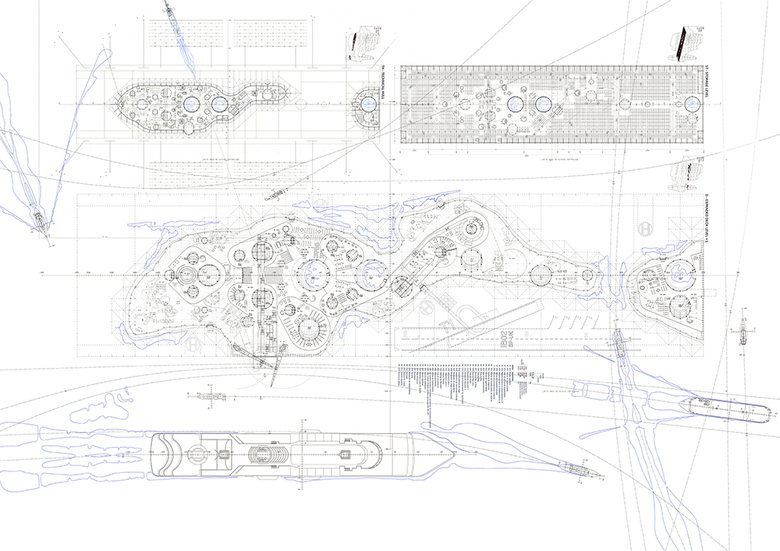 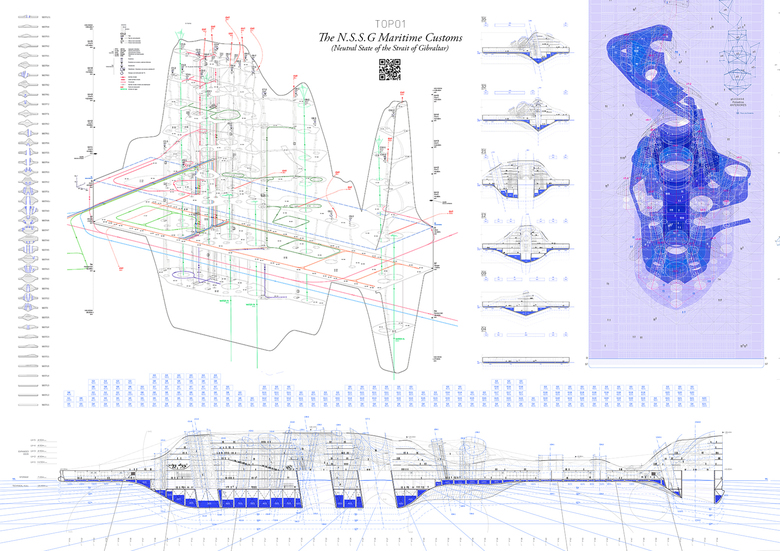 "GeoFront is the technical fiction where the bureaucratic fiction of the Creation of the N.S.S.G (The Neutral State of the Strait of Gibraltar) takes place: A virtual construction from social and political, to infrastructural and architectonic scales."

Borders are thick lines of negotiated boundaries and territories that demarcate the belonging, and the definition of place. Those qualities are strongly highlighted on our european borders, like the water frontier between Algeciras and Gibraltar, settled on 1715 during the Treaty of Utrecht when Spain transferred the rock to Great Britain. These qualities makes this place the most suitable to create a Neutral Frontier State as a prototype for future settlements, so that the first guideline of the GeoFront Plan will be to occupy this edge.

Analising, sketching out, ordering and clasifying. Nautical charts, maps, diagrams, lists, plans and bibliographies. These are the elements that form the tools of the architecture in this project. From the beginning I tried to capture all the knowledge and skills that I got from the architecture school, so I decided to create a project container that let me work with all of them.

The project was born with the purpose of setting the architecture in the spotlight of the political conflict between two nations, United Kingdom and Spain, at the Strait of Gibraltar. So its first experimental result come of creating a new state througout the waterfront at the Bay of Algeciras. I strongly believe that we need to change the way the territory is understood, so this state acquires an anti-dissolutive and pro-occupational attitude: It turns the borderline into a valuable strip, not just a boundary.

The constituent territories of the state are named Topos, and are sketched as geographic canvases. They submerge to blur their limits and they reappear claiming their location. They pretend to be virgin territories and they are programmed as self-sufficient organisms in the sea. These Topos are not islands, because they are not isolated places, they connect economically, politically and socially their surroundings, and complete the protocols map of the territorial unit. When not necessary, they are relocated into more conflictive geographic coordinates. The first Topo to be launched will host the Maritime Customs of the New State.

From this point, the project statement is clear: create a system able to coordinate the technical and bureaucratic fiction of this state. On the one hand, the charts that define its territorial implementation and guide in the development and qualification of the first Topo. On the other, the sociological approaching charts that explain the foundation of this new state.