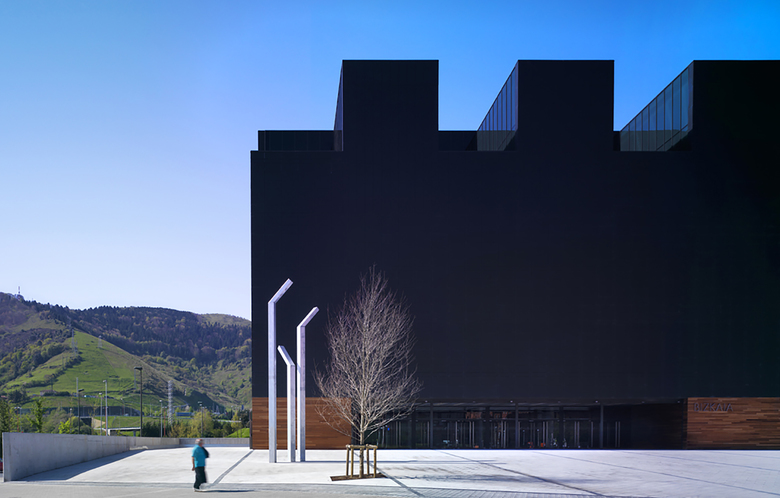 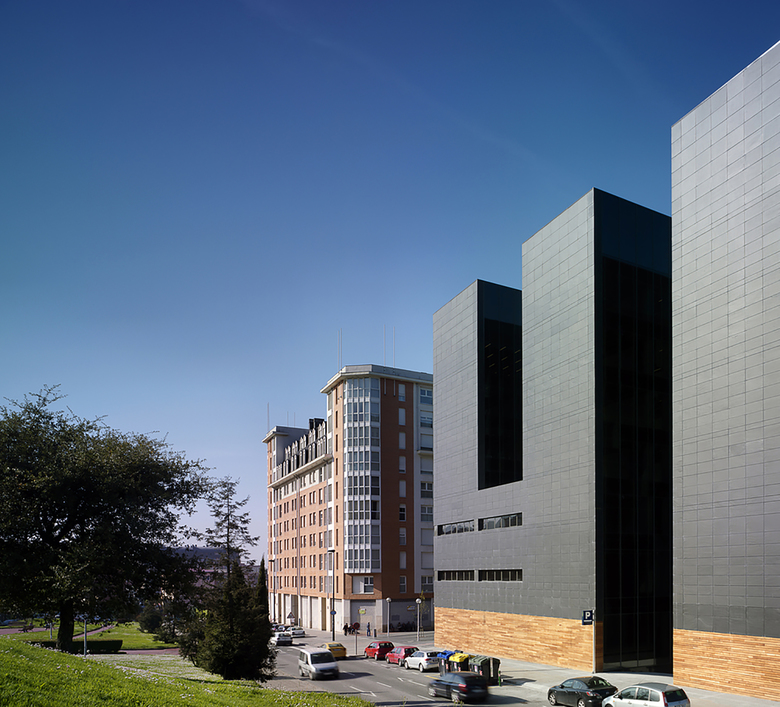 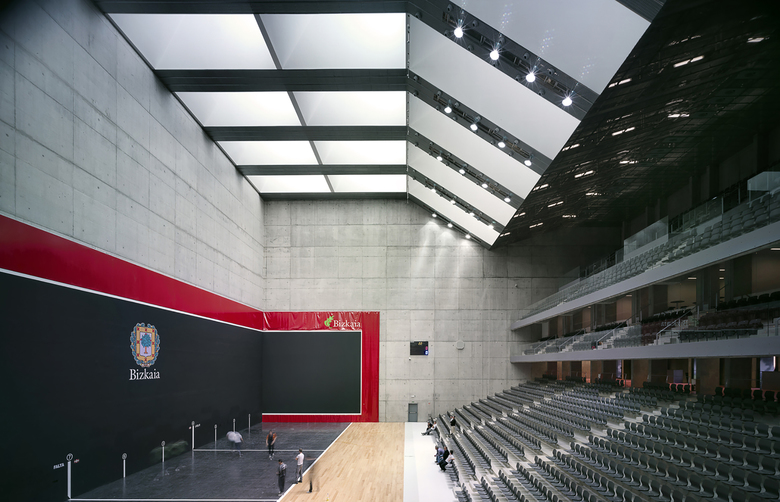 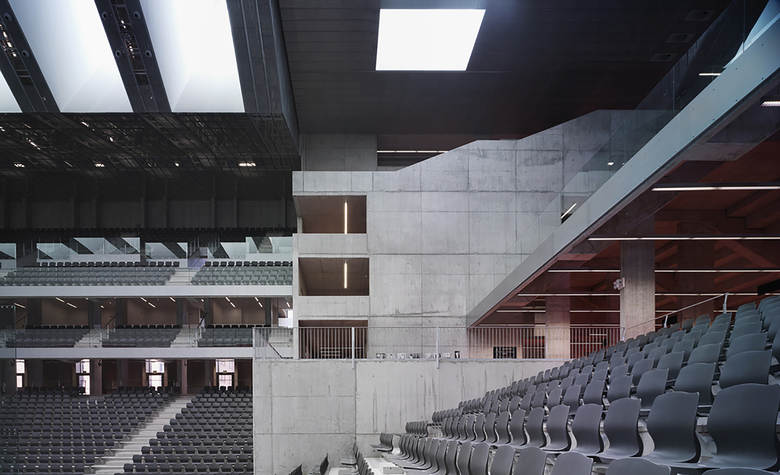 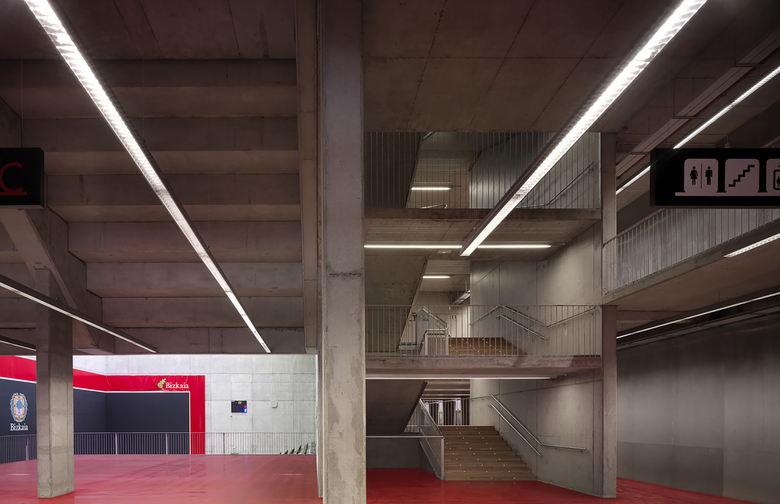 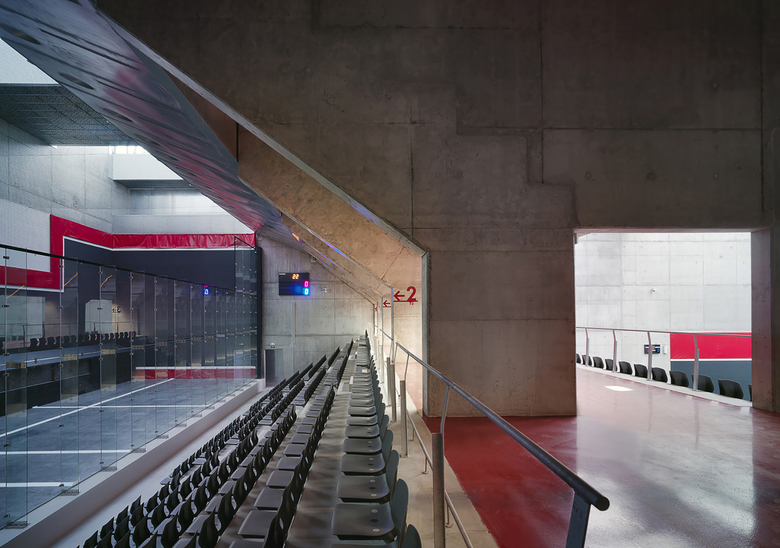 The building is located on the outskirts of the city, at the far end of the urban extension of Bilbao’s Miribilla district. One side faces the terraced land, the countryside, the mountains and the access road to the city. The other side faces adjacent residential blocks and a park in the south. The design plays with volume and scale such that it links with its immediate surroundings and the distant scenery. Thus, the nearly blind facade facing the highway becomes a perforated form in its contact with the houses and with large openings which allow natural light enter the office area.

The sporty interior space is constructed as an articulation of large empty spaces generated by the structure of the spectator stands. As a consequence said space is a continuous and open one, ranging sequentially from the compression of the corridors to the expanded areas designed for congregation and sport. An interior landscape has been created full of visual and spatial connections.

The large mass, the space and the natural lighting evoke the sensation of being in one of the historical outdoor playing fields. The skylight solution allows for a lot of light to enter, but it also focuses it on the playing area leaving the spectator on a different level that gradually ends up in darkness such that the sport area gains a kind of theatrical effect.