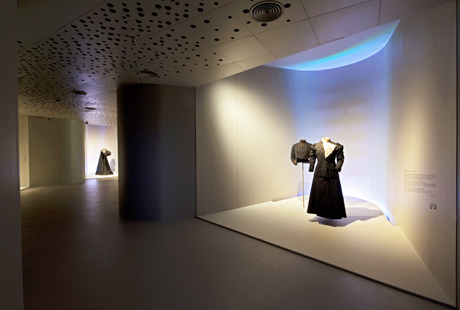 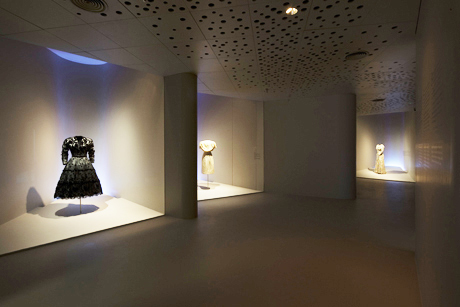 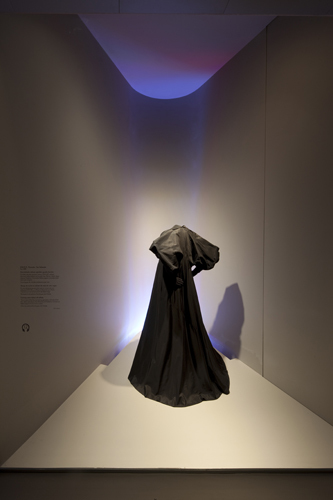 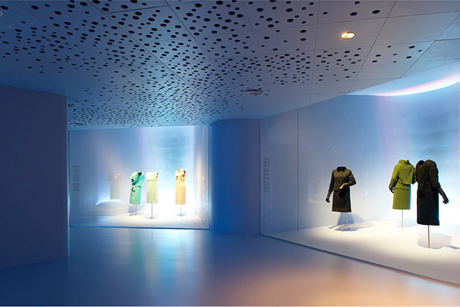 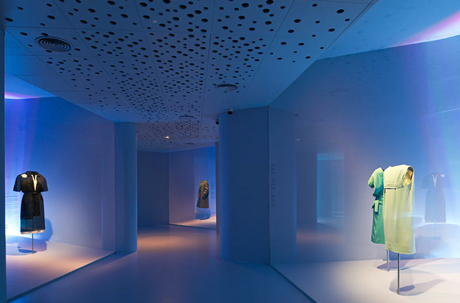 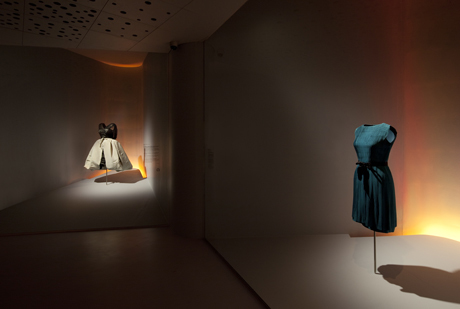 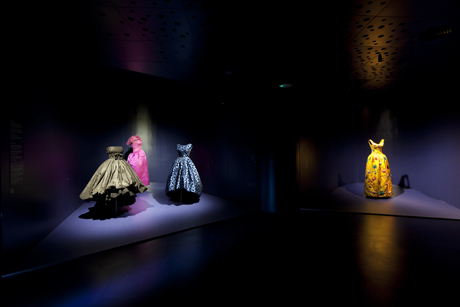 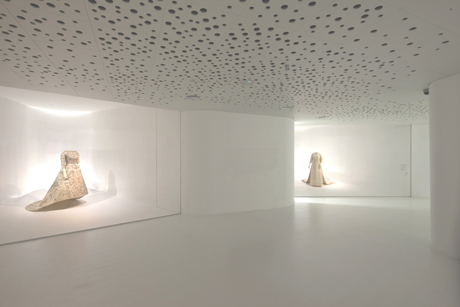 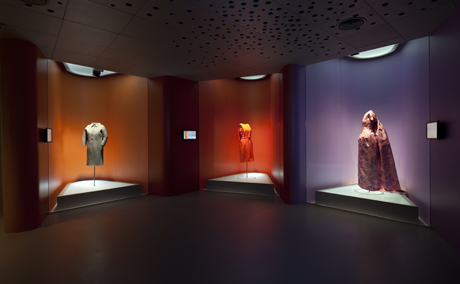 The museum design project positions Balenciaga in the ambit of the great creative figures of the twentieth century, overcoming all hierarchical disciplinary barriers. Both spacially and conceptually speaking, his designs are displayed as they would be in any art exhibition, with contiuous and fluid spacing where the spectator and the piece itself share the same environment without separation. The whole setup is divided into six themed areas which correspond to the permanent exhibition rooms:Early period, Day, Cocktail, Night, Bridal, Essential. The first five categories are positioned fom the aesthetic value of the artistic quality of the pieces. The design precision and the the formal beauty of these mean that the exhibition can be organised in the same format as that of a sculpture exhibition. The pieces are placed to work on their own as much as possible, strengthening the spaces around and between each other, leaving the necessary and lit space in such a way that the maximum expression is given to the design. This keeps the pieces from being over contextualised. Because Balenciaga’s designs have such strong natural presence in their own right, there is no need to overplay the arrangement, since far from adding depth this would simply charicature and limit the range of expression of the individual piece’s standing. Because the exhibition has many pieces which are of similar scale and character, what we will do is introduce a series of differently lit zones in conjunction with the time of day when the costumes would be worn, with the intention of enhancing the dynamism of the exhibition. The Early Period room is a neutral and slightly vague space. It is the place in which the promise of what Balenciaga will come to mean is first announced. These are not his best pieces, but they illustrate the first steps of what will be a brilliant career. In the Day room, we look for a white, morning light...winter or spring. A light in which things are seen clearly, without veils. A flat light, sincere and modern – the light of the avant-garde. The light is falling in the Cocktail room. The orange light of sunset. A placid light at the end of the day, promising nightfall. This is an ambiguous time full of suggestion and fantasy. This light hints at “fiesta” and unrealness, of unclear and more elaborate relationships. A more fantasy and artful space, conjuring a theatrical hour. In the Night room, all is dark, lit by the light of the moon. Nothing is certain other than that which shines beneath the light from the stars. This room will be dark and the clothes will be lit by direct spotlight making the shining details dance, enhancing the virtuoso work. This is a light which emphasises the weight of the volume and richness of the colours. The Bridal light is white, ethereal, almost celestial. The light of purity and immateriality. The bridal space has to be mystical. A sacred space, bathed in light...just like the white churches of the Mediterranean. In this case, the light will come from above as if there is a skylight or dome where tainted sunlight can enter. The Essential room is the analytical room, where all is explained about the technical achievements of Balenciaga’s precise work. What is behind the rooms, behind the women, an investigation into form and material, a methodical craftsman, an architect in the conception of a new woman in this space.