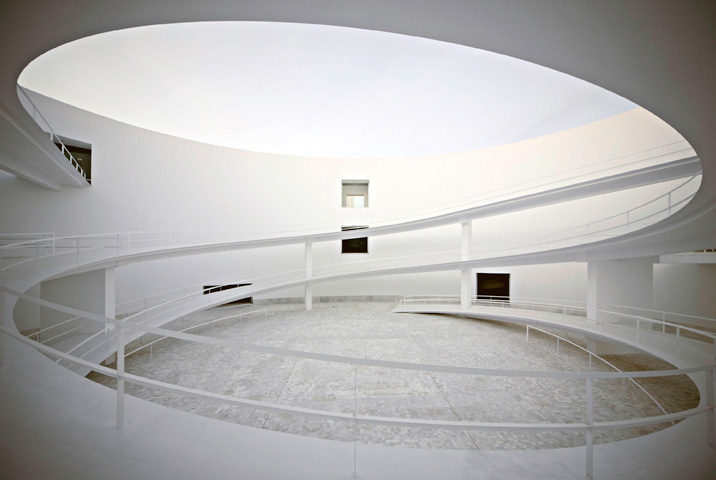 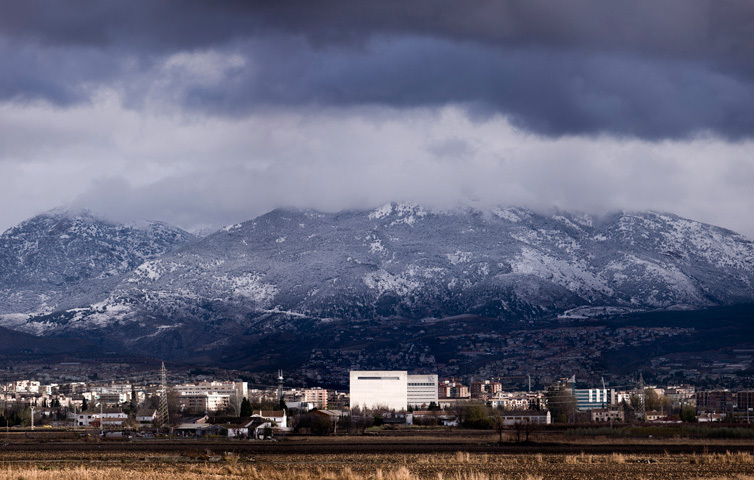 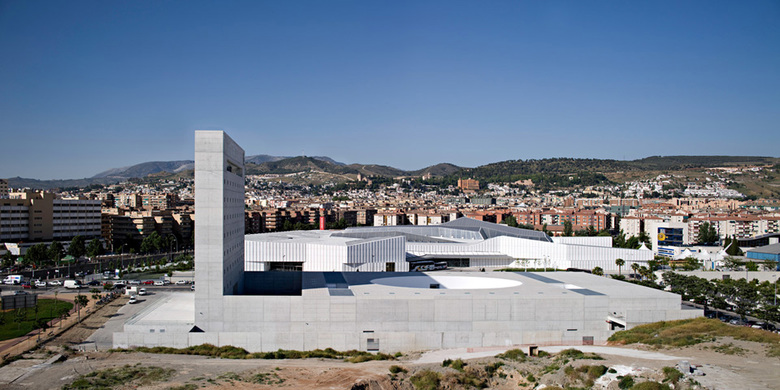 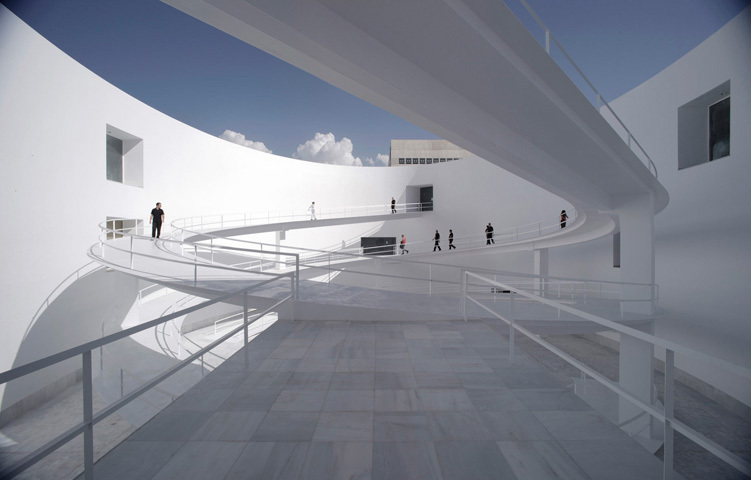 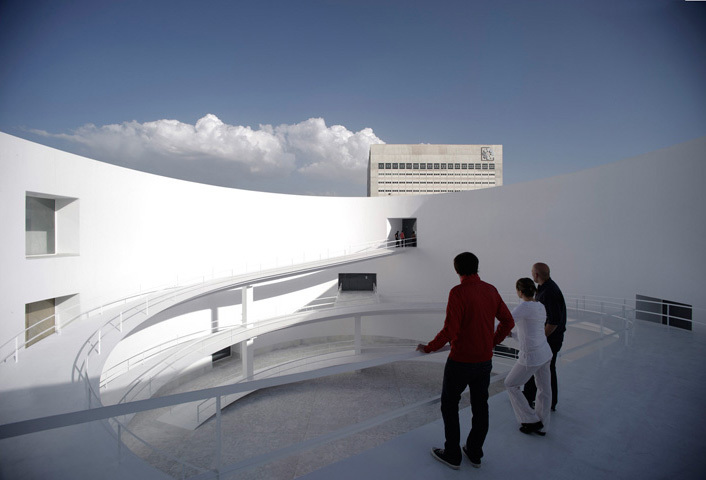 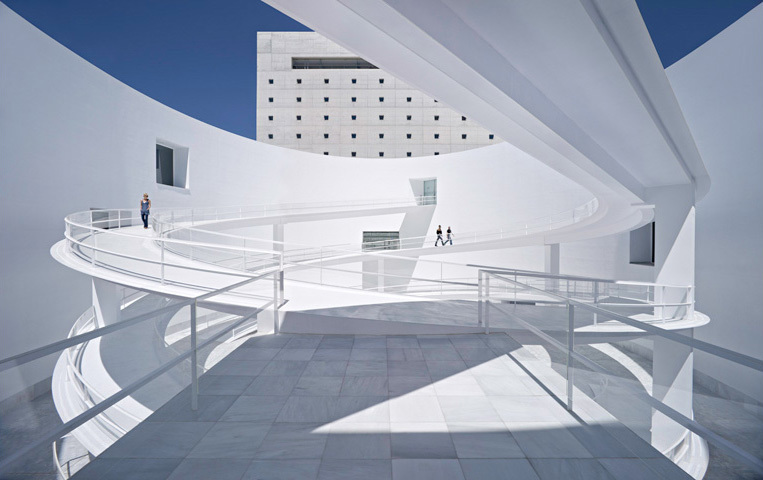 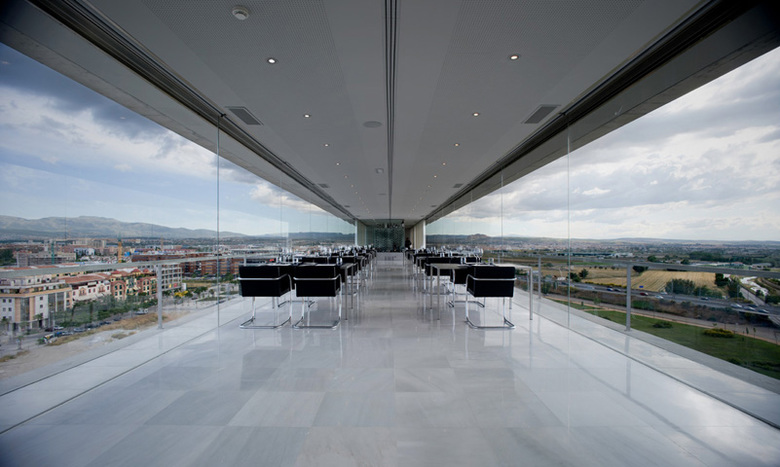 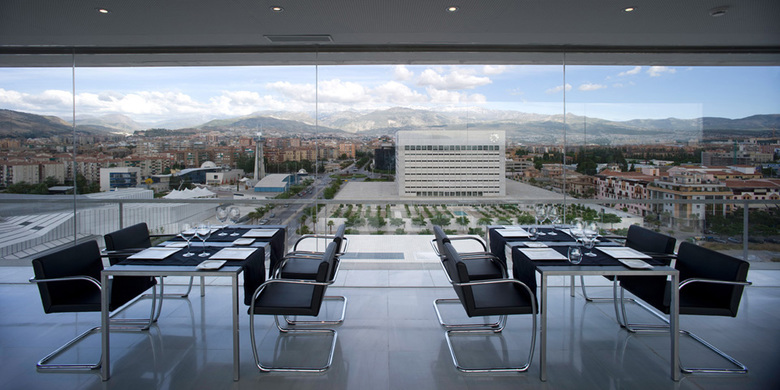 We would like to make “the most beautiful building” for the Museo de la Memoria de Andalucía (Andalusia’s Museum of Memory) in Granada. The MA. A museum that would convey the entire history of Andalusia. As early as Roman times, the geographer Strabo described the inhabitants of Andalusia as “the most cultivated of the Iberians, whose laws are written in verse.”


Our project for the MA is a building that continues the Central Headquarters of the CAJA GRANADA Savings Bank that we finished in 2001. We propose a podium-like structure measuring 60×120 m and rising three stories, so that its upper level coincides with the podium of the main CAJA GRANADA building. And its façade as well. Everything is arranged around a central courtyard, an elliptic form through which circular ramps rise, connecting the three levels and creating interesting spatial tensions. The dimensions of the elliptical courtyard have been borrowed from the courtyard of the Palace of Charles the V in the Alhambra.

And to finish the whole a strong vertical piece emerges, as if it were a Gate to the City, the same height and width as the main building of the CAJA GRANADA. From the highway that encircles Granada it appears as a screen-like façade covered with messages writ large plasma screens that entirely cover it. Like Piccadilly Circus in London or Times Square in New York.

And to finish the entire operation, a large horizontal platform extends all the way to the River, the MA FIELD, serving as a public space for this new quarter of the city of Granada.

The new building, silent in its forms, is loud in its elements used to communicate the messages of the new millennium in which we are already immersed.

House of the infinite